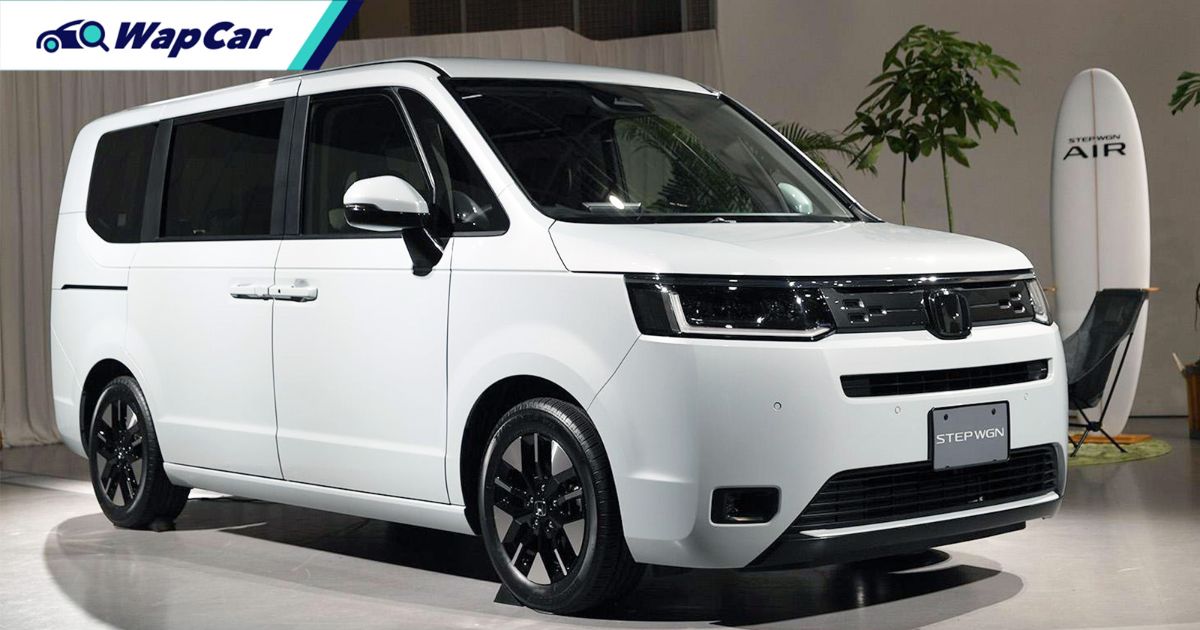 Compared to its rivals, the Nissan Serena and the Toyota Noah/Voxy, the Honda Stepwgn sold poorly even with a brilliantly packaged interior and a smart tailgate design. The outgoing generation has also been on sale in Japan for 7 years, so it’s definitely due for a replacement. 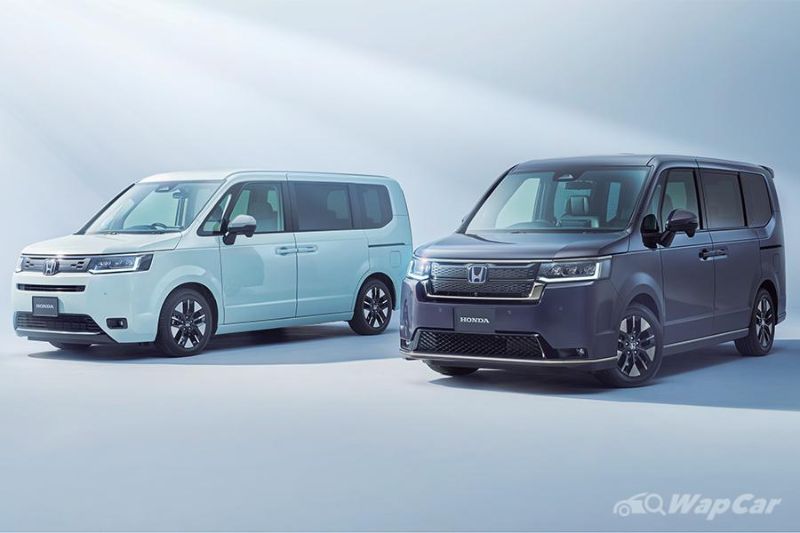 On Friday, 7-January 2022, Honda unveiled the all-new 2022 Honda Stepwgn in Japan with official prices to be announced in the first quarter of the year. The all-new 6th-generation MPV is a call-back to the original Stepwgn that was launched in 1996.

The minivan was a revolution in terms of design with an airy and spacious cabin as well as a tall frame. In fact, Honda is targeting those who grew up with the original Stepwgn for the all-new 6th-gen. Those kids would have their own families by now and perhaps seeing the familiar design might evoke some precious memories. 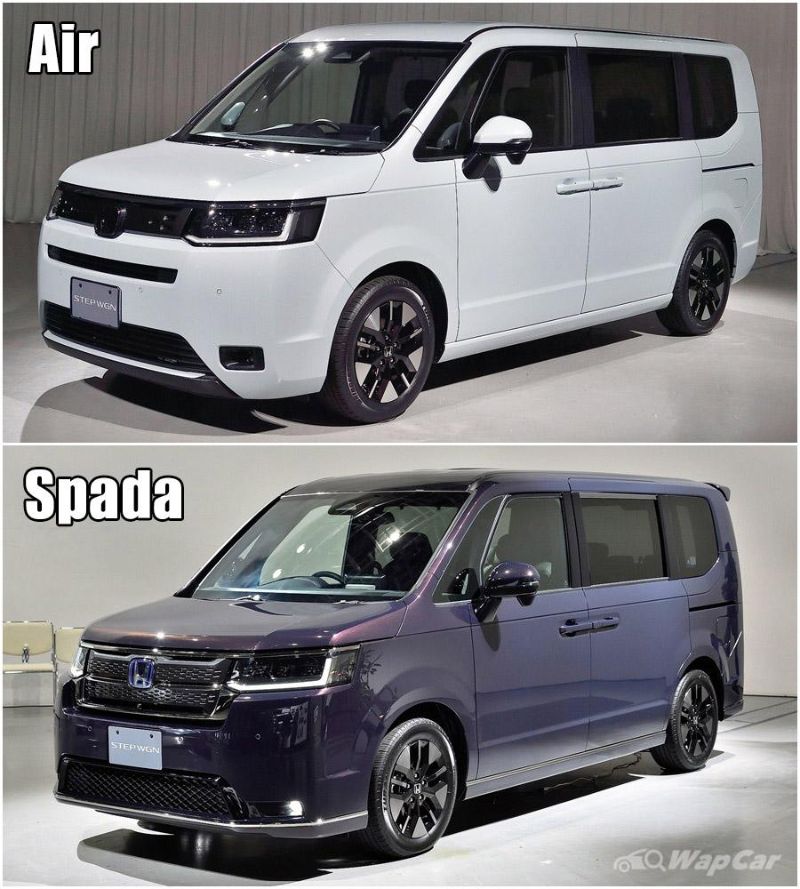 The all-new Stepwgn is available with two grades, the regular Stepwgn is given the Air nameplate while the sportier-looking grade maintains the Spada name.

Aside from a few trims and accessories, both the Stepwgn Air and Stepwgn Spada are essentially the same but it’s very likely to see the Spada getting more traction here compared to the Air. After all, Malaysian buyers would tend to go for the more sporty-looking minivans like the Toyota Vellfire and Toyota Voxy though the former might cease to exist when the next-gen is launched. 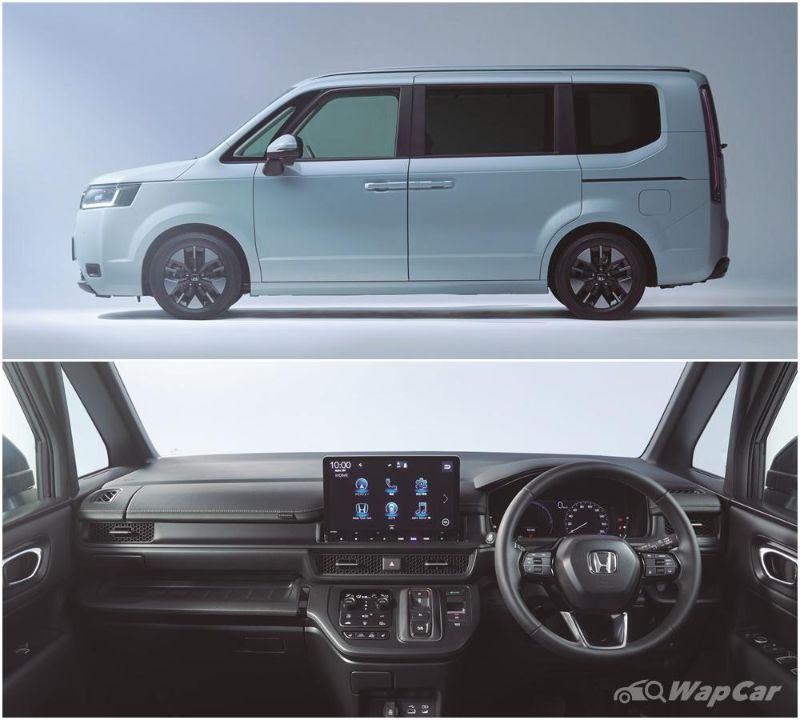 Still, the overall boxy shape with a front overhang isn’t just a design homage to the original Stepwgn, it also enhances the field of view for the driver. Honda has claimed that the redesigned A-pillar expands the horizontal viewing angle from 57.7° on the previous generation to about 60.5°.

Inside, the all-new Stepwgn is solely a 7-seater with a 2-2-3 arrangement. The middle row features a pair of individual seats but they can be adjusted in a variety of ways depending on the occupants' preference. 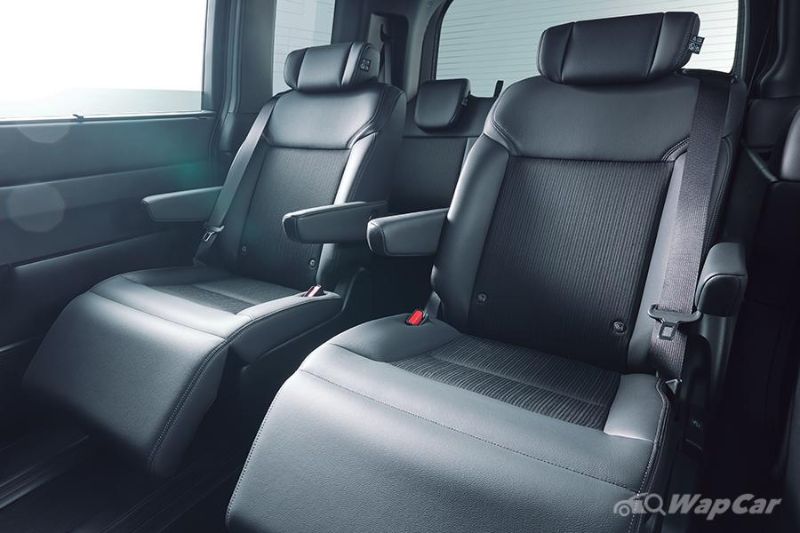 Opt for the Stepwgn Spada and buyers would get fancier leather ottoman seats instead of the fabric seats on the Stepwgn Air. Surely, this would entice some would-be VIPs who also crave that sweet, mesmerizing H-badge.

The practicality doesn’t end there with the third-row seats being able to be folded flat to allow for more cargo room. Besides, the second row can also be folded into a bed so imagine the City Hatchback’s ULTRA seats but on a bigger MPV.

In spite of all these practical features, the all-new Stepwgn dropped the ingenious “Waku Waku” doors from the previous generation. The smart tailgate/rear door allows easier entry into the third row but perhaps it’s more of a gimmick than a practicality for most buyers which is why Honda dropped it.

Sticking to the rear, the Stepwgn sports a similar design to the Hyundai Staria with its vertical taillamps even if it is another homage to the first-gen's design. Granted, the Staria is a much larger MPV that targets the likes of the Toyota Alphard but we can’t help to see that futuristic similarity.

Powering the Stepwgn is a turbocharged 1.5-litre VTEC engine or a 2.0-litre e:HEV hybrid powertrain. Honda has yet to release performance figures for either unit but both engines are available with either front-wheel-drive (FWD) or four-wheel-drive (4WD).

Also read: Saying the Civic 1.8S is a better RM 100k car than the Honda City RS e:HEV is flawed logic, here's why

Standard on all variants of the Stepwgn is the Honda Sensing ADAS suite which features collision mitigation brake assist and traffic jam assist.

Prices for the Stepwgn would be announced later along with the performance figures. However, Honda has also released some accessories to spruce up the Stepwgn’s looks via Honda Access which includes some sharp-looking 16-inch aluminium wheels and a 15.6-inch overhead monitor to keep rear occupants occupied on something else besides a smartphone or tablet.