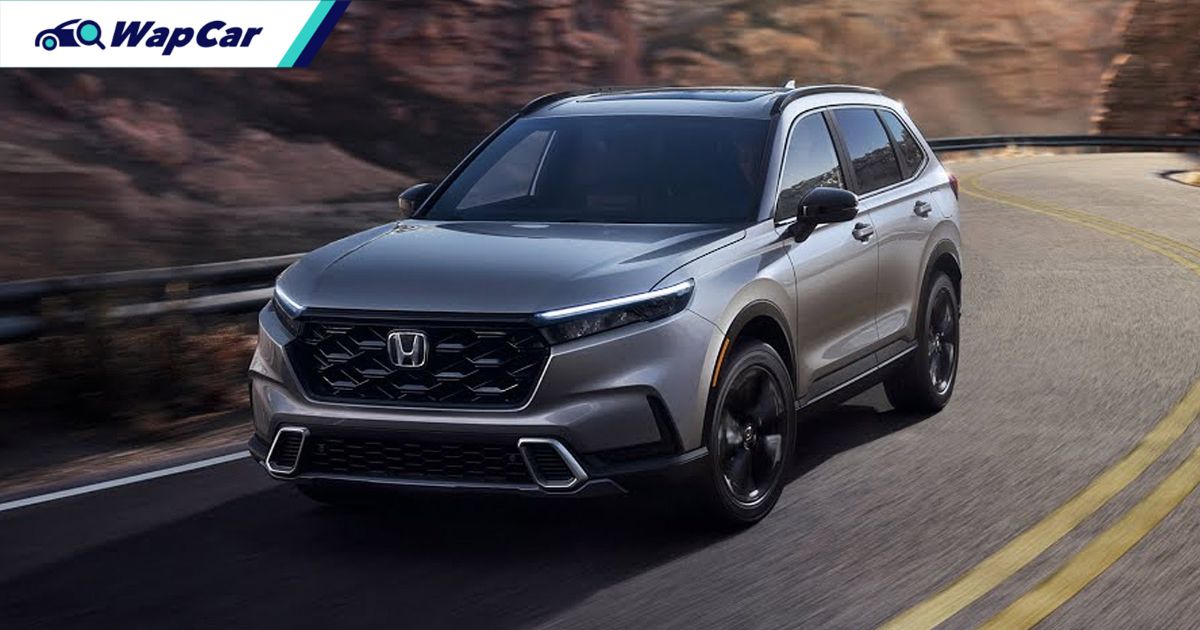 Honda has just unveiled the all-new 2023 Honda CR-V, which will begin to replace the fifth-generation model in North America starting later this year. 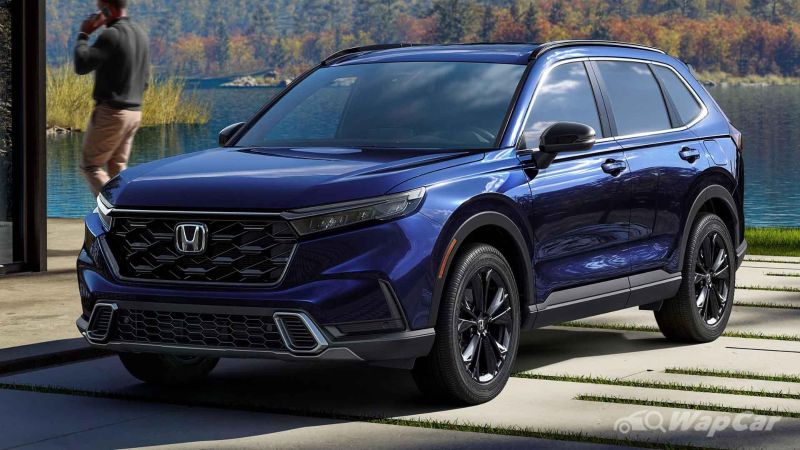 At launch, Honda will be offering the 2023 CR-V with an updated turbocharged 1.5-litre that does 193 PS and 243 Nm. Thanks to a new high-efficiency turbocharger and 4-2 exhaust port cylinder head, peak torque now arrives 300 rpm earlier, from 1,700 rpm to 5,000 rpm. A CVT transmission is the sole option. 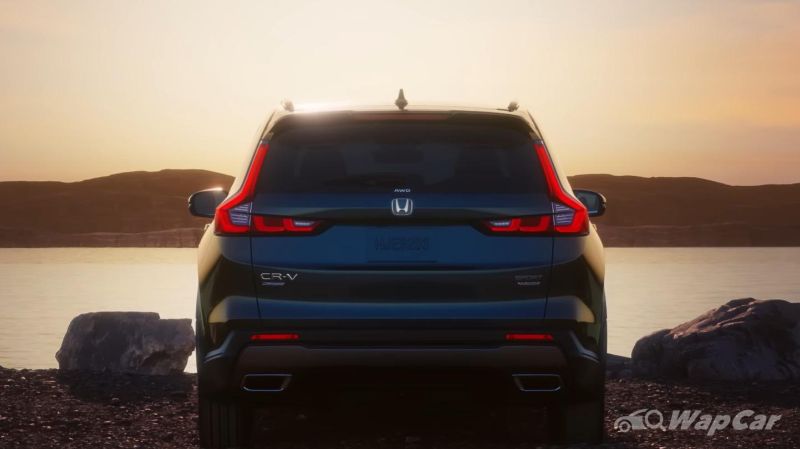 The second powertrain option is Honda’s two-motor 2.0-litre petrol-electric full hybrid that does a combined system output of 204 PS and 335 Nm. The petrol-electric hybrid is expected to join the all-new CR-V's line-up at a later date. 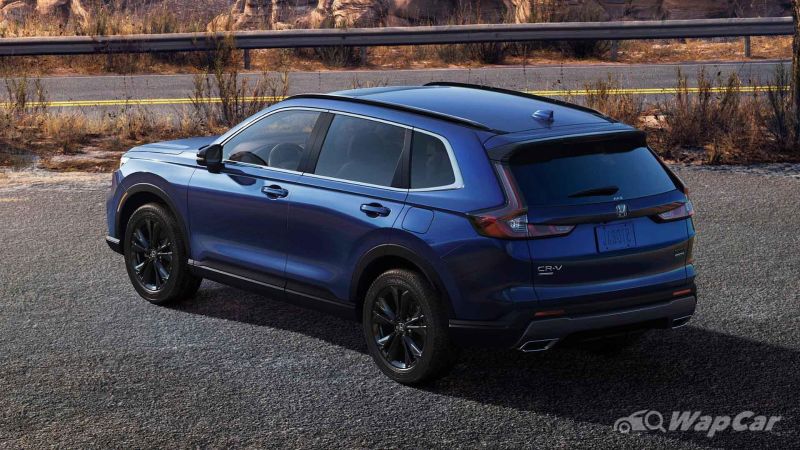 The hybrid powertrain is fitted to the Sport and Sport Touring variants of the all-new CR-V, while the lower EX and EX-L variants get the turbocharged mill.

Drive is routed to the front wheels as standard, though all variants sold in North America can be optioned with all-wheel drive. The new system is called Real Time AWD with Intelligent Control System and is able to send up to 50 percent of the engine’s power to the rear wheels for improved traction. 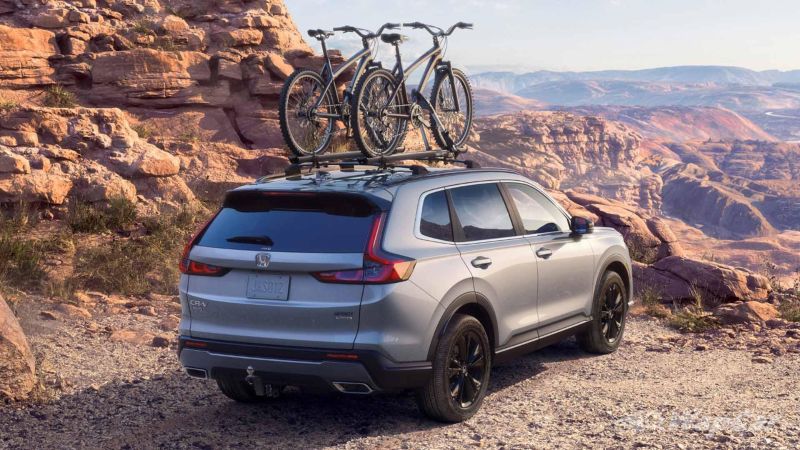 Underneath the revised bodywork (which we will get into later) is a platform that is closely related to the Civic FE and US-market HR-V, albeit lengthened and stiffened in several areas. Compared to the outgoing fifth-generation CR-V, the all-new model is longer, wider, and boasts a longer wheelbase.

Visually, the all-new CR-V is visually distinguishable as a CR-V, though now sleeker looking than the bulbous fifth-generation model. It gets an angular front grille, flanked by standard fitment LED headlights. The Sport trim adds distinctive-looking silver trim to the mix, giving it a sportier look.

Stepping into the cabin of the 2023 Honda CR-V and it’s a rather familiar-looking place, as Honda has pretty much lifted the Civic FE’s cabin into the CR-V. As such, it gets the full-length honeycomb air-conditioning vents up front, as well as physical knobs for the climate control system as well as a floating style infotainment display. 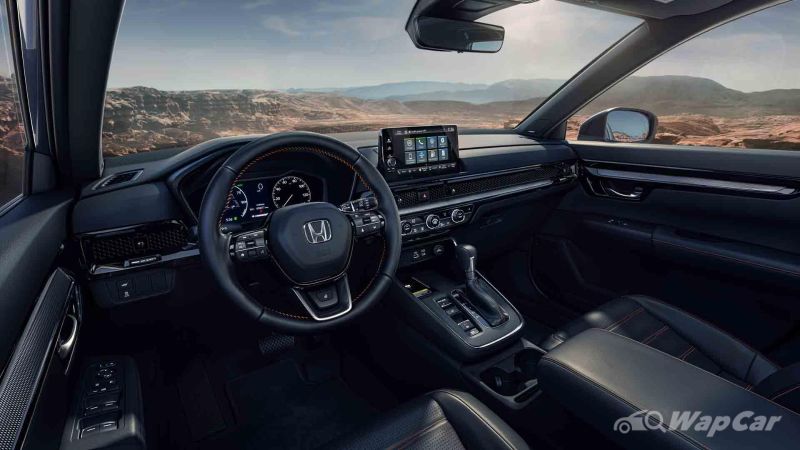 All variants of the 2023 Honda CR-V support Android Auto and Apple CarPlay, while the Sport and Sport Touring trims add wireless support. Similar to other recently-launched Honda models, the all-new CR-V gets a 7-inch digital instrument cluster as standard fitment.

Airbag count is a whopping 10, as it now includes a passenger knee airbag, as well as side airbags for the rear passengers (different from curtain airbags).

Also Read: Launching on 12-July, can you spot the Civic similarities in the all-new 2023 Honda CR-V's interior? 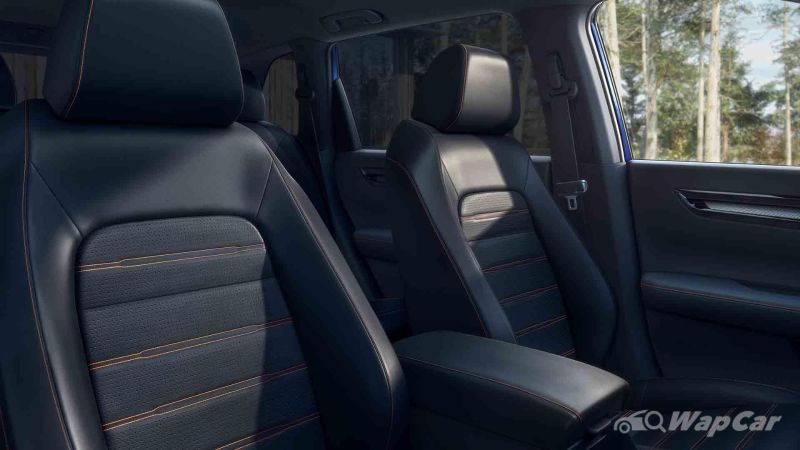 The Honda Sensing ADAS suite in the 2023 Honda CR-V has also been enhanced with a new 90-degree FOV (field of view) camera and improved milimetre wave radar. 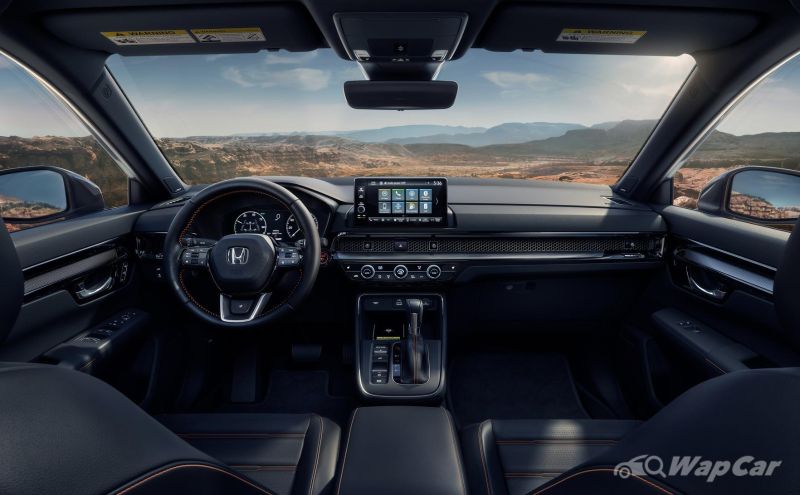 For the North American market, the all-new Honda CR-V will be manufactured in three plants: East Liberty Auto Plant in Ohio, Indiana Auto Plant, and Honda of Canada Manufacturing. 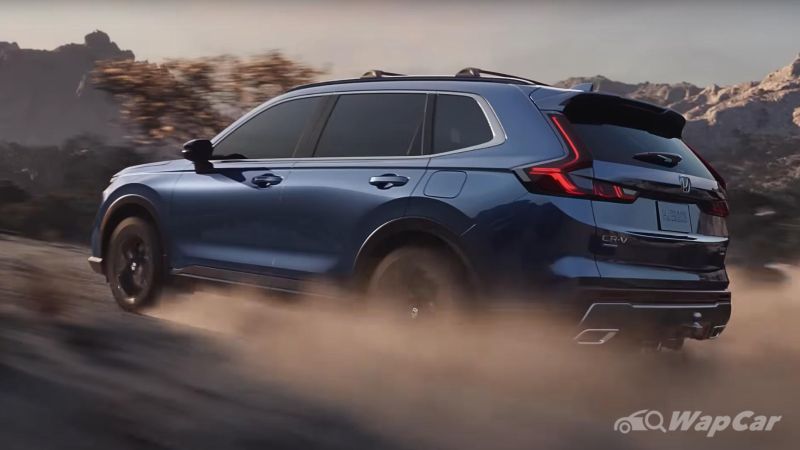 The new and improved C-segment SUV has already been spotted in Thailand. If Honda’s previous track record is any indication, the all-new 2023 Honda CR-V could debut in Thailand in late-2022 or early-2023.

For context, spyshots of the all-new FE Honda Civic first surfaced from Thailand in January 2021, roughly 7 months before its debut in August 2021.

The introduction of the all-new Honda CR-V in Malaysia won’t be so soon, as CKD production needs a longer lead time to prepare the plant and local suppliers, compared to imported (CBU).