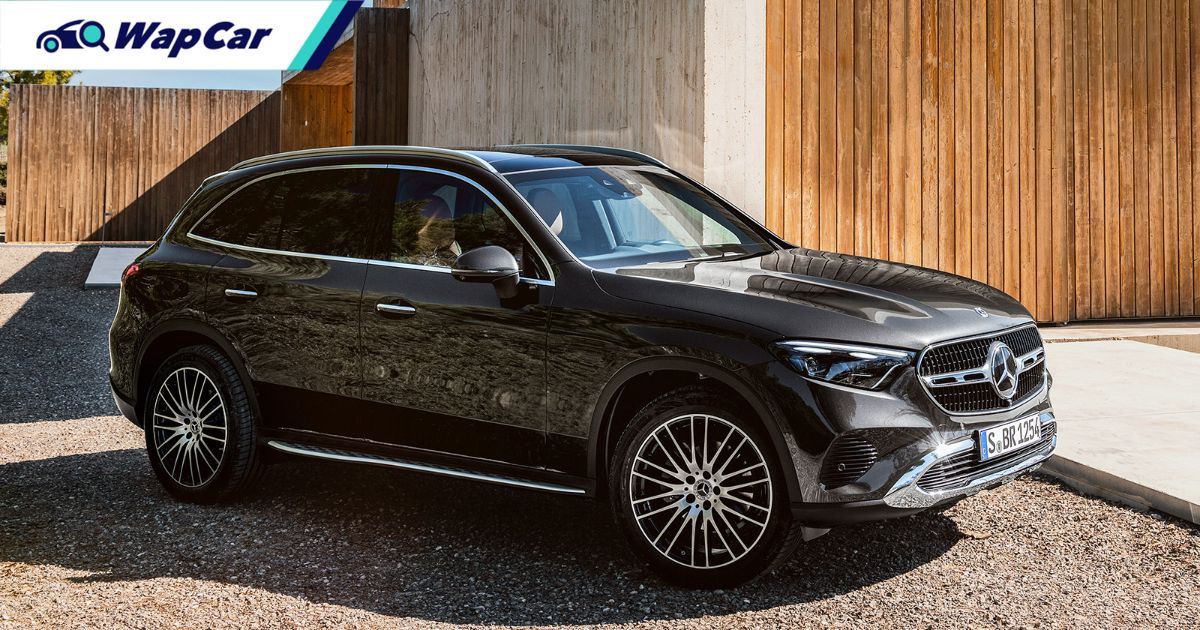 Not wanting to be let out of BMW’s and Lexus’ parade, Mercedes-Benz has just launched the all-new 2023 X254 Mercedes-Benz GLC. The previous-gen X253 had been on sale for 7 years so an all-new generation for Mercedes’ best-selling SUV is certainly due.

From a design standpoint, the X254 GLC looks largely similar to its predecessor and follows the same design language as the rest of the line-up. It seems that Mercedes-Benz is taking a page from Audi. 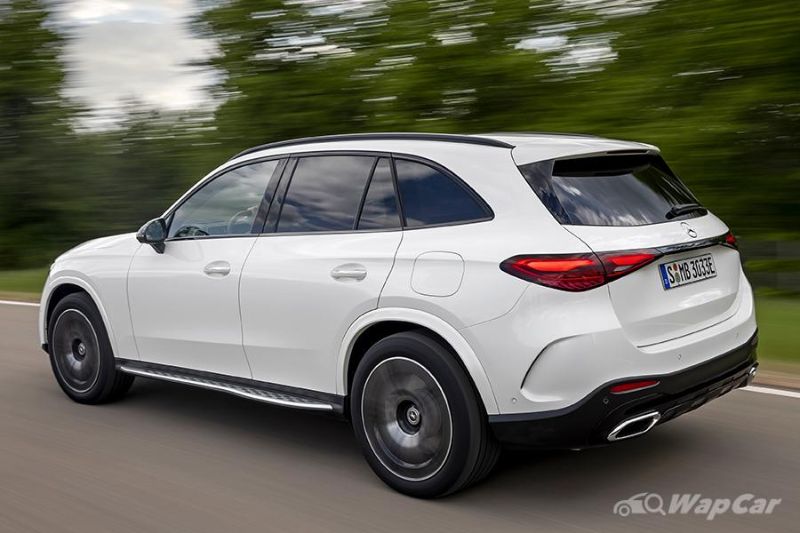 In line with the three-pointed star’s electrification target, the X254 GLC’s line-up now comprises an all-electrified range which consists of 3 mild-hybrid (MHEV) and 3 plug-in hybrid (PHEV) powertrains across petrol- and diesel-powered engines. 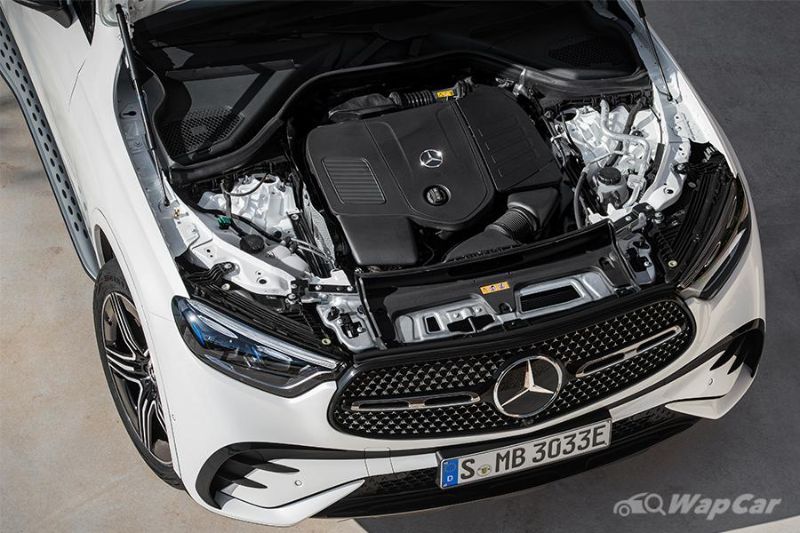 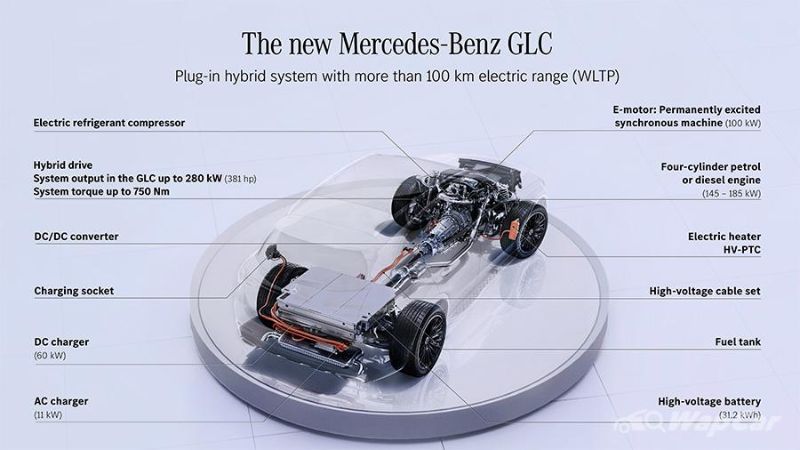 If range is what you’re interested in the PHEV, the GLC 300e 4Matic has a WLTP-rated electric range of up to 120 km. 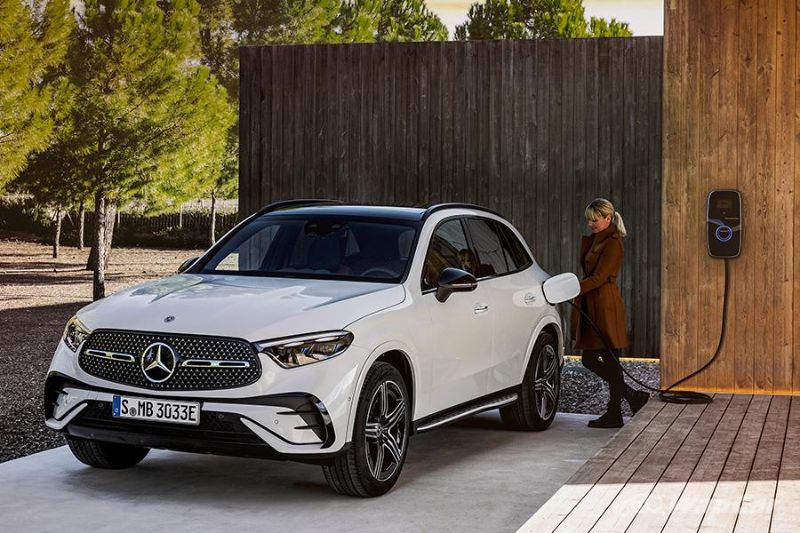 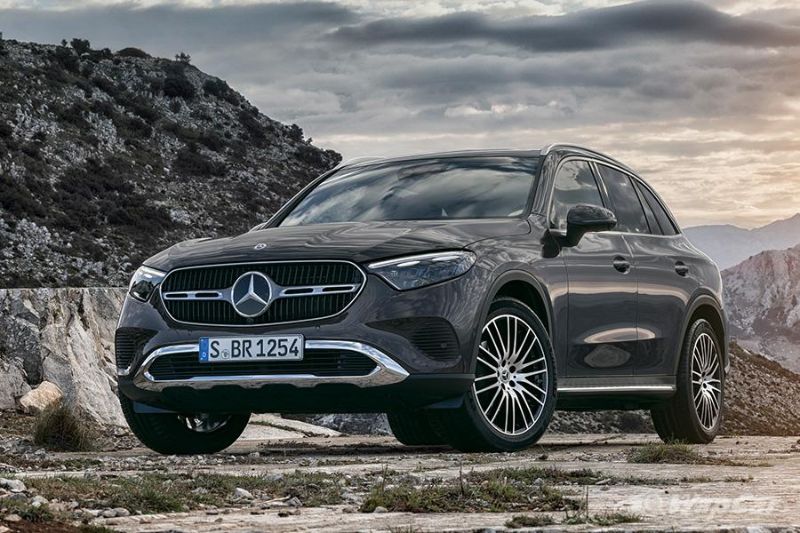 However, the highest torque output on the X254 GLC comes from the PHEV diesel variant, the GLC 300de 4Matic which sees the 2.0-litre turbodiesel and electric motor combined to give out 335 PS and 750 Nm. 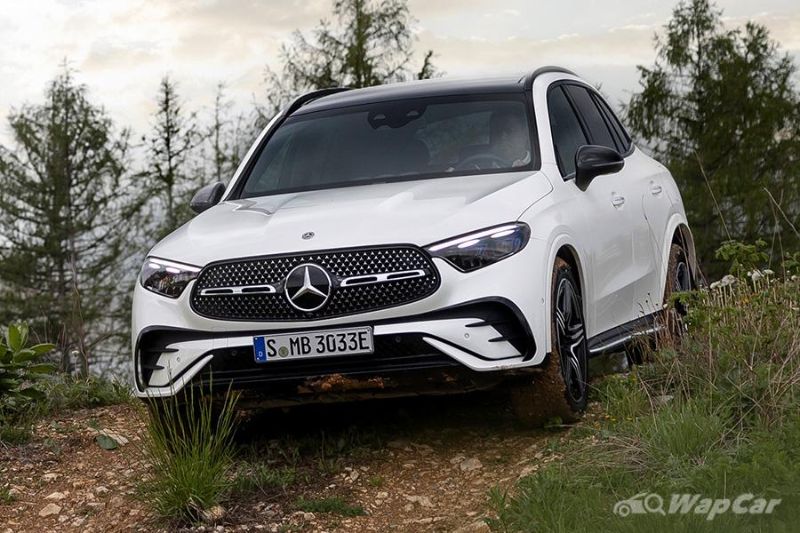 It’s unlikely for the diesel-powered variants to be offered in Malaysia but the other diesel X254 consists of the GLC 220d 4Matic MHEV (197 PS/440 Nm). All engines are paired to a 9G-Tronic nine-speed automatic transmission that drives all 4 wheels. 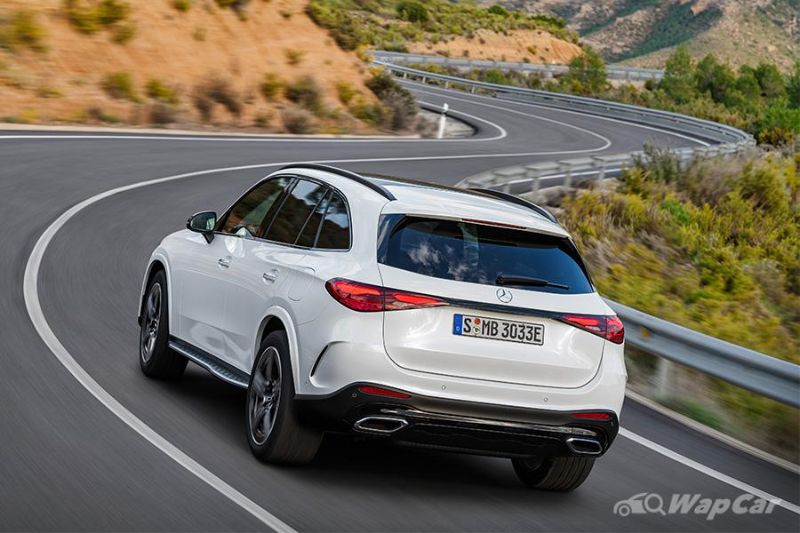 Since the GLC is essentially a “crossover” C-Class, it shares some technology with the baby S-Class aside from the looks which include rear-wheel steering (RWS). On the X254, this is an option so it might not even make an appearance in Malaysia just like the local C-Class. 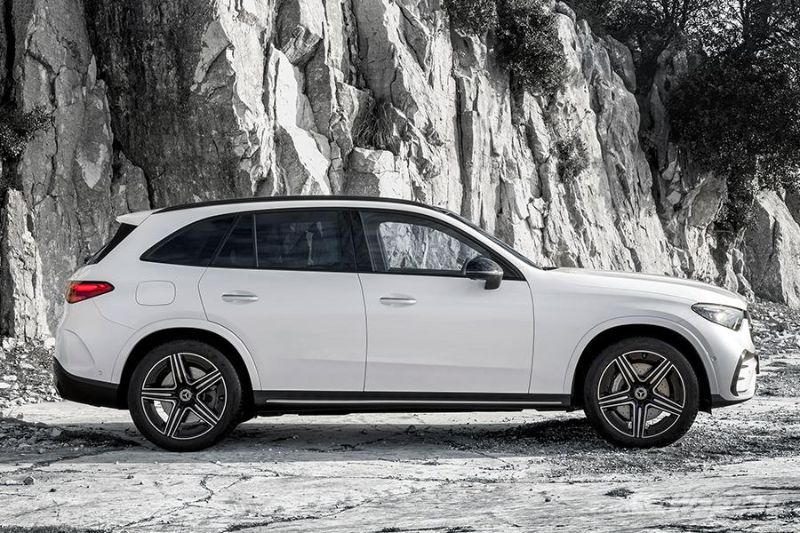 On the suspension front, the X254 consists of a new four-link set-up for the front and a multi-link independent set-up on the rear. Airmatic air suspension comes as an option along with RWS on the Engineering package while PHEV variants come with rear air suspension and level control as standard. 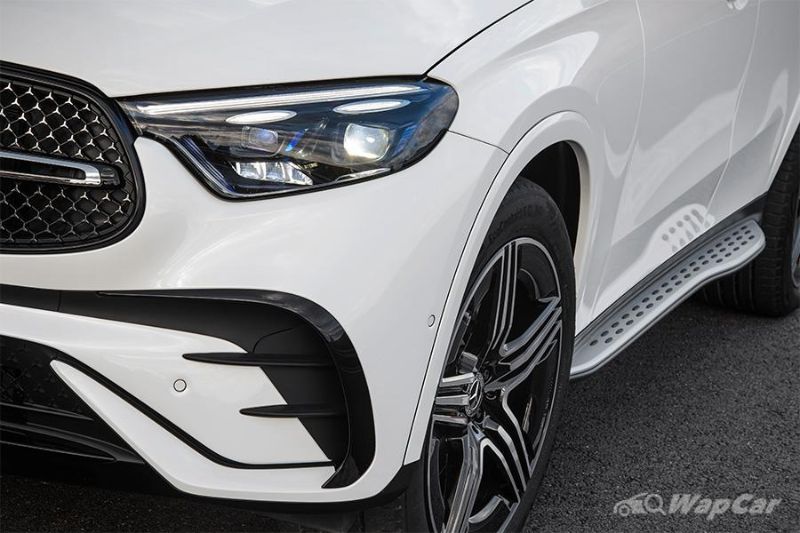 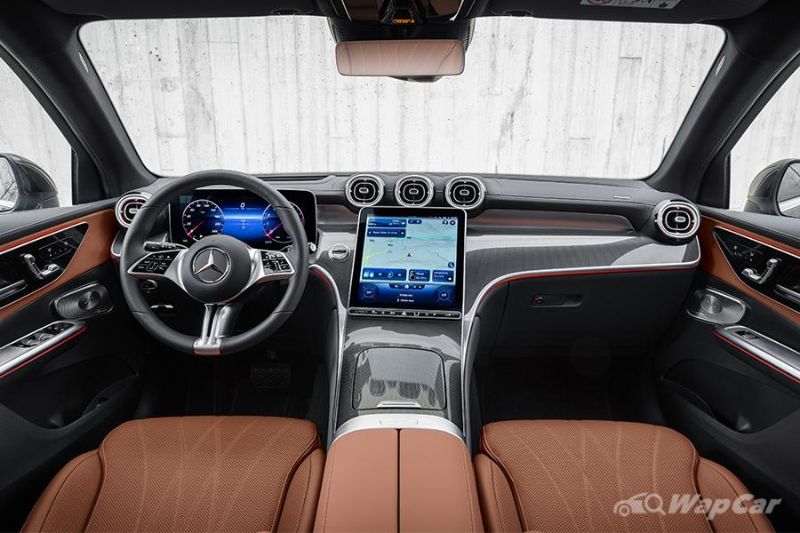 The interior of the all-new GLC is also inspired by the W206 C-Class with screens abound in the form of a 12.3-inch driver display and an 11.9-inch portrait-oriented touchscreen infotainment display in the middle.

Also read: Customized for either the Mr or Mrs, the W206 Mercedes-Benz C-Class offers a fingerprint scanner

The X254 also comes equipped with the latest version of the Mercedes-Benz User Experience (MBUX) interface which now comes with the optional MBUX Augmented Reality. This AR set-up employs a forward-facing camera to record the surroundings in front of the SUV and the visual feed is displayed on the central infotainment tablet screen.

Bringing the GLC into Land Rover territory is the optional 'transparent bonnet' feature which feeds a ‘see-thru’ frontal view to help drivers manoeuvre around rough terrain.

Being a modern SUV, the X254 also comes with the latest Mercedes-Benz Driving Assistance package which includes Active Distance Assist that can now react to stationary vehicles on the road ahead when travelling at speeds of up to 100 km/h (up from 60 km/h) and Active Steering Assist now gains lane detection. 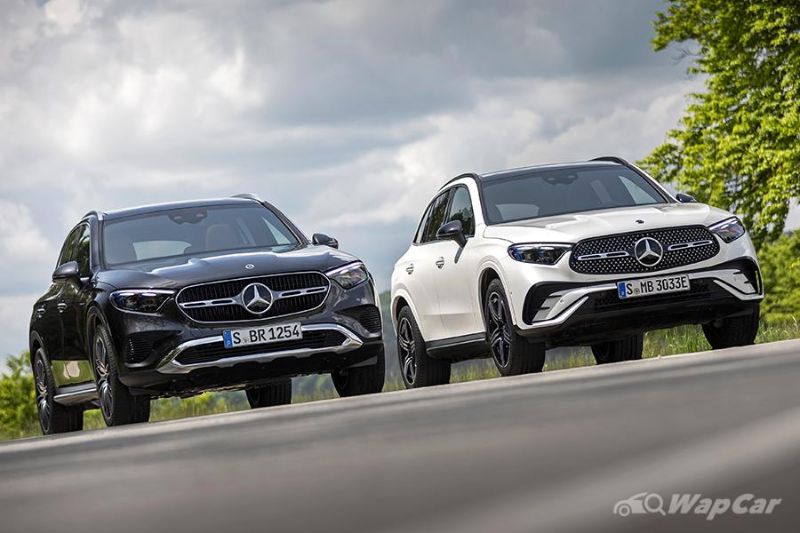 The all-new 2022 X254 Mercedes-Benz GLC will be produced in three locations, Bremen, Beijing, and Sindelfingen. For Malaysia, we can expect the X254 to arrive in 2023 and local-assembly (CKD) could kick off later. The W206 C-Class, for instance, made its global debut in 2021 with its Malaysian arrival in 2022 (fully imported, CBU), almost a year later. 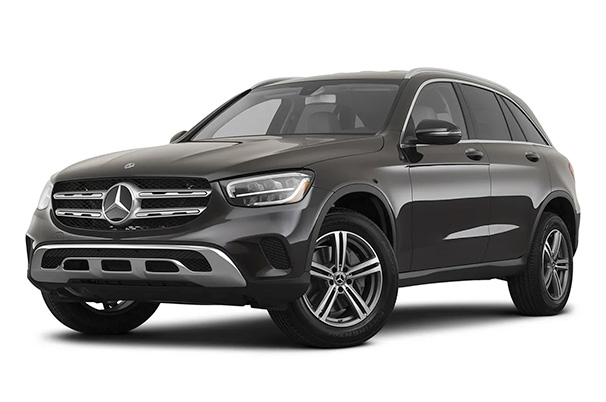