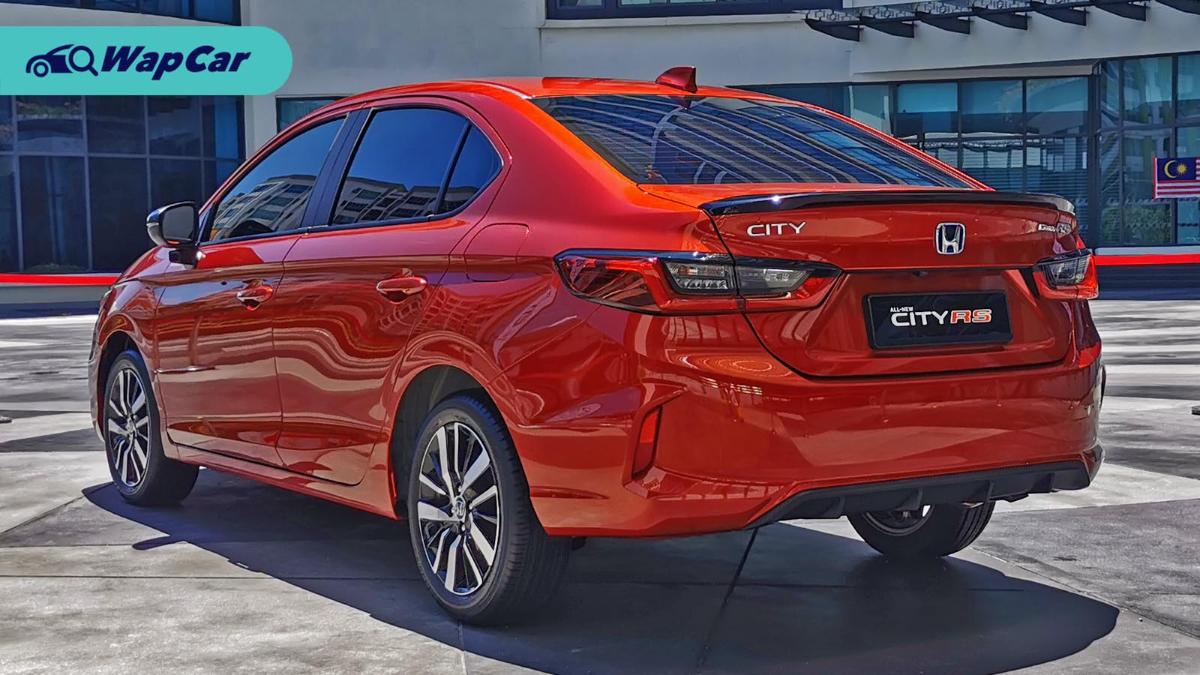 Honda Malaysia recently gave selected members of the media a chance to get up close and personal with the all-new GN-series 2020 Honda City.

After our time with the exterior of the all-new Honda City (interior was blocked off), here’s 8 features we get that Thailand doesn’t get. 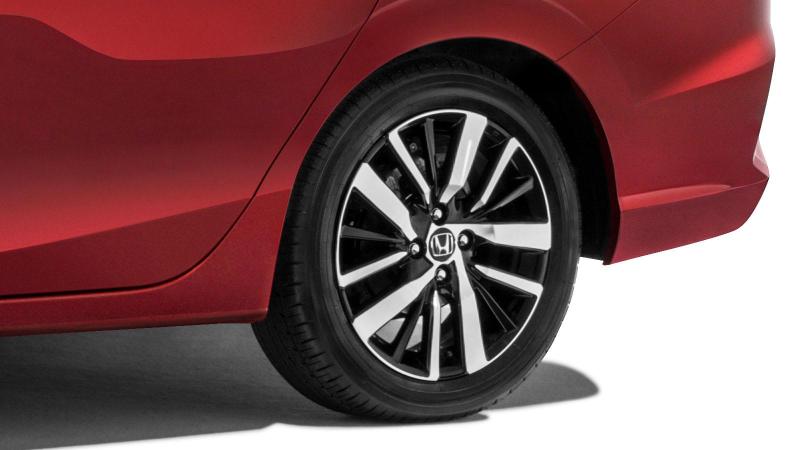 Rear disc brakes will be returning on the all-new GN-series Honda City after it was discontinued on the GM6-generation model. This feature was offered on the GD8-generation City (VTEC model only) and the GM2-generation City.

Malaysia will be the first market to receive rear disc brakes on the all-new GN-series Honda City, as the recently-introduced India- and Thai-spec cars only get rear drum brakes.

That said, it remains to be seen if the rear disc brakes will be fitted as standard on all variants, or as an RS-only feature. 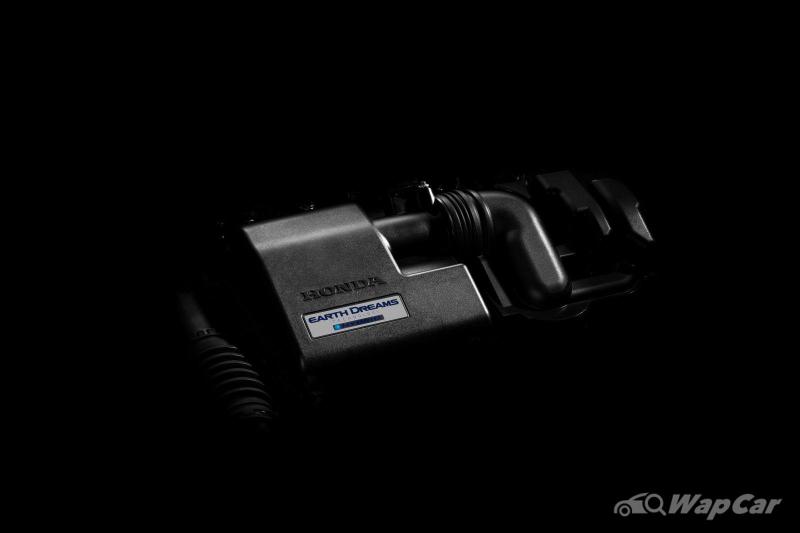 While Thailand saw the debut of the turbocharged City, we get a more sophisticated i-MMD hybrid powertrain.

How sophisticated you ask?

Well, unlike the GM7-generation City Hybrid and its 7-speed dual-clutch automatic transmission, the forthcoming City RS i-MMD does not feature a transmission at all – in its place is a planetary gear set that replicates a CVT’s infinite ratio feature. 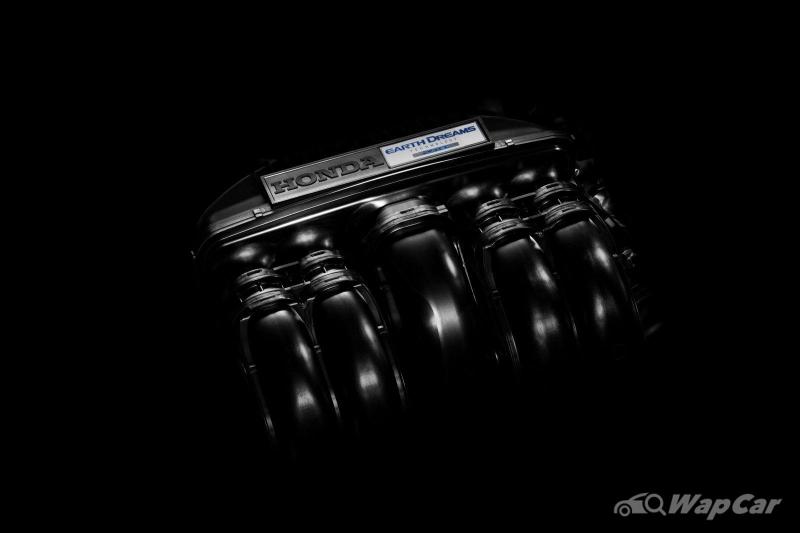 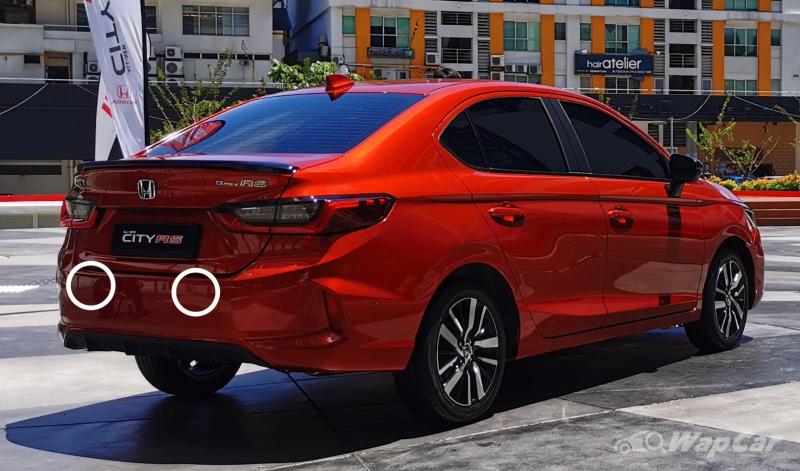 Considering that all variants of the outgoing GM6-generation City are fitted with rear parking sensors, we reckon that the same will be applicable to the upcoming GN-series City as well.

Rear parking sensors still make sense in this day and age as a reverse camera's visibility can get affected in the rain. 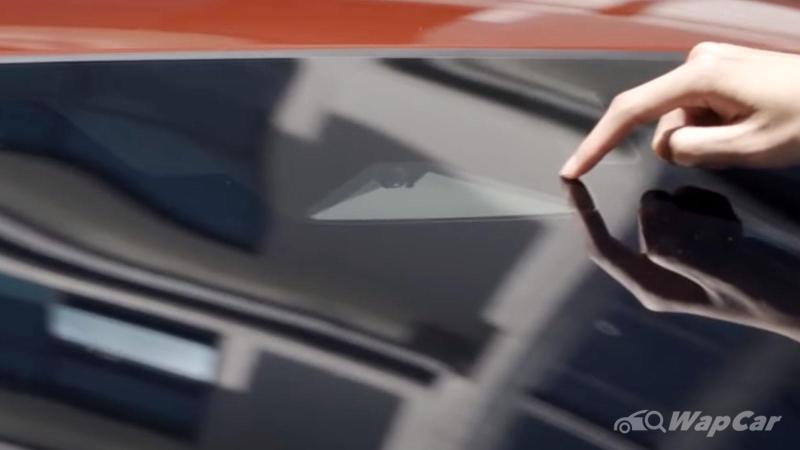 Honda Sensing was first introduced on the 2017 Honda CR-V, before trickling down to models like the Accord and Civic.

In the case of the upcoming GN-series all-new City, it’s refreshing to see that Honda Malaysia has fitted Sensing on their cheapest sedan.

While the presence of the monocular camera hints that the all-new City will get Autonomous Emergency Braking (AEB), it is unclear how extensive the Honda Sensing ADAS suite will be. 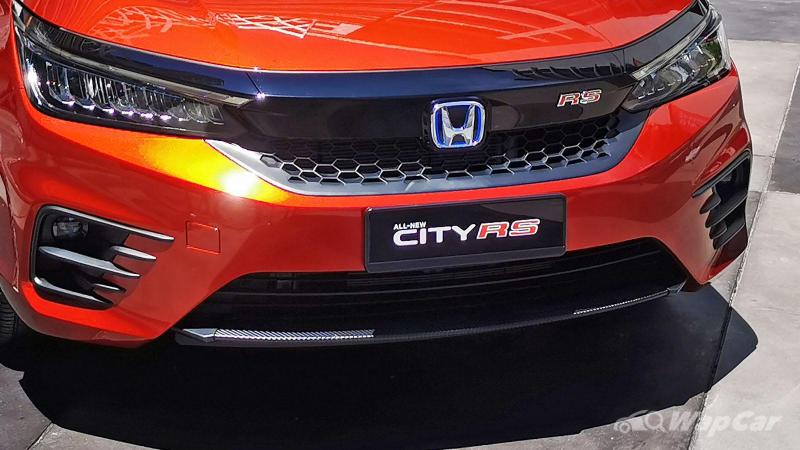 At a glance, the Malaysia-spec City may look identical to its Thai counterpart, but we noticed that the lower half of the bumper is slightly different.

On the Thai-spec City RS, it gets a honeycomb design on the upper and lower grille, but the Malaysian-spec car gets horizontal slats that give it a wider and sportier stance. 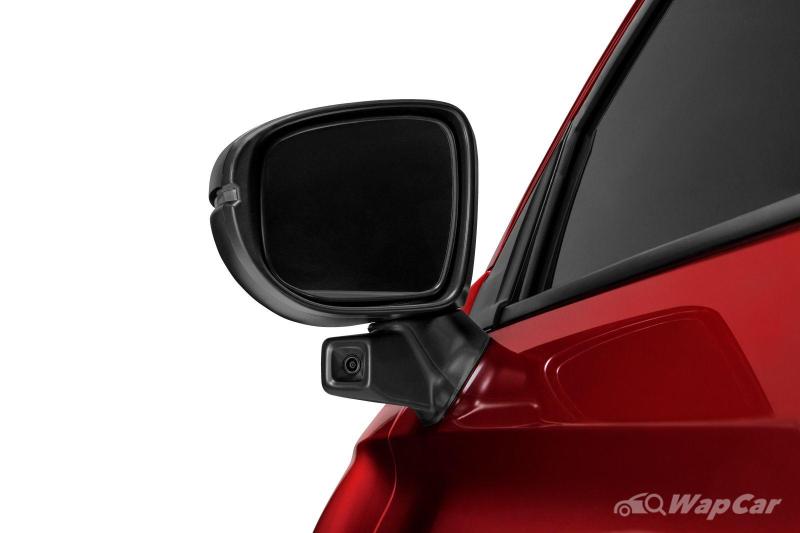 One surprising feature that made it to the upcoming Honda City is Honda LaneWatch, which is Honda’s ingenious method of utilizing a camera mounted on the passenger side mirror as a blind spot monitor.

Depending on who you ask, Honda LaneWatch works better than blind spot monitor, as heavy rain at night reduces the effectiveness of blind spot monitors because the mirrors and side windows are covered in water droplets, reducing visibility.

Other Honda models sold in Malaysia that gets LaneWatch include the updated Honda Civic FC, Honda CR-V, Honda Accord, and Honda HR-V. 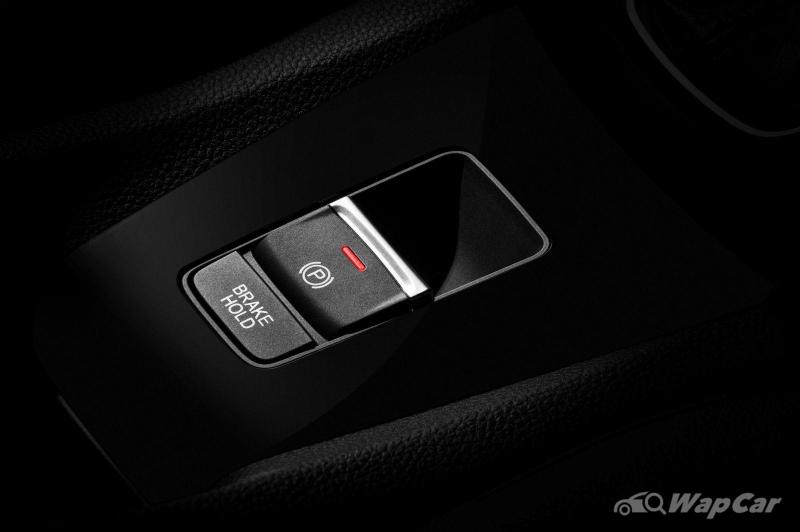 Last but certainly not the least is the electric parking brake – a feature not found on any other B-segment sedan or hatchback sold in Malaysia. The all-new City is the very first B-segment model to offer such a feature.

With that said, we expect at least one variant of the all-new City to get the electric parking brake, though it is unknown if lower variants will get this feature.

There you have it, eight features found on the upcoming 2020 Honda City that isn’t offered on the Thailand model.

Out of these eight, which one is your favourite feature?