Home > News > All-new Nissan Almera vs Honda City: How do they measure against each other?

All-new Nissan Almera vs Honda City: How do they measure against each other? 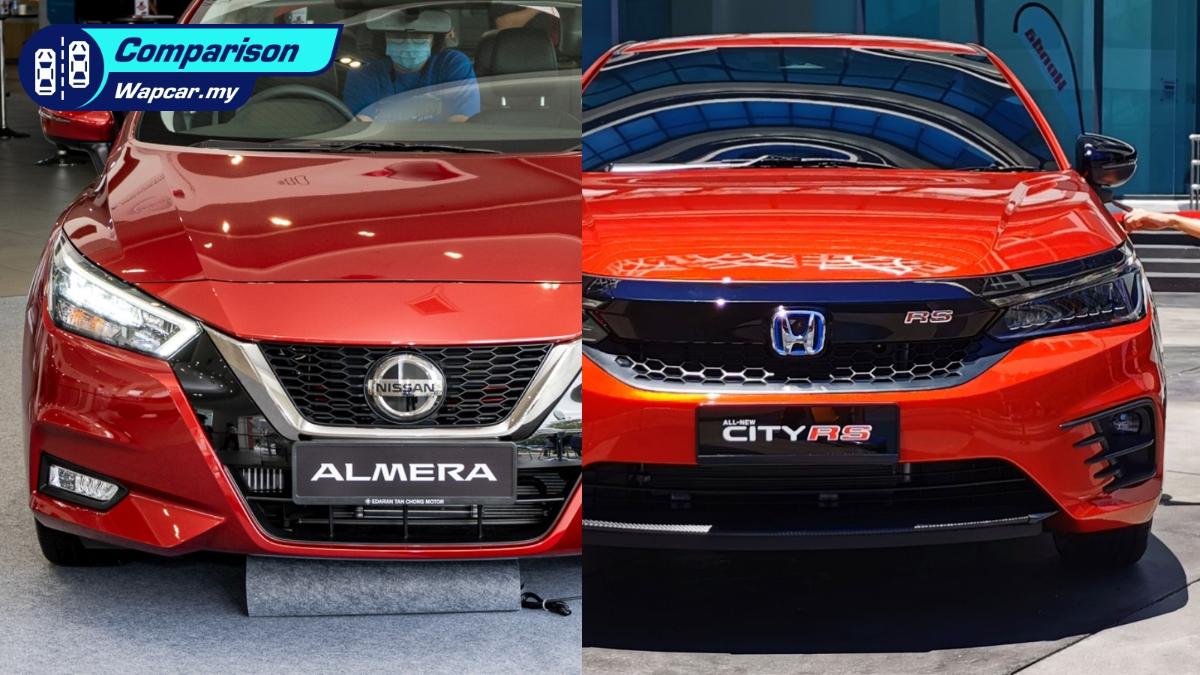 It’s going to be a few exciting months ahead as the year’s most highly anticipated models are about to make their debuts. Two of which are the all-new 2020 Nissan Almera and the 2020 Honda City B-segment sedans. So, how do these 2 rivals compare to each other? Here’s a side-by-side comparison of the range-topping Almera and City of what we currently know. 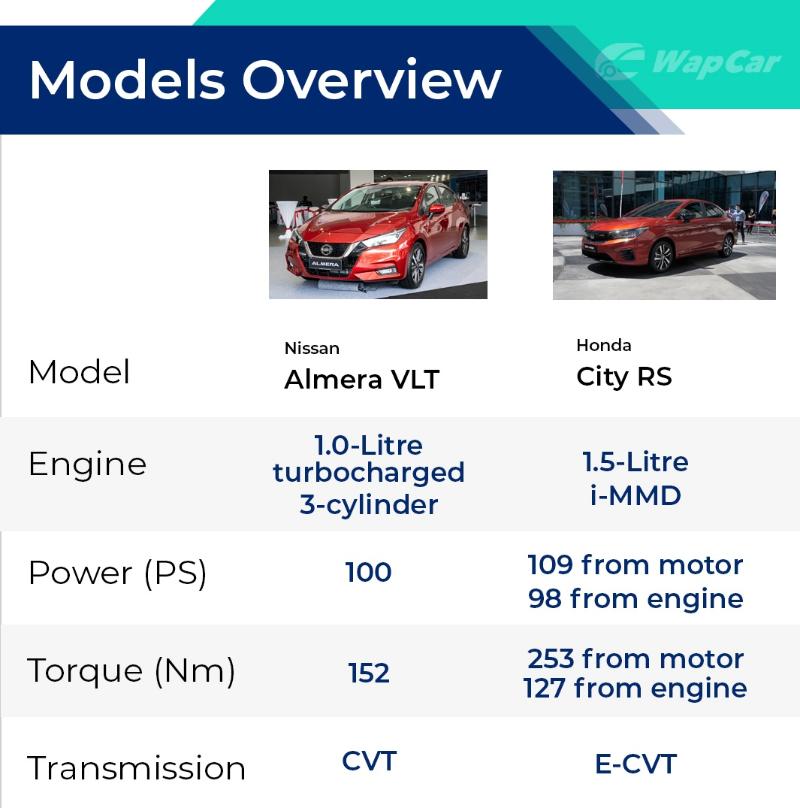 Although both cars have yet to make an official launch, important details of the sedans have already been released. We know that the all-new Honda City with the i-MMD engine will make its global debut while the Nissan Almera will come with a 1.0-litre turbocharged 3-cylinder engine. 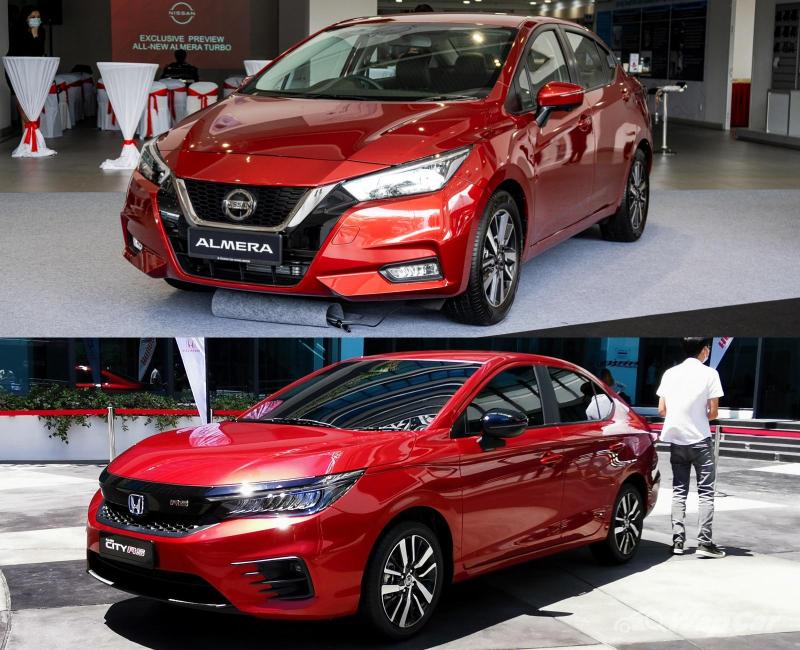 Meanwhile, the Honda City’s 1.5-litre i-MMD hybrid engine is well known to produce 109 PS and epic 253 Nm thanks to its quirky ad. 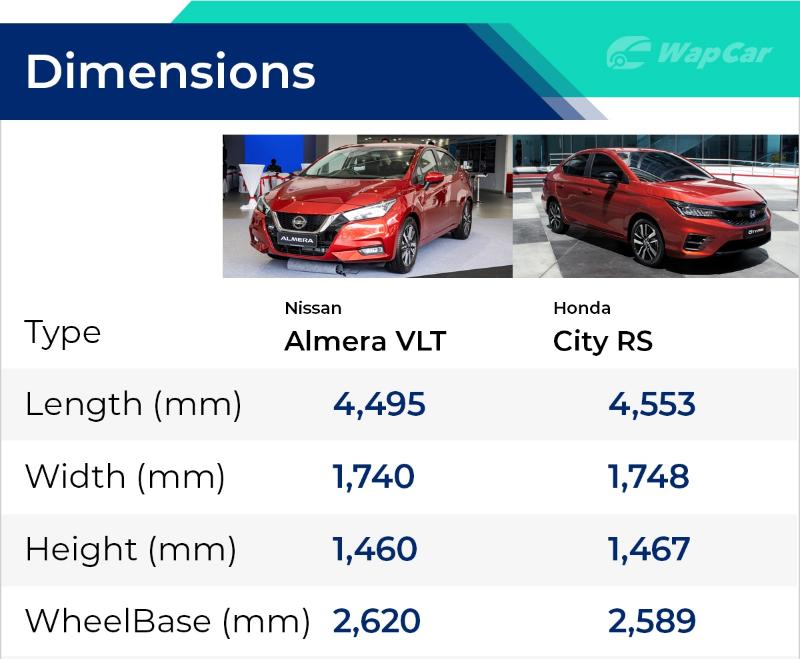 Both the Nissan Almera and the Honda City have always been well known for their massive cabin space thanks to clever packaging. With the new generation, both cars look set on continuing the legacy as both cars now measure even larger than its previous generation. 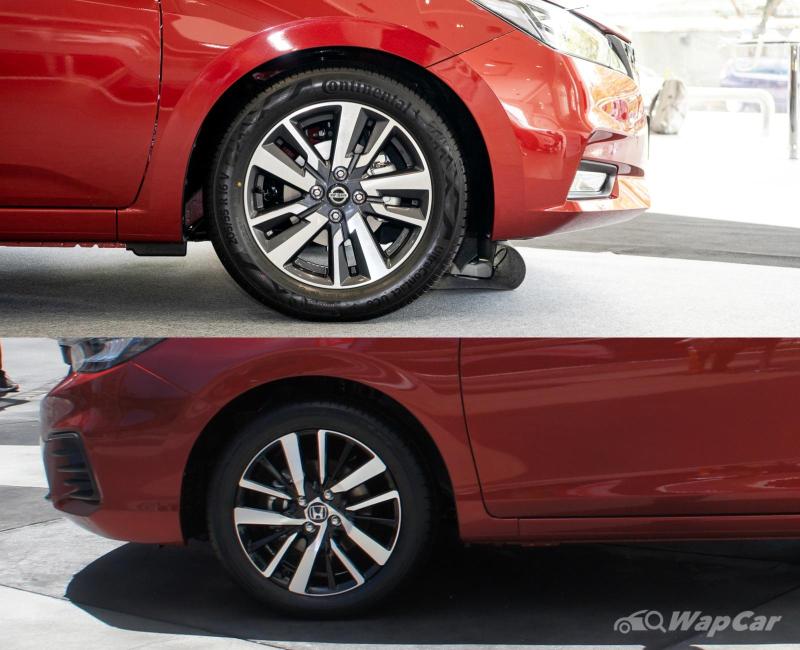 Meanwhile, the height of the car is at least 40 mm shorter than the previous generation at 1,460 mm compared to the 1,500 mm is used to measure. 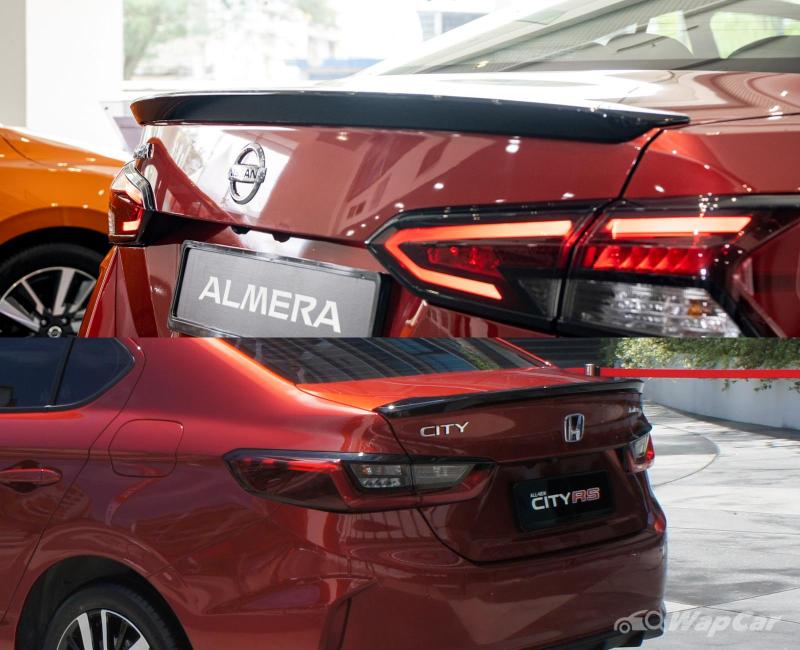 But interestingly, the new Almera trumps the City’s wheelbase measurement by 31 mm at 2,620 mm compared to 2,589 mm. This could mean multiple things like perhaps the Almera will come with more rear legroom or the City’s wheelbase is designed with a sportier drive in mind.

Honda has yet to release the full details of the Honda City’s safety equipment, but from what we know so far, the City will carry over its existing safety equipment like 6 airbags, Vehicle Stability Control, and Traction Control. 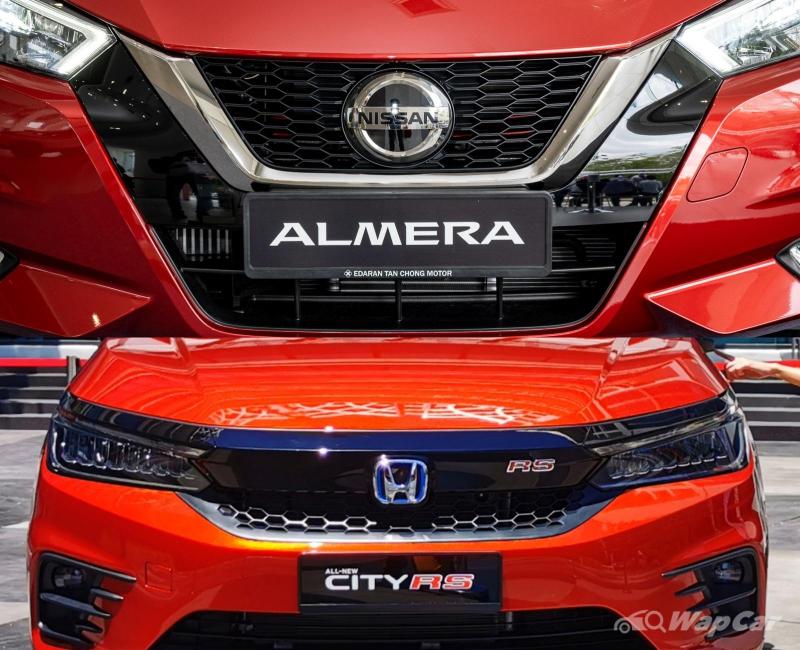 But we also know that the top of the range City RS with the i-MMD engine will have add-ons like Honda Sensing (AEB is confirmed, but other features remains TBC) and Honda LaneWatch. 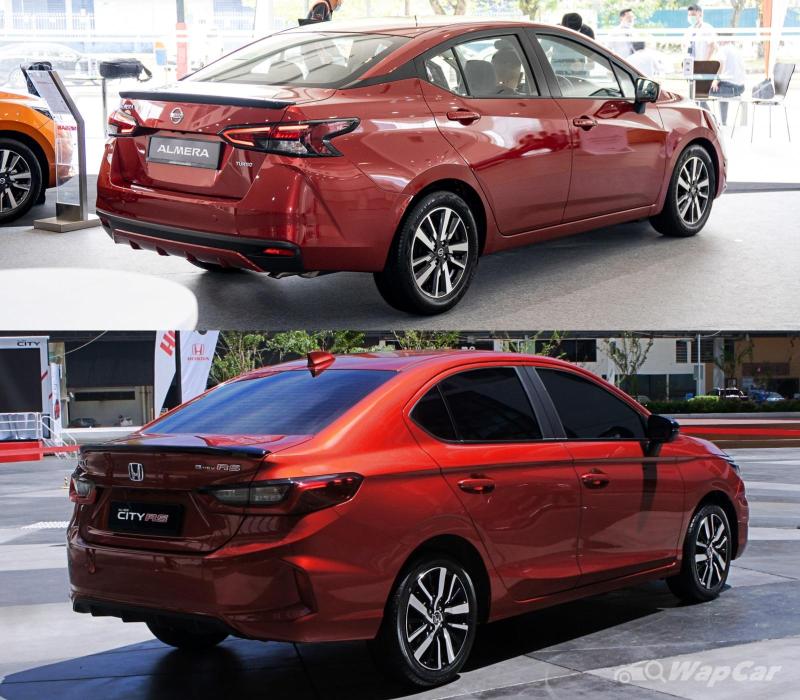 While Nissan doesn’t have an equivalent to Honda’s LaneWatch, they have still equipped the Almera with Blind Spot Warning (BSW), Rear Cross Traffic Alert (RCTA) and Intelligent Around View Monitor (I-AVM).

After more than a decade on the market, the new generation Almera is a much-needed update for Nissan’s ageing B-segment contender. With a list of safety equipment that is now on par with its closest rivals will it give its rivals a major shake-up? What do you think?