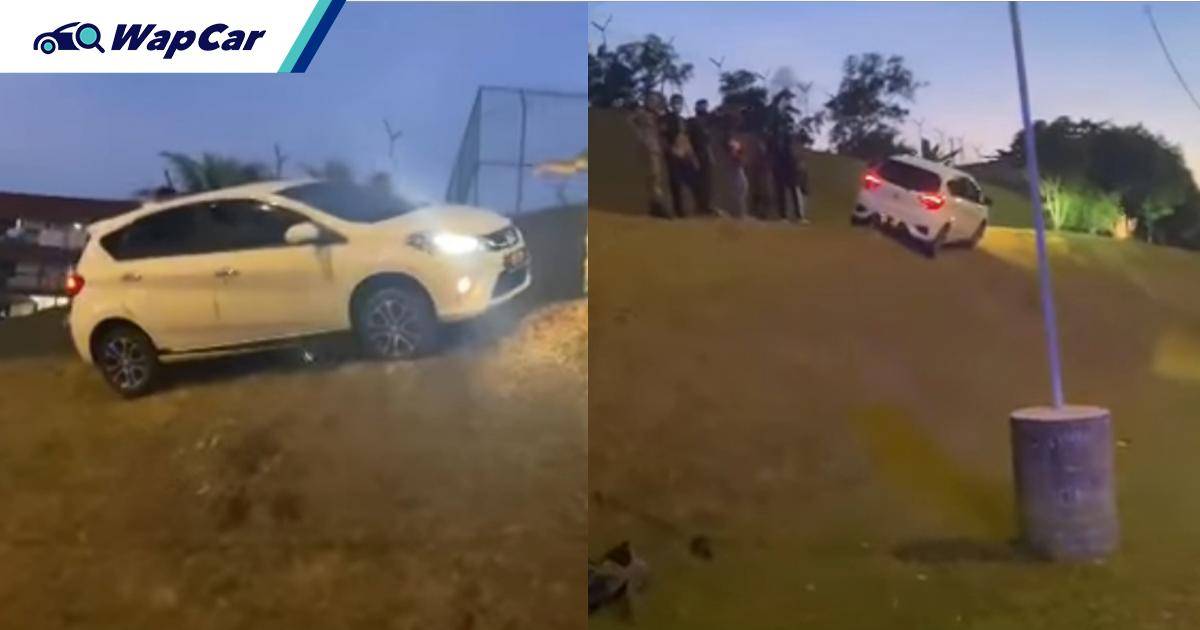 Social media users were treated to an amusing sight as a white Perodua Myvi was spotted resting on top of a steep slope in various viral videos. The incident allegedly took place near the Royal Military Police Corps Training Centre (PULAPOT) in Kuala Lumpur.

The video was first uploaded by TikTok user @tankeryrvoverboost on 21-September-2021. The uploader explained that he personally witnessed the Myvi jumping the divider and ploughed up the slope.

Also read: Flying car in 2021 achieved! This is proof that Perodua Myvi can fly!

Fortunately, the female driver and male passenger in the Myvi were unhurt. Passers-by, including the video uploader, were quick to lend a helping hand to get them get out of the car in case the car roll or tumble off the slope.

When a commenter asked if the Myvi had crashed into something before its landing high up top, the uploader had replied that the car did not encounter any issues before the incident. The driver had just lost control of the car and drove up both the divider and the slope.