Home > News > Anyone remembers the TD 2000, the Malaysian-made retro car?

Anyone remembers the TD 2000, the Malaysian-made retro car? 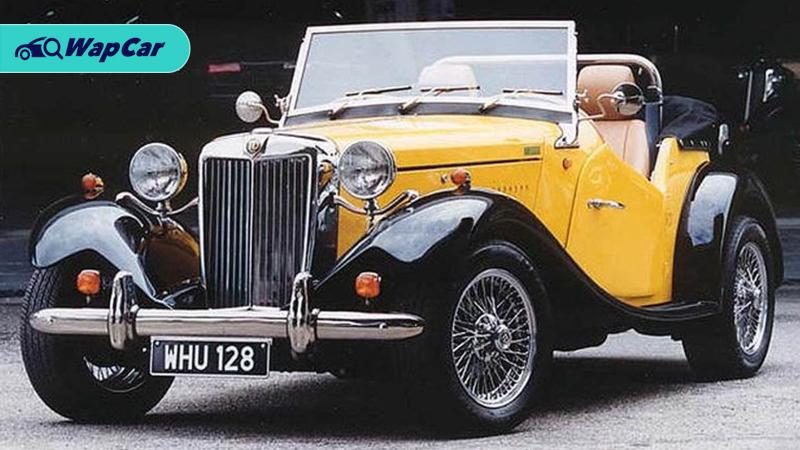 When it comes to the Malaysian automotive industry, I’m sure the most obvious one that comes across your mind would be Proton or Perodua, the former national cars. But did you know that Malaysia has a couple of niche carmakers, namely TD Cars and Bufori?

For now, as mentioned in the title, I’ll be focusing on the TD 2000, a product of TD Cars. It’s a replica of the classic MG TD from the 1950s, retaining the same body shape but with a more modern powertrain, a fibreglass body, and disc brakes.

But generally, Malaysians aren’t into old classics, especially those from the post-war era like the old MGs. Most enthusiasts that love these old jalopies consist of old boomers who aspiring to own one growing up.

So, why would TD Cars set up shop in Malaysia and what happened to them?

Taking a trip Down Under 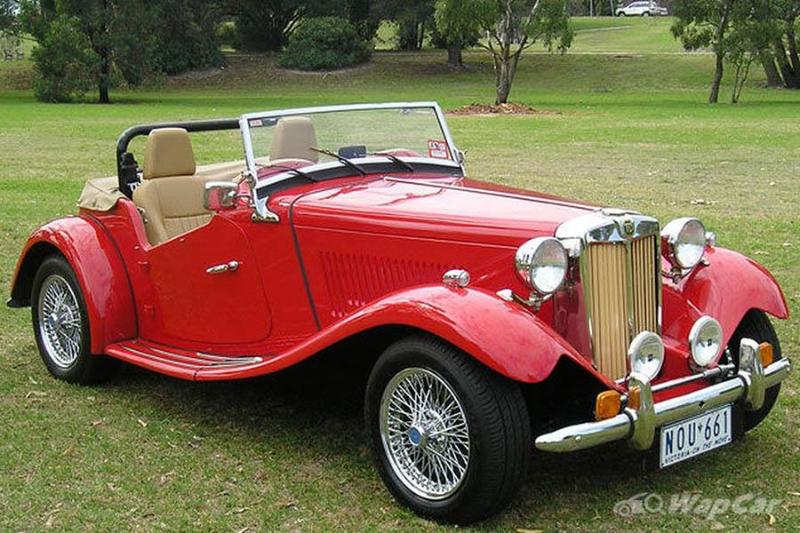 TD Cars was set up in Malaysia in 1998 but the TD 2000 was actually first conceived in 1986 in Australia. It was the brainchild of Ross Marshall, an entrepreneur and car dealer based in Sydney. 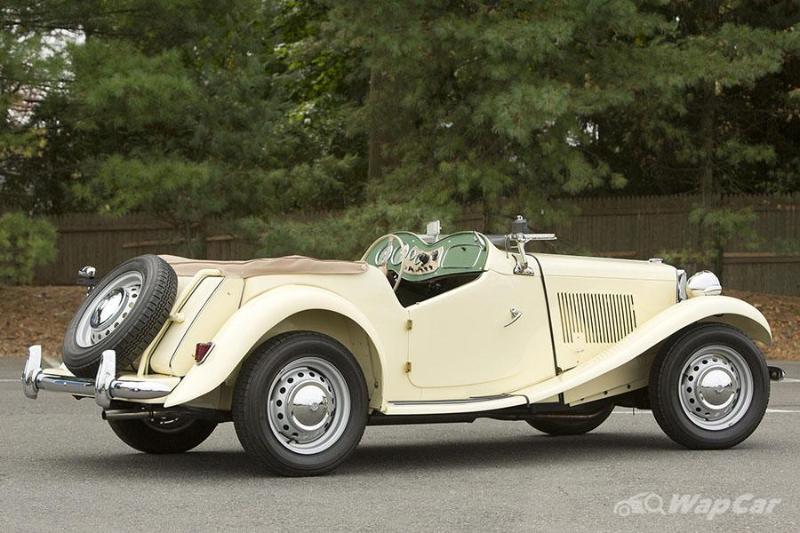 As a fan of the British MG cars, he chose the TD Midget as the basis for his project which was one of the most successful MG T-Type models with 30,000 built between 1949 and 1953. The MG TD became a smash hit in America with 23,488 units exported there. 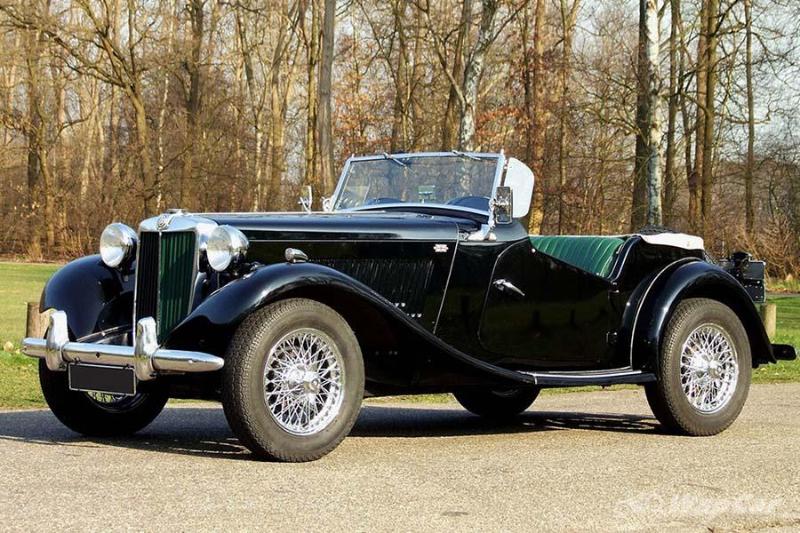 In order to produce the replica, Marshall acquired equipment from a company in Oregon, USA which had bought the original dies and jigs of the TD from MG many years earlier. The unnamed American company had built 12 replicas and only sold them in the States.

Marshall’s plan was to make around 12,000 units of his modern TD – now named TD Sports 2000 over a 12-month period and sell them through Nissan dealers. Now, that Nissan connection was interesting as the renewed TD would be using the same engine from the front-wheel-drive Nissan Pulsar. 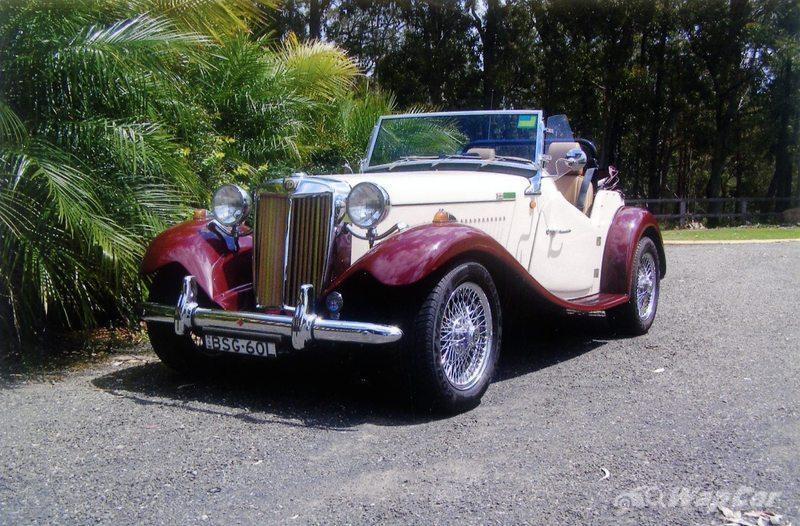 Marshall wanted his modern TD to be as true as the original so he assigned engineers from the Australian Nissan motorsport team to adapt the Pulsar engine and transaxle to a rear-wheel-drive layout similar to the original TD. Sadly, financial issues meant that Marshall’s dream couldn’t happen yet. 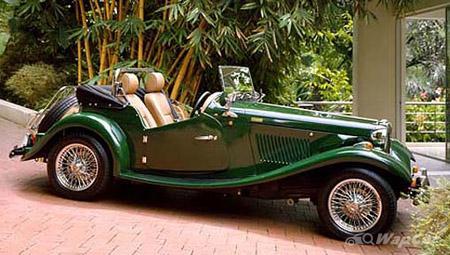 Following Marshall’s failed business venture, an Australian public company named Westmex Ltd bought over the assets and rights to the TD Sports 2000 project. At the 1988 Sydney Motorshow, a newer TD 2000 appeared and a new subsidiary, Australia Classic Cars was formed to market it.

This time, the TD 2000 MkII was powered by another Nissan engine, a 2.0-litre 4-cylinder CA20E from the Aussie-made Nissan Pintara. Marshall wouldn’t have to worry about the TD 2000’s roots; the Pintara was rear-wheel-drive.

Unlike Marshall’s overambitious plan of selling 12,000 units in the first year, Westmex made the better decision of trimming the target to 400 units instead. Things were looking very optimistic but then Australia went into a recession in 1990 and Australia Classic Cars were wound up. 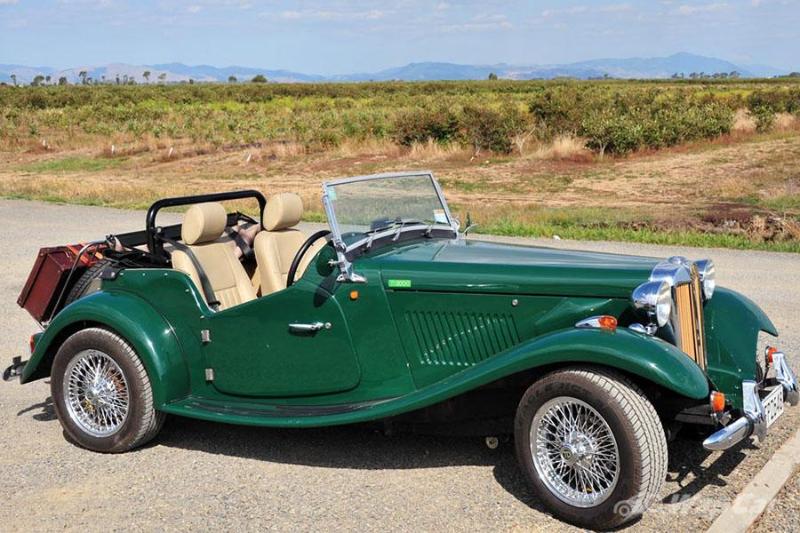 The TD 2000 however continued on by A.F. Gason Pty Ltd, the company commissioned by Australia Classic Cars to manufacture it, partly to recoup the losses sustained. 100 cars were built and sold via TD 2000 Pty Ltd but Gason decided that its core business, making agricultural equipment, is more lucrative and offered the rights to the TD 2000 for sale. 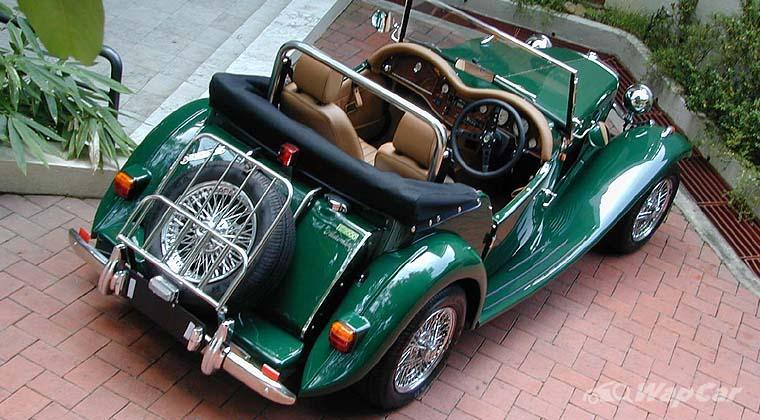 In 1998, a group of Malaysian businessmen and a couple of close Australian associates decided to acquire it. Even though Malaysia was just about recovering from the 1997 Asian Financial Crisis, the new business owners were very optimistic about selling the TD 2000 globally but production would be based in Malaysia instead of Australia. 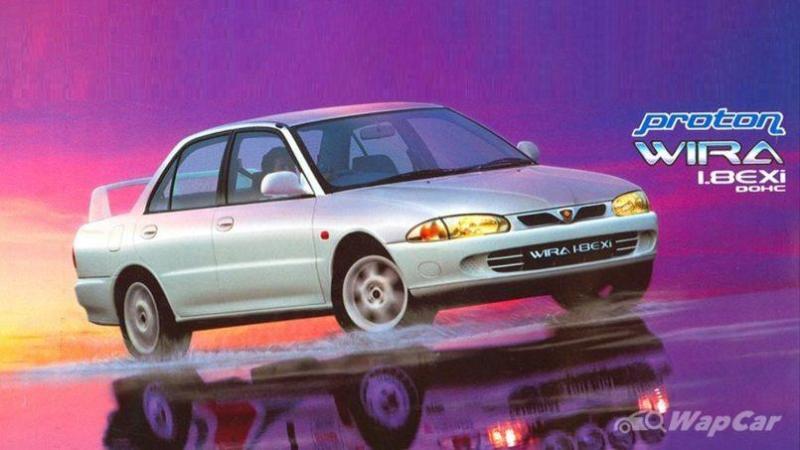 TD Cars was itself a subsidiary of Automotive Conversion Engineering (ACE) which was a subsidiary of EON. Remember EON? They sold Proton cars but now, you could walk into a showroom and buy a Proton Saga, Wira, or a replica of a British sports car from the Fifties! 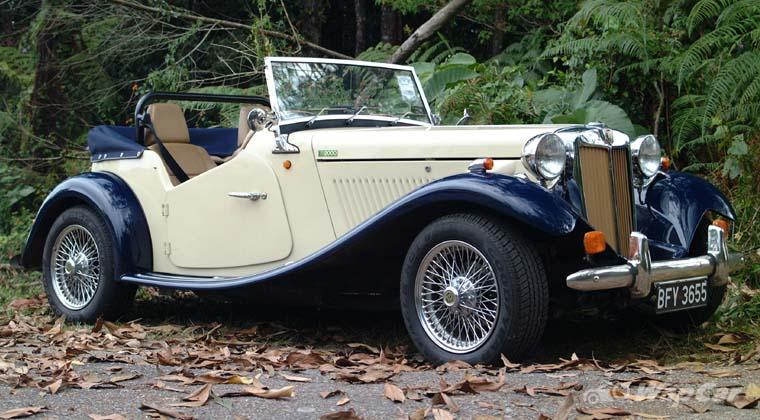 The TD 2000 was handbuilt by ACE at their Glenmarie factory. Unlike the Aussie TD 2000s, the Malaysian TD 2000 was powered by another Japanese powertrain and no, it’s not from Mitsubishi. 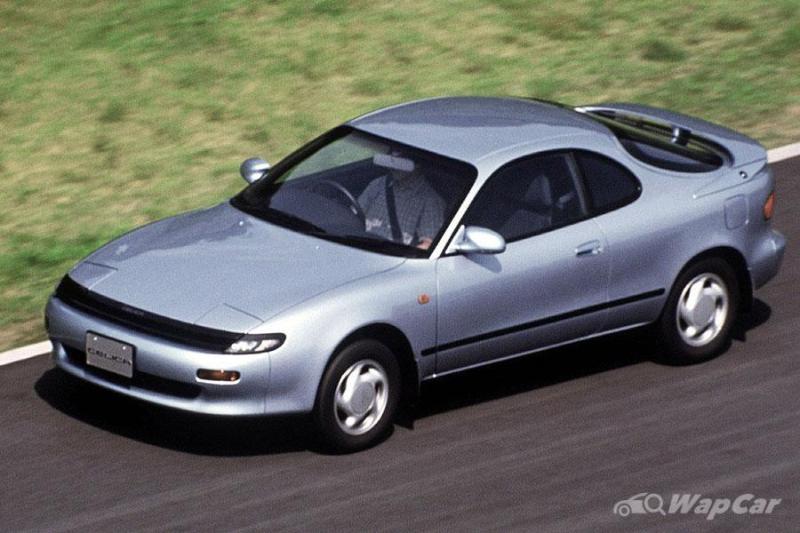 A 2.0-litre 16-valve Toyota 3S-FE powered the TD 2000 via the rear wheels. Yes, this old-school car is powered by the same engine that powered the Toyota Celica. It produced 131 PS in a sports car that weighed less than a ton and had four-wheel disc brakes so you would stop like a modern car. 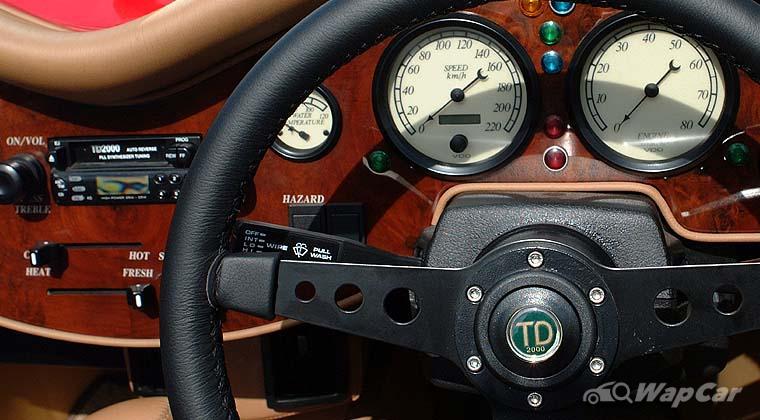 The TD 2000 was initially only available with a 5-speed manual which was called Silverstone and later an automatic variant known as Gatsby was introduced. They were not cheap with prices starting at RM 170,000 in 2008 or more than RM 203,000 when adjusted for inflation. 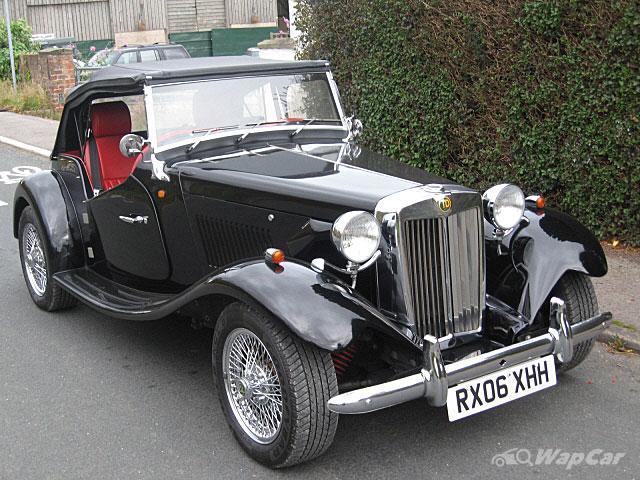 Since Malaysia wasn’t a huge market for post-war British sports cars replicas, sales weren’t focused here. Instead, TD Cars were eyeing for export given the unpopularity and niche interests in something like the TD 2000 here. Plus, it’s too expensive and a convertible, in this weather? 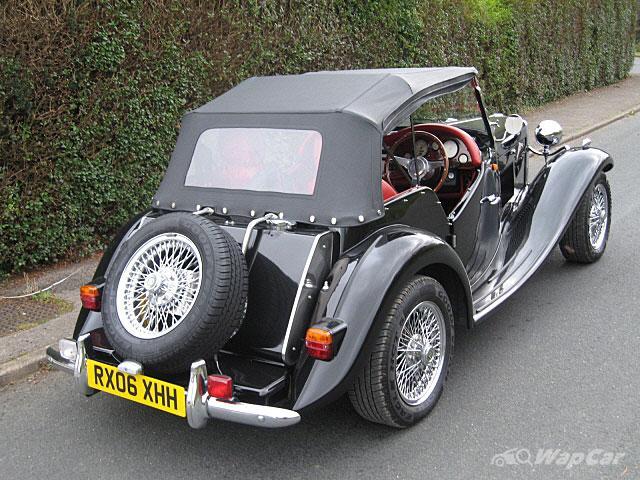 The TD 2000 at least found a few customers overseas. Some units were seen in the UK, Japan, Singapore, Thailand, Taiwan, New Zealand, and Australia. Interestingly, the TD 2000 was sold in Japan by Mitsuoka which we featured quite recently.

However, things have gotten a lot quiet for TD Cars today. Last we check their website, td-2000.com, it directed us to some betting website. A trip down the Wayback Machine saw that the domain appeared to be taken over by some Chinese website some time in 2018.

So, is TD Cars, well, inactive? Probably. The dealership deal with EON ended pretty quietly, especially now that EON themselves no longer sold Proton cars. The TD 2000 it seems became more of a forgotten relic now but for Malaysia’s unofficial first sports car, it was at least an interesting addition to the nation’s automotive history.