Home > News > Are Malaysians responsible enough to be driving SUVs?

Are Malaysians responsible enough to be driving SUVs? 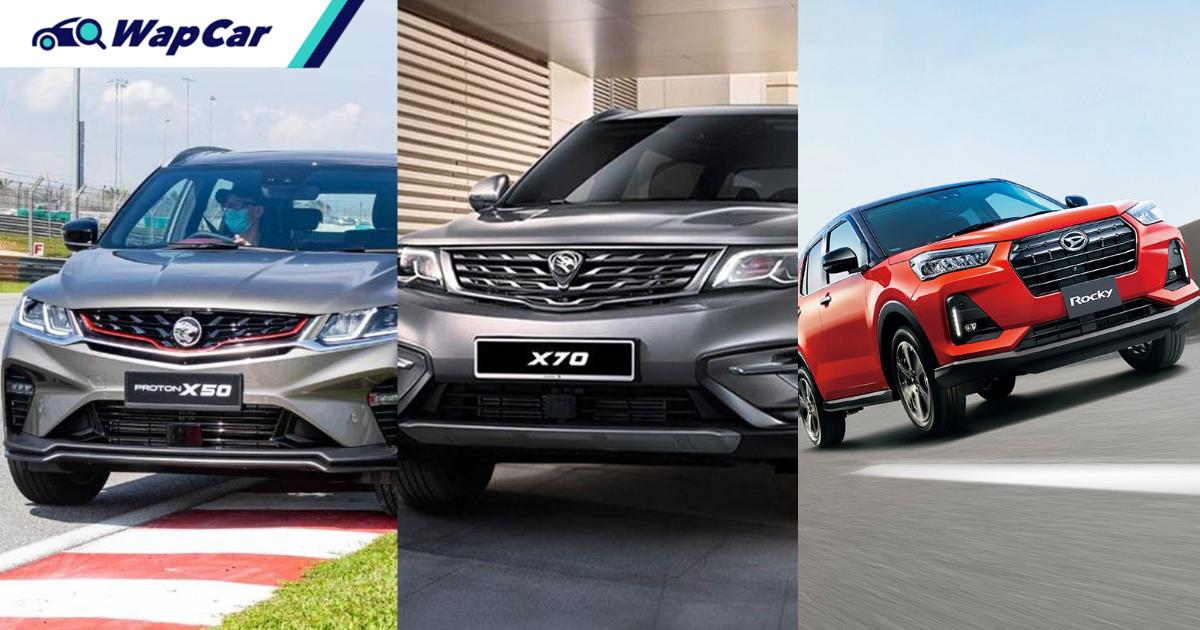 It is happening. The SUV wave is nigh. Malaysian SUV sales are expected to take off in earnest in 2021 with the introduction of affordably priced models like the Proton X50 and the soon-to-launch Perodua D55L.

Already the X50 has exceeded sales targets, filling a three-month order book, even before a price is announced. Not to mention, Proton credits its 55.7% increase in sales in 2019 to success of the X70 and Saga. 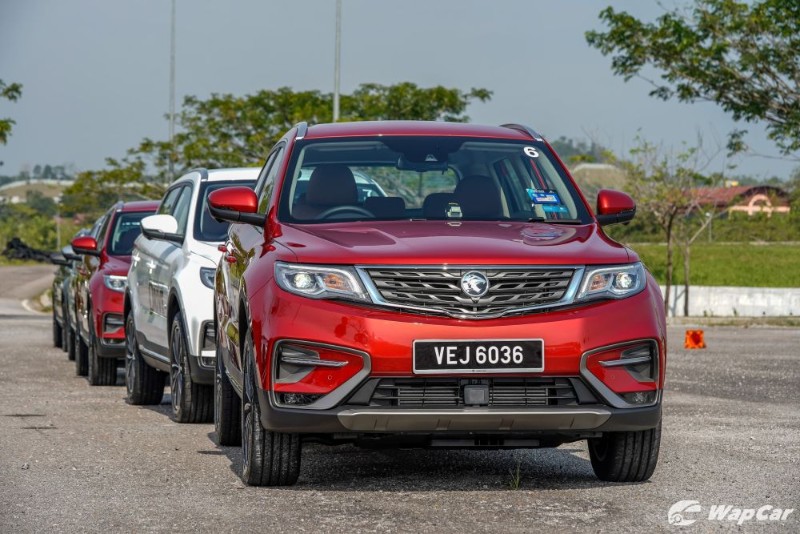 As for Perodua, its only SUV model, the Aruz, only accounts for a mere 12.5% of its 2019 sales. However, its highly anticipated D55L model is expected to dominate the small SUV segment like what the original Myvi did to the Saga. 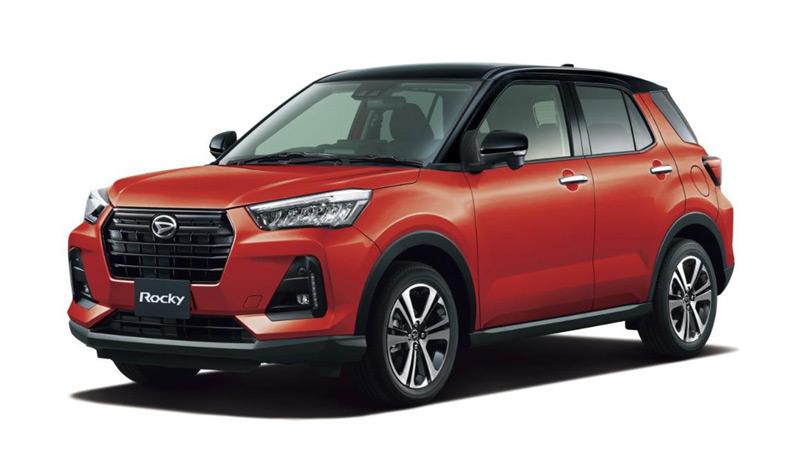 That is all well and good. As much as I love driving, I have no issues with people choosing SUVs over sedans. I too appreciate an SUV’s high hip point and ease of getting in and out. However, I am sceptical if the majority of Malaysian drivers are responsible enough to be driving SUVs in the first place. 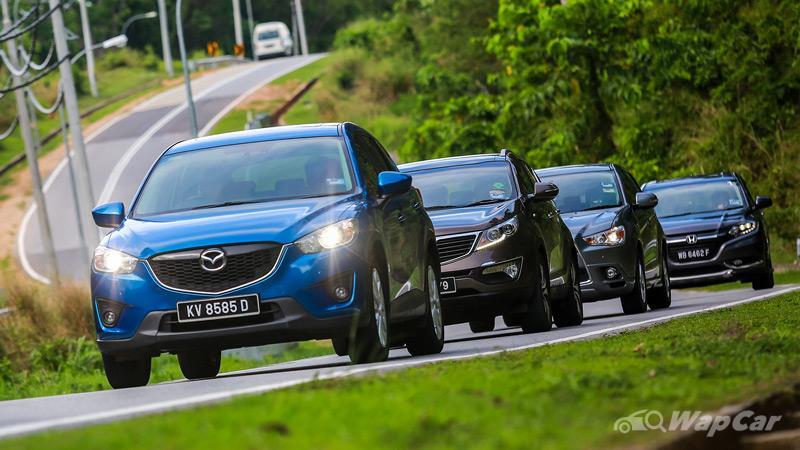 Already Malaysians are doing wonderful things with their cars. And by ‘wonderful’ I mean turn every work commute into a live-action roleplay of Mad Max: Fury Road. 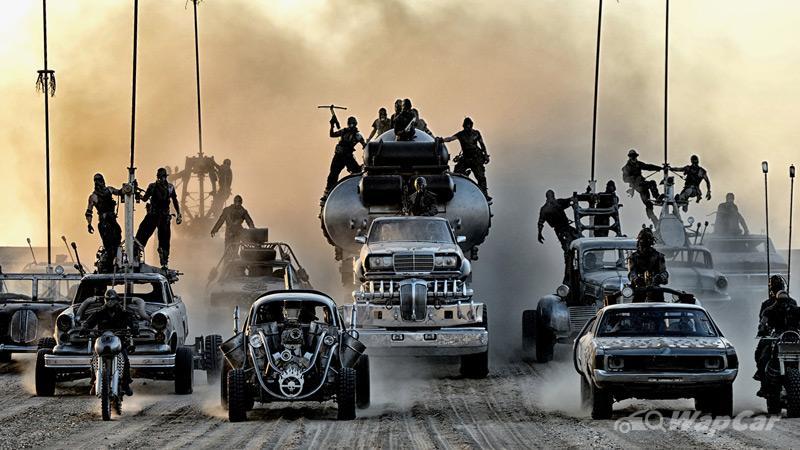 We get out onto the road to lane-cut our way to our destination, tailgate to get where we are going, and when we need a Teh Tarik from all that driving, park on the curb.

We are good at doing this in our Myvis and Sagas already. Imagine if we all traded those in for the D55L and X50. Would there be a curb unparked in the Klang Valley? 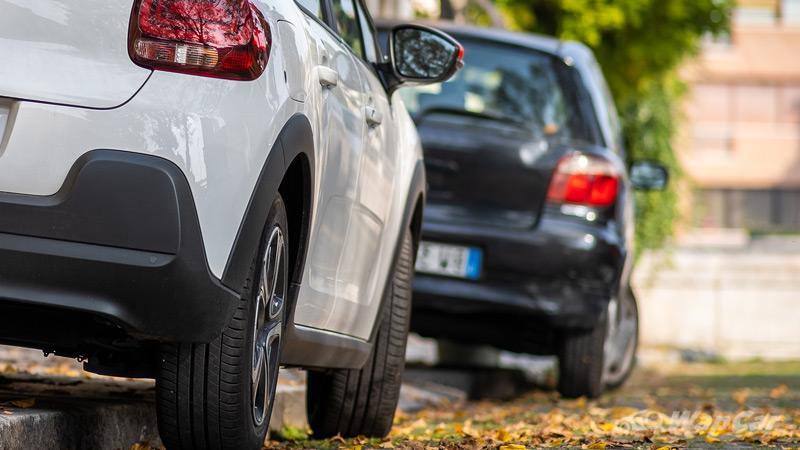 I don’t expect everyone to be saints, but I don’t want everyone to behave like enraged simians on the road. And the SUV tends to bring out the worst in us. I know that for myself.

Whenever I test SUVs there is a general feeling that lesser traffic part to make way. Motorcyclists jump out of my path. Cars quickly concede their place in the queue. 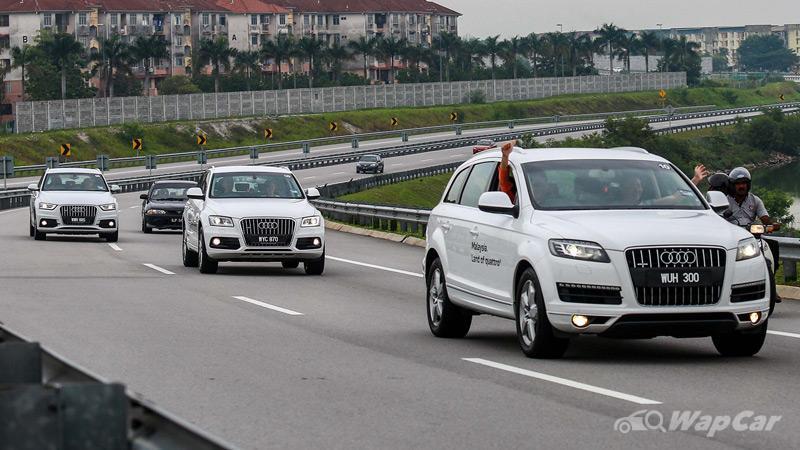 Not only that, you get a better performance kick out of an SUV as well. Out accelerating a Civic EK Type R in a gargantuan supercharged-V8 Range Rover gave me a buzz no sports car could match.

There is something about the way an SUV’s up-high seating position makes you feel invincible. Where the law of the jungle reigns, he who carries the bigger stick will win every argument. And that feeling will go to some people’s head. 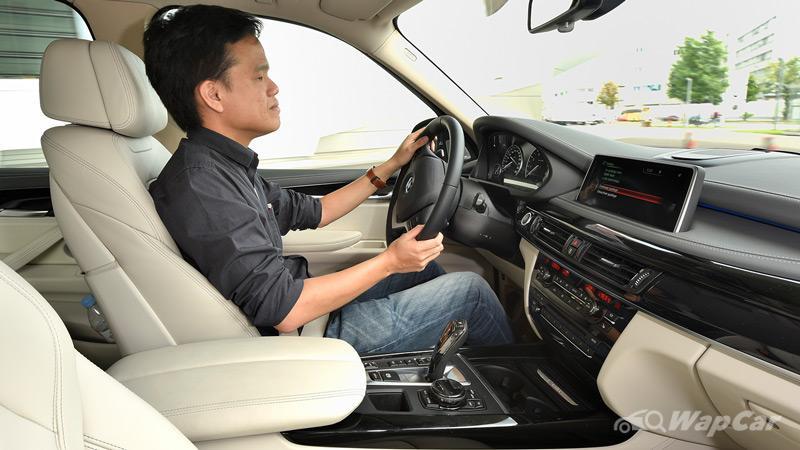 Though that feeling gives a false sense of security. On top of being harder to respond to emergency situations, SUVs can come off worse in an accident in some instances and cause more damage.

Over the United States, the Insurance Institute for Highway Safety (IIHS), a non-profit organisation, found that SUVs are 28% more likely to kill the driver in a passenger car. Euro NCAP is overhauling its crash testing procedures for 2020 to account for the safety hazard SUVs pose in an accident.

Jeremy Clarkson said it best, “4x4s [SUVs] are like nuclear weapons, if one person has one, then for protection, so must everyone else”. But mutually assured destruction won’t make for good neighbours.

Today's technology may help cut down on carelessness. However, as mentioned before, features such as ADAS aren't meant to replace driver discipline. 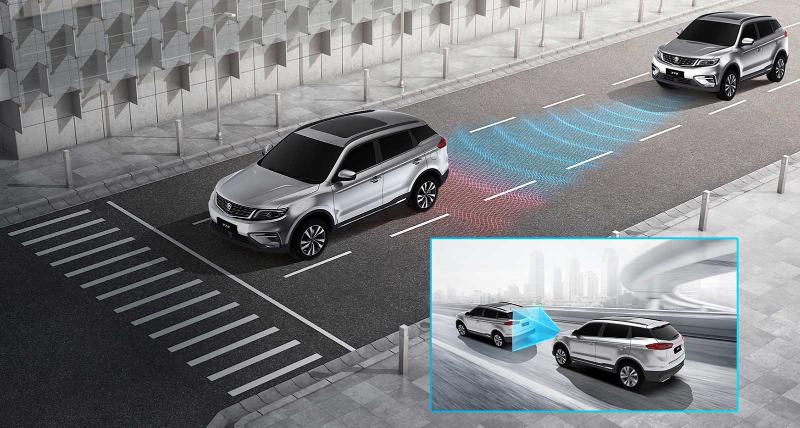 In the end, it is up to Malaysians to refine their driving habits and be more mindful of their responsibilities as a driver of a larger vehicle. Though I have my doubts that many Malaysians care about the different characteristics of an SUV. 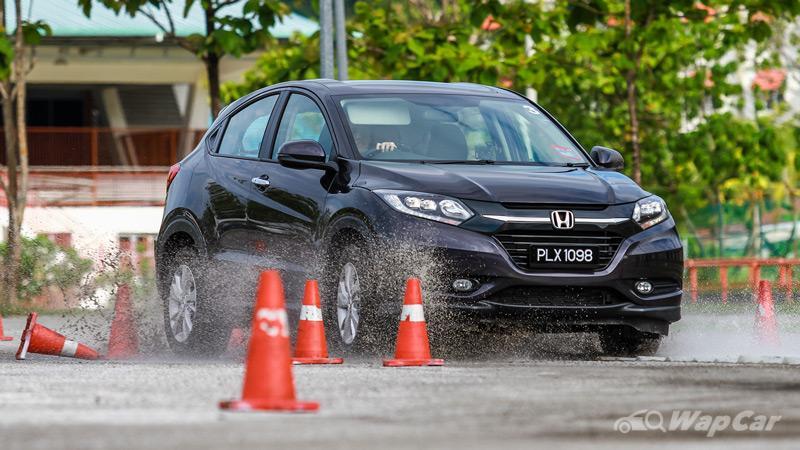 After all, when was the last time low NCAP scoring and inherent instability dissuaded Malaysians from tempting fate? The endless YouTube reel of the ongoing demolition derby on our roads is testament to that. We kept buying ill-equipped cars until the Malaysian government intervened to mandate basic safety features like airbags and ABS.

Fixing this driver etiquette problem goes down to driver training, enforcement, and changing attitudes. For starters, the current driver training syllabus is woefully lacking as it merely tests the barest of competency.

Trainees graduate to a full license without any proper driver mindset and discipline instilled. Many aren’t even all that confident of driving on the road. So, imagine how hopelessly underprepared they are going from a small training Axia into a large high-riding X70? 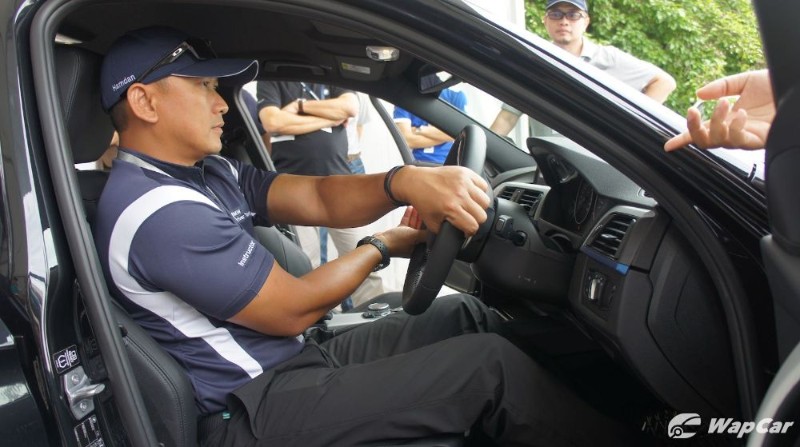 Proper driver training has to be backed up by strict and ever-present enforcement. As it stands now, Malaysia’s authorities aren’t doing enough to enforce the letter of the law. And so long as that is lacking, don’t expect Malaysians to take the initiative to behave themselves. 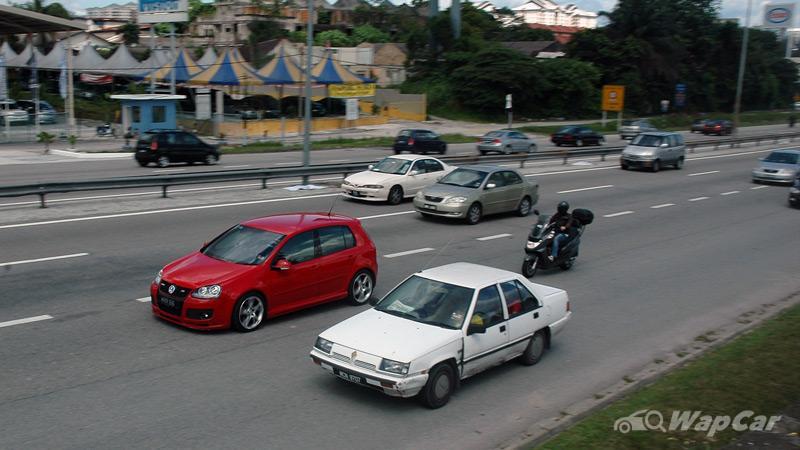 Addressing the attitude of Malaysian drivers is probably the most confronting. We take way too much pride in our cars. A sentiment brought to light by a truck operator who remarked: “In Europe, our cars are dirty, whereas our trucks are clean. In Malaysia it is the other way around!”. 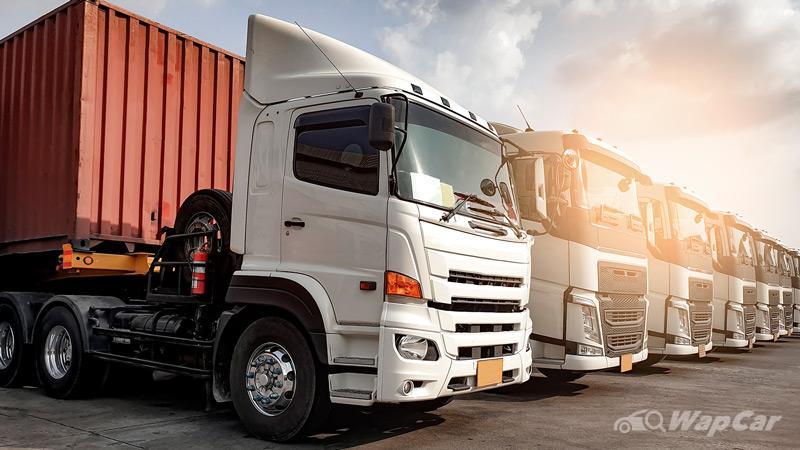 That distinction underlines the difference in attitude towards car ownership. In many developed nations, truck operators keep their trucks clean as a display of professionalism and good conduct. After all, that is how they would want their businesses to be represented on the road.

The appearance of their cars, on the other hand, aren’t as important. It is common to see cars caked in road grime or ride on the cheapest steel wheels in places like Europe. To them, cars are a tool, even if it is a Mercedes-Benz. 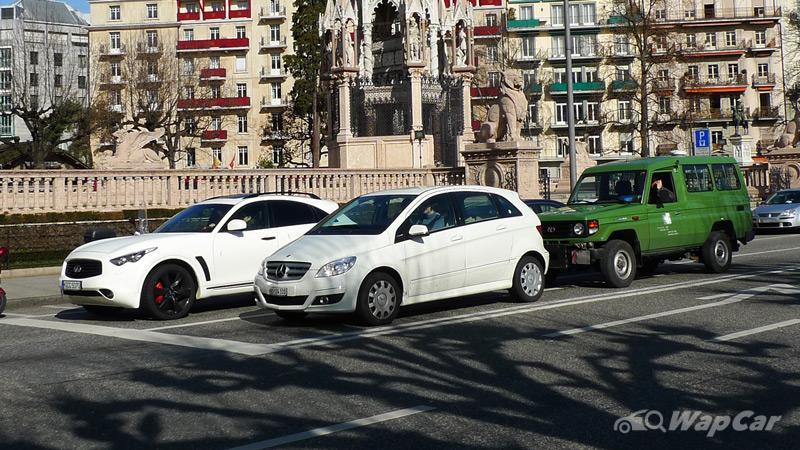 Malaysian by comparison seem too strung up on the car they own. Yes, when you have a decade worth of loans ploughed into it, you would want to show it off. But we put too much emotional investment into it. In doing so we become too tribal, too exclusionary, and selfish. That is not very Malaysian. 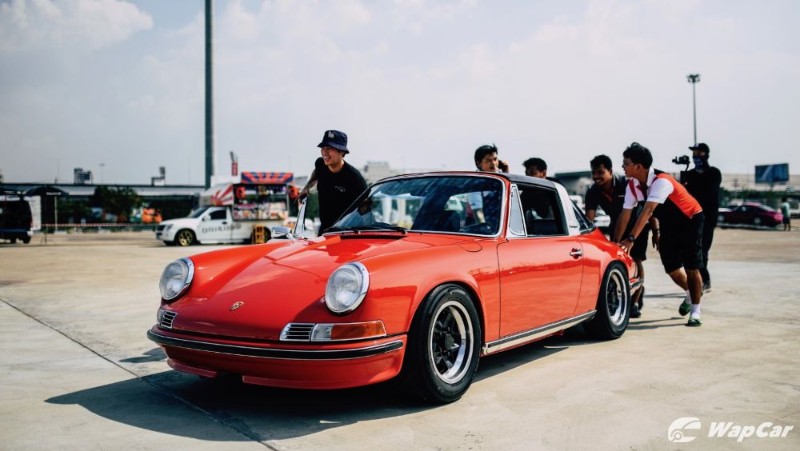 We pick the darkest tint on our windows to hide our faces and let our cars muscle its way through traffic. We don’t let others into our lane. We tailgate expensive cars and brag on social media about how our budget car can keep up with pricier cars. Are these the sort of behaviours that you would want in drivers with bigger SUVs? 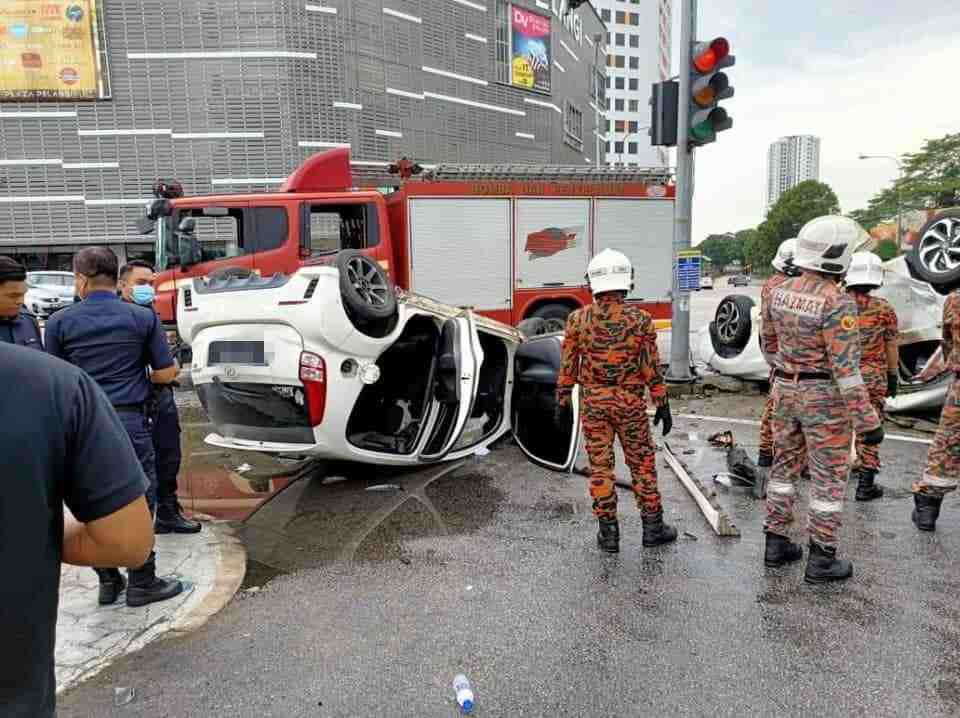 Judging by the popularity of the Proton X50 and X70, and the interest for the upcoming Perodua D55L, SUVs are here to stay. However, we can’t wait around and let authorities fix society. They can’t even fix themselves. Instead, we all have to play a part in making our roads better for everyone.

Relax, driving in Malaysia doesn’t have to be a rat race. Be courteous and patient. Be mindful and conduct yourself properly. And don’t be too hung up about the car you drive and the car others drive.

At the end of the day, all that stress and ego-measuring to keep ahead is just dust in the wind. We should make driving better and more enjoyable for everyone. And the more of us make exemplary drivers of ourselves, the quicker we will make Malaysia a better place.