HomeNewsAt the Tokyo Motor Show, the Toyota Yaris was moved aside for the Honda Jazz - here's why

At the Tokyo Motor Show, the Toyota Yaris was moved aside for the Honda Jazz - here's why 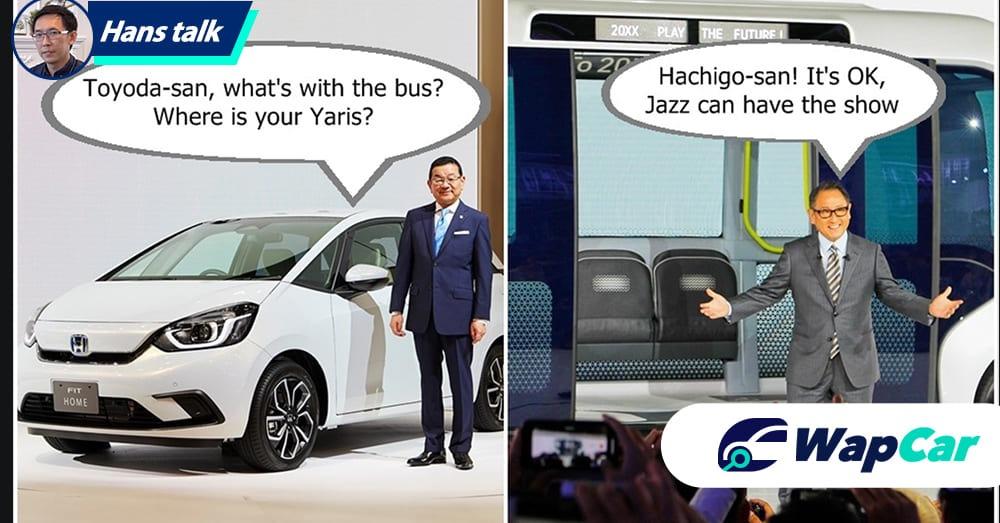 Yesterday marked the closing of the 2019 Tokyo Motor Show. The highlight, as far production cars that regular folks can buy, is definitely the all-new fourth generation Honda Jazz.

Archrival Toyota has no intentions of making life easy for the Jazz. Just one week before the opening of the 46th Tokyo Motor Show, Toyota announced its all-new Toyota Yaris (formerly known as Vitz in Japan).

The Toyota Yaris' announcement came a day after Honda released a teaser video commercial for its Honda Jazz, which is sold as the Fit in Japan. Both will go on sale in Japan at the same month, on February 2020.

All signs pointing to a big match happening at the Tokyo Motor Show, except that it didn't.

To everyone’s surprise, the Toyota Yaris was missing from the motor show, thus forfeiting its claim to the public’s attention to the Honda Jazz.

Actually Toyota did put the Yaris on display, albeit not at the motor show but at the nearby Venus Fort mall, far away from the crowd.

Even more surprising was the fact that Toyota’s booth at the motor show had not a single car, but instead showed a collection of quirky mobility concepts and robots.

There’s even an electric broom, like some really weird Akihabara version of Hogwarts Academy’s flying brooms.

Toyota President Akio Toyoda said in his opening speech, “Our booth this time does not feature a single car "to be launched next year". All that is found here are forms of mobility that link to society and communities and that provide modes of getting around and services to people.”

Even the second generation Toyota Mirai's world premiere was not done at the motor show, but at Toyota’s MegaWeb store.

So why did Toyota stepped back?

Far from ceding space to Honda or anyone else, the 2019 Tokyo Motor Show belongs to Toyota, but only if you know where to look. 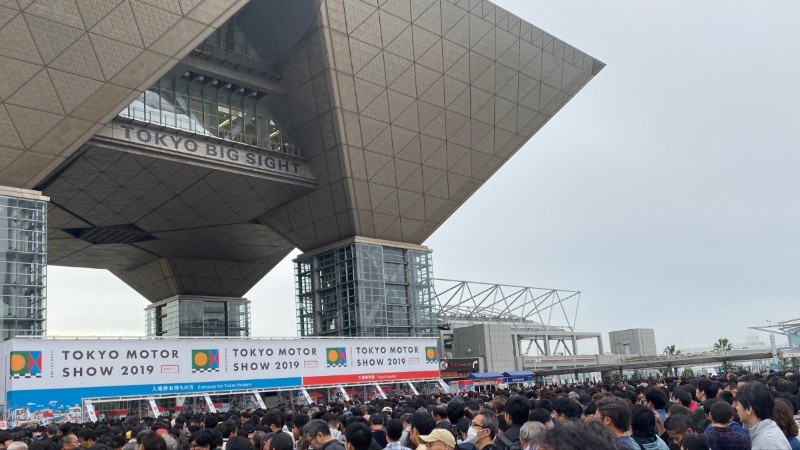 This year’s Tokyo Motor Show spanned across two different locations. On-going preparations for the 2020 Tokyo Olympics meant that a portion of Tokyo Big Sight, the show’s usual location in Ariake district, had to be closed for renovations and parts of motor show had to be moved to neighbouring Odaiba area, which is basically Toyota Town.

Odaiba is home to Toyota’s MegaWeb – Japan’s largest automotive theme park and brand experience centre. Behind it is a retro-themed History Garage.

With the motor show split now between two areas, visitors had to be shuttled around. 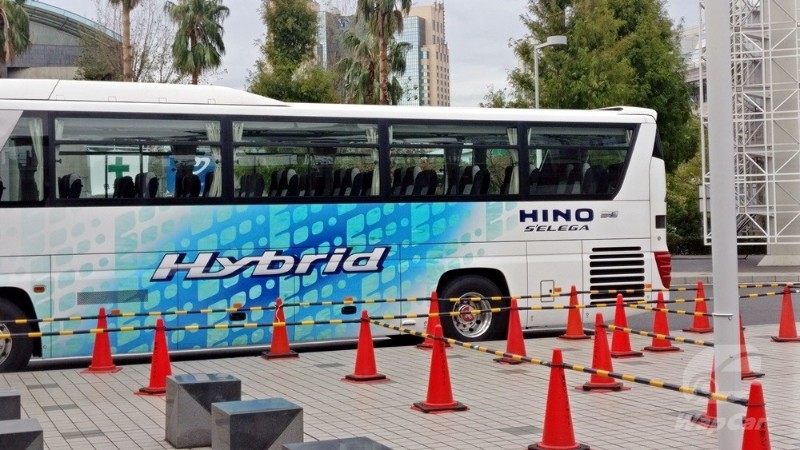 Who to do it? Toyota’s subsidiary’s Hino's fleet of hybrid buses of course. Among the buses used was the Toyota Sora hydrogen fuel cell bus, which will also be used for the 2020 Tokyo Olympics.

This year’s motor show saw an expanded test drive/taxi ride area, part of a wider effort to promote interest in cars in a country where ultra-efficient public transport and expensive parking/fuel makes car ownership difficult, and young Japanese have little interest in cars. Toyota wants to change that. 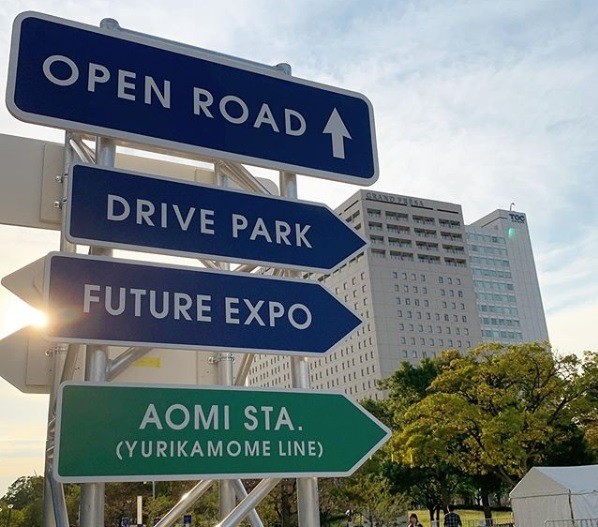 Exhibits in the Odaiba area were dominated by the Toyota group, and this includes subsidiary Daihatsu as well as its Toyota-affiliated brands like Subaru (20 percent owned by Toyota) and Mazda (about 5 percent owned by Toyota). Viewed as a whole, Tokyo Motor Show's venue was basically split into two - Toyota's section, and everyone else's.

The Tokyo Motor Show is organized by JAMA (Japan Automobile Manufacturers Association), whose president is Toyota President Akio Toyoda, now in his second term - a rare move because JAMA’s two-year presidency term is typically rotated among the presidents of Toyota, Honda, and Nissan.

In fact, it was Toshiaki Mikoshiba, the former Chairman and CEO of American Honda Motor and current JAMA Vice-President who asked Akio Toyoda to serve another term as JAMA President.

“I was wondering whether replacing Toyoda as chairman after two years would be best for the auto industry, just Tokyo hosts the Olympic and Paralympic games next year, he said at a JAMA press conference earlier this year.

The auto industry is now undergoing an extremely difficult period of transformation, one that Akio Toyoda describes as a once in a 100 years transformation.

Precipitating the coming post-car era are falling interest in motor shows and cars in general, the latter is very obvious among younger consumers living in major developed cities. The recent Frankfurt Motor Show in Germany recorded just 560,000 visitors, down from a high of 931,700 in 2015. 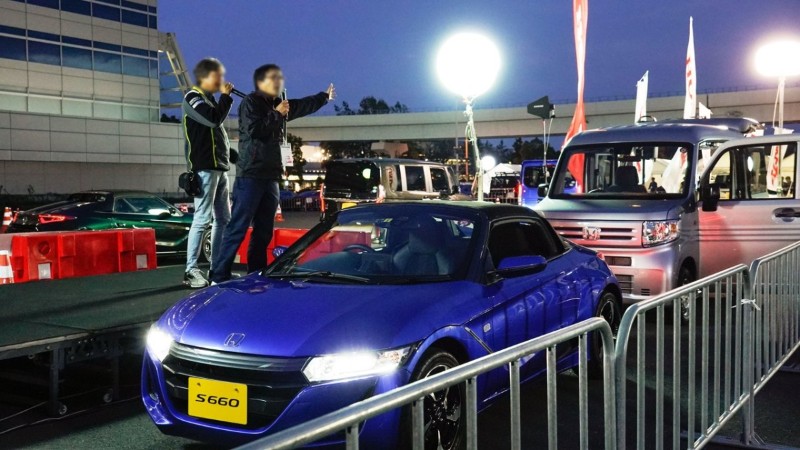 Visitors count for the biennial Tokyo Motor Show are still being tabulated but it’s not going to return to its peak in 1991, when 2,018,500 visitors turned up. In 2017, the show recorded just 771,200 visitors, mirroring similar drop experienced by motor shows in Geneva, Detroit, Frankfurt and Paris.

JAMA knows that if the show continues with the same format, nothing is going to improve. 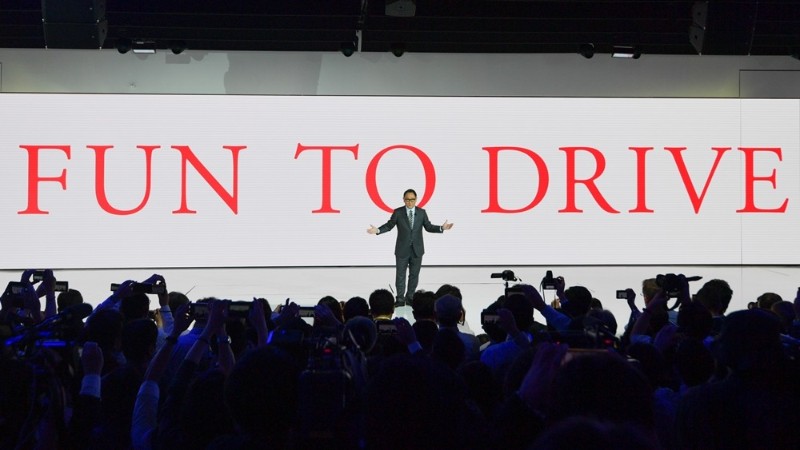 Spurring growth and rekindling the love for cars among Japanese consumers have been a personal mission for President Akio Toyoda, a mission which even Toyota’s fellow Japanese rivals instinctively understand they need to support but few have access to resources as deep as Toyota.

Behind closed doors, Japanese manufacturers, in their capacity as JAMA members, look to Toyota for a strong and consistent leadership to lead their lobbying efforts.

In return, Toyota needs to play the role of a gregarious giant, not a predatory giant. Together with its Lexus brand, plus subsidiaries Daihatsu and Hino, the Toyota group has a combined market share of over 40 percent in Japan. Thus, it needs to be mindful of its conduct.

By stopping the Toyota Yaris from vying for attention with the Honda Jazz,  as well as not debuting any production car at the motor show grounds, Toyota was showing a gesture of respect to its friendly rivals.

The displays at Toyota’s booth at the Tokyo Motor Show is meant to tell the rest of Japan (and the world) that Toyota is thinking of Japan's future in the next 25 years, while leaving the space for the next 10 years to its smaller rivals.

As Japan's biggest and most influential car maker, Toyota has to take on the responsibility of solving problems that smaller companies like Honda or Nissan don't have the resources to address.

Toyota wants to find answers to how will people move around in the post-car world.

Like many developed countries, Japan has an aging population, how can cars meet everyone's needs for mobility. What will happen to the car industry when people no longer see the need to own cars, when people hail robo-taxis instead of owning a car? How do car companies stay relevant?

These are questions that will be answered by Toyota’s LQ, e-Palette, e-Racer, T-HR3 humanoid robot.

In contrast, Honda and Mazda didn’t show any concept cars, and that was intentional. Everything that was put out at Honda’s and Mazda’s stage will go on sale in Japan in 2020.

There are some token concepts by Nissan and Mitsubishi, but none of it are to be taken seriously.

Over in Germany, Europe’s automotive powerhouse's equivalent to JAMA, the VDA (Verband der Automobilindustrie, German Association of the Automotive Industry) is currently in disarray.

A successor has yet to be found and the German press say his resignation was prompted by dissatisfaction by the Volkswagen Group, Germany’s biggest car maker.

Thus, it didn’t come as a surprise that this year’s Frankfurt Motor Show had the lowest turnout in recent history.

Just one day after the 2019 Tokyo Motor Show had ended, I received a call from a representative of JAMA, who wanted to ask for feedback on this year’s event. 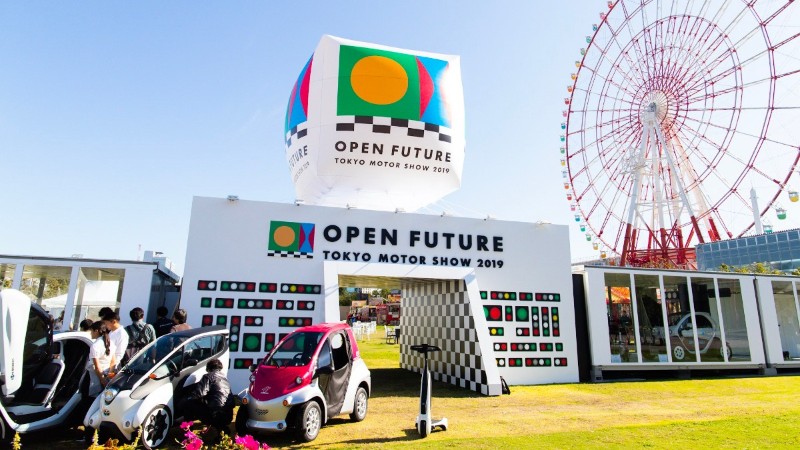 With a more unified auto industry that is more ready to poll its resources together, maybe this ‘once in a 100 years challenge’ will see Japan finally returning to its glory days of the ‘90s, as Europe continues to struggle with vilification of the car industry. 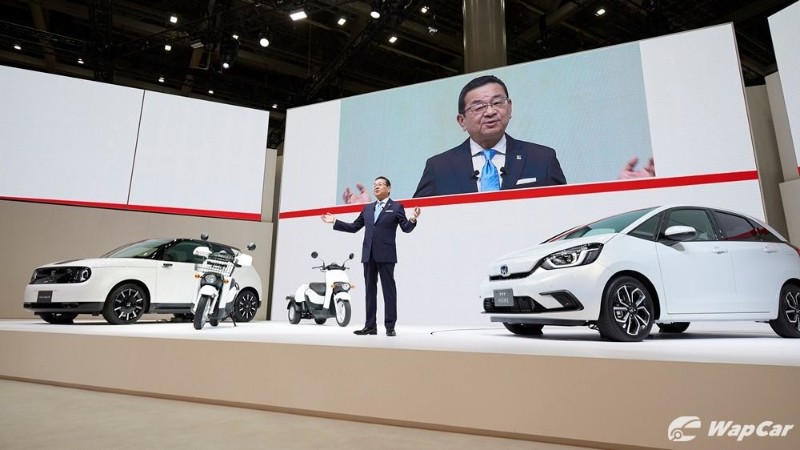 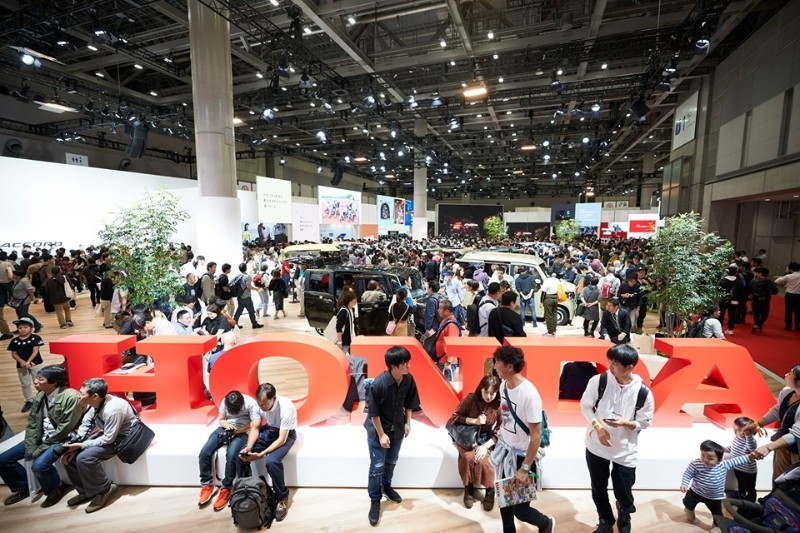 At the same time, both companies know that they face a common challenge of meeting demands of electrification, driverless cars, and changing attitudes towards car ownership, all which are putting Japan's automotive industry at risk.

The Toyota Yaris will fight the Honda Jazz, just not at Tokyo Big Sight or Odaiba. Great leaders know when to compete, and when to work together.