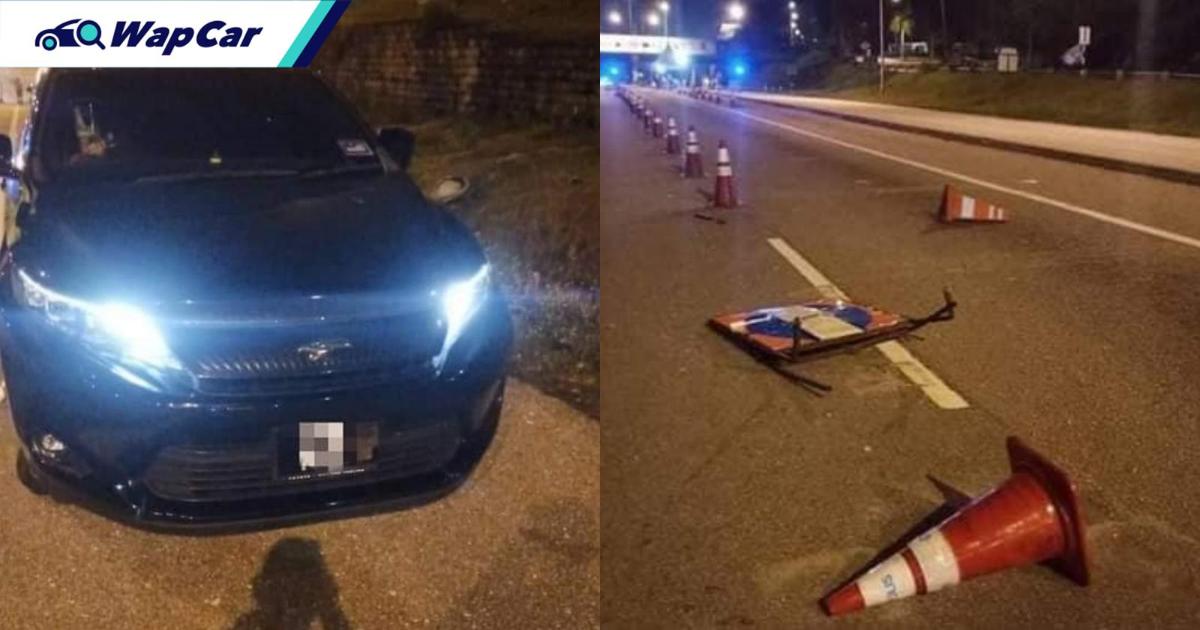 Equipment at a police roadblock were damaged a beautician rammed her Toyota Harrier into a roadblock near the Damansara Plaza Toll. A breathalyser test confirms that the driver was driving under the influence of alcohol.

The incident happened at around 1 am on Tuesday. Police at the scene had immediately detained the driver and she was transferred to the Traffic Investigation Unit of the Petaling Jaya police station.

The driver has since been released on police bail but the incident will still be investigated under Section 45a (1) of the Road Transport Act 1987.