Better Mitsubishi products for Malaysia as MMC doubles down focus on ASEAN? 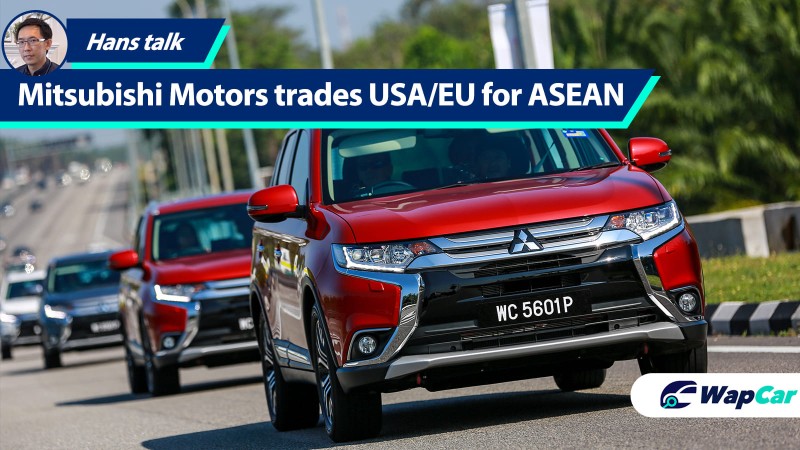 As a company, Mitsubishi Motors Corporation (MMC) have seen better days. Yes, the company still enjoys a strong market presence, especially in 4x4s and it’s still the only brand that’s in a position to challenge the Toyota Hilux's dominance, but it’s safe to say that company have long passed its peak.

More than 100 ago, Mitsubishi Motors’ predecessor, the Mitsubishi zaibatsu conglomerate built Japan’s first series production car – the Model A, which was a copy of the Fiat Tipo 3. 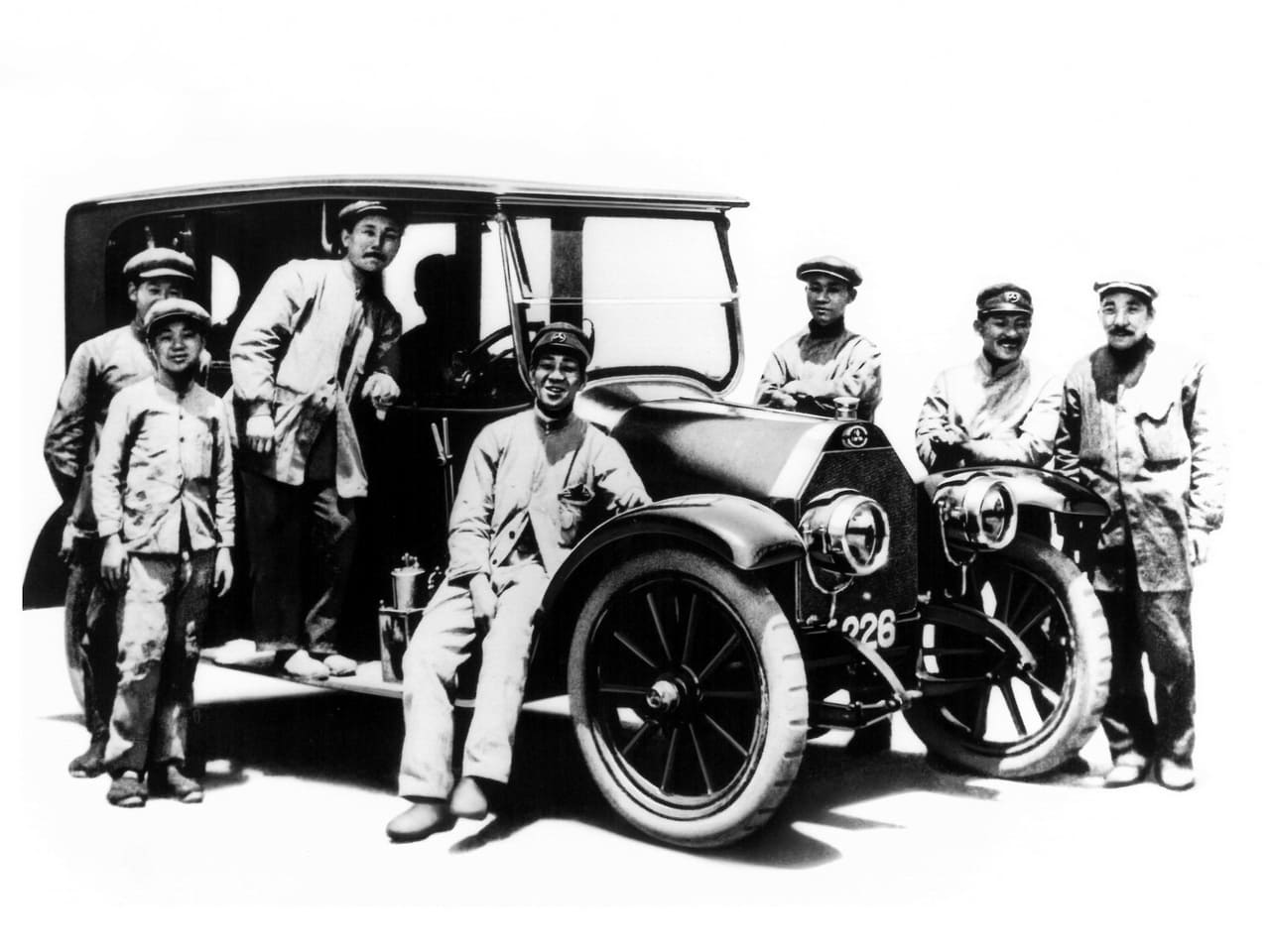 At its peak, the tri-diamond brand was second to none in technical competency. Even Porsche had to learn from Mitsubishi.

In the ‘80s, Porsche couldn’t solve the problem with loud vibrations in four-cylinder engines used in the Porsche 944 – a common problem with large capacity four pot engines. It had a solution but later learned that it didn’t work as well as Mitsubishi’s Silent Shaft and rather than wasting more time and money to improve it, decided that it was better to license the technology from Mitsubishi, and you thought the Germans had superior engineering?

In 1987, the Mitsubishi Galant VR4 featured the world’s first electronically controlled active suspension. It also had permanent four-wheel drive, and a 241 PS turbocharged engine – basically an Audi RS4, but 10 years earlier and with four-wheel steering.

Later, Mitsubishi added the Legnum wagon, which came out before the RS4 Avant existed. 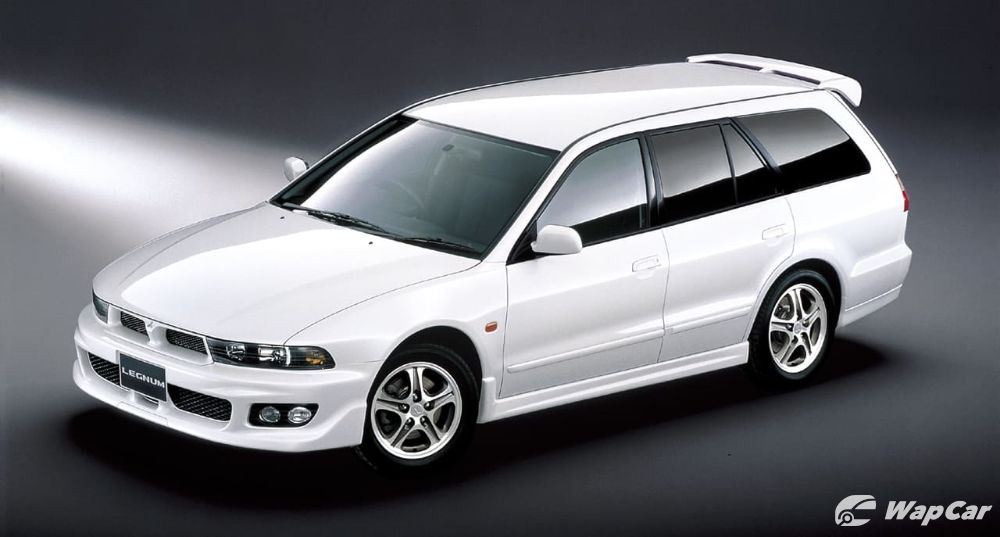 Anyone who grew up in the ‘80s and ‘90s will know of the Paris Dakar Rally dominating Mitsubishi Pajero and the factory team’s star driver Kenjiro Shinozuka. 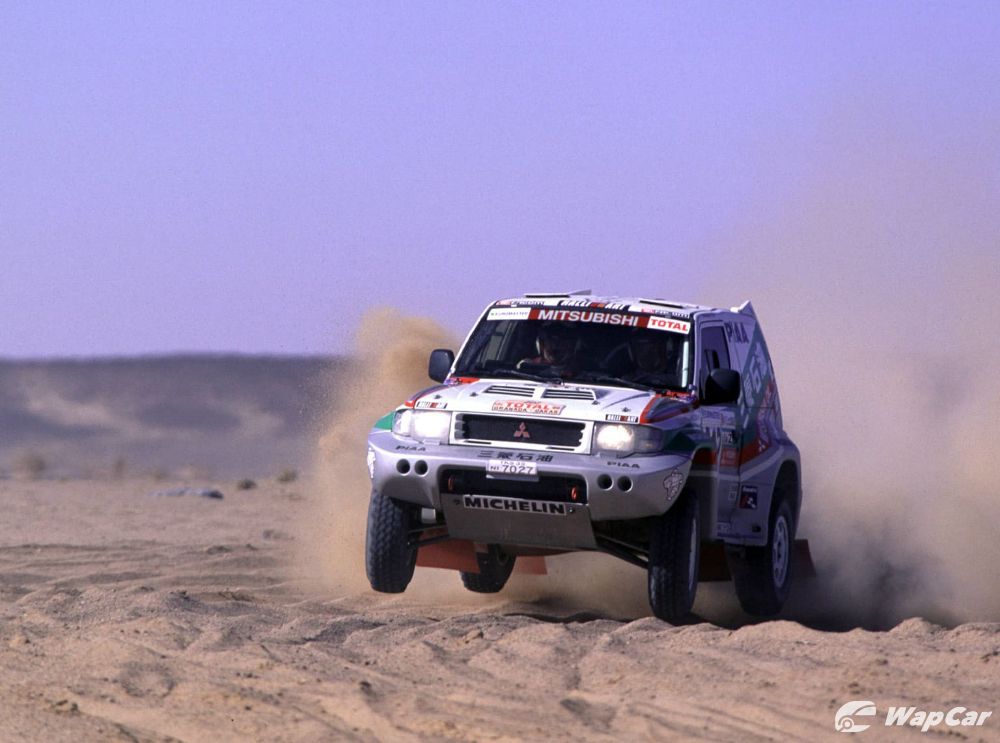 Of course, you all know the legendary Tommi Makkinen’s Lancer Evolution and the glorious battle with Colin McRae’s Subaru Impreza WRX – the best decades of World Rally Championship.

And then the money ran out. Japan’s Lost Decade, the post-Bubble economy years hurt Mitsubishi Motors particularly hard as parent company Mitsubishi Corporation was a lot more exposed to real estate and currency speculations than Toyota or Honda.

A series of costly recalls in Japan stemming from systematic covering up of defects sealed its fate.

After that, Mitsubishi Motors became a very conservative company. Today, Tommi Makkinen works for Toyota’s Gazoo Racing. The Lancer nameplate is no more and the only sedan Mitsubishi still makes is the ageing, A-segment Attrage. 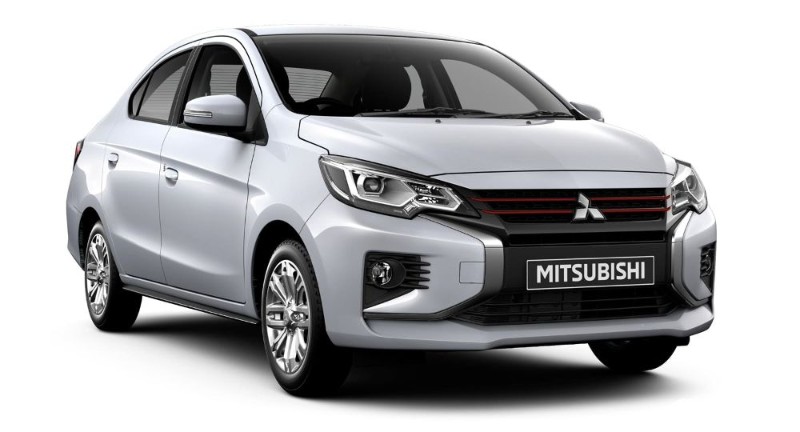 After two decades of pushing hard to improve its standings in key markets of North America, China, Europe – what the company refers to as ‘mega markets’ – there's little to show.

The only bright spots for the company are pick-up trucks and SUVs, most of it sold to countries in the ASEAN trade bloc. 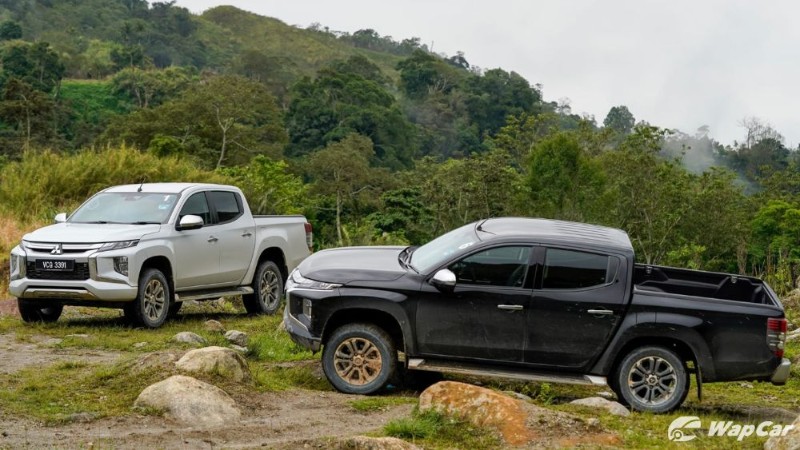 The Asian region contributed 40 percent of MMC’s global sales, most of which coming the ASEAN countries of Thailand, Indonesia, Vietnam, Malaysia, and Philippines. 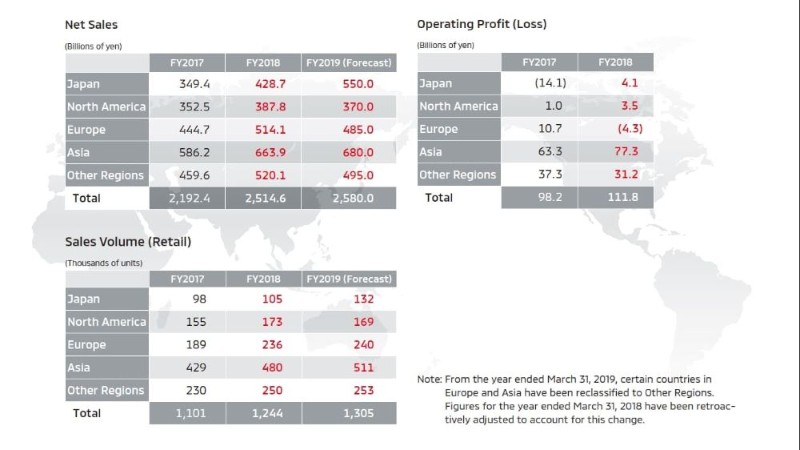 Before Covid-19 wreaked havoc in the global economy, Asia generated JPY 663.9 billion in sales, contributing over 25 percent of MMC total sales in the last financial year, an increase of JPY 77.7 billion over the year before - 80 percent of the increase came from ASEAN.

The Mitsubishi Triton was so good that Nissan gave up chasing Mitsubishi with its Navara and invited Mitsubishi onto its side, joining the Renault Nissan Mitsubishi Motors Alliance and decided that the next generation Nissan Navara to be based on the Triton. 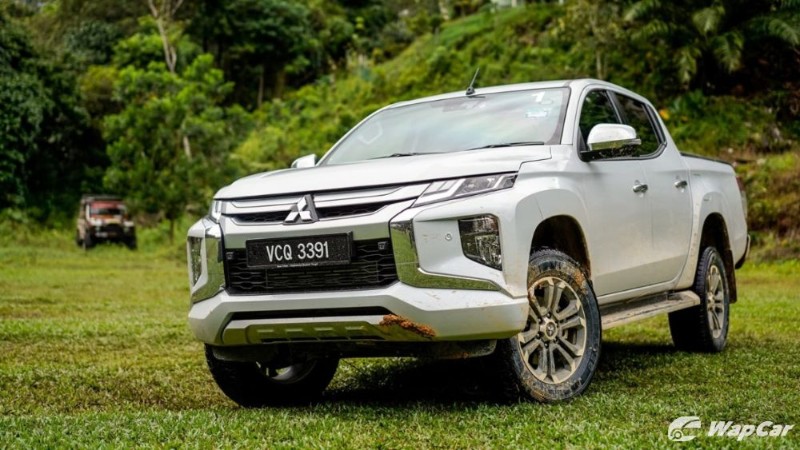 In the region’s MPV capital of Indonesia, the Mitsubishi Xpander often swap monthly sales leadership positions with the Toyota Avanza. There’s also a derivative model called the Xpander Cross, which is analogous to what the Toyota Rush is to the Toyota Avanza, and it’s doing better than the Honda BR-V in Indonesia.

Last month, MMC announced that it will be scaling down its presence in the mega markets. During the company’s FY2019 financial results briefing, CEO Takao Kato said it was difficult to secure profitability in sales, particularly in these mega-markets.

He also said, “Therefore, we have positioned the period to the end of FY2021 as a period of structural reforms centered on fixed cost reductions.”

“First, we will concentrate our management resources in ASEAN and other regions where we have strengths, and work intensively on strengthening our sales network and production system in ASEAN.

“We will drastically revise our product strategy based on the concept of concentrating on ASEAN and focus on our competitive product segments.”

What does it all mean?

Now that Mitsubishi Motors no longer have to spread itself too thin, it can better focus its resources to our region.

We will get products that are better suited to our local/regional needs. For example, a Mitsubishi Outlander that comes with rear air-conditioning vents, or the Mitsubishi Eclipse Cross that’s better suited to our cost base, rather than the ageing ASX, and a decent B-segment rival to the Toyota Vios/Toyota Yaris –which are hugely popular in this part of the world.

Currently, apart from the Triton and Pajero Sport, all Mitsubishi Motors passenger cars fall short in the finer 10 percent of final touches that make Honda and Toyota (or even Mazda) products more appealing to local/regional buyers. 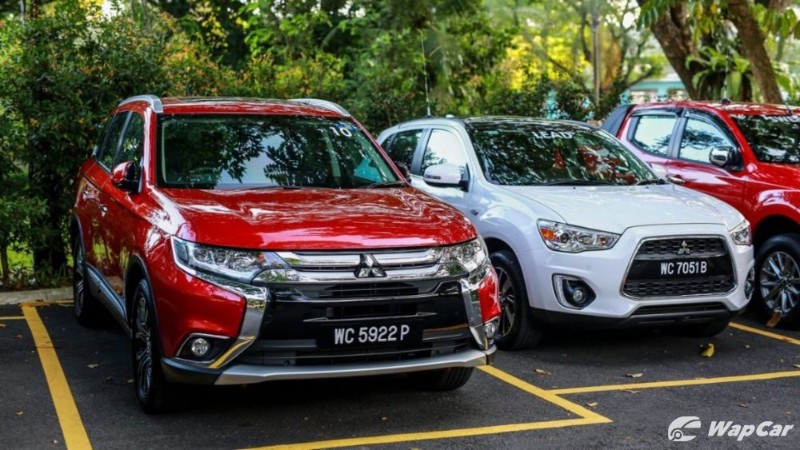 The Mitsubishi Outlander is an otherwise perfect 7-seater if not for its flawed A/C vents design while the ageing ASX needs to be retired.

The move to shift focus to ASEAN also means that the company is now given a second chance to right the wrong when Proton renegaded on its deal with MMC when Proton’s ownership was transferred from Khazanah Nasional to DRB-Hicom in 2012.

The original MMC-Proton deal was supposed to see Proton doing contract manufacturing for not just the Mitsubishi Lancer (Proton Inspira), but also the ASX.

We never got an affordably priced Proton-badged Mitsubishi ASX, whose introduction in Malaysia in locally-assembled form was delayed by nearly two years, to 2014 when MMC appointed Tan Chong Motor Assemblies as its contract manufacturer.

What we really want to see however, is Mitsubishi’s answer to the Honda City and Toyota Vios, as well as the Perodua D55L, Proton X50, and Honda HR-V.

All Mitsubishi cars have a characteristically rally-style soft suspension that still maintains firm control of the car’s body – very few cars can do that. Only those who have long experience tuning rally cars for rough roads can do that.

The only problem is that MMC doesn’t have a suitably modern small capacity petrol engine (Xpander’s 1.5-litre is still too rudimentary) and addressing this will take some time. Hopefully, the reallocation of resources will accelerate this. 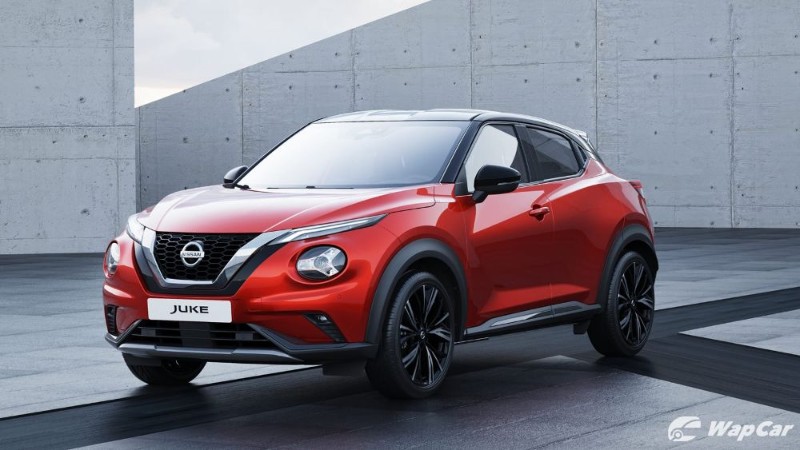 And can we also have the Nissan Juke with a Mitsubishi badge please? Since Nissan is such a flop in this region and since Mitsubishi’s own Eclipse Cross isn’t doing very well, perhaps Mitsubishi Motors Malaysia could do better justice to the Juke? Pinning for the Eclipse Cross to replace the ASX is pointless because it’s just too expensive for what it is, even in Japan, which also explains why the ageing ASX continues to be sold there.