HomeNewsBEVs are cleaner than hybrids? Not true, at least not for Malaysia

BEVs are cleaner than hybrids? Not true, at least not for Malaysia 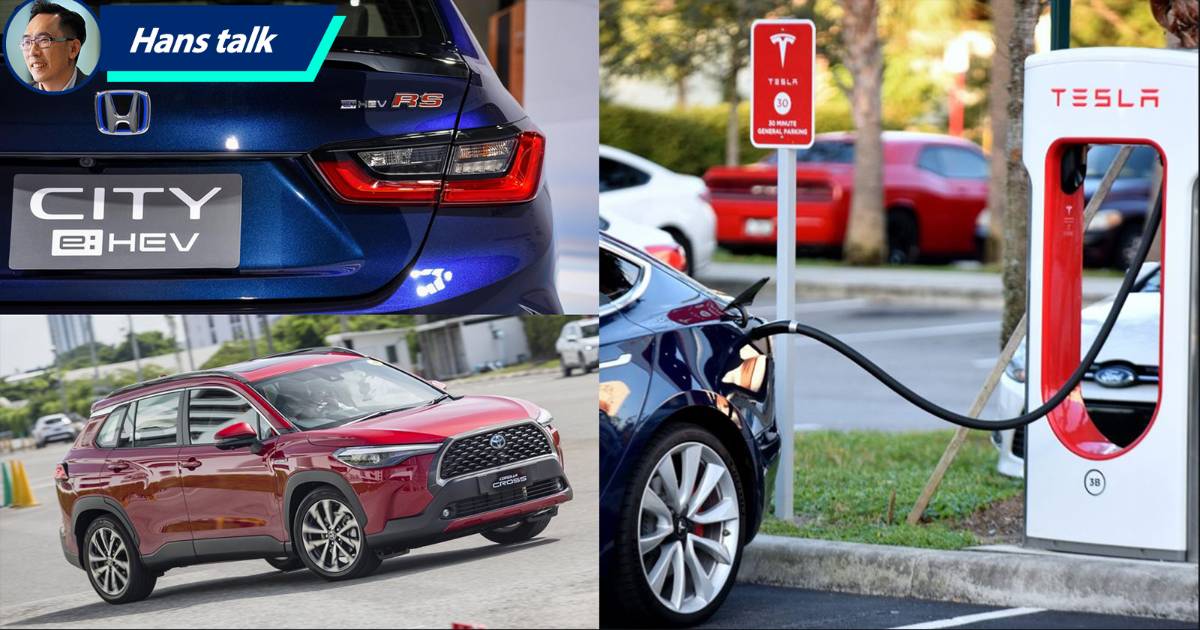 Electricity generation - more than 80 percent of it coming from fossil fuels – are the biggest source of carbon emissions in Malaysia, responsible for 39 percent of total carbon dioxide (CO2) emission.

Cars and other land transport vehicles emit just slightly more than half as much CO2 as power plants.

What about renewable energy? Malaysia is increasing investments into renewable energy, so emissions from power plants will be reduced, but it won't be enough to replace fossil fuels.

Data from Malaysia Energy Commission shows that the current mix of renewable energy is only at 2 percent, and the target is to raise it to 20 percent by 2025 – a big jump that the Energy Commission has admitted to be ‘very challenging’ to meet.

“To realise 20 percent of renewable energy by 2025 is a lofty task as currently it stands at only 2 percent. This constitutes an 18 percent jump, which amounts to roughly 4,000 megawatts,” said the Energy Commission’s COO Abdul Razib Dawood, in 2019.

Even until 2030, the Energy Commission said renewable energy’s contribution will be maintained at around 20 percent. Fossil fuels will remain the primary source of energy for electricity generation.

Large increase in demand for electricity from BEVs will negate any reduction gained from renewable energy.

The conclusion is very simple:

1. The most effective measure to reduce carbon emission in Malaysia is to reduce electricity consumption. Large scale migration to BEVs will simply move pollution from a source that constitutes only 21 percent of the problem, to a source that’s responsible for 39 percent. That’s far from being a solution.

2. Hybrids are the most cost-effective, practical, and immediately accessible solution because it cuts vehicular CO2 emissions by about half, without contributing to CO2 emission at power plants. But according to some BEV proponents, hybrids are a wrong public policy direction.

It's also important to remember that the actual contribution of renewable energy is a lot less than the installed capacity.

Solar power is unreliable and needs to be supplemented either by battery-based energy storage or natural gas turbines. Why? Because you can’t command the sun to shine brighter or dimmer as you wish, but electricity demand will have its peaks and troughs, regardless of weather condition.

Between battery-based energy storage and natural gas turbines, the latter is a more practical choice for Malaysia because we have a lot of natural gas reserves, and the world is short on xEV (HEV, PHEV, BEV, FCEV) battery supply as mineral mines cannot keep up with demand.

Since solar farms can rarely reach their peak power generation capacity due to changing weather conditions, natural gas will still have to be burned.

These gas turbines are not car engines that can be started / stopped as you wish. Gas turbines need to be kept running at idle, ready to be sped up whenever there is a gap between power demand and supply, meaning that real-world CO2 reduction of solar farms is a lot less than claimed.

So once again, it leads back to the keypoint – BEVs charged by fossil fuel power plants won’t cut CO2 emission. Hybrids nips the problem at its source but Tesla superfans will say it's a conspiracy to delay BEVs.

The CO2 emission facts above are simple enough to understand and have been recognized by the United Nations Development Programme (UNDP), as reported by the Malaysian government in its bi-ennial report for the United Nations Framework Convention on Climate Change (UNFCC).

But far-left leaning Tesla superfans will say these data are a bluff, and hybrids are part of a conspiracy to delay the migration to BEVs.

There are many BEV-focused websites, especially in the US, setup to villify anything that's not a BEV.

They argue that it is better for power plants to do the pollution than cars, even though hybrids are much cleaner in the real-world, because they believe that the share of renewable energy will increase – but as you’ve seen the data above, that’s not true, at least not for the next 10 years.

As it is, CO2 emissions from energy sector is already growing at 7.7 percent annually, outpacing road transport’s 6.4 percent. So how is a shift to BEV going to clean our air?

As hybrid cars use smaller batteries, they are cheaper and are not limited by charging infrastructure, which allows them to circumvent the current battery supply shortage and be rolled out to the market at a scale that BEVs can’t match.

Because the same battery volume of a BEV can be used to make a lot more hybrids, one hybrid has the CO2 reduction effect of 3 BEVs, but this is based on Toyota’s data so Tesla superfans will call it a bluff anyway.

Also read: Ignore hybrids to focus on BEVs? This is what Geely’s EV expert thinks

BEVs vs hybrids – It’s not about environment, but about rich vs poor

I know of this guy who is a Tesla superfan. He worships Elon Musk. He is very vocal about green energy. He also smokes a lot and throws cigarette butts down the drain, or the ground he smokes on.

BEV fans don’t care about the environment, else they would’ve taken public transport, or walked more, or use less air-conditioning in their homes. 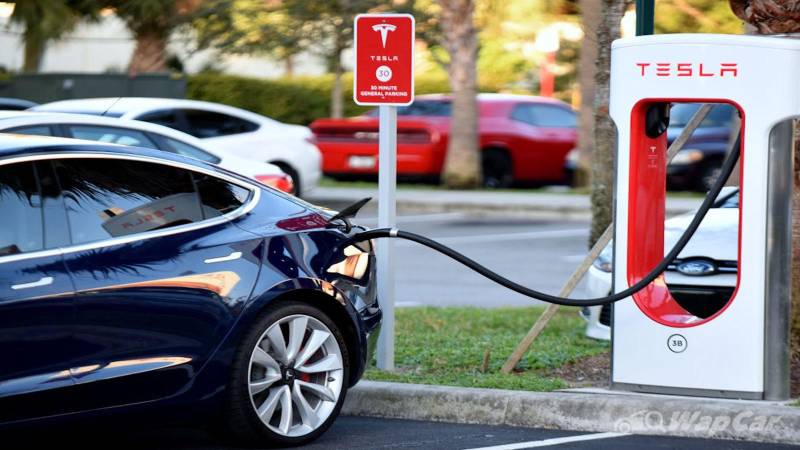 The cleaner at my condo, who cycles to work and sorts out the recyclable trash, because most people just don’t bother compacting their PET plastics or cleaning them before throwing it away, cares more about the environment than many hypocritical BEV fans.

BEVs will remain as toys for the rich - people with multiple cars, people who wonder why stupid M40 group users insist on needing more public charging when they only drive less than 50 km daily.

Yes, BEV prices will eventually come down, but why wait until then when you can already buy a second-hand Renault Zoe for the price of a new Perodua Myvi? But how many BEV fans have snapped those up?

A lot of the demands for the government cut taxes on BEVs are actually coming from self-entitled wealthy folks who think that they should be given a huge discount for buying an electric car, specifically a luxury BEV like a Tesla.

The hybrid vs BEV debate is not about cutting CO2 emissions. It’s just an excuse used by the wealthy to escape tax, like they always do. 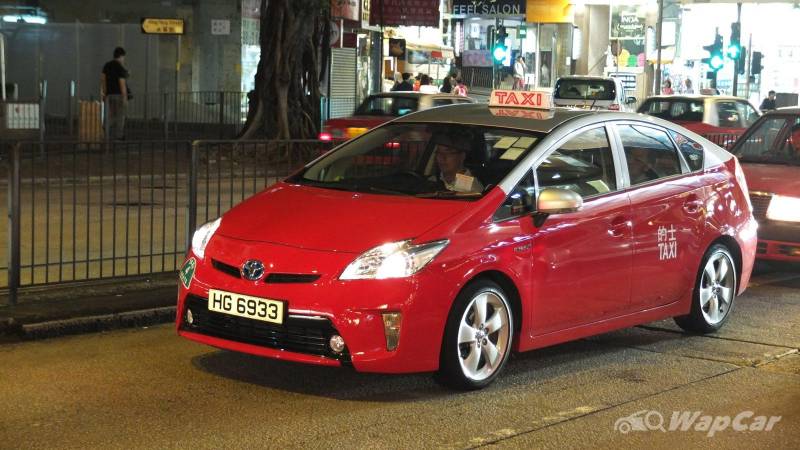 Hybrids are not status symbols. The Honda City Hybrid and Toyota Corolla Cross Hybrid are cars for the middle-class. The Toyota Prius, the definitive symbol of hybrids, runs on a proven 20-year technology. It makes for a super-reliable taxi but it doesn't fit a billionaire’s image for a cutting edge ride.

A half a million Ringgit Tesla Model S or Porsche Taycan however, sets you apart as the best and the brightest of the digital world. 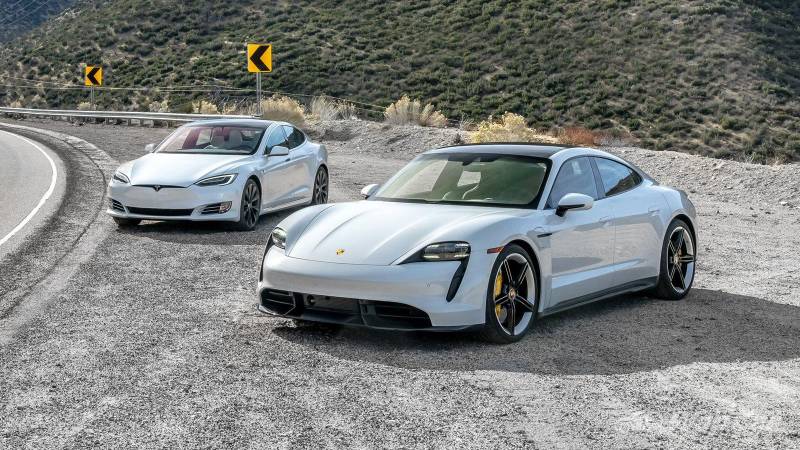 Cutting taxes for BEVs while penalizing hybrids – as demanded by BEV fans - is not going to benefit the M40 guy because no matter how cheap a BEV is, he can’t live with a Renault Zoe or even an MG ZS EV that requires him to plan balik kampung stopovers around charging spots, and hopes that no one is blocking / using it. 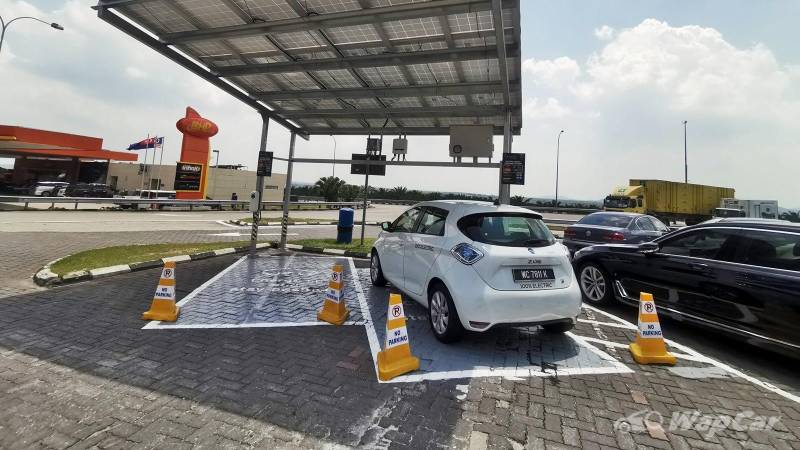 Buoyed by Tesla’s narrative, the wealthy folks – some of them are probably heavily invested into Tesla and BEV-related stocks - have become very vocal in demonizing the one technology option that can actually make a huge difference in cutting CO2 emissions, one that’s affordable and practical enough for the common man.

They have even setup their own lobby groups, which they say is necessary to counter the government lobbying by oil and car companies.

These groups are now funding websites that demonize hybrids - which the regular man can afford, as well as hydrogen fuel cells - which is necessary to ramp up renewable energy, and hydrogen burning combustion engines - which may allow us to convert existing combustion cars into zero emission ones (that's a massive contribution, if successful),

Basically anything that's not a BEV is of the devil, while batteries made from mines that leave toxic waste on local water systems are gifts by angels.

The way Malaysia’s vehicle tax and cost structure for locally-assembled cars works also mean that the government can’t do much to reduce prices of hybrids for the common man any further. 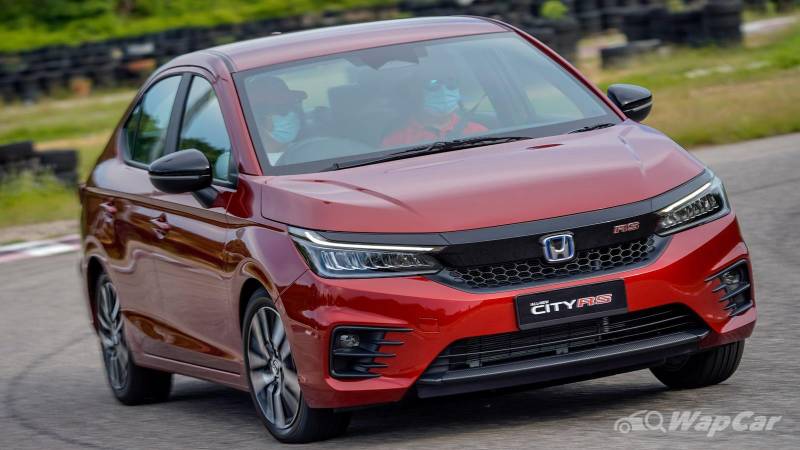 A regular locally-assembled Honda City Hybrid already gets deductions in excise tax but doing local-assembly in a small market like Malaysia, where over 60 percent of all new car sales are dominated by Proton and Perodua, is very costly.

A fully-imported Tesla or Porsche Taycan with their fat distributor margins however, has a lot more room to cut prices, so wealthy buyers stand to gain a lot more. 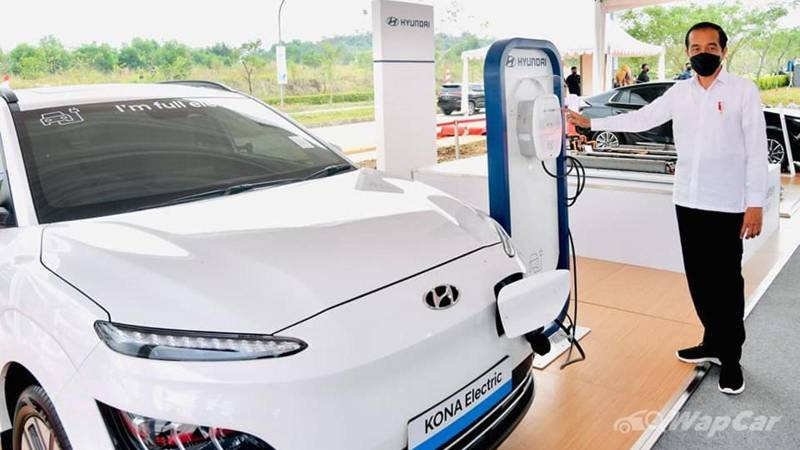 For some countries like Indonesia, which has very rich nickel reserves and has ambitions of becoming the Arabia of the EV era, then yes accelerating BEV adoption makes sense (economically, not necessarily environmentally).

For Malaysia, is there an upside potential in favouring BEVs over hybrids? If there is an argument to be made about netting investments, then fair enough. But let's be honest about its CO2 reduction potential.

The aim is to reduce CO2 emissions, not ramp up BEVs

The sustainability agenda appears to have been hijacked by companies intent on pushing a European Union-style battery-centric agenda. CO2 reduction is just an excuse.

China specifically states that by 2035, half of all new passenger cars sold must be hybrids, with the rest made up by plug-in hybrids, battery electric vehicles, and hydrogen fuel cell electric vehicles. It's a very technology neutral, objective-driven (cutting carbon, using whatever means necessary) goal.

Public transport is the best solution, not BEVs or hybrids

To be clear, the importance of BEVs will only increase with every passing year. Given the long lead time it takes to roll out supporting infrastructure for vehicle charging (we need to think beyond city centres), the work must start now.

BEVs need to be pushed out to the road starting now so we can kick-start demand, without which there can be no business case for charging infrastructure.

The message here is don't be dogmatic about BEV being the only acceptable solution.

Plus, central to UNDP's recommendation to reduce carbon emissions in cities is not hybrids or BEVs (though those are also recommended), but public transport - still the cleanest and most efficient method to move people, regardless of its powertrain type.

This is the most important fact that supposedly very concerned on greenhouse gas emissions BEV lobbyists leave out.

At the centre of UNDP's Green Technology Application for the Development of Low Carbon Cities (GTALCC) is to encourage goverments to think about moving people, as opposed to moving vehicles.

Climate change is real and it's a problem too complex for only one rigid form of thinking, or only one technology pathway to solve. We need to use all available solutions, whether it's BEV, HEV, PHEV, FCEV, biofuels or synthetic fuels, tweaking the details of implementation based on local conditions, the last point is very important.