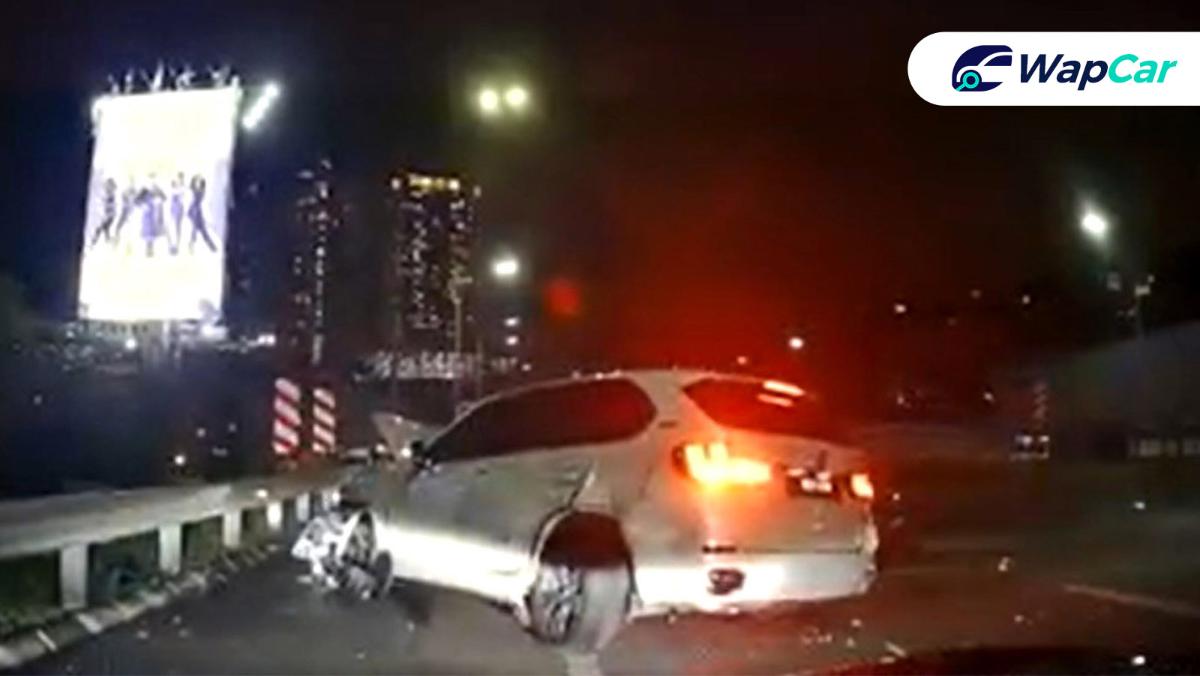 By now you've would've seen the video of an accident involving a BMW X5 on the North Klang Valley Expressway (NKVE). In the dashcam video, you can clearly see from the driver's point-of-view, that traffic ahead was braking - easily 200 metres ahead - due to an earlier accident. There were also blue warning lights from a Police patrol bike on the left and a man furiously waving his flashlight on the right.

As far as warning signs go, there was ample warning. Still, the driver of the BMW X5 managed to crash into the cars from the earlier accident, at considerable speed. Which begs the question, how? And, could it have been avoided?

Speculation about drink-driving, smartphone usage aside, it is my belief that the driver of the X5 got his/her line of vision all wrong. The driver was definitely looking at just the vehicles directly in front of him/her, instead of looking further ahead.

This is, again, one of the fundamentals of driving, line of vision. When you're driving, look ahead as far as possible. This will substantially improve your ability to assess traffic conditions ahead. Moreover, it gives you more time to react should something untoward happen.

So, to answer the question, yes, the BMW X5 driver definitely could have avoided this accident, by simply raising his/her line of vision, to look further ahead. You will notice your driving become smoother as a result, because you're 'looking where you're going', instead of just reacting to the car in front of you.

My dad once said to me when I first got my driving license, "Always remember, when you drive a car, you are operating a weapon, something that can kill. One small mistake can end a life". I carry these words every time I drive, because driving is a privilege, not a right.