Home > News > Brake disc rust - Is it dangerous? What should you do about it?

Brake disc rust - Is it dangerous? What should you do about it? 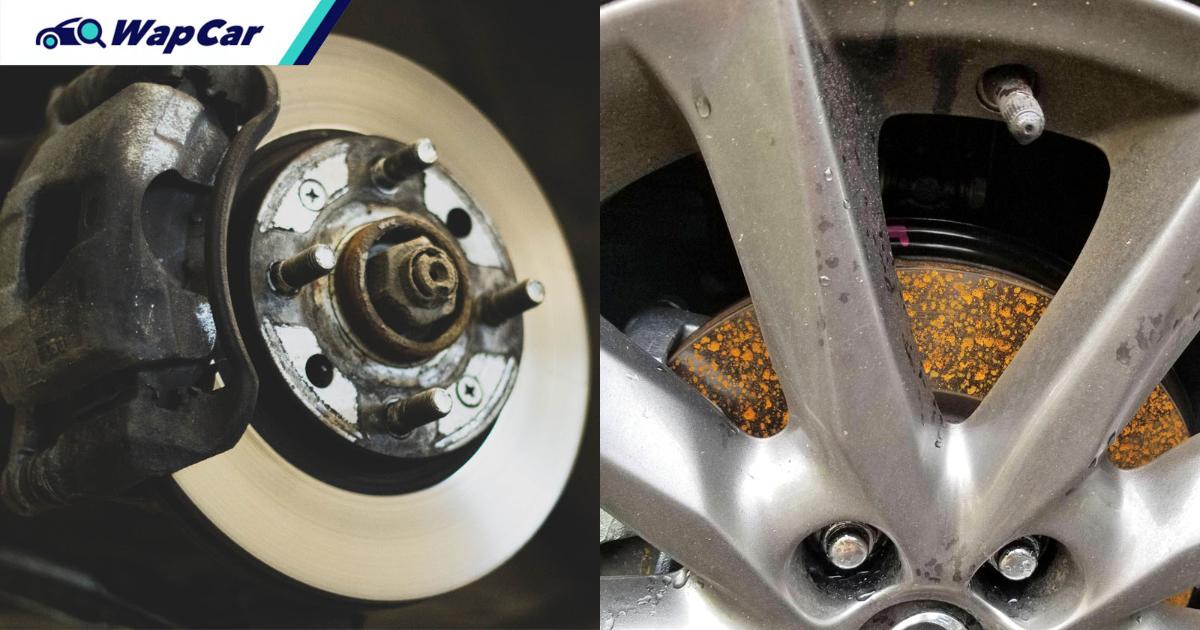 If you have a car that’s been parked for a little bit too long, you will start to notice rust forming on the brake discs/rotors. Some of us are able to look past this, while some of us can’t stand the sight of it.

Is rust on the brake discs harmful?

Brake discs wear out over time either by thinning, warping, or rusting. So, if you’re wondering whether rust on the brake disc is harmful or not, the answer is yes, but only if left unattended for way too long. Rust can corrode the discs and damage the surface for braking.

Now, do take note the slight rust you see on the discs is usually just surface rust. As the name implies, the rust is only on the surface and has not corroded the disc itself. At this stage, the rust is harmless.

What should I do to remove the surface rust on the brake disc?

Just drive the car normally. The normal braking action will make the surface rust go away. There’s no need to remove the wheel or scrub disc down if it’s just mere surface rust. 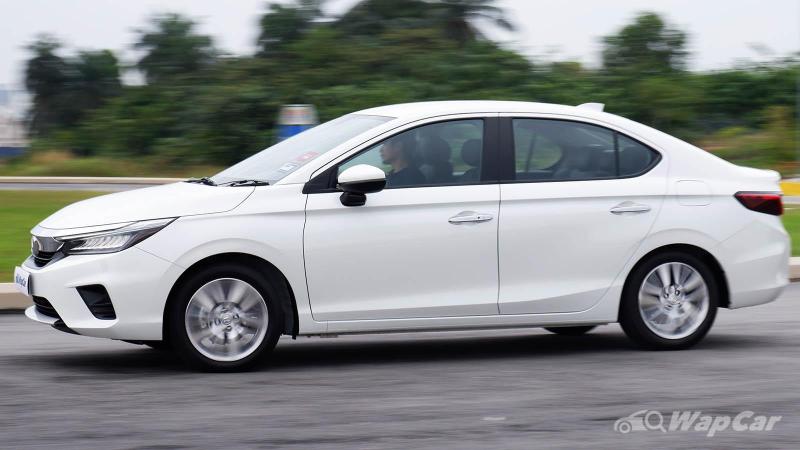 Why does rust form on the brake discs?

Brake discs are usually made of cast iron. As we all know, ferrous metals react with water to produce rust. In humid climates, rust forms at a faster rate.

Besides the brake discs, there are other parts that have exposed ferrous metals too like the exhaust manifold and some suspension joints.

When does rust on the brake discs become a serious problem?

The rate of rust formation will vary according to weather and how well the car is kept. Hence, there is no actual time period for rust to be considered serious.

What you need to look out for is “pitting” caused by the rust. Pitting means the rust has corroded the brake disc surface and the mere gentle braking suggested earlier no longer works to remove the rust. When you start to see this, it’s probably time to change the discs.

Rust, like, cancer, will spread and continue to corrode the disc and compromise its structural integrity. The irregular surface cause by pitting will also cause the brakes to feel juddery.

Can I skim my brakes to remove the rust?

Provided your brake discs still have enough thickness to be skimmed, it is a possible solution. Keep in mind that brake discs have a minimum thickness and usually have a service life of about 4mm, depending on make and model. 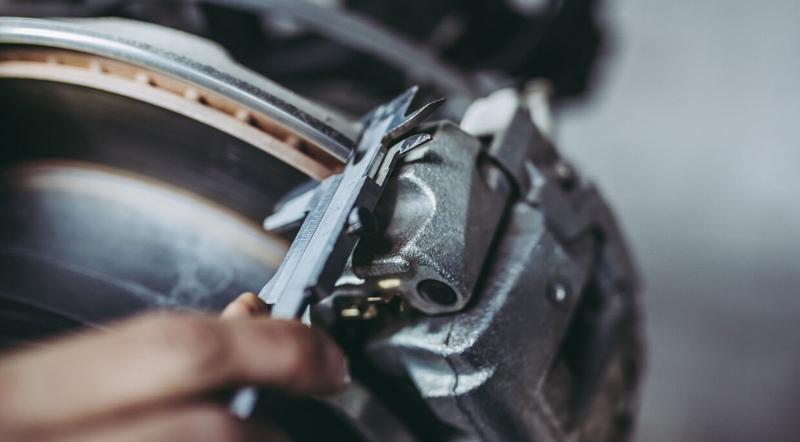 If the disc can no longer saved by skimming (i.e., too thin), its time for a new set of brake discs.

How can I prevent my brake discs from rusting?

Brake disc rust forms when the car is parked. Not when it is being driven. The best way to prevent brake disc rust is to park the car the in a dry and shaded area. Also avoid letting the car sit for too long. Cars are meant to driven, not parked.

Can I paint my brake discs to prevent rusting?

You can paint the disc hub, but that is as far as it goes.

Are all brake discs prone to rust then? 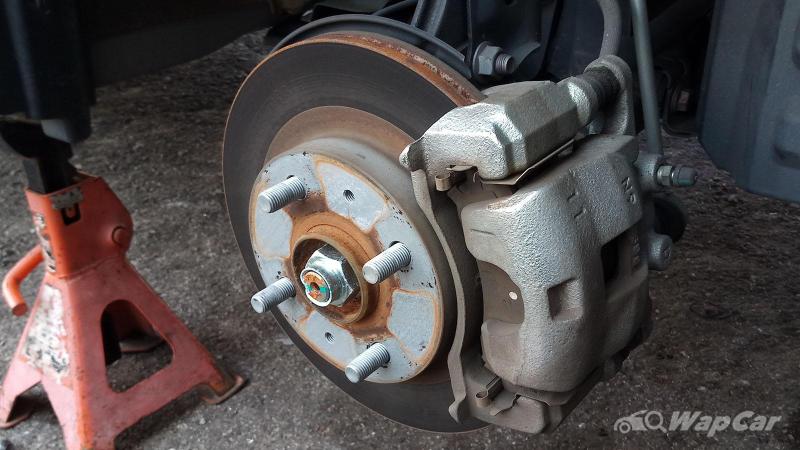 The majority of cars use cast iron for their brake discs since iron has good thermal conductivity and is economical. And for as long as brake discs are made of cast iron, yes, they will be prone to rust.

There are advanced brake discs technology like ceramic brakes or tungsten-coated brake discs. While these alternative materials are immune from rust, they aren’t exactly the most economical option. 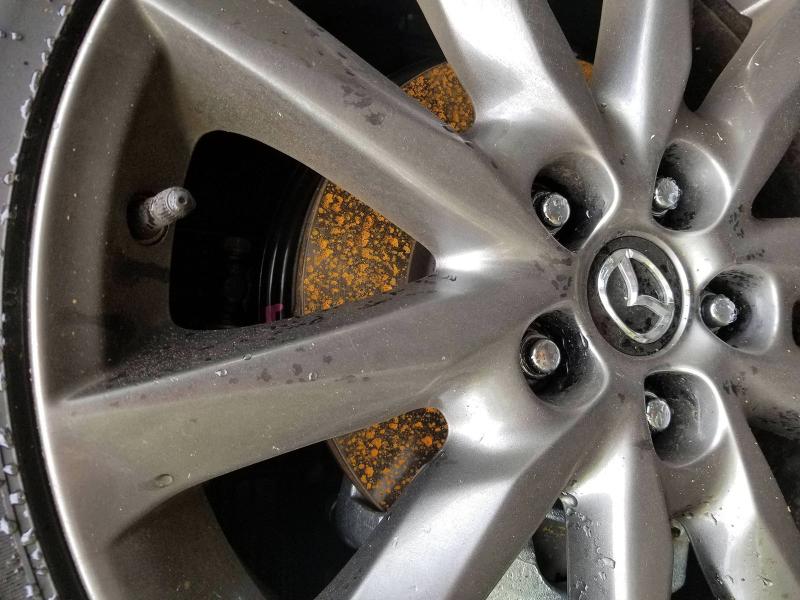 The rust you normally on your car after it has been parked for a long time is usually just surface rust. A little bit of driving should make it go away.

What you need to look out for is when your brake discs start pitting and the rust is corroding the disc/rotor. Brake disc skimming is a possible solution, but keep in mind the minimum thickness of the brake disc for it to operate properly.