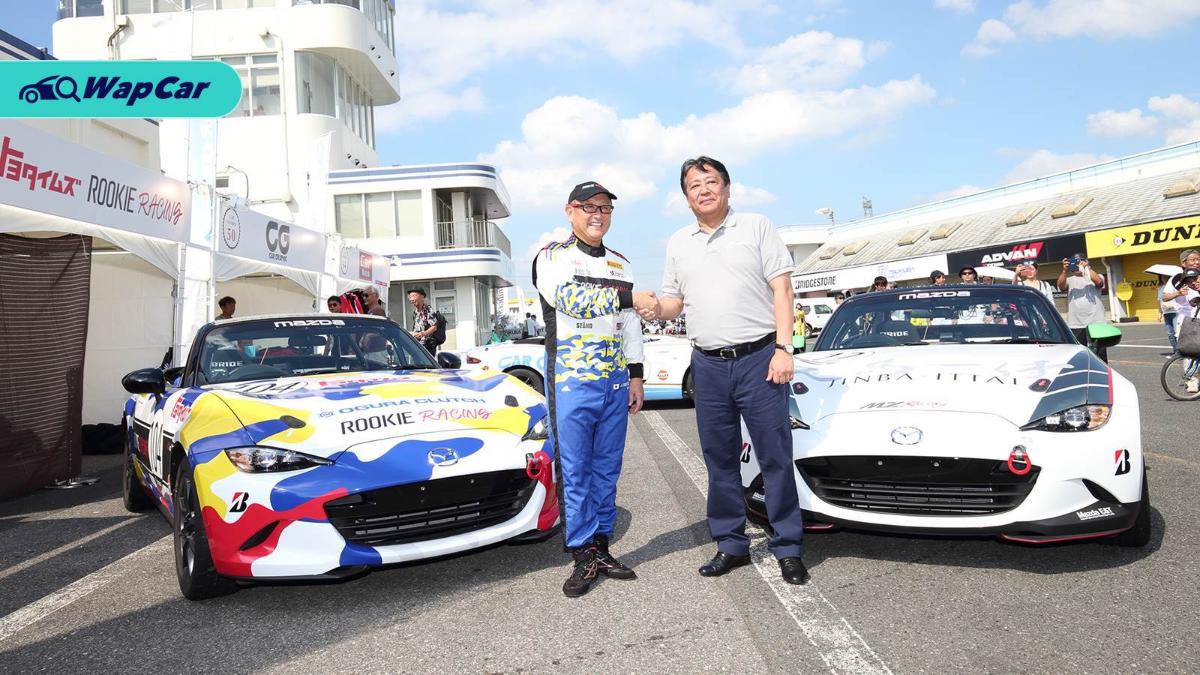 Toyota and Mazda are two very different car companies. Toyota is a corporate giant, the world’s largest car maker that makes everything from commercial vans, to sedans for Japanese salaryman to large SUVs and minivans for American families. Mazda on the other hand, sells just one tenth of Toyota’s volume, and only wants to build cars for people who love cars.

At the same time, Toyota is undergoing a rapid change in character. Its President Akio Toyoda is the only car company boss who actively participates in motor racing, from rallies to endurance racing, and he is personally involved in the tuning of ride and handling of all key Toyota and Lexus models. No other car company can claim to be led by such a boss. Not even Porsche or Ferrari.

As a keen driver, Akio Toyoda has huge respect for Mazda and their Jinba Ittai philosophy. He has pushed for deeper ties with Mazda, which Toyota now has a 5 percent stake in. 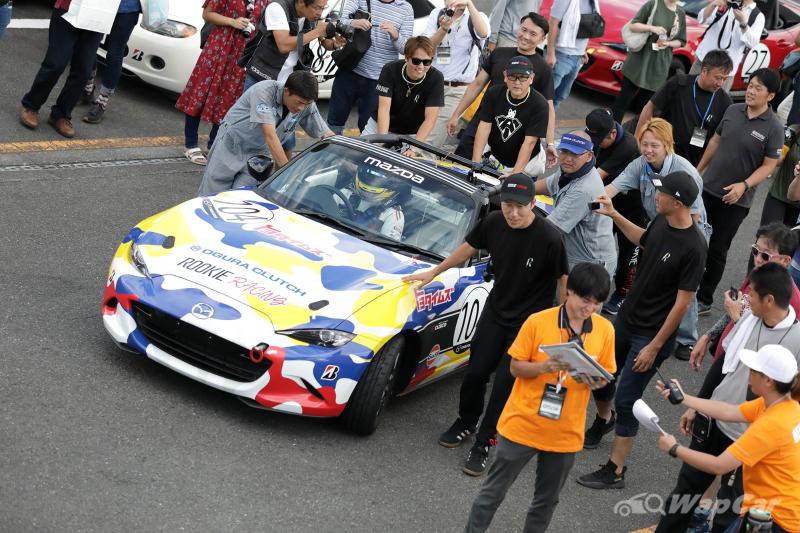 Every year, Mazda holds an endurance race challenge for the Japanese media, all teams racing identical specs MX-5, which is sold in Japan as the Mazda Roadster. Called the Media Roadster 4 Hours Endurance Race, the race is not just about speed but also race strategy, as all teams are limited to just 90 litres of fuel. 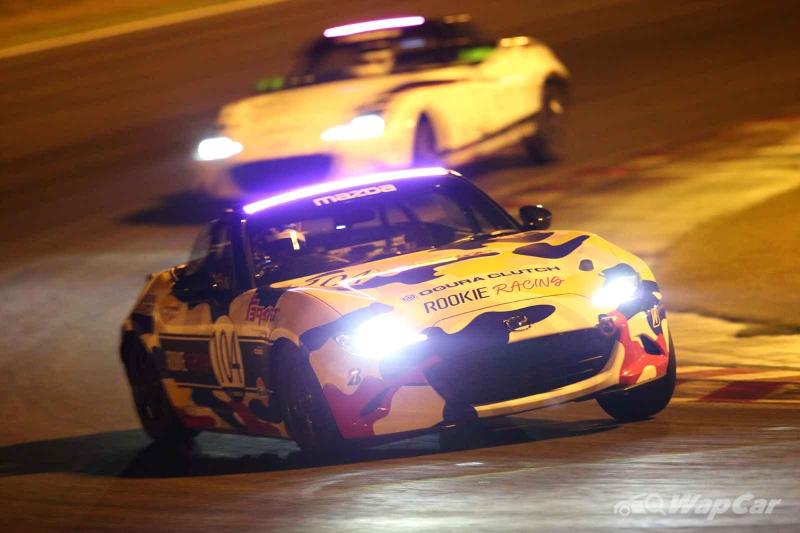 It’s a race that Akio Toyoda, being a car guy, had always wanted to participate but he can’t because he is not part of a media company. With the founding of Toyota Times last year however, Akio had an excuse to participate for the first time and Mazda too, was kind enough to loan him an MX-5 and invited him for a friendly race.

The race result was hilarious. Akio Toyoda’s Rookie Racing team (he didn’t use Gazoo Racing out of respect for Mazda) finished 2nd, ahead of Mazda’s factory-backed Jinba Ittai Racing team. 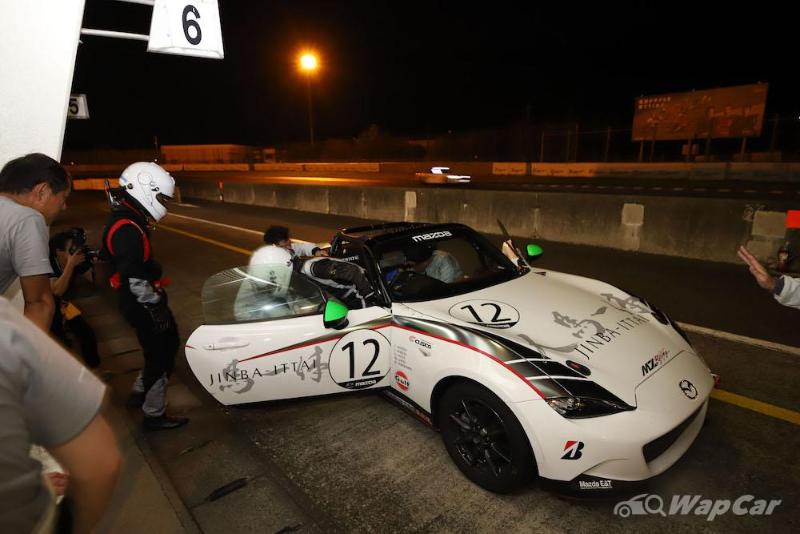 Akio Toyota kept repeating “Be a Driver,” which is Mazda’s tagline in Japan, and to show gratitude to Mazda for the loaner MX-5, Akio personally cleaned the car before returning it to Mazda. 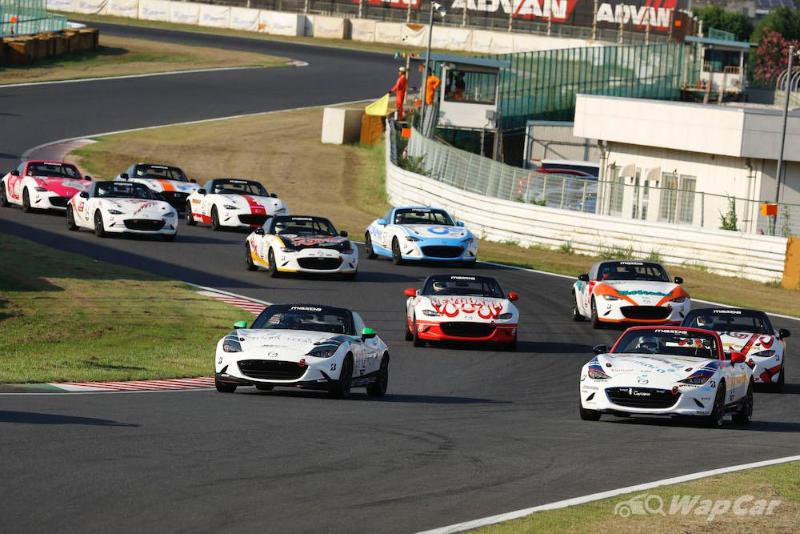 Of course, Mazda wanted a rematch and put the Toyota team back to where they belong, but Akio Toyoda comically declined the invitation, with good reasons, the letters exchanged between Akio Toyoda and Mazda’s President Akira Marumoto revealed the depth of their bromance. 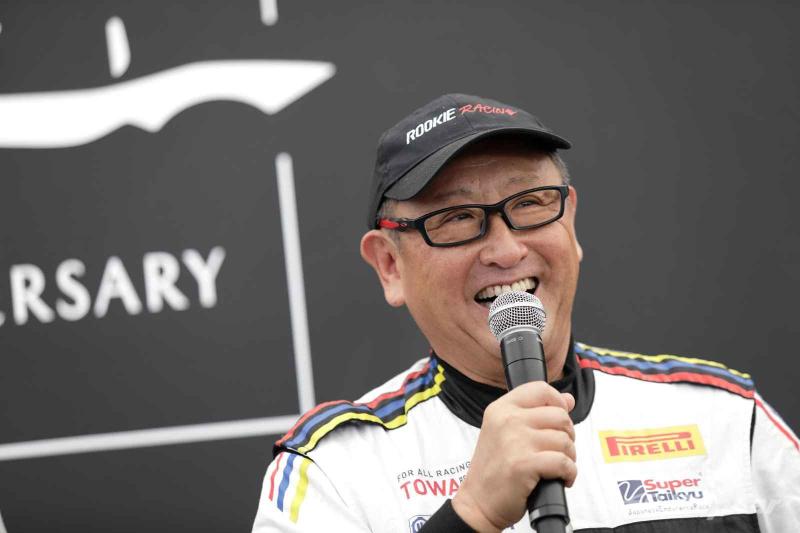 Below is the letter from Akio Toyoda:

I heard that this year’s race will have a different format, reduced to a 2.5-hour race without refueling.

As such, similar to last year, the race will still require driving that prioritizes fuel efficiency.

When participating a year ago, the Morizo team showed our ability to patiently drive paying attention to fuel-efficiency.

The strategy we employed was successful as, at the very end, we were able to pass Mazda's "Jinba ittai" (unity of horse and rider), or "Works" team to take 2nd place.

Passing the "Jinba ittai" team and jumping to 2nd place will always be a cherished moment for us.

I’m sorry but we ​​will not be participating.

Please allow me to explain -- there are two primary reasons.

First, we heard that our rival from last year, "Jinba ittai", that we were anxious to compete with again will not be present (due to social distancing requirements).

The other reason is because given the choice [between two different racing events on the same day and not having a competitor at one of them], I lean towards being able to fully use the accelerator. Therefore, I decided to participate in the race ​​at Fuji International Speedway instead of Tsukuba.

(The Fuji SUPER TEC 24 Hours Race is being held at the Fuji International Speedway on the same day as the "Media Roadster 4 Hours Endurance Race" at Tsukuba.)

The Fuji International Speedway race will have a lot of time, so I go and fully use the accelerator without any reserve.

However, although the basic principle is different (acceleration vs fuel efficiency), similar to the broader idea of racing shared by both events, I will do my best to enjoy the race without forgetting to "drive beautifully."

Today, let’s "drive beautifully" with each other and I’d like to say: "Be a driver!"

Morizo is President Akio Toyoda's pseudonym. It's a name he started using before he became the President of Toyota, at a time when he was secretly participating in races. He had to keep it a secret because Toyota's board didn't like the scion of the Toyoda family participating in 'irresponsible' activities like motor racing. Of course, now that he is president, he no longer needs to hide it.

Thank you again for your participation in the Media Roadster 4 Hours Endurance Race last year.

I still remember the loud cheers of everyone at the moment when the Mazda "Works" team was overtaken by the "Rookie Racing" team. (I’m still bitter about that loss!)

I had vowed to get our revenge this year, but then I heard you will instead be joining a 24-hour race.

I’m sorry to hear that you won’t be joining this year’s race, especially because we've been flawlessly maintaining a Roadster just for your Rookie Racing team.

Please be sure to keep your schedule open for the first Saturday of September next year.

Of course, it is clear that both of us really like cars.

Last year’s competition was fierce, but, alas, this year we will split into two circuits, Fuji and Tsukuba.

Even so, let's use this as an opportunity to convey the spirit of "fun to drive" to all people!

Finally, just so you know, Mazda will also be committed to "make ever better cars" so we will not lose to Toyota! 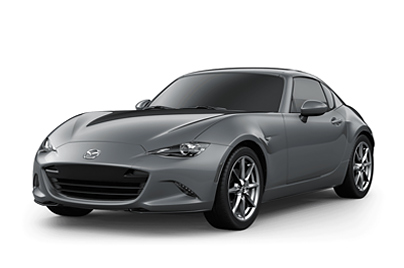