HomeNewsBuying a used Toyota Camry? Priced from RM 20k, here's what you need to know

Buying a used Toyota Camry? Priced from RM 20k, here's what you need to know 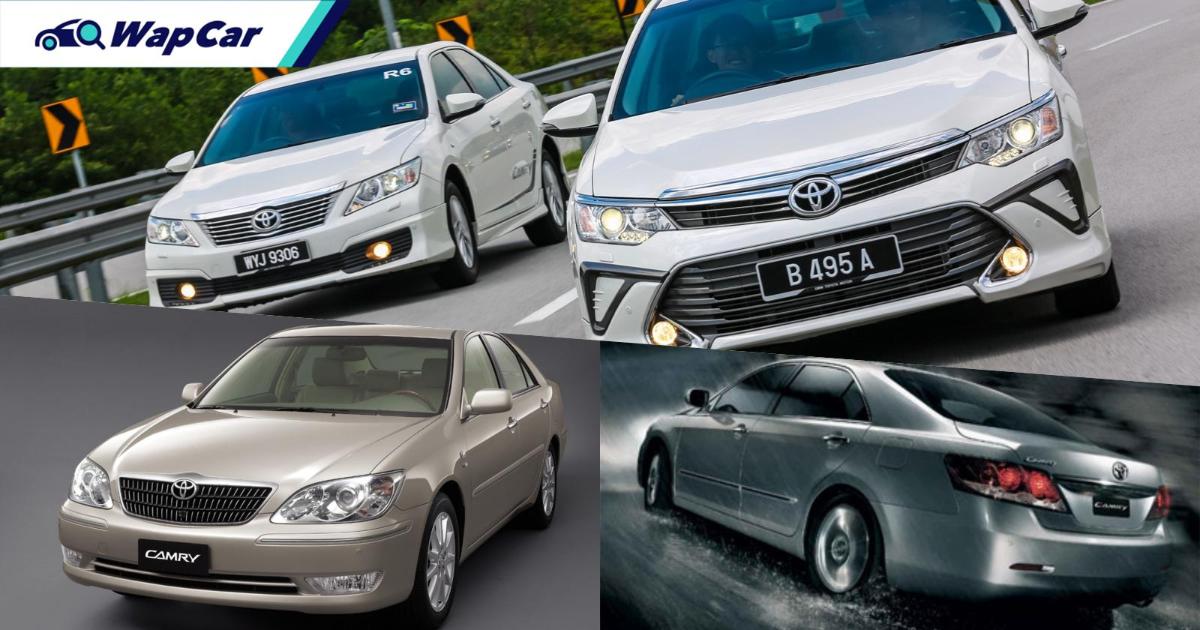 Last week, we talked about what to look out for when purchasing a used Honda Accord, this week, we direct your attention to its direct rival, the Toyota Camry. Well known as the “uncle car”, the Camry has been offering reliability in an executive package since the early 2000s. Now that you can purchase a Camry for as low as RM 17,000, is it worth considering? 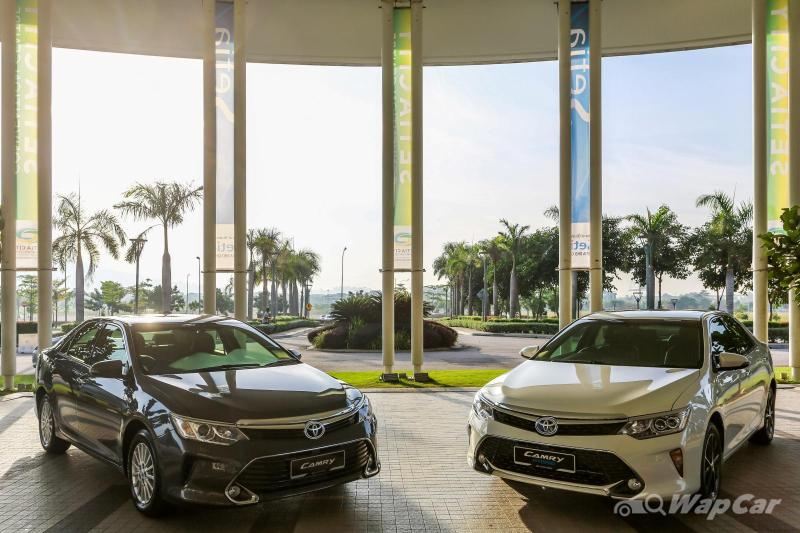 Unlike the Honda Accord which we highly recommend setting your aim for the ninth-generation model, we don’t have a specific generation that you should aim for when it comes to the Toyota Camry.

This is because the Camry came with plenty of features that elevated the car to offer a premium package in a D-segment car even back in the early 2000s with the XV30 generation.

The XV30 is the start of the Camry’s popularity as the following XV40 generation continued to offer the same level of luxury as the generation it succeeded.

The XV50 came to Malaysia in 2012 and based on the evolving looks, Toyota knows that their target audience is getting younger, hence the increasingly sporty looks. But despite the young-ish exterior, the Camry’s interior still featured the signature wood trim work to cater to those who prefer a classier wood trim look.

Common issues on the Toyota Camry

You might be thinking, this is a Toyota, the car should have bulletproof reliability like all Toyotas. While there aren’t any common issues with the engine and important parts of the car, the Camry does have premature wear and tear issues to look out for.

For the Camry XV30, a common issue owners frequently encounter is the wearing out of the alternator bearing. This causes the engine to sound like a motorboat. A replacement usually costs around RM 100 – RM 500.

A common complaint on the XV40 generation is the noisy steering. This is usually rectified by changing the entire steering rack and that usually costs around RM 1,500.

Other than that, this generation also suffers from the premature wearing of the front absorber. The worn front absorber often causes a creaking noise whenever the car crosses bumps. The cost to replace the absorber costs around RM 300 per wheel.

On to the XV50 generation, as this is the first generation that came with an electric power steering (EPS), owners often face an EPS failure causing the steering to feel very heavy. A replacement often costs around RM 700 to RM 2,200 depending on the component that needs to be changed.

Which generation should you get?

Though we will always recommend aiming for the latest version of a car to ensure you will get the latest technology, the Camrys from the XV30 generation onwards are all worthy investment if you’re looking for a used D-segment sedan. But to get into the specifics, here’s a break down of each model to make your decision making easier.

For each generation, we recommend looking at the facelift of each model, as usually a facelift or mid-life update would allow a car manufacturer to address any issue that the pre-facelift usually face. 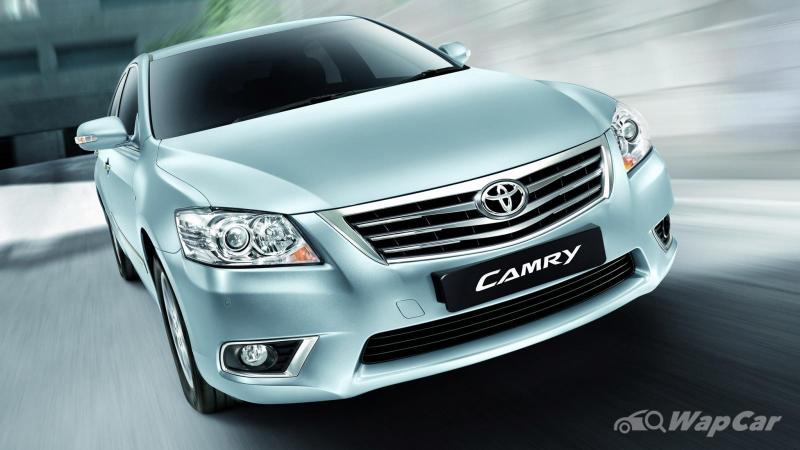 But if you feel like the XV30 is a little too old for you, then aim for the XV40 generation as the 2.4V variant will offer upgrades like an electric rear sunshade, boss seat switch for the front passenger seat, dual-zone air-conditioning, along with keyless entry and push start button.

If your budget allows it, then aim for the XV50. Not only is the new engine introduced in the XV50 a fuel-sipping unit, but there is also a hybrid variant that not only helps you save more fuel, but also offers a better driving experience compared to the standard Camry.

Other than that, the facelift model is also the first Camry that comes fitted JBL speakers, LED headlights, blind-spot monitor, Nanoe Panasonic air-purifier, and a wireless phone charger. 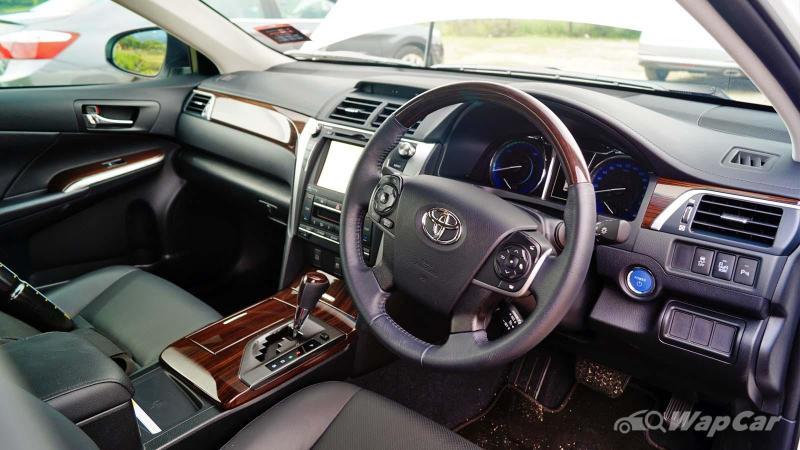 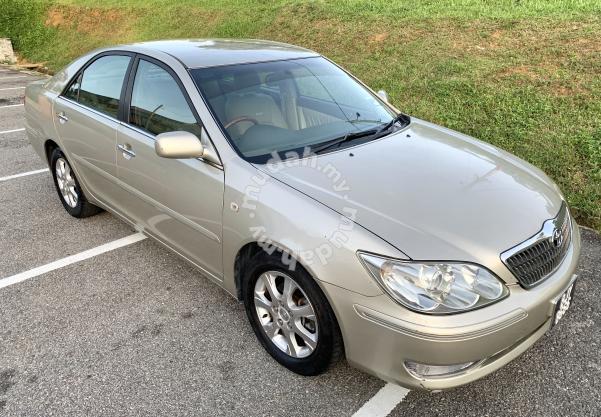 For those who would prefer the newer Camry XV40, a 2.4V variant registered in 2009 is listed on the used car market for around RM 39,800. This model is also powered by a 2.4-litre engine but the engine is mated to a 5-speed automatic transmission instead. Power outputs are listed at 167 PS and 224 Nm. 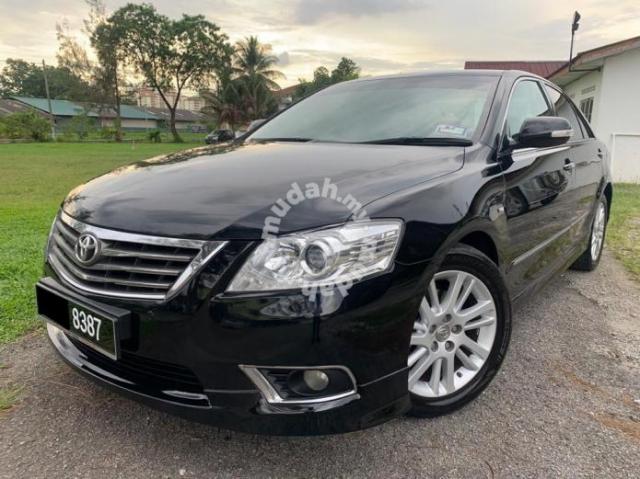 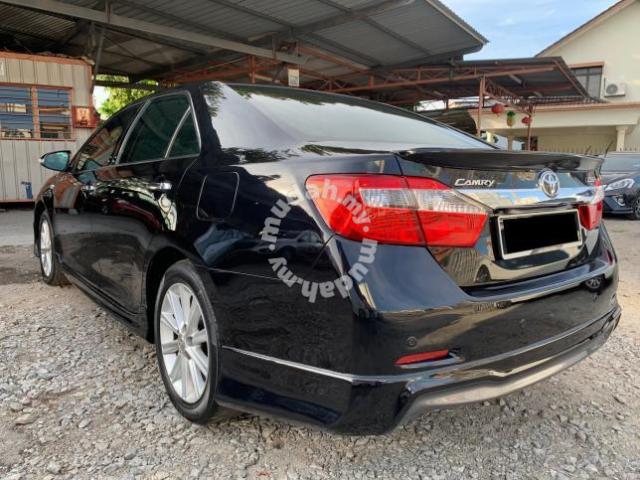 But if your budget allows it, we recommend that you fork out just a bit more for the Toyota Camry Hybrid that can now be purchased for as low as RM 71,800. The 2.5-litre hybrid engine does a combined system output of 205 PS and is mated to an eCVT.

Gentle reminder that the price you see on used car listing websites is usually not the final price. There will be additional charges to pay when transferring the ownership of the car.

What else do I have to look out for?

To avoid issues like mileage tempering we highly recommend purchasing a car from a private owner instead. This will allow you to have a clearer idea of the car’s full history and give you assess to the service records. 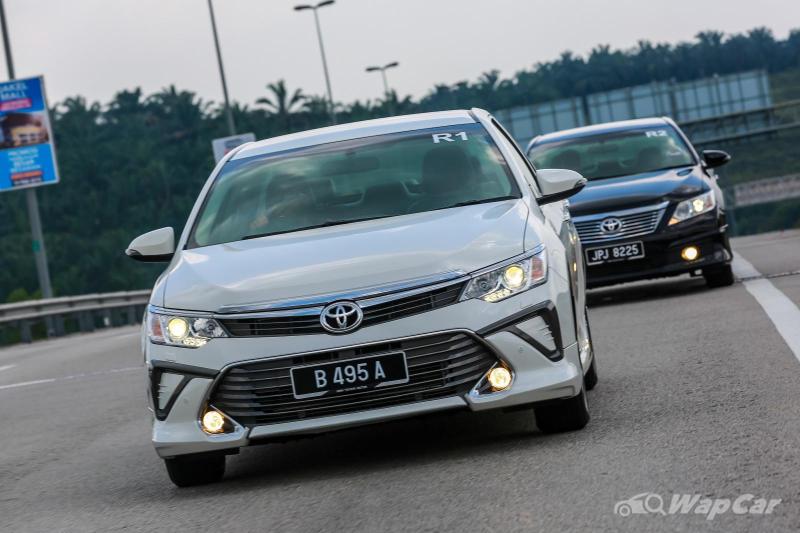 We also recommend sending the car you are interested in purchasing to a trusted service centre to do a full check to ensure that the car has not had any major damage from flood or accidents. 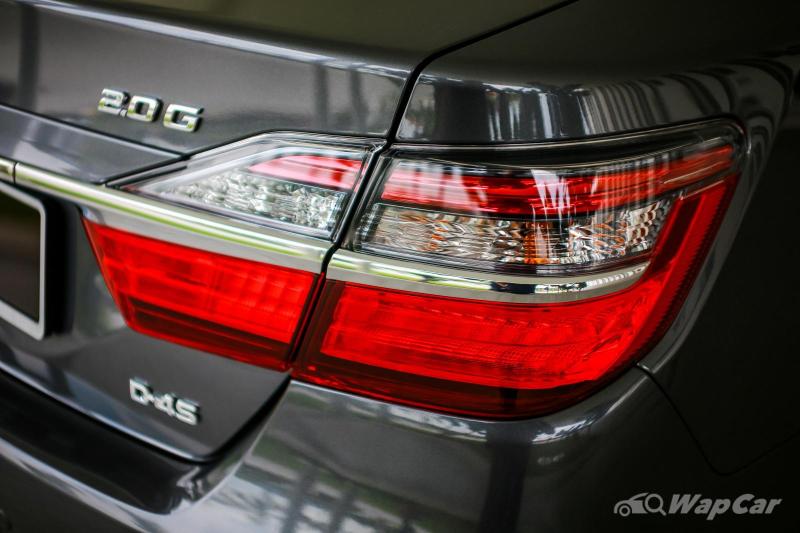 The Toyota Camry is a reliable car with plenty of premium features to offer even on the generation that was launched almost 20 years ago, so you won’t go wrong when buying the car used.

The question is: can you look past the “uncle” image that the Camry has long been associated with? Even now that the 2019 Toyota Camry has entirely shed its “uncle” look and dropped the wood-trim work, users still know it fondly as the “uncle” car!