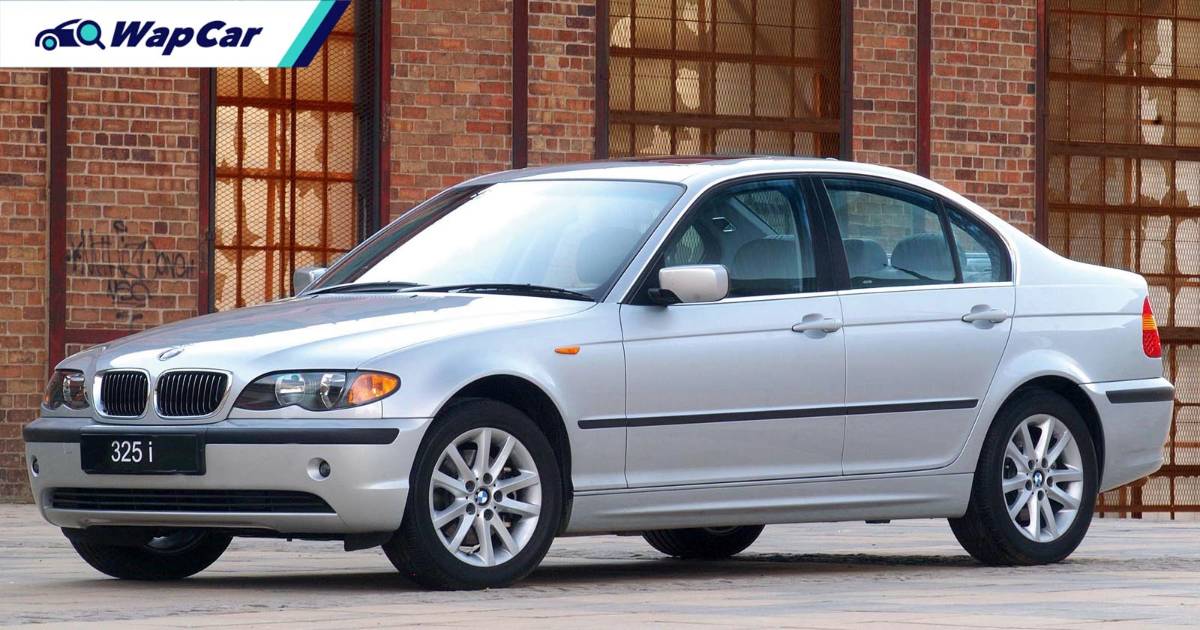 The BMW E46 is the fourth-generation model of the iconic BMW 3 Series range – which has enjoyed a glorious lineage spanning over 40 years, starting with the E21-generation in the mid-70s, leading up to the 7th-generation G20 of today. 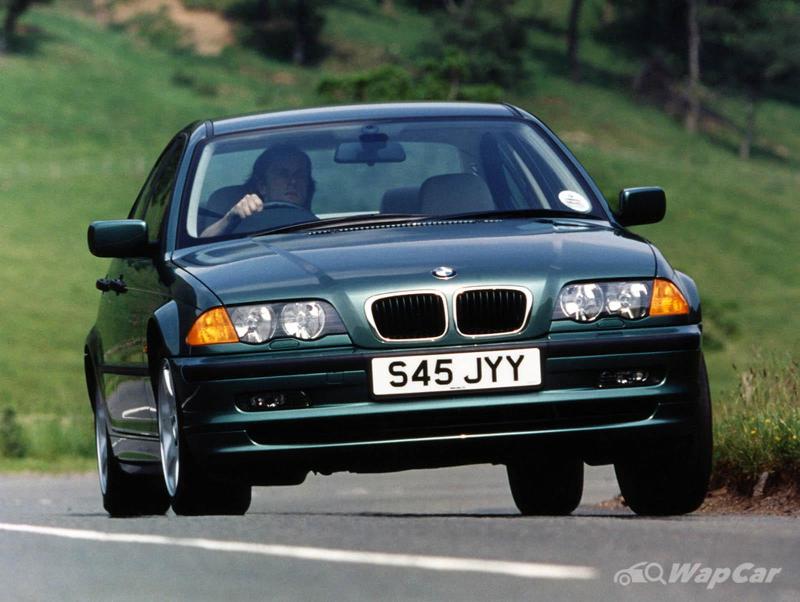 In addition to a curvaceous new design language, the E46 brought to the fore more efficient engines, greater safety, increased refinement, and better occupant space. The E46 was the first 3 Series to introduce Dynamic Stability Control (DSC) and ‘Steptronic’ manual shift mode in its automatic transmissions. Alongside, the E46’s chassis saw increased use of aluminium components to reduce overall weight. Stronger materials and newer construction methods also made the E46’s shell stronger and substantially more rigid than its predecessor.

The E46 3 Series was sold officially here between 1998 and 2005, and alongside official channels, there were quite a number of grey-imported units that were available in that period. Initial versions on sale included the 318i, 323i (imported), and 328i whereas the facelifted versions (LCI) retained the 318i variant (but with a newer 2.0-litre engine) and the updated M54 six-cylinder engine offered in 325i and 330i (imported) guises.

Why the E46 is the perfect starter BMW for a first time buyer? 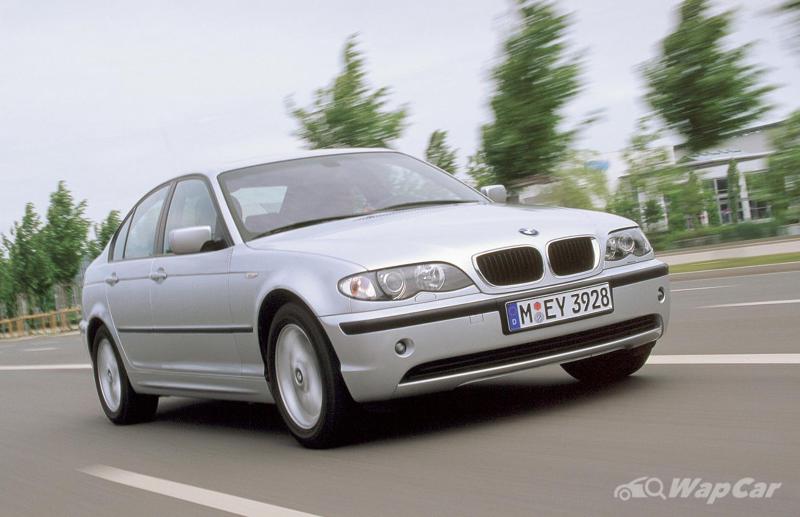 There is a multitude of reasons but the main one would be the E46 3 Series represents a sublime mix of modernity and classical BMW driving traits. It still looks superb after all these years, its comfortable and refined, practical enough for a family while still offering great performance and a superbly rewarding driving experience. In short, it is the best of the old and the new. 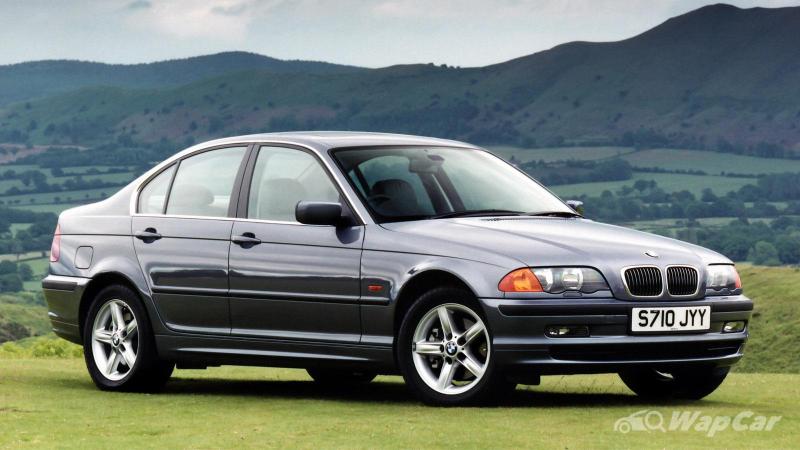 E46s can be attained at relatively cheap prices, ranging from RM 15-25k for the sedans, and RM25k to RM55k for the Coupe models. Maintenance and upkeep costs are relatively reasonable for the competent machines that they are. 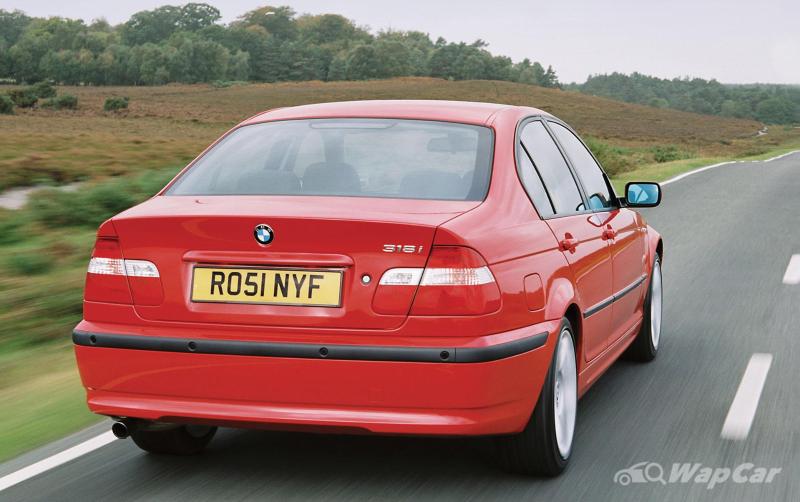 Also, caring for E46s are reasonably straightforward (once you understand them), and replacement parts and service components are plentiful and decently priced (not something that can be said about the earlier E30- and E36-generations). 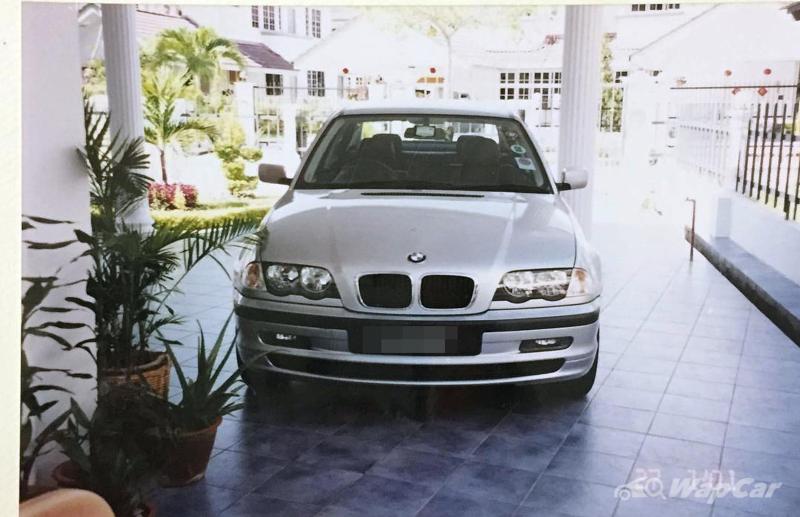 Buying your first BMW is no different than buying any other used vehicle. Firstly, arm yourself with as much knowledge regarding the particular model and do as much research on the particular variant that suits you best.

A major source of support you will find online is the global BMW community – which tend to be very vocal and helpful in guiding owners understand typical issues with almost any BMW. Besides this, there are tons of information regarding the E46 online – these range from YouTube videos, BMW enthusiasts sites and forums, online manuals, to even websites dedicated to parts and component diagrams.

What to look out for when buying an E46 3 Series?

Of course given the variety of drivetrains and bodystyles of the E46, it’s difficult to go through every single issue, but this report should give you a comprehensive guide to get you well informed and on your way. 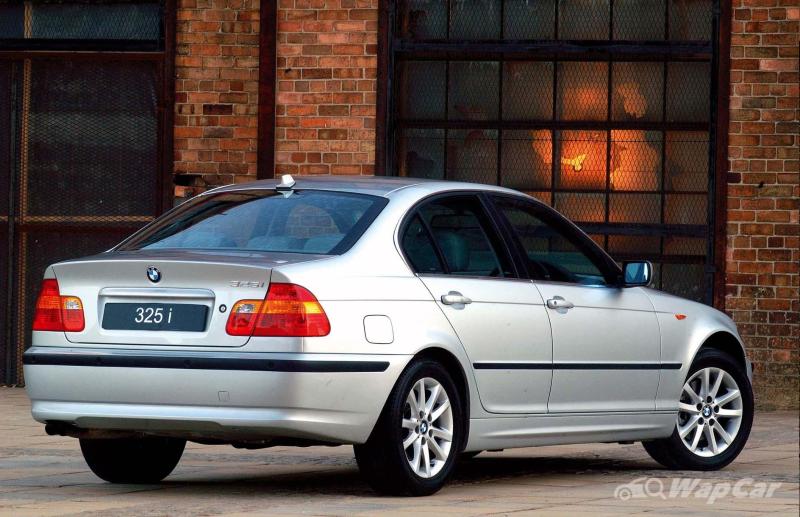 Look out for signs that the car has been painted in separate stages or areas as this can point to collision repair in the past. Pay close attention to door and windscreen rubber seals, and browning or weathering of the headlamps and taillamps. Rubber seals cost upwards of RM 1,000 to replace new, used (good condition) head- and tail lamps will set you back RM 800. A decent paintjob usually costs RM 2,500 and up. 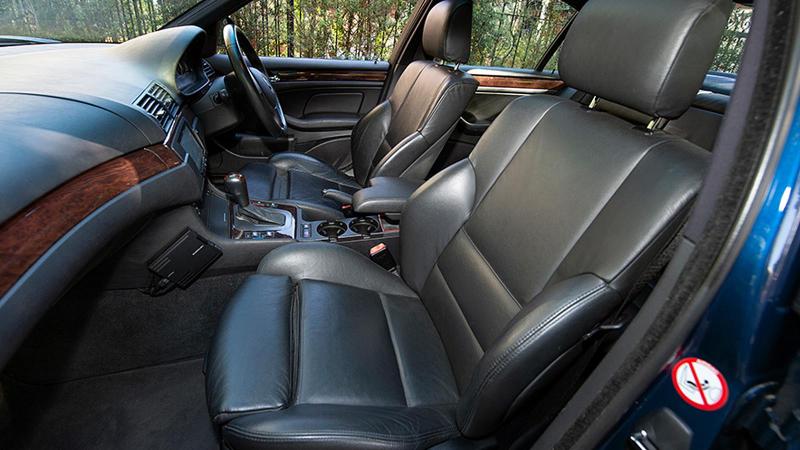 Carefully check the plastic trims on the topside of the dashboard, rear parcel shelf and door handles (most exposed to heat), pay close attention to weathering or cracking of the seat edges. An interior refurbishment can cost between RM 850 (for a good clean and some touch-ups) to RM 3,800 for a full retrim. 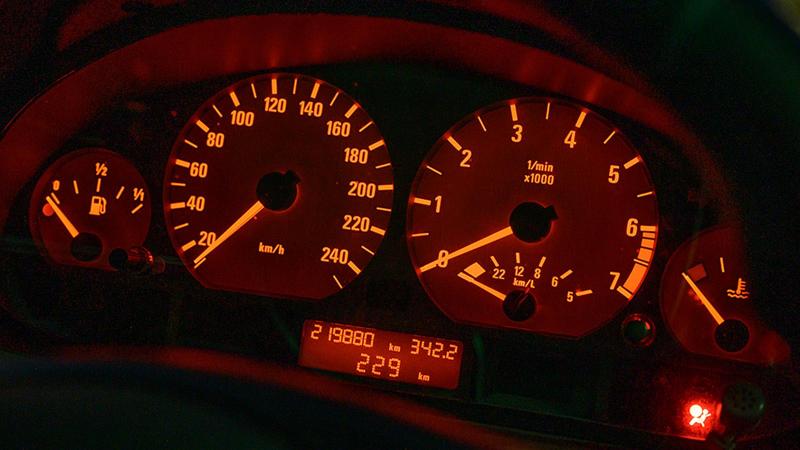 Run a complete diagnostics with a BMW specialist to ensure all systems are functioning as they should. LCD screen display pixelation and SRS warning lights (usually faulty seatbelt tensioners – used for RM 250) are common issues. Electronic gremlins can be some of the toughest and costly issues to fix on a BMW so avoid cars that have been modified with aftermarket audio and security systems.

Oil leaks are a common issue and it can range from light vapours to slicks on your driveway. However, they’re usually caused by valve cover seals, oil sump gasket, oil filter housing, and Vanos unit seals – all of which are pretty straightforward fixes, budget about RM 1,700 to change all of these.

The power steering system is another common point for leakage; commonly found on the steering rack itself (RM 1,400 for a full refurbishment) or the hoses running to/from the reservoir (under RM 300 to replace). As for the transmission, check for leaks where the transmission meets the engine and on transmission sump itself – repairs can cost anywhere between RM 400 to RM 1,300.

It’s particularly noteworthy, there were two distinct versions of four-cylinder engines offered in the E46 3 Series – the pre-facelift’s (M43B19) 1.9-litre SOHC 8-valve and the facelift model’s (N42B20) 2.0-litre DOHC 16-valve with Valvetronic (variable valve lift). Though the latter was a highly efficient engine – it’s known to be more sensitive due to poor oil scavenging/circulation and sealing between engine and cooling system. The Valvetronic systems places high-demands on the oiling system and usage of the right oil grade, failure of which causes engine problems down the line.

In contrast, the archaic M43B19 8-valver is a far simpler engine and thus more robust. Aside from small oil leaks (oil sump and cam cover) these engines are known to cover over 500,000 km with basic and timely maintenance. Therefore, it is highly recommended over the newer N42 for a first-time BMW owner. Ensure the condition of the ignition coil pack and leads (Original replacement is RM1,400).

This is perhaps the weakest point of the E46, and common culprits are the coolant expansion tank, thermostat housing, radiator inlet tanks, and the plastic adapters for hoses, it is highly advised that you replace these items as a precautionary measure – RM 1,400 should cover the replacement of all these items. A new radiator (if required) will cost around RM 850 for an OEM replacement (RM 1,550 for an original replacement), but used radiators can be found for approximately RM 450.

Check for scratches and gashes on the wheels – roughly RM 450 to refurbish at a competent shop. Check for uneven wear on the tyres, an indicator of improper alignment, or worn out bushes. Also check for scouring on the brake discs and worn brake pads – your mechanic should be able to tell you. Budget around RM 1,600 for a complete OEM replacement of the brake system components, original items will likely cost double.

Regular culprits are worn out lower arm bushes and ball joints as well as worn out steering rods, look out for lacklustre steering, increased free play and the a  ‘crashy’ ride (especially at the front) – repairs can range from RM 900 for replacement of selected items to RM 4,500 for a complete overhaul of the suspension bushes. A soft ‘boaty’ ride typically means worn out absorbers – typically between RM 1,600 for OEM replacements to RM 3,000 for original replacement, used items are also readily available if in a pinch. 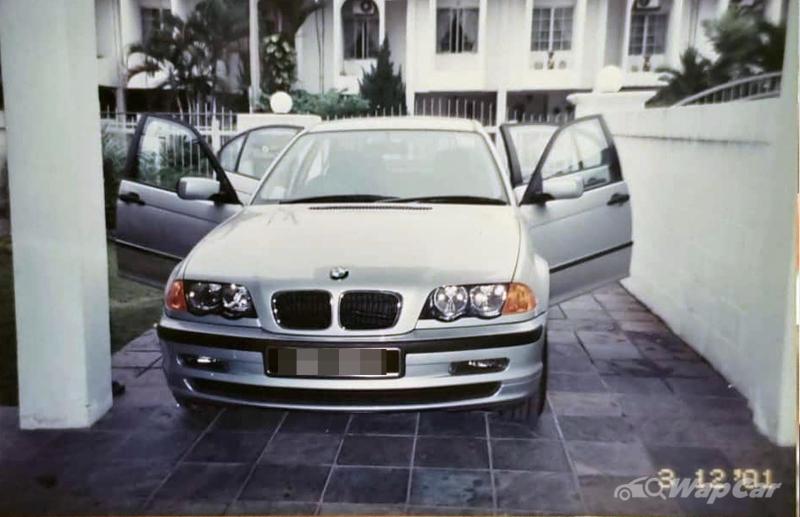 Whilst it may seem like there is a lot to look out for – these are not uncommon for vehicles approaching 20 years old. Moreover, the best way to enjoy your BMW (and what it can do) is to know that important components have been checked and replaced, giving the vehicle a clean bill of health. Despite the common misconceptions that BMWs are unreliable, more often than not, it’s a case a chequered maintenance history, and not the car itself. 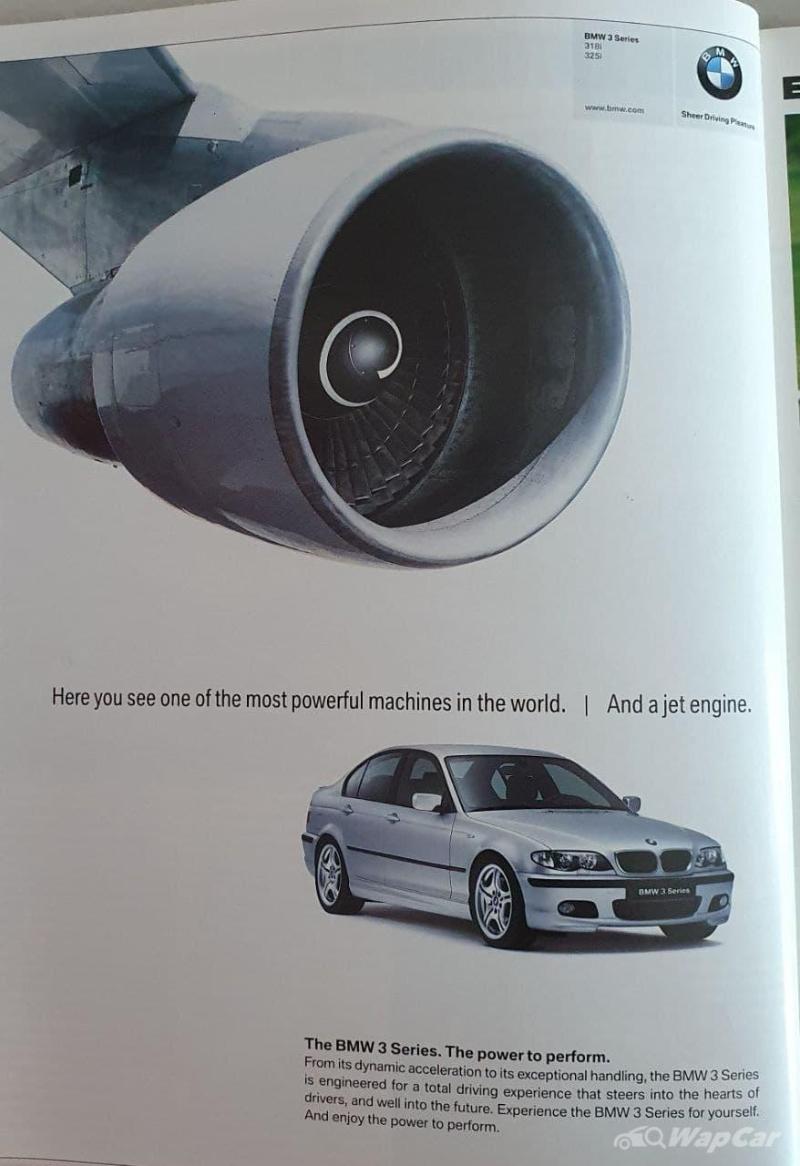 A greater testament of BMW build quality is the number of older BMWs that are still found on the roads today – if they were that bad, owners simply would not keep them running. However, this is why they do – on any given Sunday morning, with the windows down and the air cool, a good track on the radio, and feel some steering between your hands, there is one BMWs do better than most... offer sheer driving pleasure. 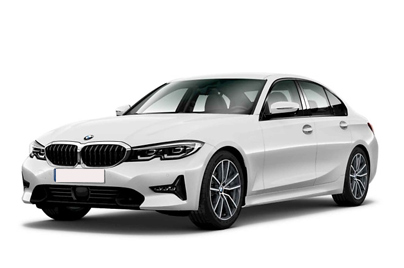