Can a V6 wear the prancing horse badge? Ferrari 296 GTB launched in Malaysia, priced from RM 1.2 mil before tax 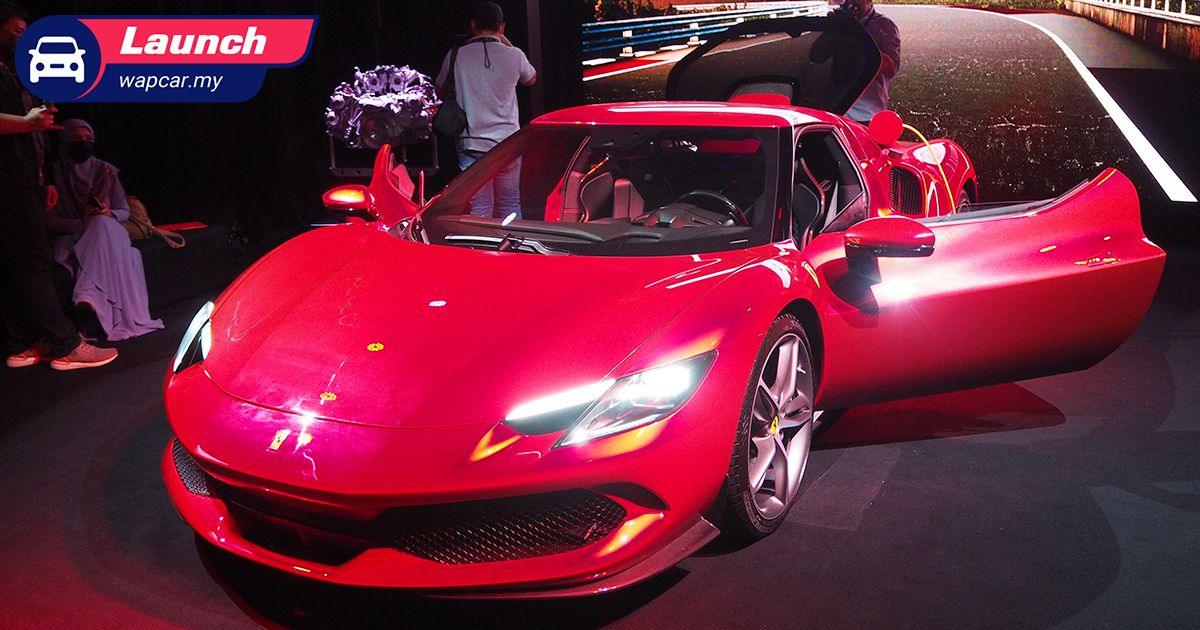 Naza Italia Sdn. Bhd. has officially launched the 2022 Ferrari 296 GTB in Malaysia. Joining the line-up that includes the Roma, Portofino M, and the SF90 here, the latest berlinetta is priced from RM 1,228,000 before insurance, taxes, duties, and customisation options. 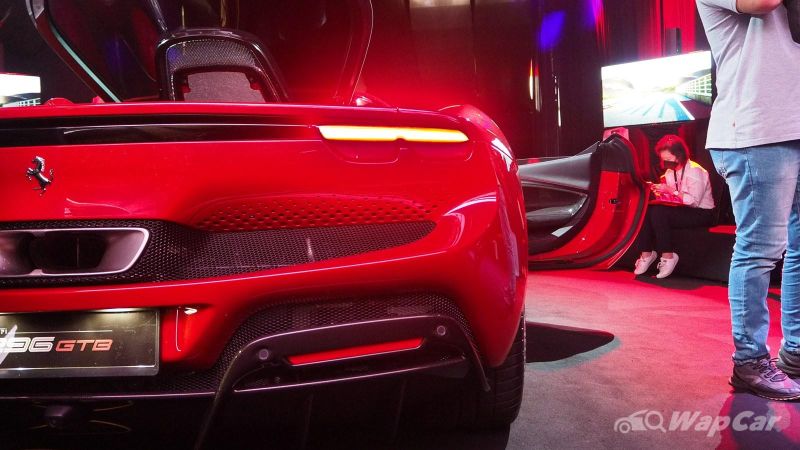 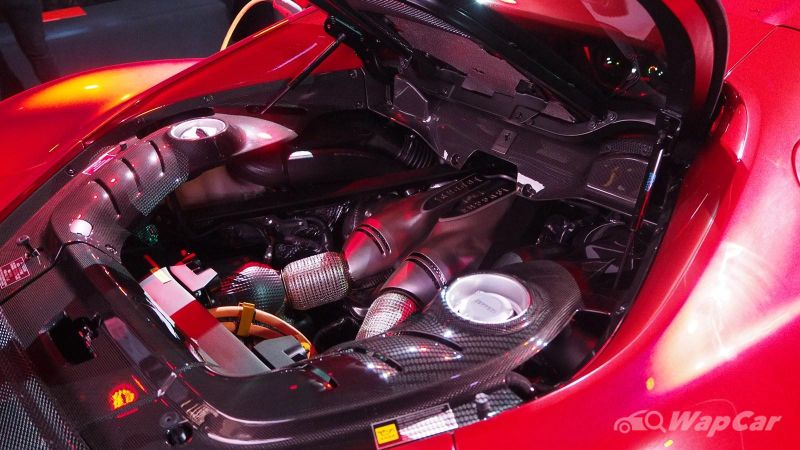 This being a Ferrari, having a hybrid powertrain doesn't mean it's a neutered experience. Maranello's finest still know their way around a proper engine, proven again by this twin-turbocharged, 663 PS / 740 Nm engine setting a specific output production record of 221 PS / litre. 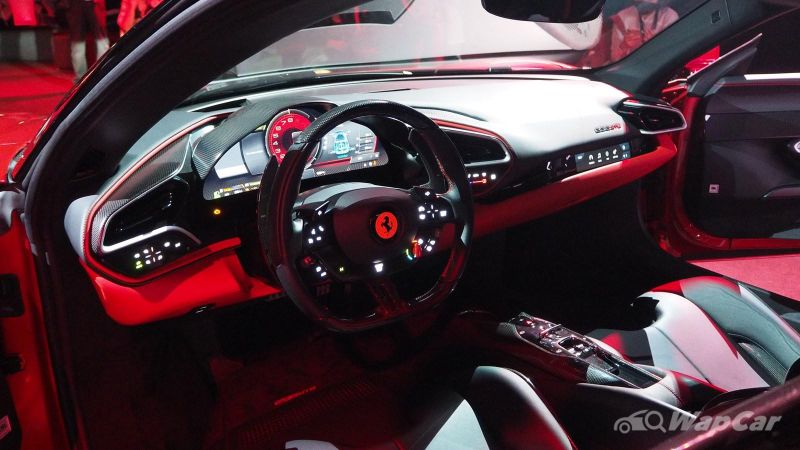 Wedged between the 2.9-litre engine (that means a road tax of just RM 2,110 per annum) and the gearbox is an electric motor capable of producing 167 PS / 315 Nm. Derived from Ferrari's F1 program, it's powered by a floor-mounted 7.45 kWH battery and can drive the car on electric power alone for...25 km, and at speeds up to 135 km/h.

Also read: Ferrari 296 GTB will debut in Malaysia with RM 2,110 road tax - cheapest for a Ferrari 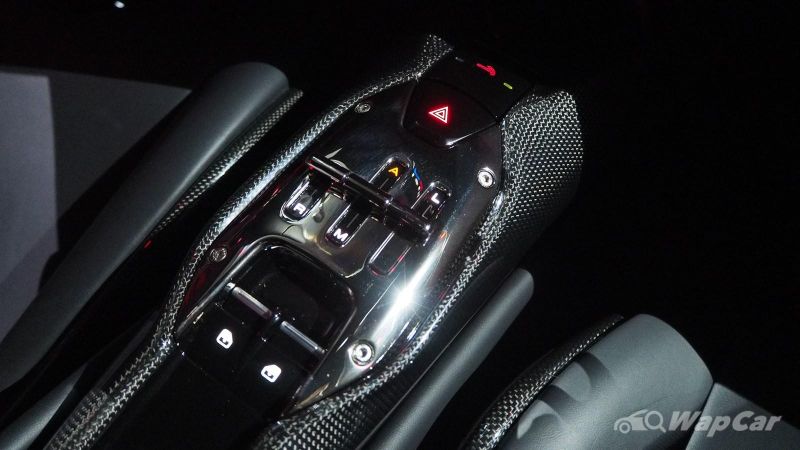 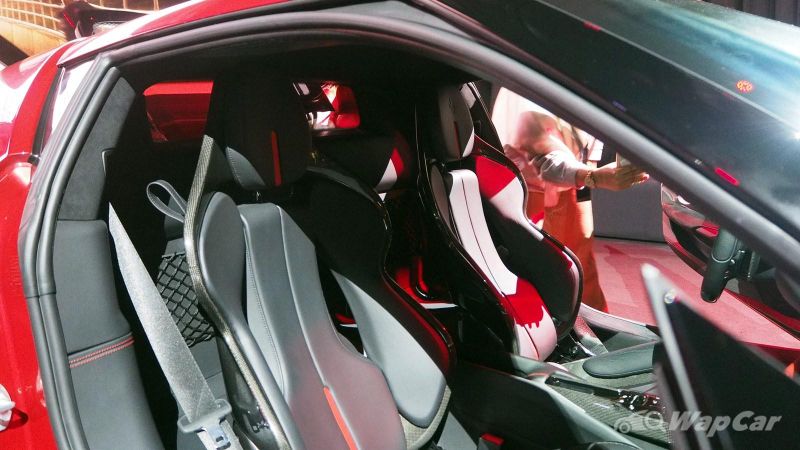 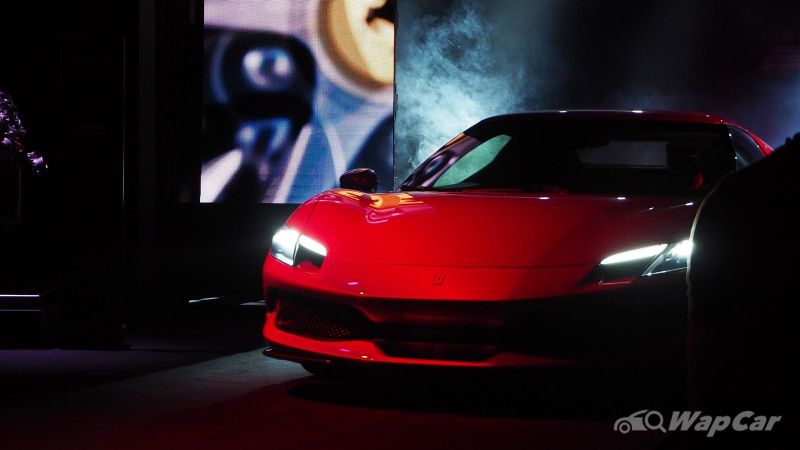 Beyond visceral power, the design also shows considerable evolution, stepping away from the ultra-aggressive looks of recent cars and instead adopting lots of clean surfacing and curves. 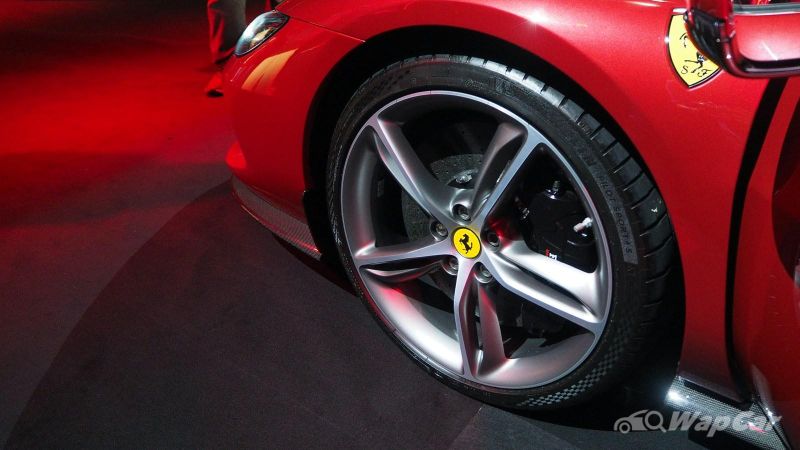 Though pictures may not show it, in person it looks ultra low and wide, with lots of eye-catching details: the brake cooling ducts integrated to the headlights, active rear spoiler, and what we'd wager to be crowd favourites: the straight character line along the doors that harks back to classics like the 308 and 328 GTS. 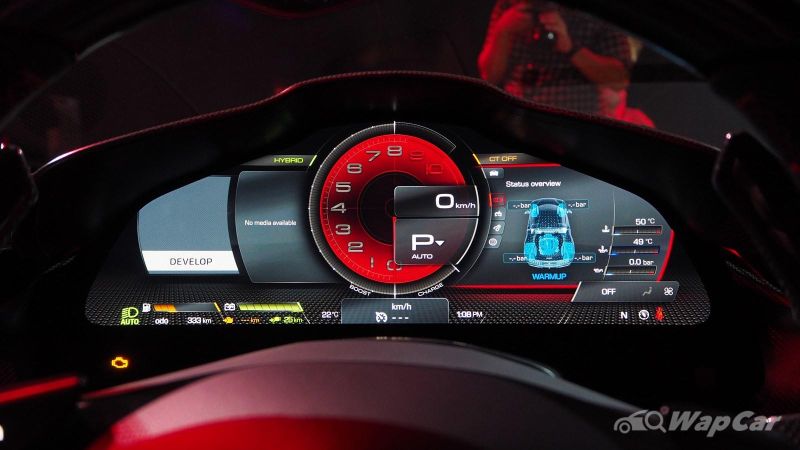 Par for the course of newer Ferraris the cabin features healthy digitalisation: there's a full-digital instrument cluster behind the steering wheel (which itself features capacitive touch buttons), and the passenger also has a display of their own. 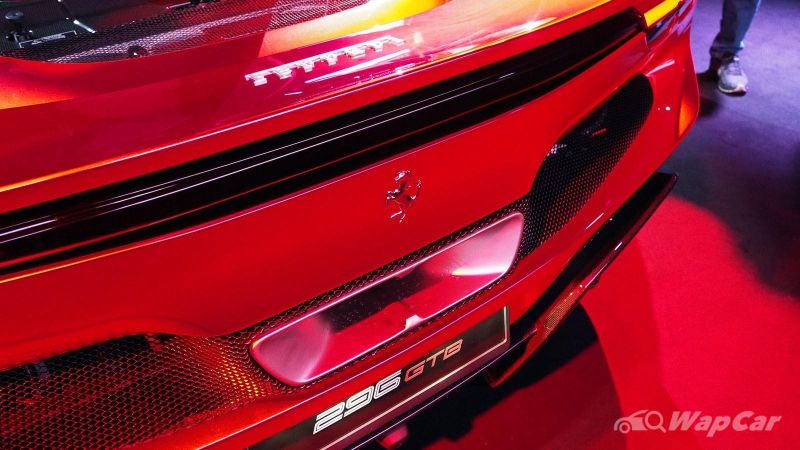 As it always is with Ferrari, your 296 GTB is infinitely customisable on almost every part of the car. Track nuts can opt for the Assetto Fiorano sport pack option too, which adds on Multimatic shock absorbers, high-downforce carbonfibre elements, more carbonfibre in the cabin, and a Lexan rear screen, all for weight-shedding purposes.

When all's said and done, those fortunate enough to park a 296 GTB in their garage will have a Ferrari that's one for the books. This is a car that solidifies the charge into the brand's electrified future, which we still won't doubt will send a good ol' shock to the system like all Ferraris do.

Also read: Review: Ferrari Roma in Malaysia - When style and speed are priorities, but so is daily drivability