Home > News > Caught on camera: Malaysian driver makes a near miss from a Molotov cocktail

Caught on camera: Malaysian driver makes a near miss from a Molotov cocktail 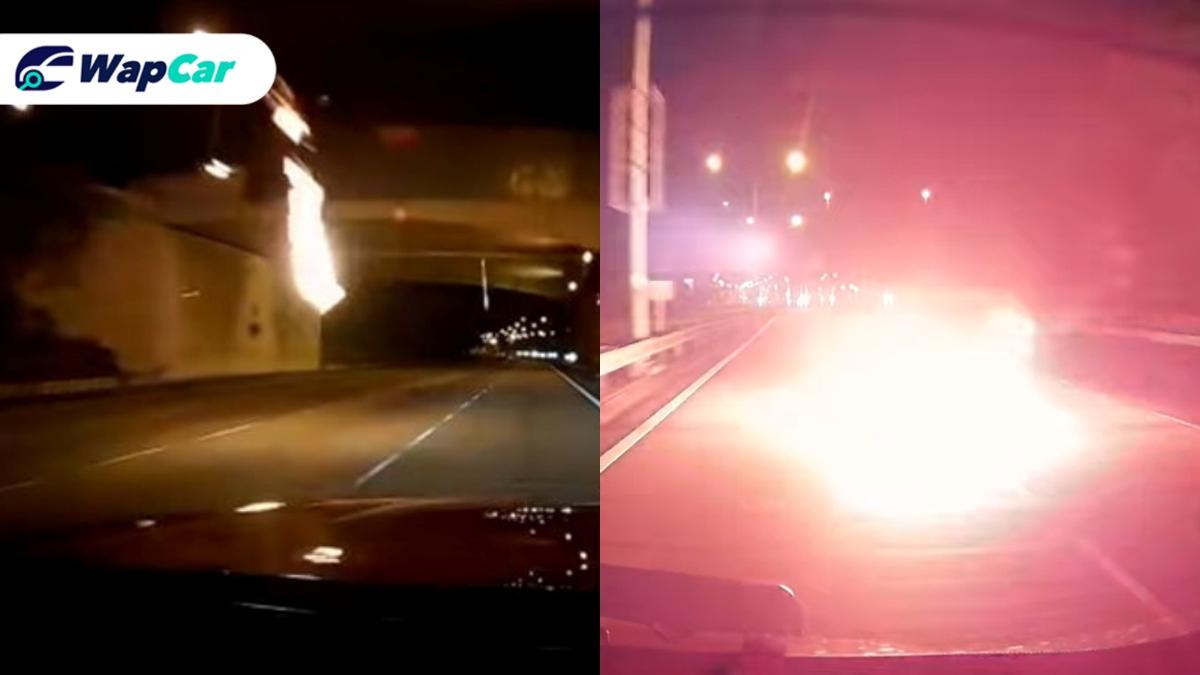 Being locked-up at home is beginning to get to some people, as is proof when this Malaysian driver posted a dashcam footage on Facebook of his near miss with a Molotov cocktail. On a Malaysian highway, no less!

The driver was travelling along the Cheras-Kajang Highway when someone decided to hurl the cocktail at his car just as he was passing an overhead bridge. The video footage shows that after missing its target, the Molotov cocktail was seen landing on the road and bursting into flames.

A Molotov cocktail is also known as a petrol bomb, bottle bomb, or poor man’s grenade. It is a crude incendiary device where a bottle is filled with inflammable liquid.

FB commenters urged the driver to lodge a police report of the incident as this could be a new method of robbery attempt. But if you think about it, hurling a flaming object at a car, a highly inflammable object itself, would cause the car to erupt in flames before anybody can even attempt to rob the car.

We’ve watched enough movies to know cars are susceptible to explosions when in contact with fire. So, the incident could possibility be created purely as an idea of a sick joke.