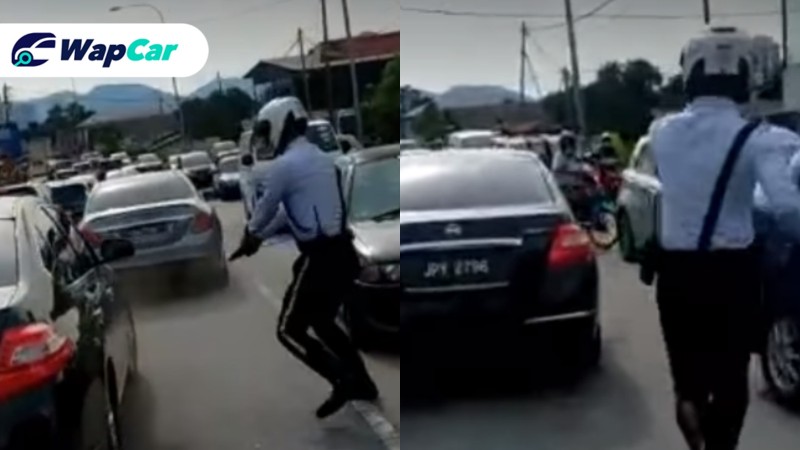 A video of a black Nissan Teana driving dangerously on a crowded road while trying to escape a chasing traffic policeman has gone viral since Monday.

The policeman was seen chasing the car, first on his motorcycle, before continuing on foot while shouting at on-coming traffic to avoid the dangerously driven Teana. In the video, the policeman had no choice but to shoot the Teana’s front wheel to stop the car from escaping.

According to The Star, the driver continued to plough through the traffic as it headed toward the DUKE Highway to shake off the policeman. It was later found abandoned after it crashed into a road divider.

The KL Traffic Enforcement and Investigations department has confirmed the incident. They reported that there were two men in the car. The car first caught the policeman’s attention prompting him to give chase when the car ran a red light.

A packet of drugs was found in the car when authorities arrived. Both suspects are still at large. Authorities also reported that the Nissan Teana (JPY 2796) is a stolen car registered to a woman in Johor.

Props to the traffic policeman for trying to handle the situation while making sure that the other cars on the crowded road are not harmed in the incident.