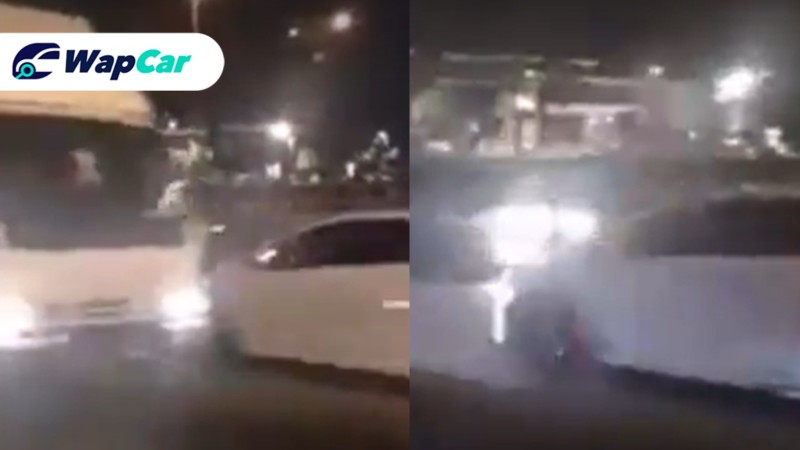 The car that the Royal Malaysian Police (PDRM) is currently looking for speeding against traffic in Klang, Selangor yesterday, is not a Hyundai but a white Kia Cerato.

PDRM uploaded the video onto their official Facebook page a day after the incident stating that they are looking for a white Hyundai. But based on the video, we can immediately tell that it is a white Kia Cerato that everyone should be looking out for.

The incident happened at around 10.50 pm on 6/7/2020. The Kia Cerato drove against traffic on Batu 5, Jalan Meru from the Jalan Haji Abdul Manan heading towards Bukit Raja.

Based on the video, you can see the number of cars that stopped on the side of the road to avoid the Cerato as it squeezed between them and moving cars in the middle lane. It later remained on the fast lane and then narrowly avoiding another road user.

Fortunately, no one was reportedly hurt during the incident though we’re pretty sure the Cerato must have scraped a number of cars as it sped down the highway.