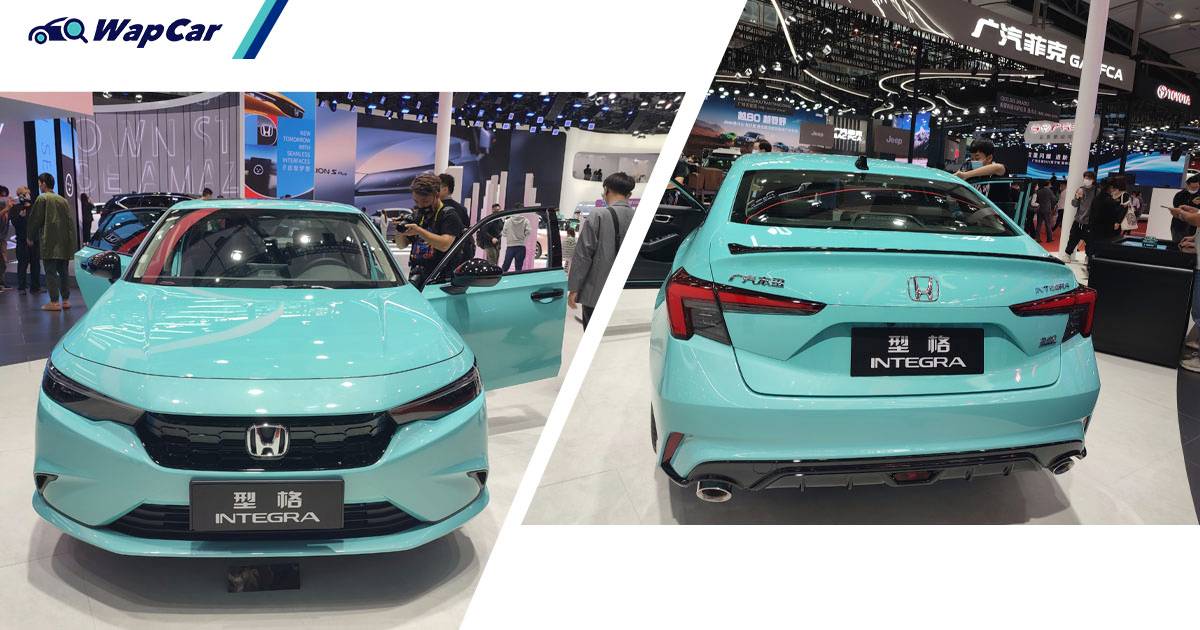 Courtesy of our colleagues over in China, we now have live photos of the Honda Integra at the ongoing 2021 Guangzhou Auto Show. 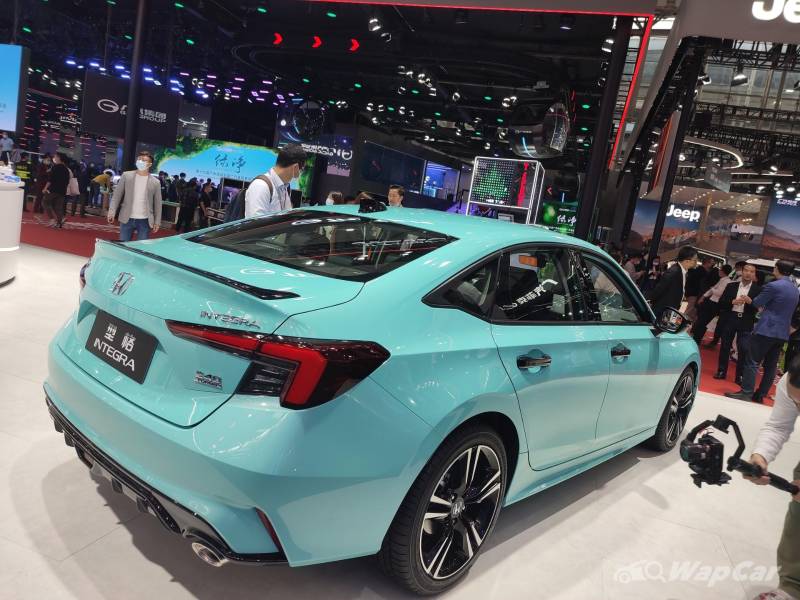 Now, this Honda Integra should not be confused with the US-market Acura Integra – the latter is essentially a reskinned Honda Civic Si, outfitted with a six-speed manual transmission.

Also Read: The reborn Honda Integra is secretly a Civic Si underneath, but does it even matter? 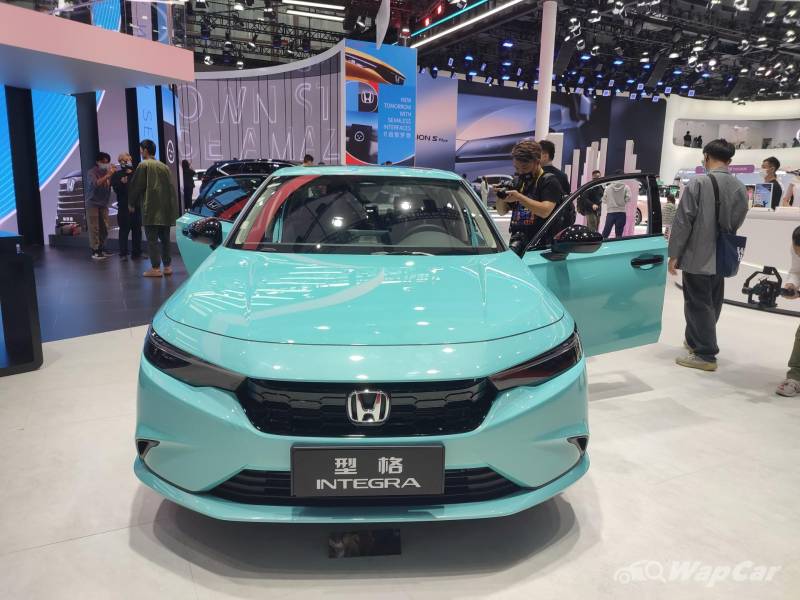 As for the China-only Integra, it is essentially a sister car to the Honda Civic FE, as Honda has two joint ventures in the Middle Kingdom: GAC Honda and Dongfeng Honda. GAC Honda is responsible for the Integra you see here, while Dongfeng Honda does the Civic. 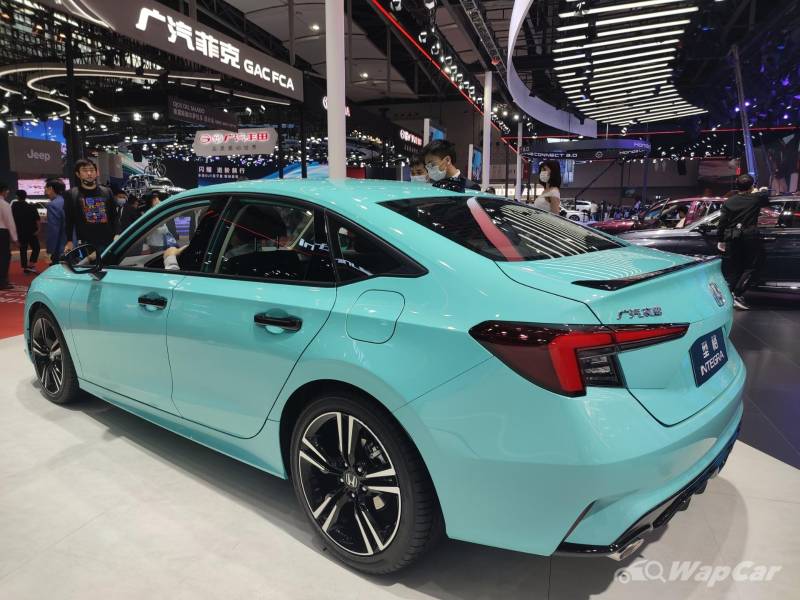 Compared to the Civic FE, the Chinese Integra gets a redesigned front fascia, with a pair of slimmer LED headlights flanking a honeycomb grille. 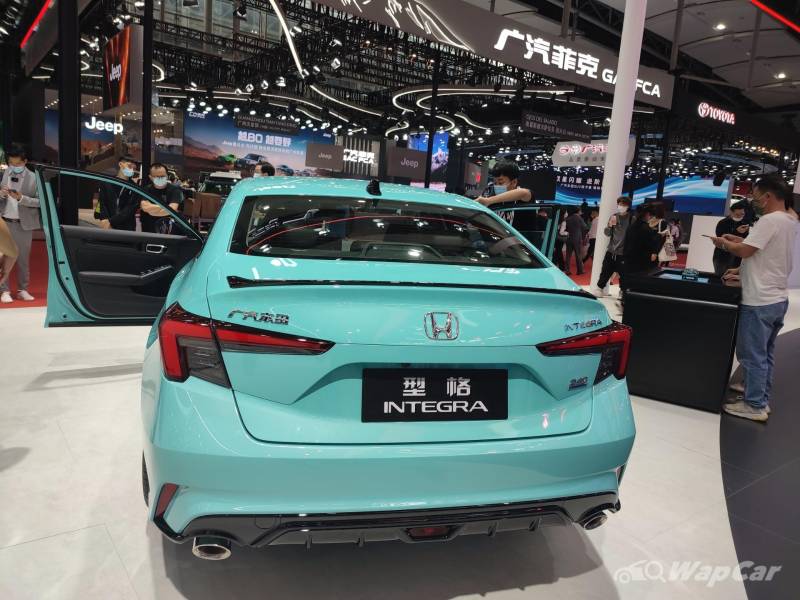 Moving towards the rear, the Integra differentiates itself from the Civic as it gets a pair of inverted L-shaped LED tail lights. A redesigned rear bumper with a large diffuser piece completes the rear, with the twin muffler tips neatly hidden at the edges.

Also Read: A Civic with a new name - Honda Integra makes debut in China; Not to be confused with Acura Integra 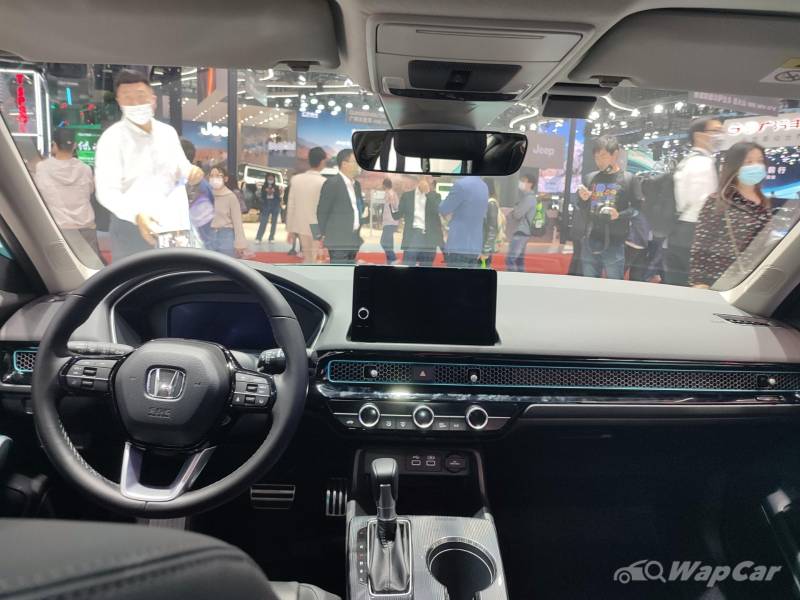 Power comes from a turbocharged 1.5-litre L15C9 petrol engine that does 182 PS. Torque figure was not disclosed by GAC Honda, but the Civic FE in other markets does 240 Nm. Transmission choices include a CVT-type automatic and a six-speed manual. 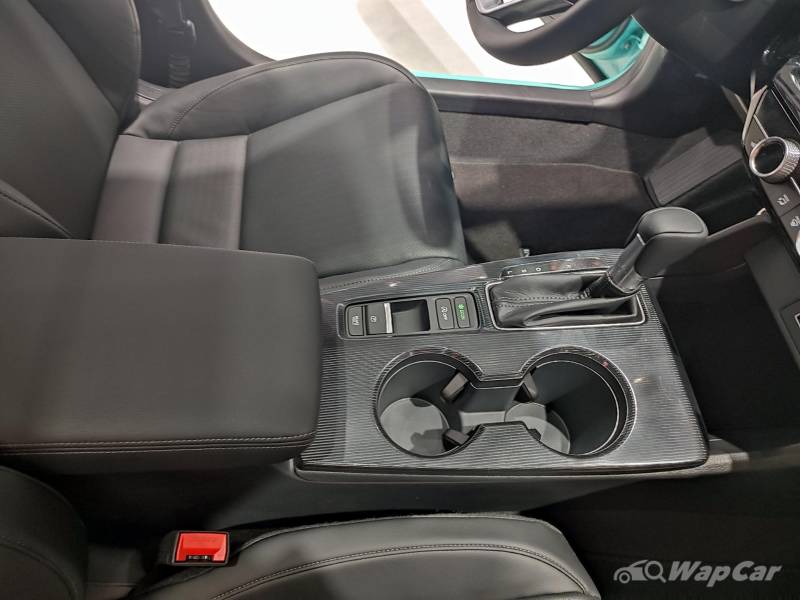 In China, the Honda Integra’s estimated prices are said to start from CNY 143,000 (~RM 94k), and could reach Chinese dealerships next month.