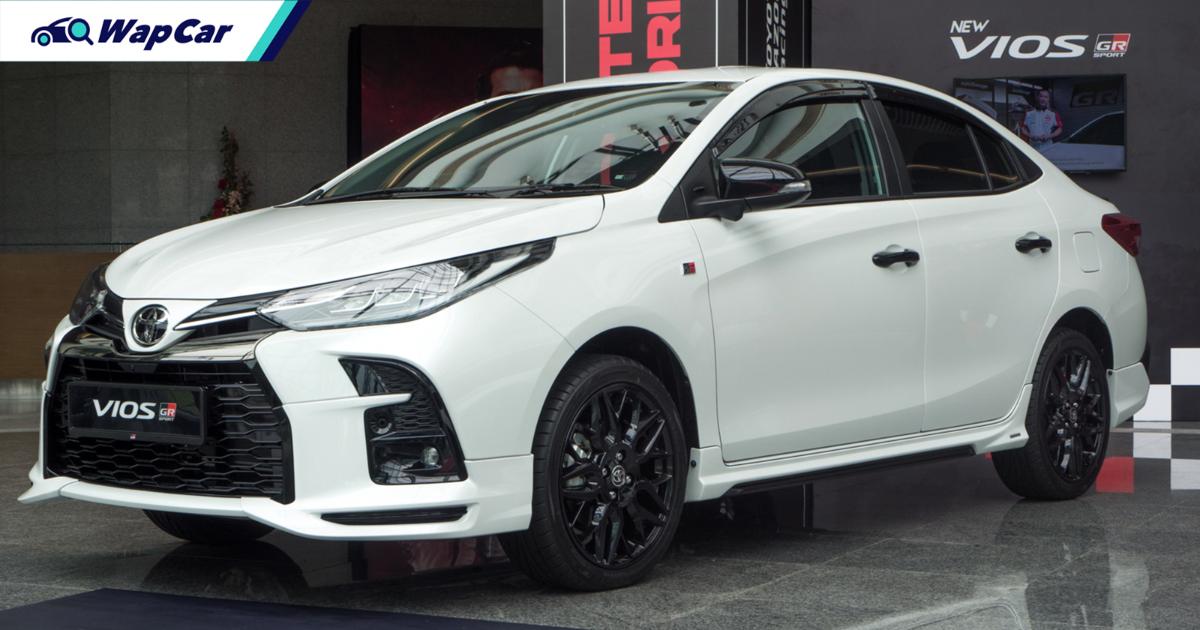 Sitting alongisde the 2020 Toyota GR Yaris at UMW Toyota Motor (UMWT)'s Shah Alam headquarters is this, the 2020 Toyota Vios GR Sport. Much like the GR Yaris, it also has some commendations of its own which we'll go through as we progress in this article.

Actually when you think about it, the Vios GR Sport's appearance is rather left-field. Nobody really expected it, but hey, we now have what is the first-ever locally-assembled (CKD) Toyota car to wear the GR Sport badge. 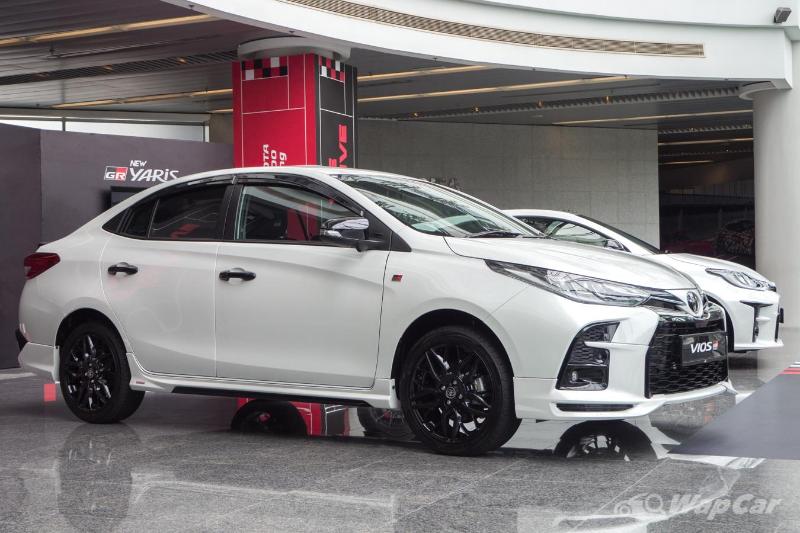 The Vios GR Sport is a new variant, but you can also specify all the kit you see here on your G-variant Vios for RM 7,700 extra sans the 10-speed CVT mapping. For RM 95,284 though (sans SST, valid until 30-June 2020), you'll get a rather bespoke bodykit, a suspension update and said new gearbox mapping. 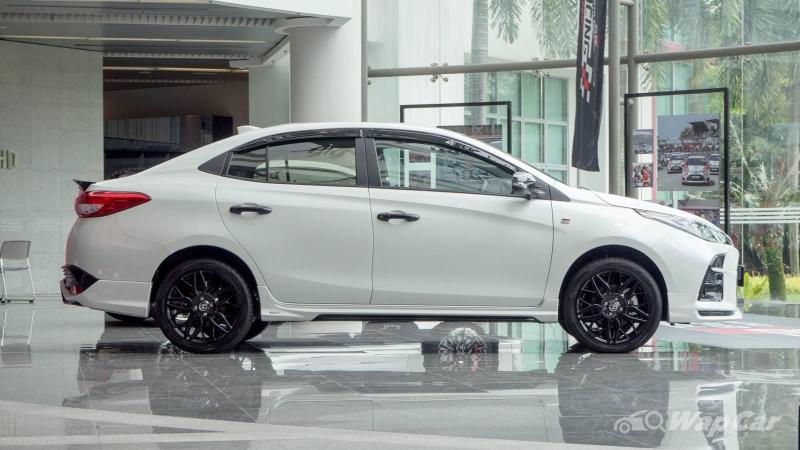 And we like the new bodykit. There's more effort shown here than just mild lip spoilers because the 'GR-ified' Vios gets a whole new front bumper to match its bespoke wheels, side skirts and rear bumper combo.

The new front bumper sports a gaping grille that bears the same 'functional matrix' motif as on the GR Yaris, so cooling should be improved somewhat. But it doesn't get more of the small details the bonkers Yaris has. 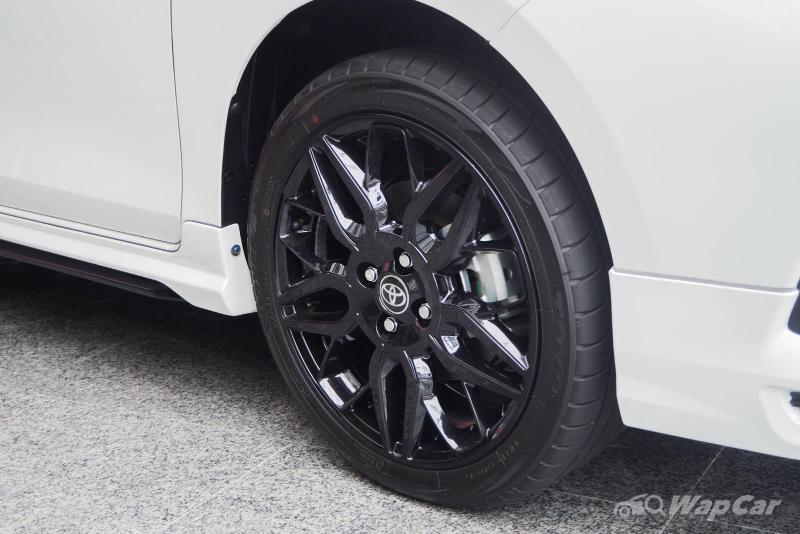 Along the sides, the 17-inch wheels has been the topic of the hour in various Vios owners' chatgroups and for good reason - people can't decide whether they like it, or think they're a tad too busy. They're wrapped in low-profile 205/45R17 Toyo Proxes TR1 tyres. 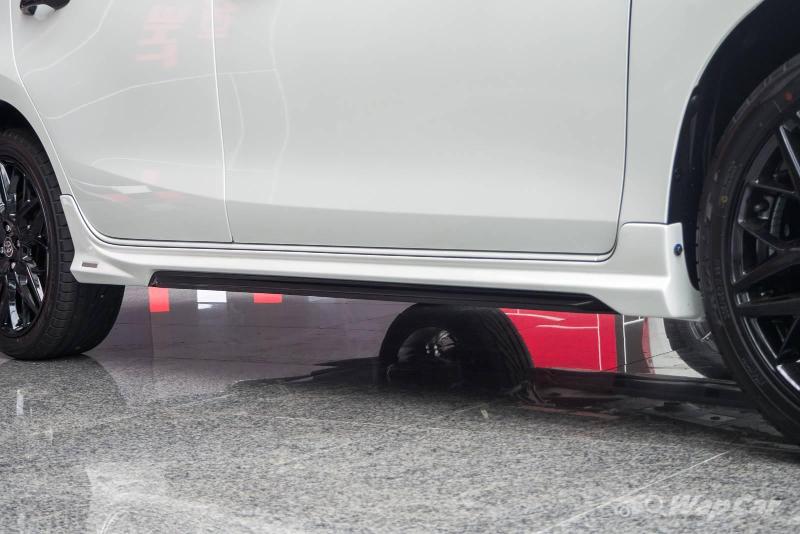 Side skirts are new too, this time emblazoned with a '10-speed' badge that hints at its transmission. More on that later. 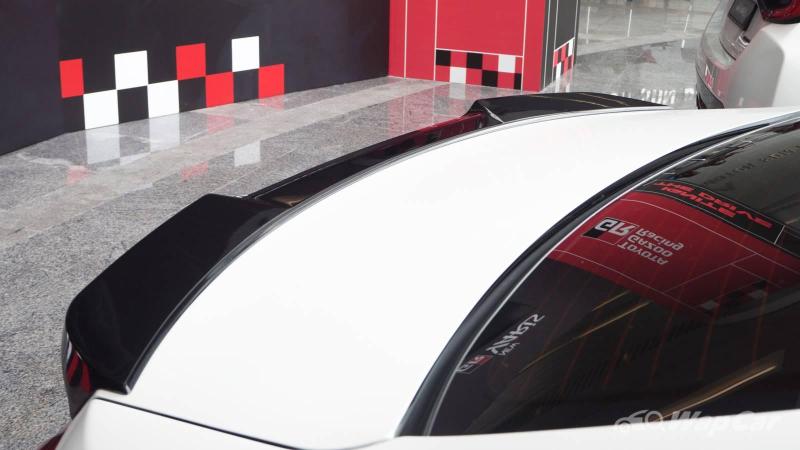 Round the back, the spoiler from the standard Vios' optional aerokit stays, but it's now in gloss black, much like the rest of the little details around the car. 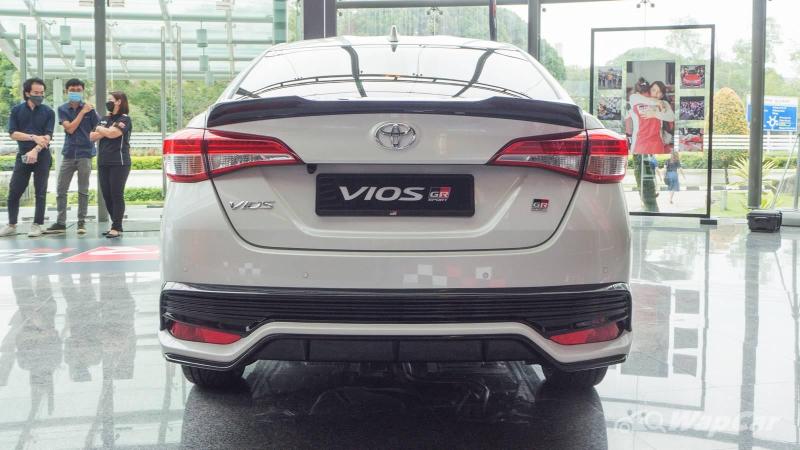 The new look also encapsulates a new lower rear bumper with an integrated diffuser. It's mostly for looks, and to be frank it does a look a little busy.

Capping the look is a choice of two colours: Platinum White Pearl, which it shares with the GR Yaris and Red Mica Metallic. 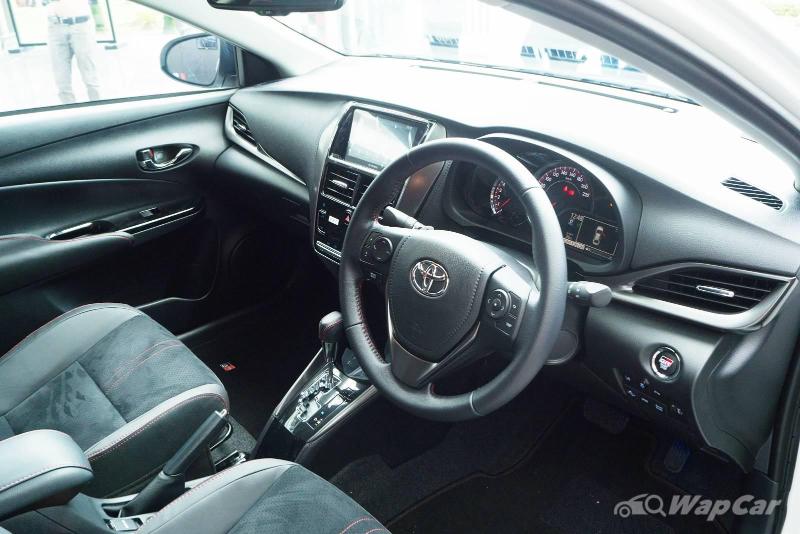 The "red = fast" trope stays, and the Vios GR-S gets red inserts up the wazoo. But let's start with the big things first. 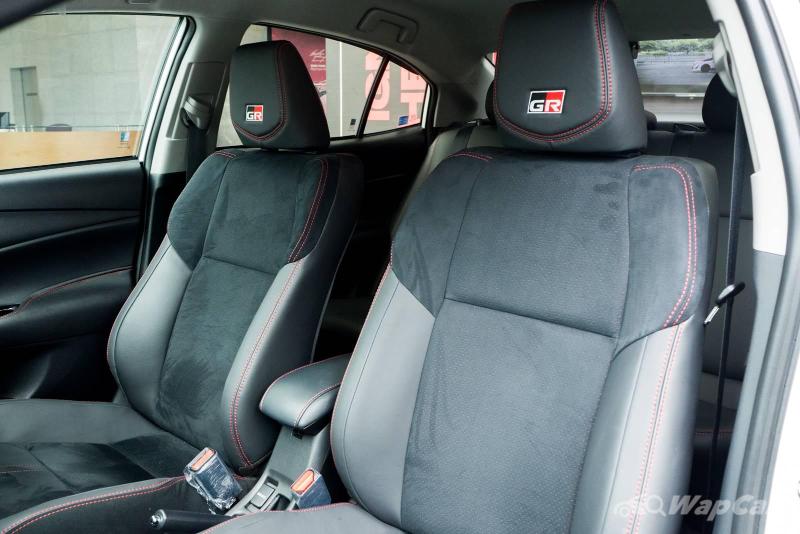 Up front are the leather-suede pair of seats which are quite soft and supple to sit in, both of which come with embossed GR logos on the front headrests. The seats have red stitch detailing on them.

Red continues to flow around the interior, with red stitching on the gear knob, steering wheel and armrests.

For the person behind the wheel, the Optitron instrument cluster also got the red treatment but at least this now comes with a GR-specific animation upon startup. 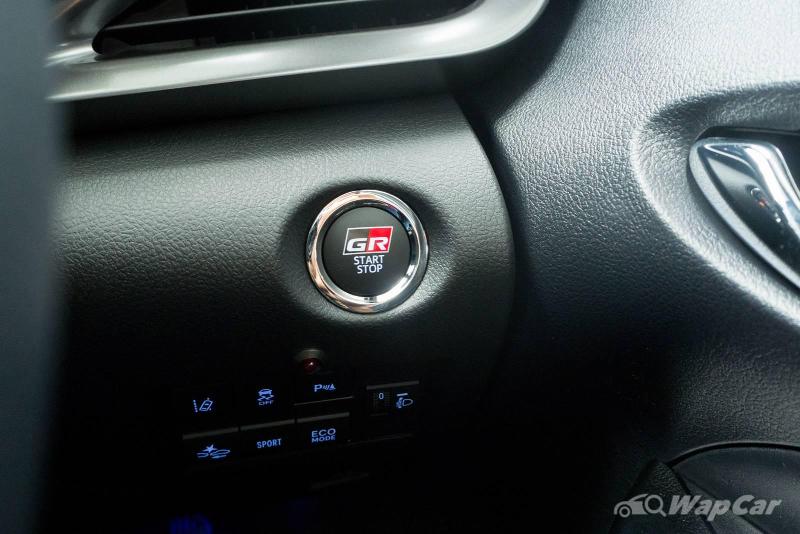 The GR push-start button and 7-inch Android Auto and Apple CarPlay-supporting touchscreen infotainment system are shared with the GR Yaris. How's that for bragging rights? 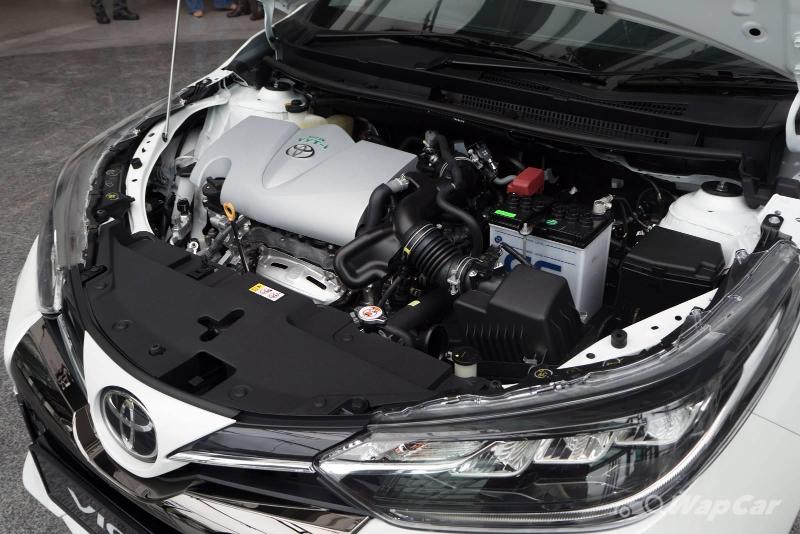 Temper your expectations - the '10-speed' here is all virtual. The Vios GR-S still has the same CVT, which if you didn't know, can be programmed to have as many ratios as you'd want. Of course, all of these ratios are virtual and are activated in 'Sport' mode.

Also part of the package is a tuned suspension setup. Note that the ride height stays the same, which means only the damping has been tweaked, presumably stiffer - synonymous to a sportier ride.

When all's said and done, the Vios GR-S actually does the GR moniker some justice. But whether or not they're worth the additional RM 7,700, you tell us in the comment section. 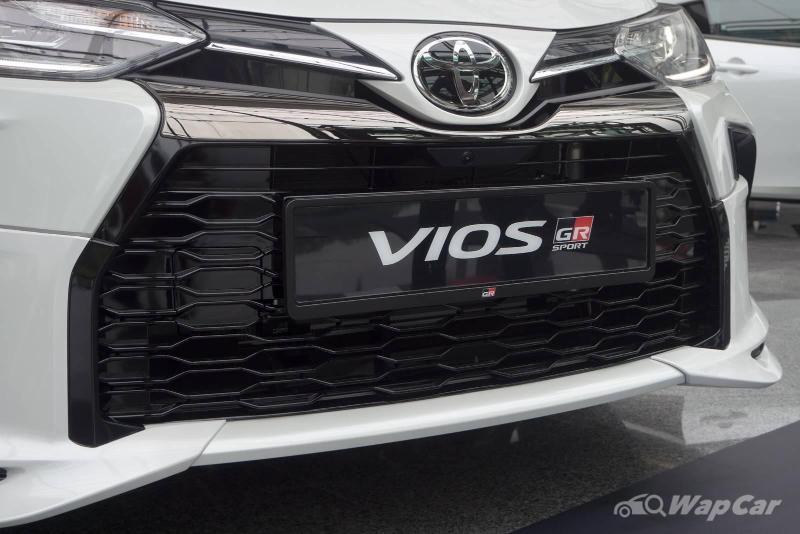 Oh and before you rush out the door - note that not all Toyota dealers are authorised to sell the Vios GR-S. For a list of which can, check out this article.