Closer Look At What's New With The New Proton Saga 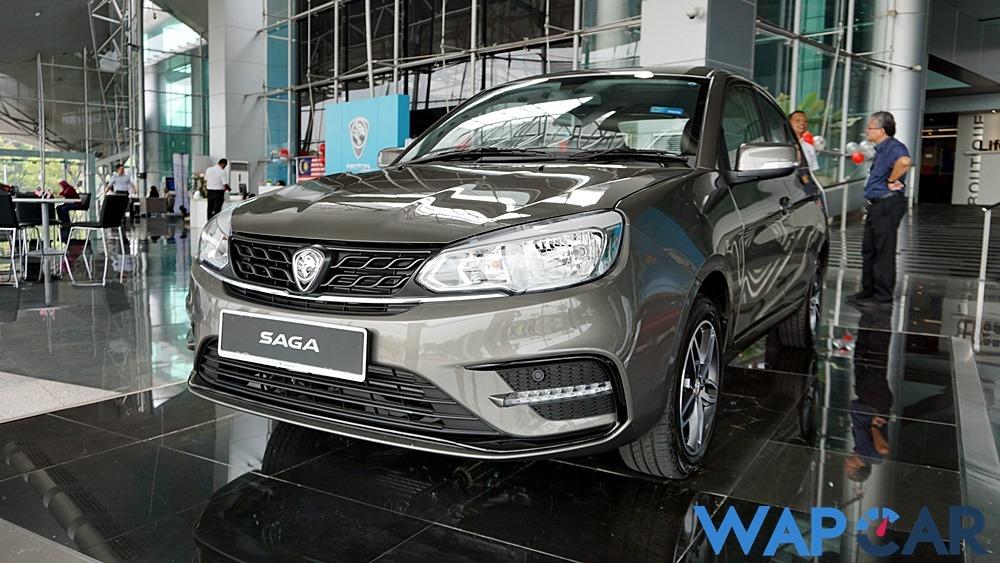 Proton has just introduced the new Saga, updating the affordable sedan that has been around since 2016 with some much-needed improvements.

Let’s take a look at what has been improved on the new Saga. 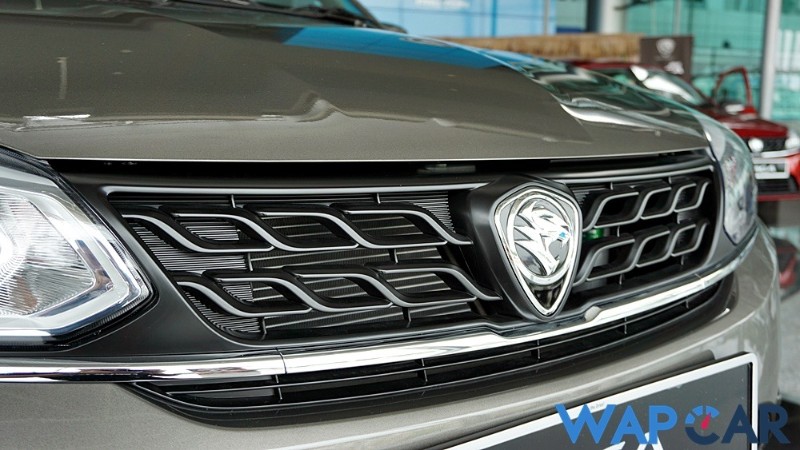 For starters, the front grille now features Proton’s ‘Infinite Weave’ motif, first found on the X70. The new Saga is the fourth model after the X70, Iriz, and Persona to don the new grille. 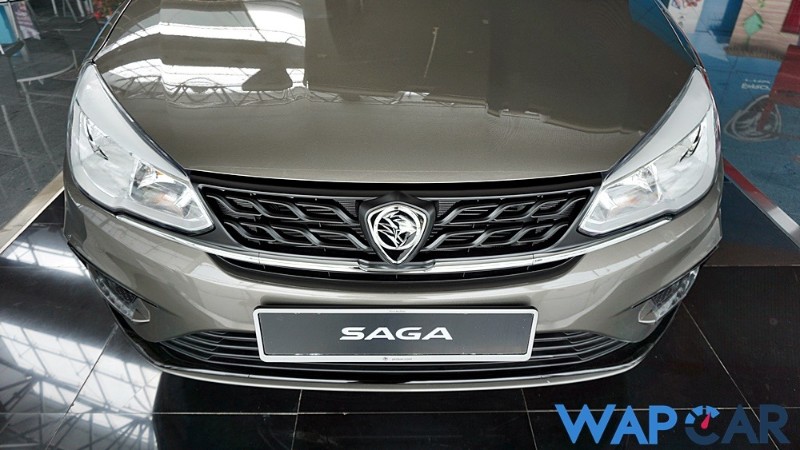 Apart from the ‘Infinite Weave’ front grille, the new Saga also features a chrome strip that connects both headlights. 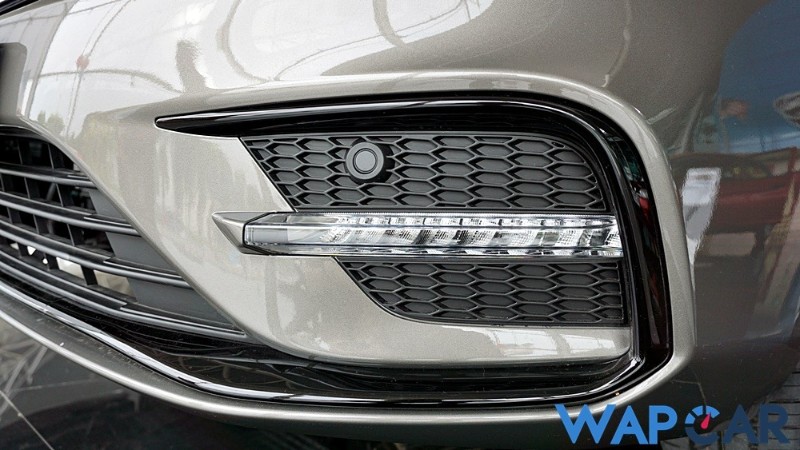 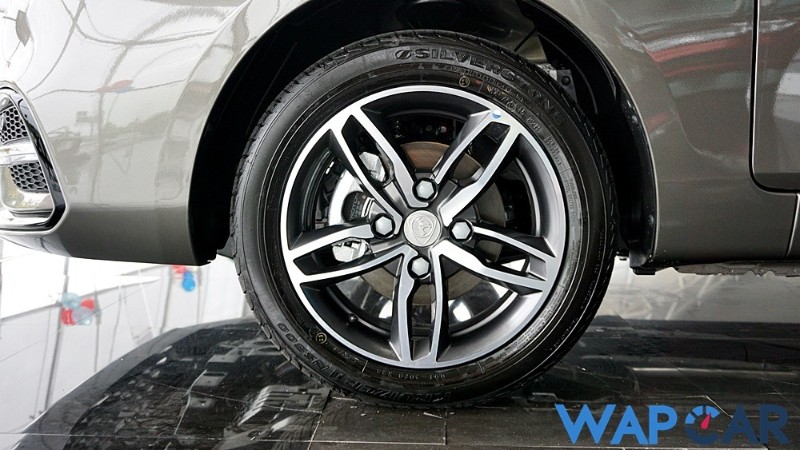 Towards the side of the new Saga are a new set of 15-inch alloy wheels with five twin-spoke design. 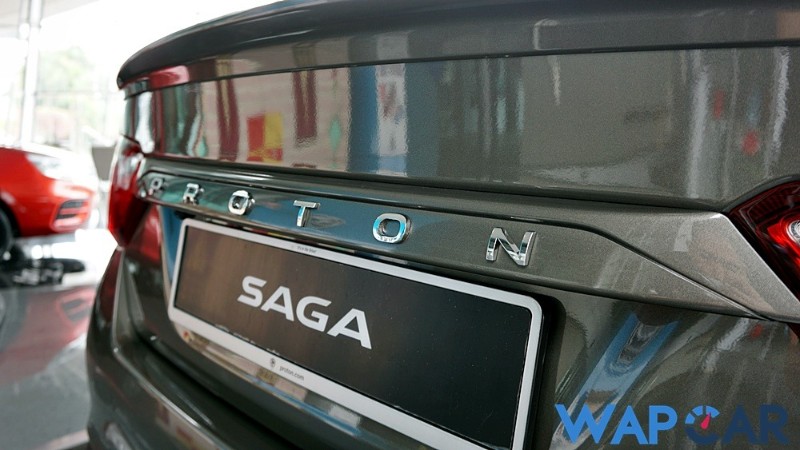 As for the rear end, Proton has removed the emblem that was positioned on the boot garnish, replacing it with the Proton inscription, similar to the Iriz, Persona, X70, and Exora. 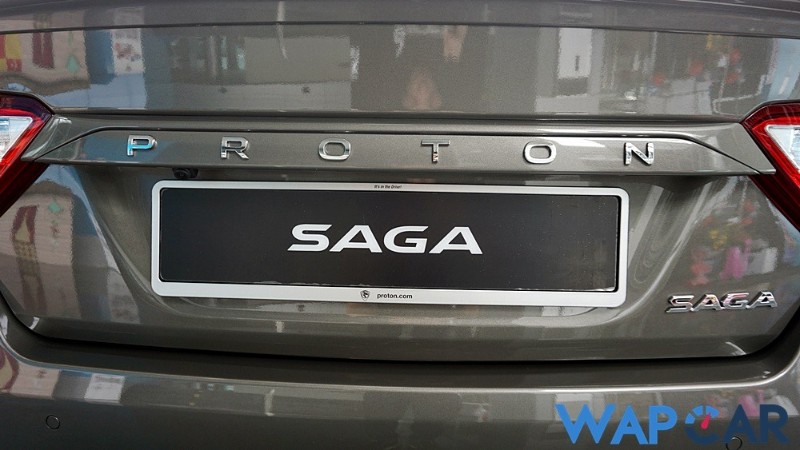 Proton has also removed the key hole for opening the boot, as the new Saga now features remote trunk release. 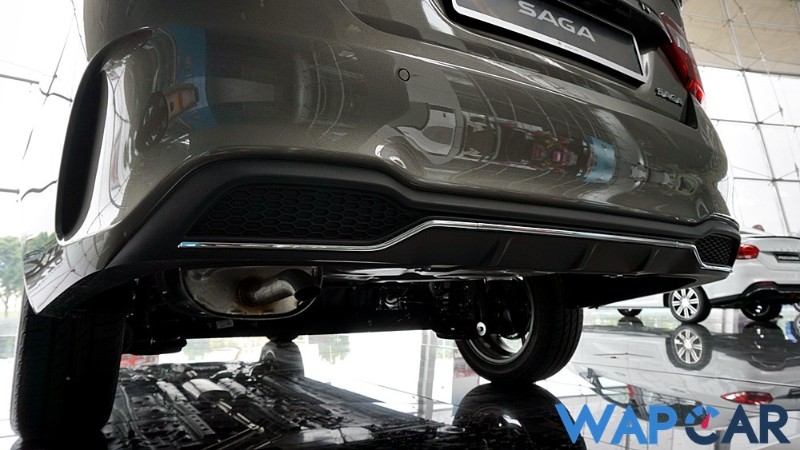 The rear bumper is now more intricate than the older model, now with a more convincing-looking rear diffuser piece with a chrome strip at the very bottom. The rear fog lamp has been removed as well. 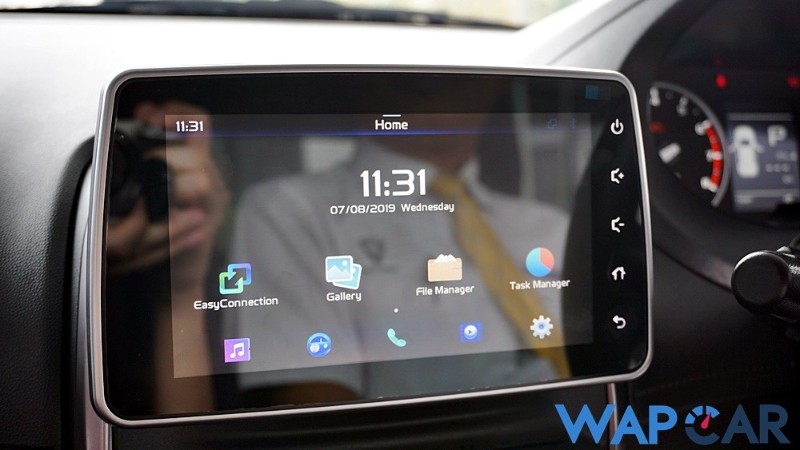 Moving inside, the Premium AT variant gets a new floating 7-inch touchscreen display.

Unlike its stablemates, the new Saga does not get the “Hi Proton” voice command system. Nor does the system support internet connectivity.

But it still gets EasyConnection for mirroring your smartphone’s display onto the head unit. We wished Proton offered Android Auto and Apple CarPlay on this lovely display though. 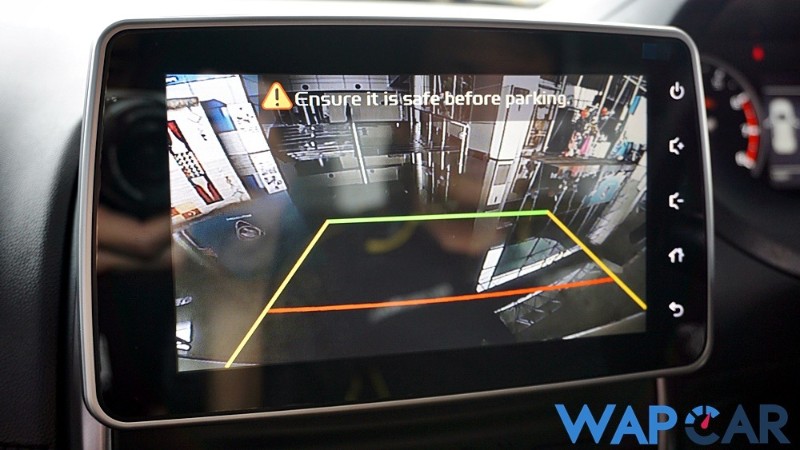 The reverse camera now outputs its video stream to the new head unit, instead of the tiny display in the rear view mirror. Video resolution also appears to have been improved. 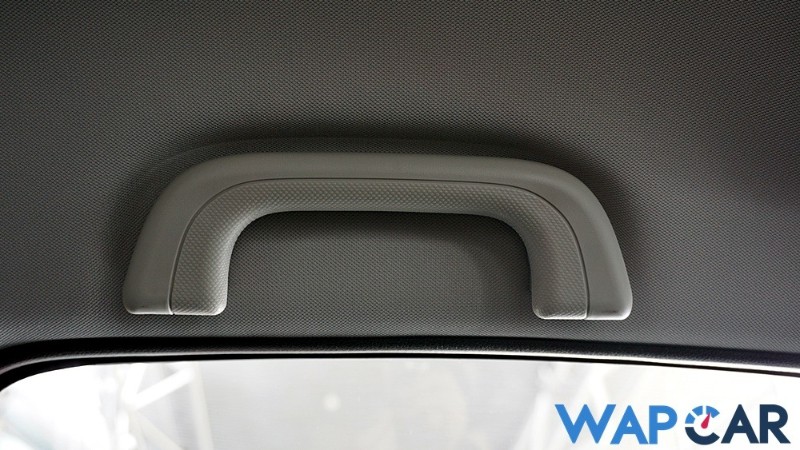 New head unit aside, Proton has changed the headliner with a new tricot material, and the grab handles are now damped.

The sunvisor has also been improved, as it can now function as a card holder as well.

We also like how the new map light looks now, as it gives the affordable Saga an upmarket touch. 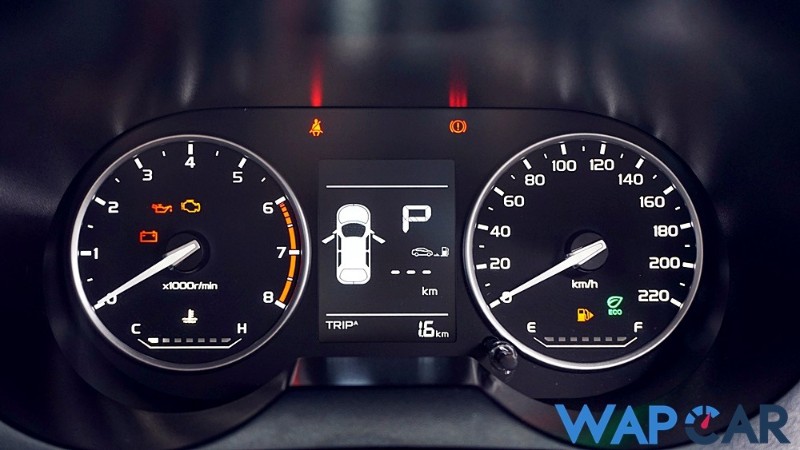 The meter cluster is also new, as the new Saga now shares its meter cluster with the Iriz, Persona, and Exora. Texts are easier to read and the segmented LCD multi info display is capable of displaying more information than the old meter cluster. 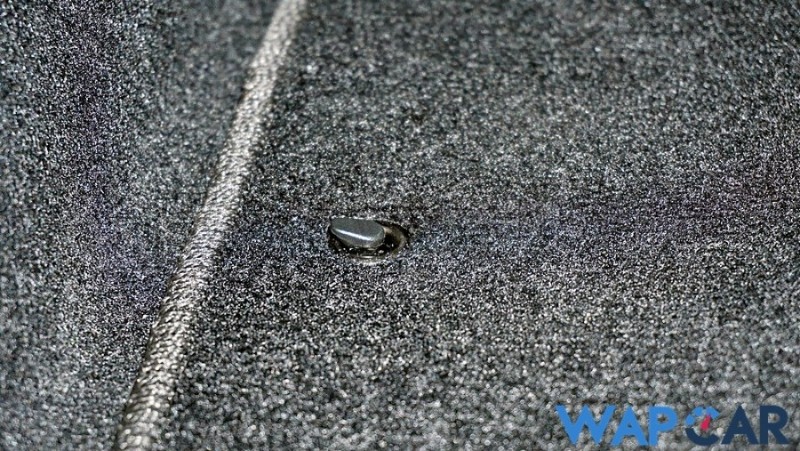 Another small but important update we noticed is the inclusion of carpet hooks for the front passengers. Yes, even the Saga now gets carpet hooks to securely hold the carpets in place. 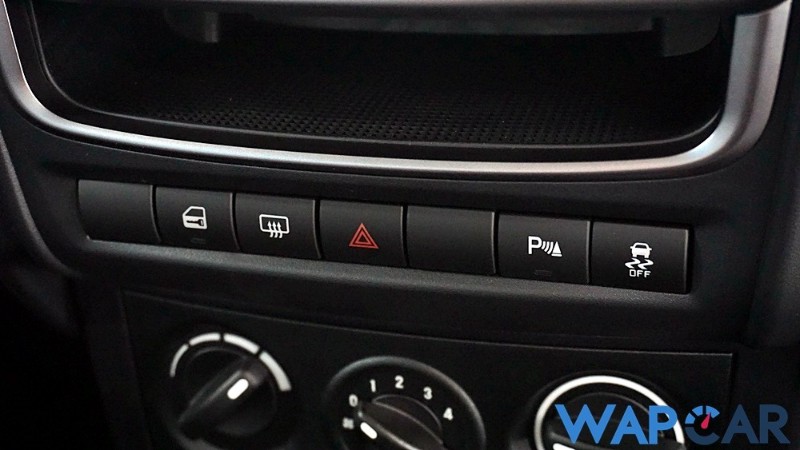 Safety kit has also been improved as ABS, EBD, and BA are now standard across the range. The Premium AT gets the addition of stability control, traction control, and hill hold assist. Airbag count remains at 2 across the range. 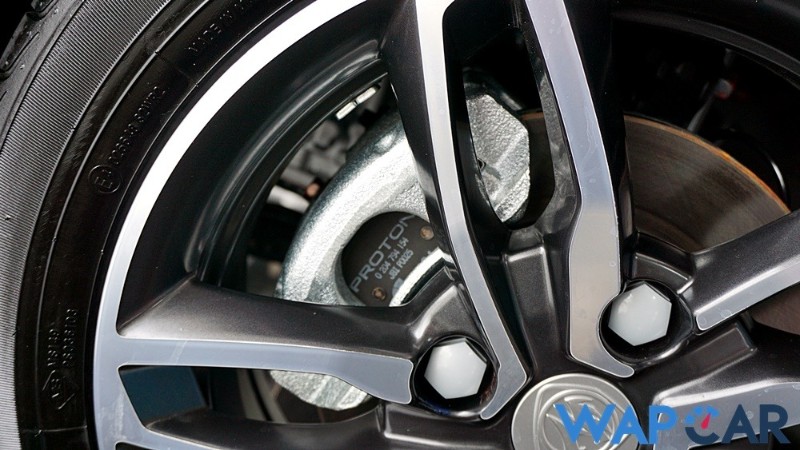 Last but certainly not the least, the new Saga also gets improved and stronger brakes from the Iriz/Persona duo.