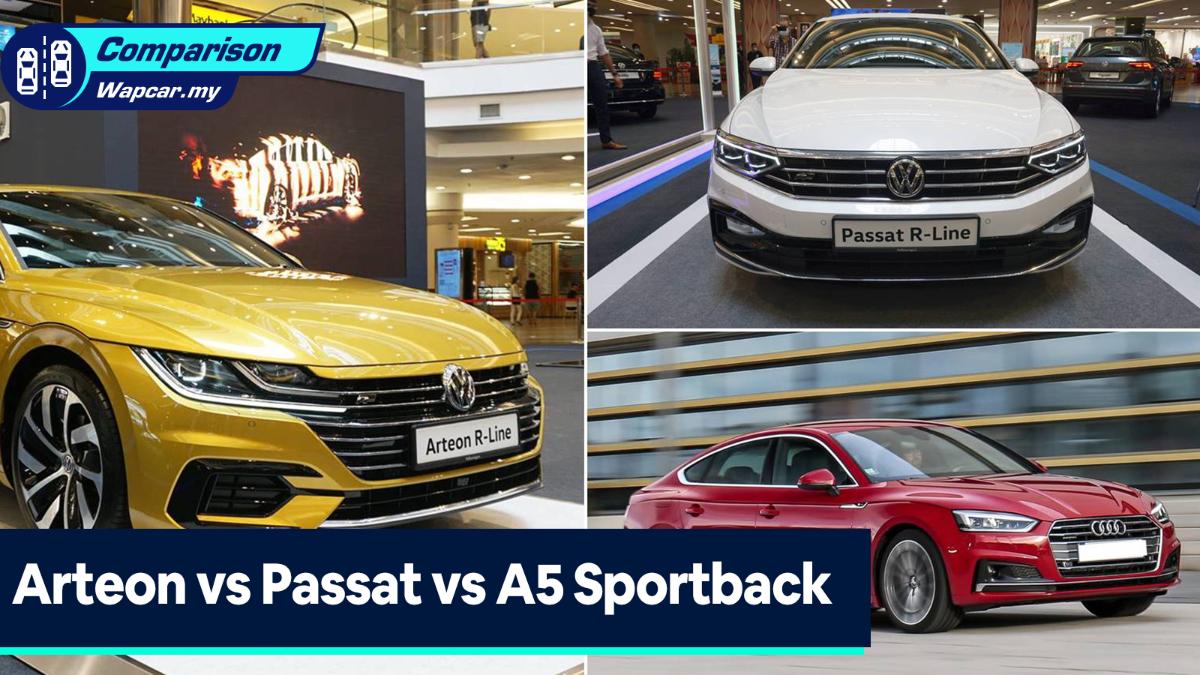 Yesterday, we saw the Malaysian launch of the swoopy 2020 VW Arteon after a long wait. Of course, the burning question remains: how does it stack up against its conservative stablemate, the Passat R-Line and the equally-flowy Audi A5 Sportback?

Different prices, but one may just be the unexpected bargain. Read on to find out!

Performance: Audi has the most punch 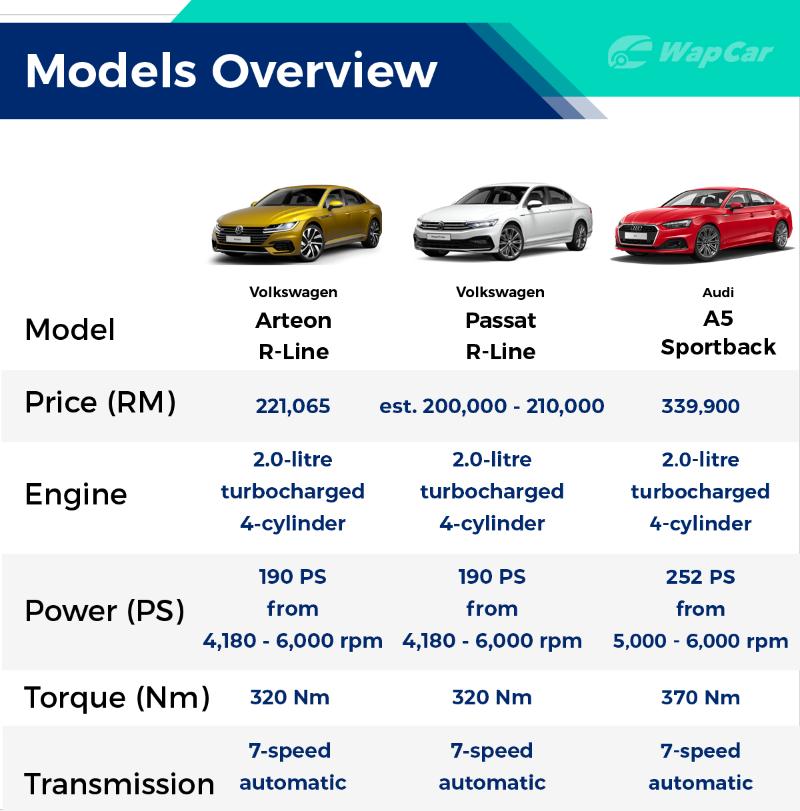 Sure, all of them are turbocharged four-pots, but Audi trumps on power here - 252 PS and 370 Nm means it makes a full 60 PS and 50 Nm more than the VWs. Should result in a very punchy drive, then. 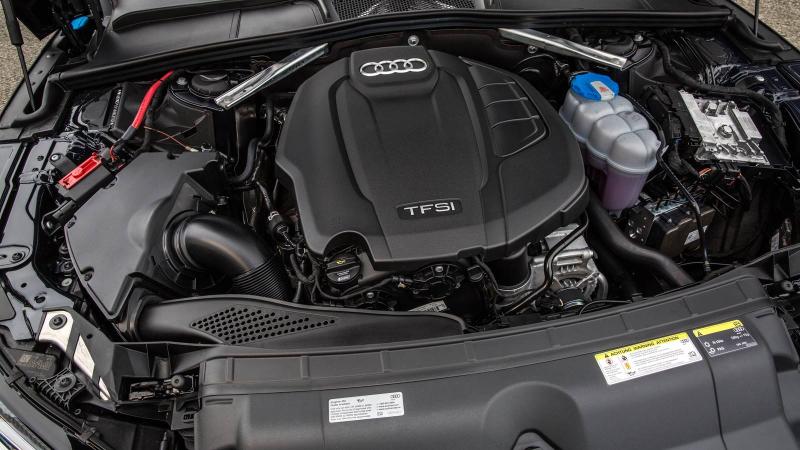 Power's nice, but it gets stale if you have to fill up a bit too often. Fortunately, these cars aren't too thirsty - Audi quotes that the Sportback returns a combined 6.3 litres/100 km.

Apart from the similar engine specs, both Volkswagen models send power to the front wheels only, while the Audi drives all four wheels through its Quattro system.

All three cars have suspension with damper control (known as Dynamic Chassis Control on the VWs), which can be adjusted on the fly to suit different driving styles.

On paper, the Audi looks more like the driver’s car - at least with its bigger engine - but is it also an everyday warrior with tons of space to spare?

Dimensions and Weight: Arteon's the biggest 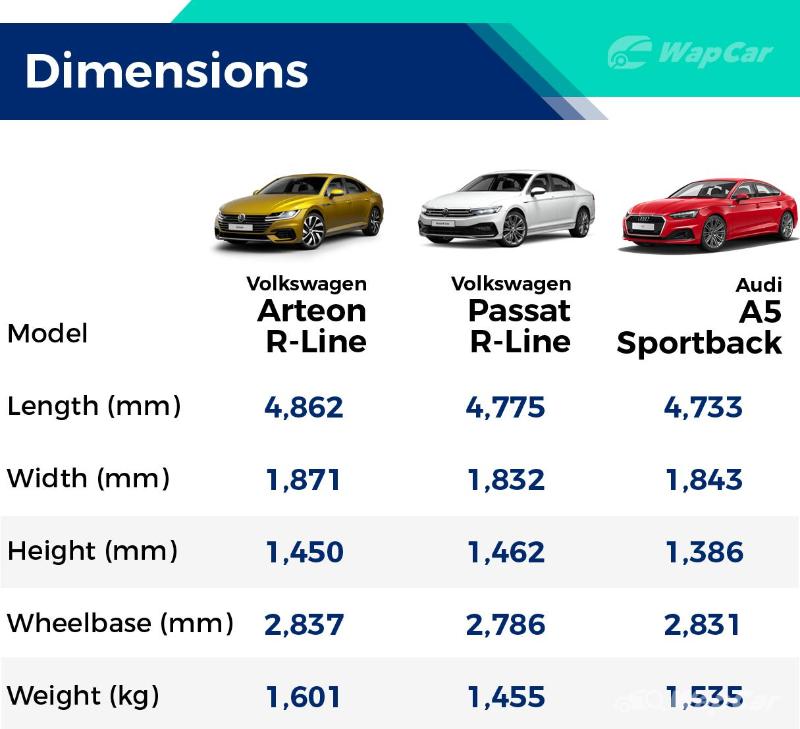 In short, not quite. The different platforms mean that the VWs edge out the Audi in terms of size and space. Among these three, the Arteon is the longest, widest and lardiest of the lot.

Boot size on the Arteon is a respectable 563 litres, just 23 litres down compared to the Passat's 586 litre trunk.

The Audi lags far behind here, with only 480 litres to show. 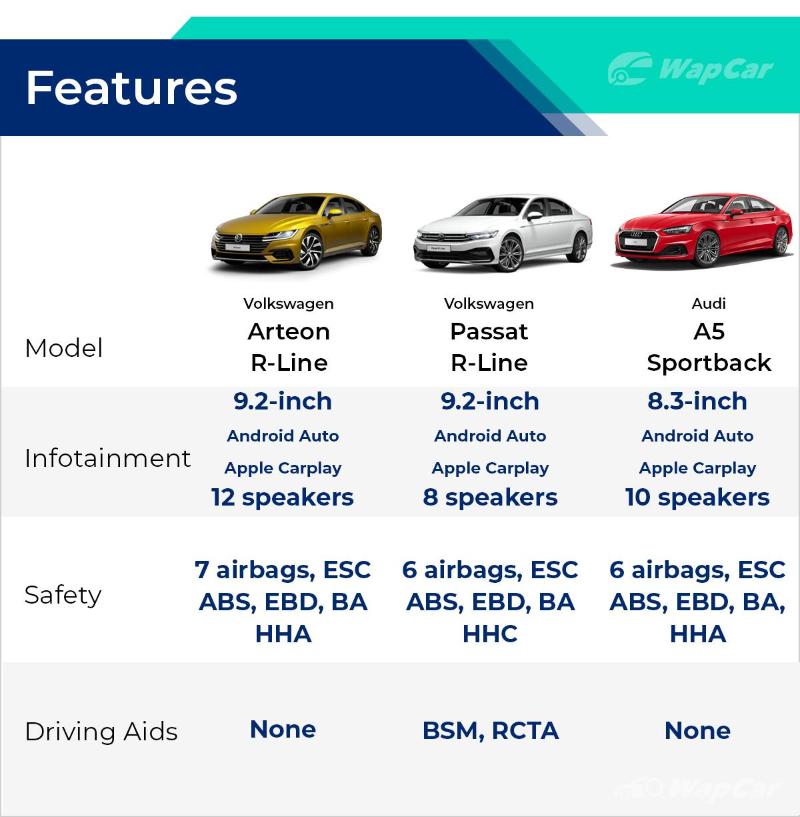 People say beauty is only skin deep, so let's see what these cars have to offer inside.

The VWs are pretty similar inside. There's a couple of big screens, most notably the 9.2-inch touchscreen display that’s loaded with VW’s Discover Navigation Pro system to handle your tunes and navigation, and an 11.7-inch ‘Digital Cockpit’ digital instrument cluster for stuff you need to know while driving.

The infotainment system supports Apple CarPlay and Android Auto out of the box. Small difference lies in the sound system though - the Arteon gets ‘Dynaudio Confidence’, a setup that consists of a 700 watts, 16-channel digital amplifier with 11 speakers. The Passat gets 8 speakers instead. 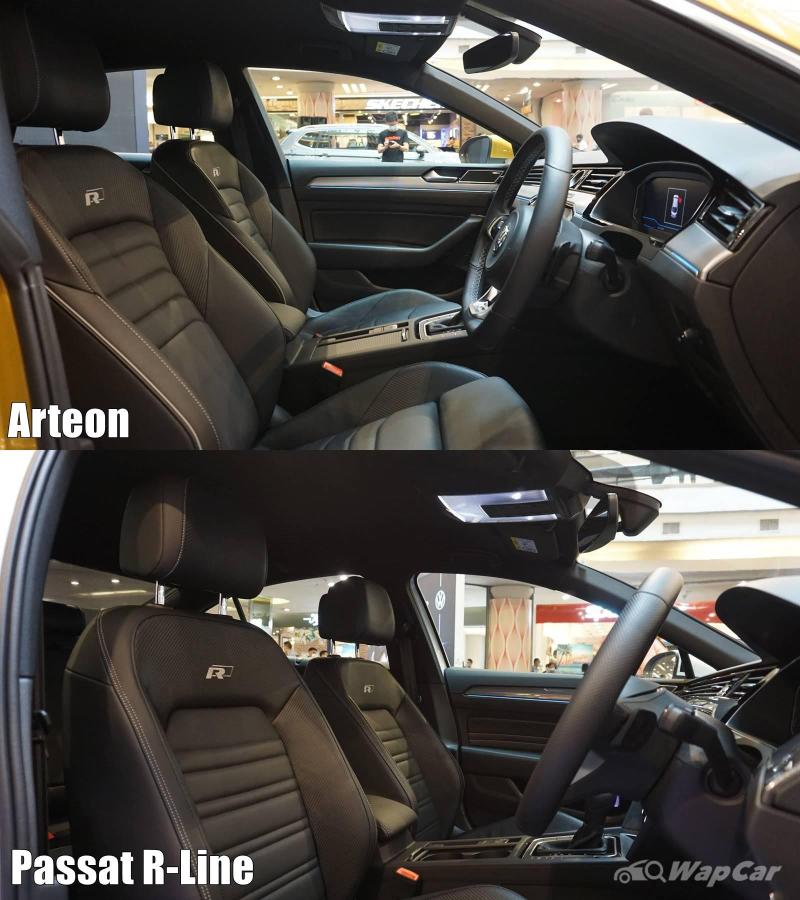 Both cars' interior upholstery and seats (with massage function for the driver) are made out of Nappa leather with contrast stitching. Ambient lighting is also a feature on both models. 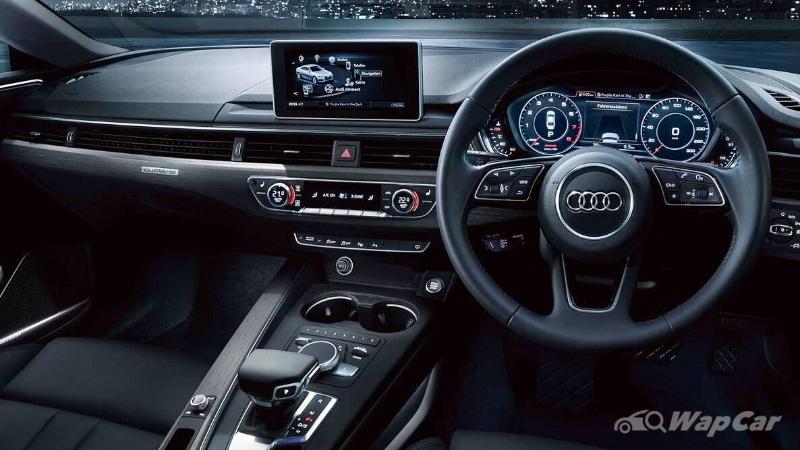 The Audi is noticeably sportier, with its leather interior and sportier steering wheel. It has a bigger digital instrument cluster (12.3-inches), but it loses out a bit in terms of its touchscreen size which only measures 8.3-inches.

Audi Connect is present in addition to Android Auto and Apple CarPlay. At least it can fight the Arteon for in-car entertainment gongs, thanks to its 11 speaker setup.

Safety: Parallel all round 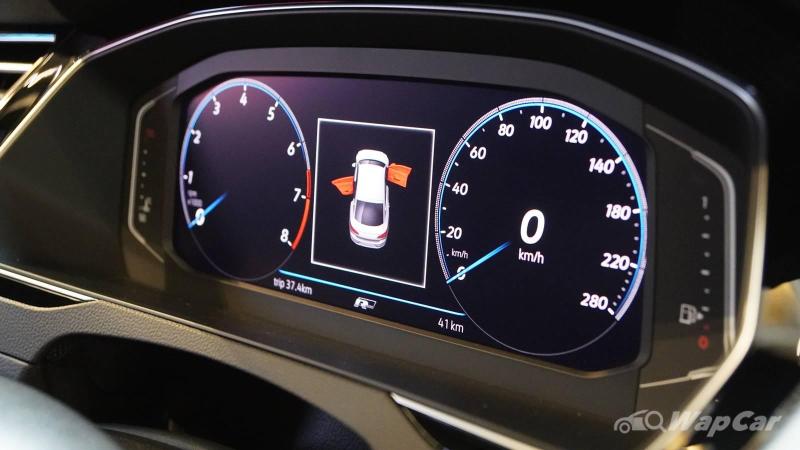 Safety wise, all three German saloons are pretty much on par. All cars get hill-hold control (HHC), electronic stability control (ESC), anti-lock braking system (ABS), electronic brake force distribution (EBD) and brake assist (BA), but the Arteon gets seven airbags - one more than both its competitors.

ADAS offerings are also disappointingly dismal - should've been better as there are cheaper cars that come with them. 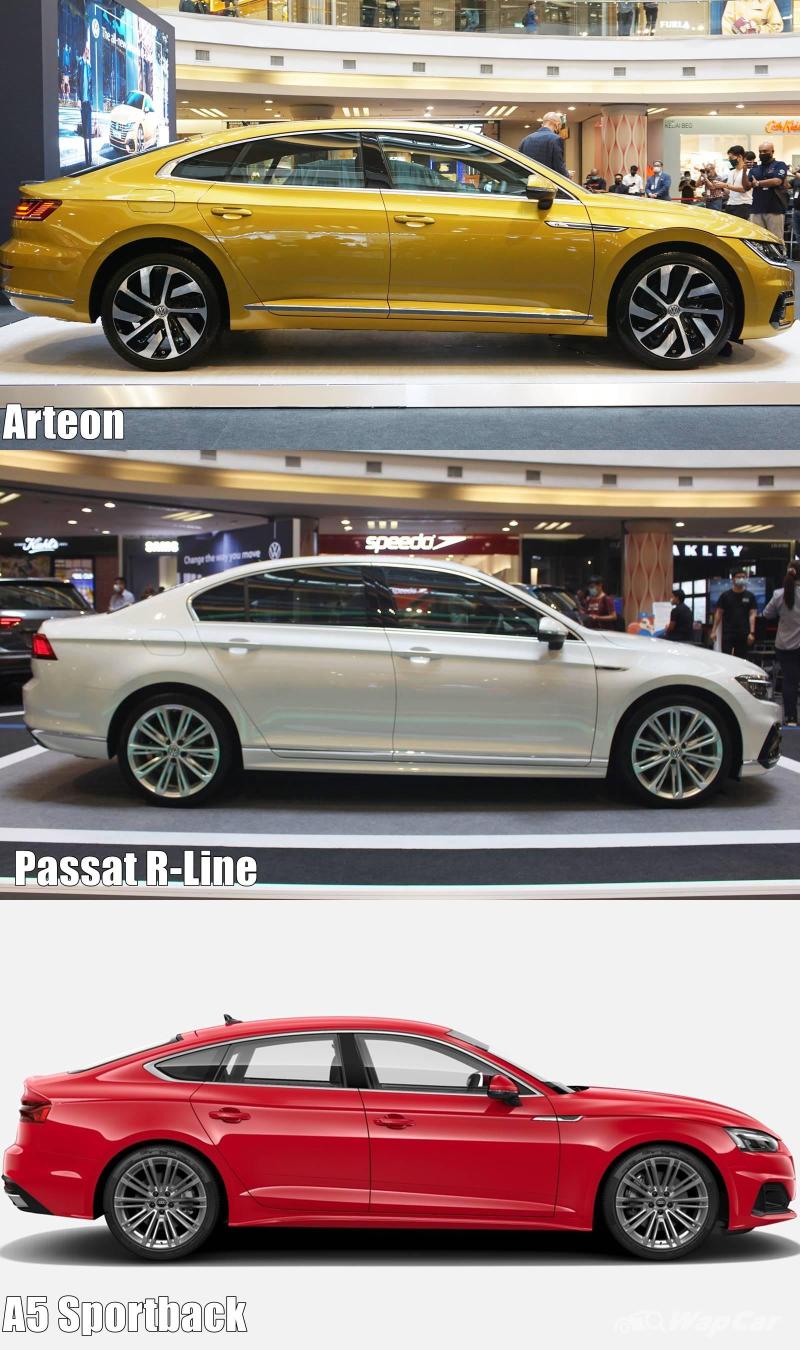 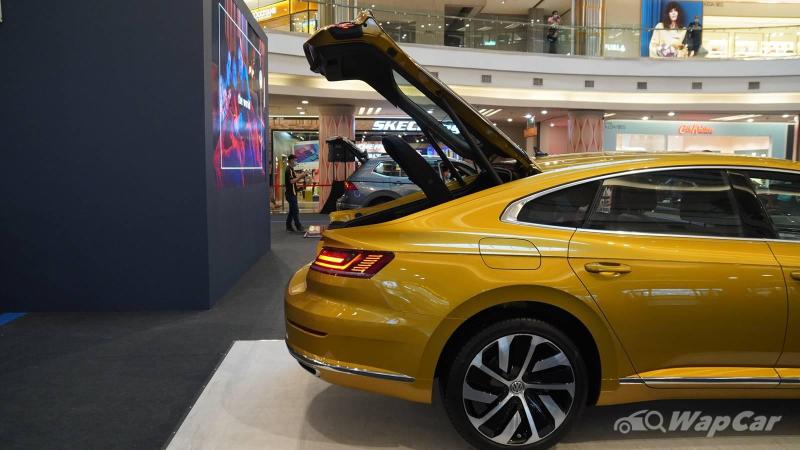 It’s subjective, really. Undoubtedly, the Passat is the most conservative among all three here, being cheaper and also somewhat bigger inside, but that means there’s no swoopy bodyline for you. 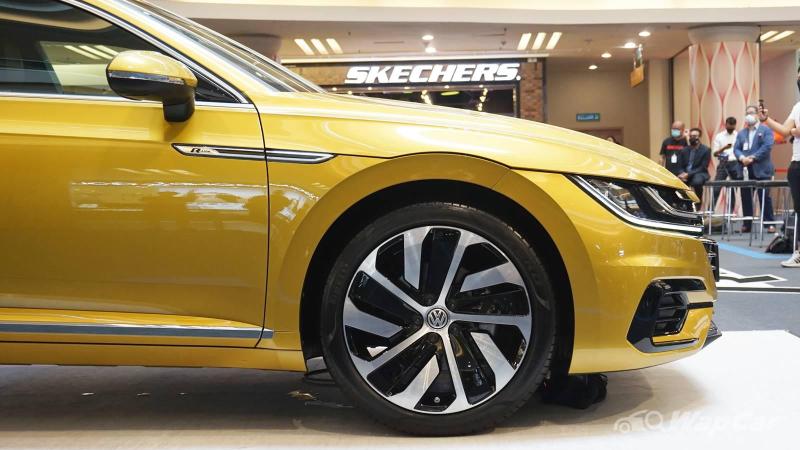 That said, if you compare the Arteon to the A5 Sportback, it looks like a complete bargain - similar head-turning sleek shape, bigger boot space, a fuller in-car entertainment system - all for RM 118,000 less. 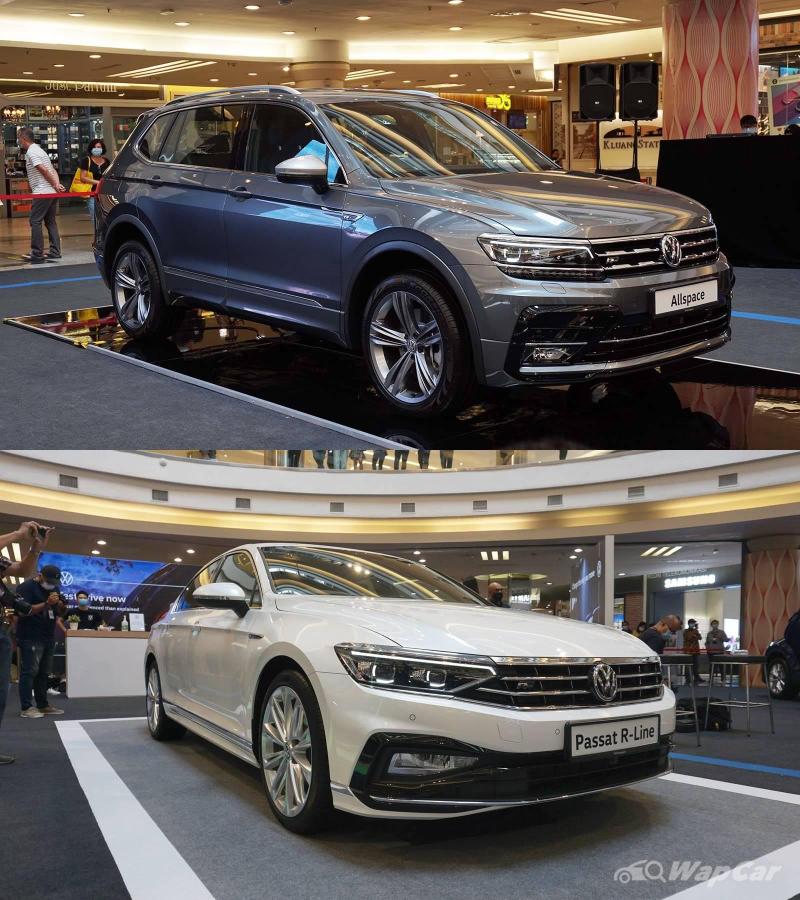 VW launched three cars yesterday and you can read our rundown on them on our site!

Click here to see how the 7-seater Tiguan Allspace fares against its Japanese rivals, or read our three-car battle between the Passat R-Line against similar turbo-powered cars. 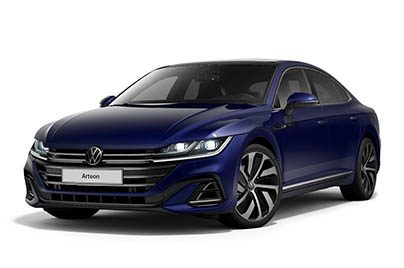