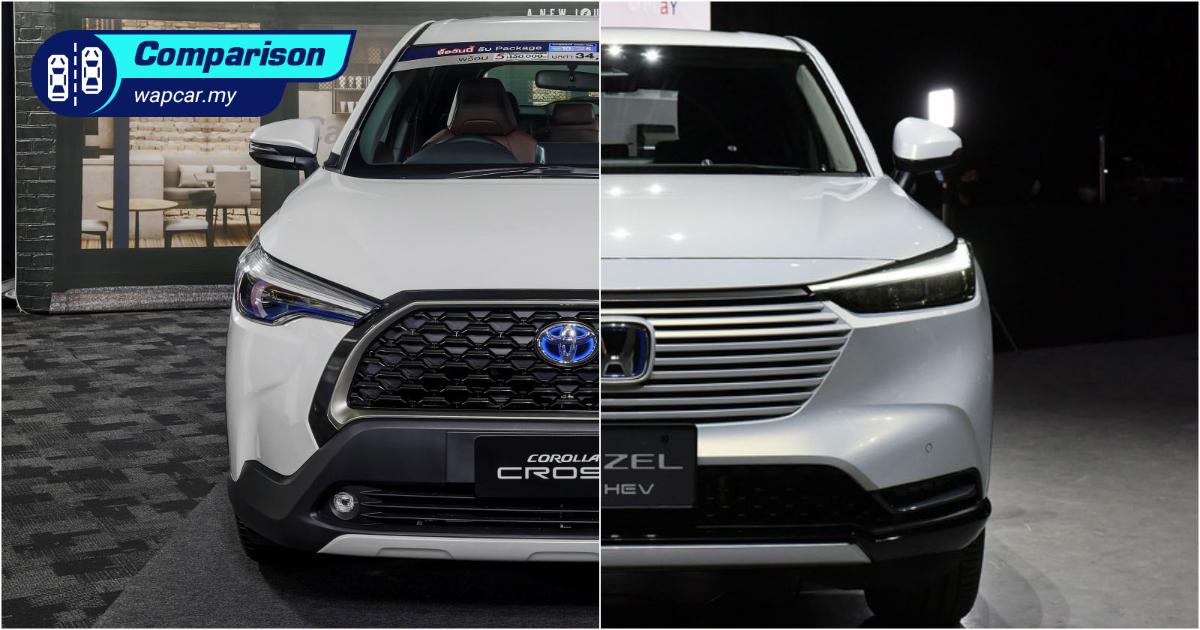 The Toyota Corolla Cross is Toyota’s latest foray into the SUV segment. The model has been introduced in several countries including Thailand, Taiwan, Brazil, Vietnam, and Indonesia.

Malaysians will launch the Toyota Corolla Cross on 25-March. The model will also be introduced to Japan later this year, where it will compete against the equally-new Honda Vezel (to be sold here as the all-new Honda HR-V). 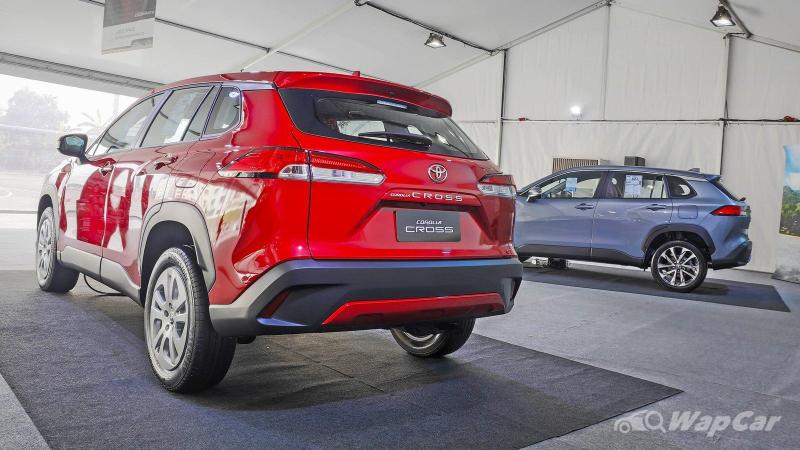 The outgoing Honda HR-V that's still on sale in Malaysia is in the last legs of its model life and thus won't be able to put up much of a fight against the Corolla Cross.

We have already compared the Corolla Cross against the current generation Honda HR-V here, so for today's post, we will pit it against its the upcoming all-new HR-V.

As the Vezel will only go on sale in Japan in April, its specifications have yet to revealed, so this will only be a visual comparison, which in our opinion, is something that the Vezel (HR-V) wins hands down.

Compared to the utilitarian-looking Toyota Corolla Cross, the Honda HR-V looks more upmarket. Both cars get a trapezoidal-shaped front grille, but the HR-V’s one looks the part, especially in this e:HEV trim.

In fact, the HR-V’s sleekness continues to the sides and rear. Quite a stark difference from the Corolla Cross’ chunkier design approach. It also gets a two-tone colour treatment and the HR-V's signature hidden rear door handles to give it a coupe-like look.

The HR-V also gets a cool-looking light bar that connects both LED tail lights.

As you step inside, both cars will greet you with a floating-style display, but it is the HR-V's cabin that has a greater flair. Even its air-cond vents feature cool looking control knobs.

The Thai-spec Corolla Cross gets a 9-inch infotainment display with Apple CarPlay support. As mentioned, specifications for the all-new Vezel (HR-V) have yet to be announced.

Like the outgoing model, the all-new Honda HR-V also boasts an electric parking brake (EPB) – a feature that is curiously lacking on the Corolla Cross, which uses a foot-operated parking brake instead.

We reckon that the HR-V's dashboard with the ivory coloured trims also look far more upmarket than the Corolla Cross. It remains to be seen if the Malaysian-spec Corolla Cross gets the same red interior as the Thai-spec car shown here.

On paper, the spare wheel-less Toyota Corolla Cross offers a substantial amount of boot space, coming in at 487 litres – more than the outgoing HR-V’s 437 litres. Boot space of the all-new Honda HR-V has yet to be disclosed.

Conclusion – The HR-V will fall behind temporarily, but all-new model will be a strong contender

While actual specifications of the all-new Honda HR-V will only be announced next month, these photos are a good indication that the model could remain as the undisputed segment leader, given its class-leading practicality, design, and features. 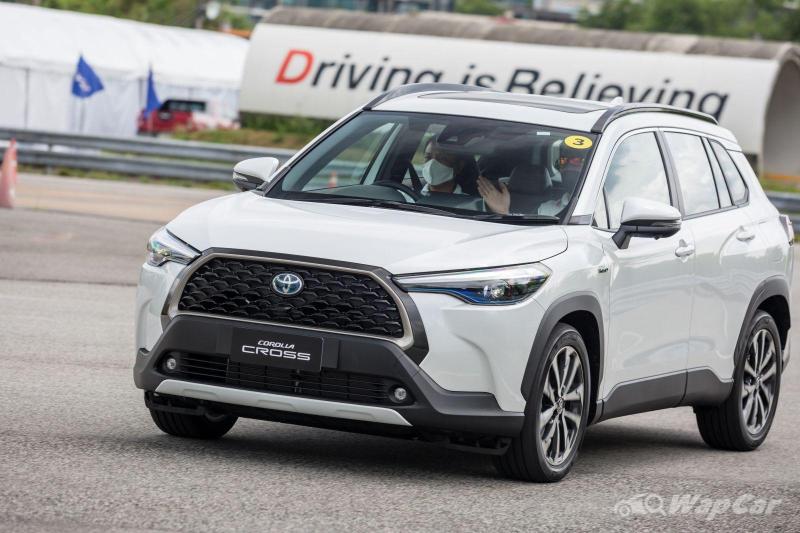 But the all-new HR-V won't be introduced in Malaysia so soon. At least not until the middle of next year (our estimates).

As a car that bears the Corolla name, quality and reliability is a given, and we all know how Honda's after-sales and built quality have in recent years, fallen behind Toyota.

We will bring you more updates on the Corolla Cross (and Vezel/HR-V) closer to the respective model's launch dates.