HomeNewsCorolla Cross, HR-V too plebian? Stun your friends with the JDM Honda Jazz Crosstar, yours from RM 129k

Corolla Cross, HR-V too plebian? Stun your friends with the JDM Honda Jazz Crosstar, yours from RM 129k 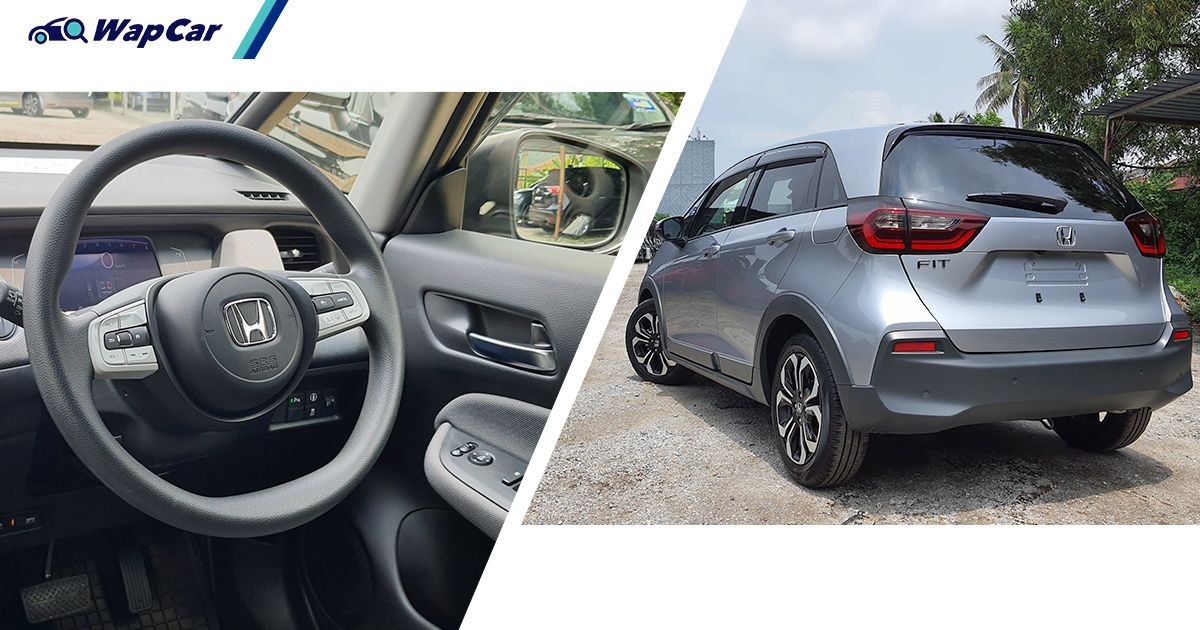 Fling a pebble at any random direction and you're going to ding the paint off a Toyota Corolla Cross or Honda HR-V. As plenty as they are, not everyone are keen on adding more of them on Malaysian roads and that's fair; the gaps will be filled by reconditioned cars such as this 2022 Honda Jazz Crosstar. 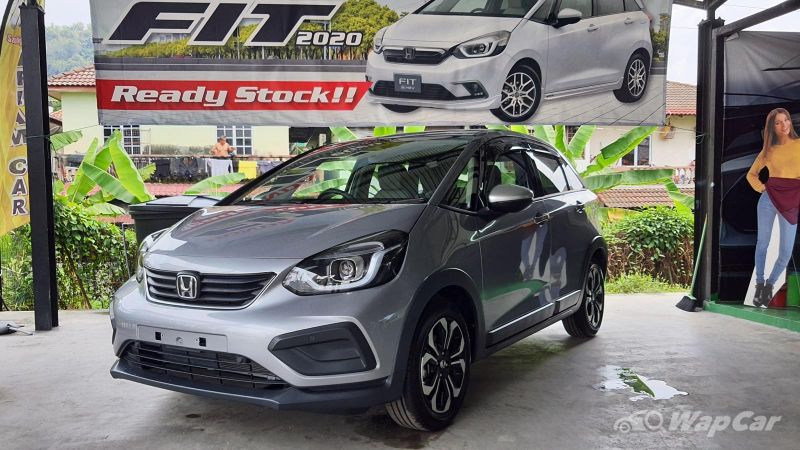 And this is priced somewhere along the line of the two cars named above. This lightly-used unit has found its way into Malaysia courtesy of reconditioned car dealers, Prominent Motor Sdn. Bhd. 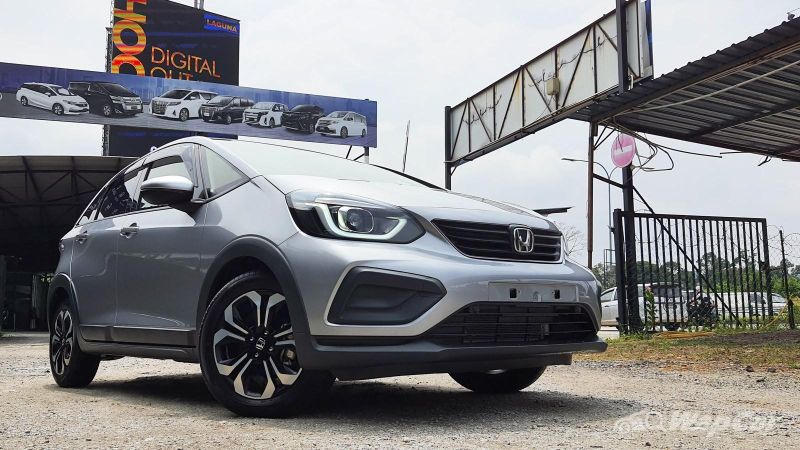 This Crosstar is one of 20 variants bearing the Fit nomenclature, and like the 'Cross' in its name implies, it's styled to fit a more rugged character. A wee tyke it may look like, but it's got big boy ambitions, this. 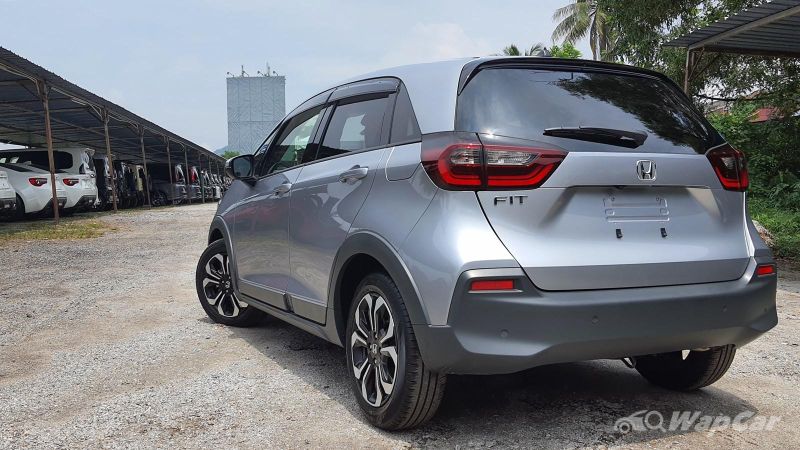 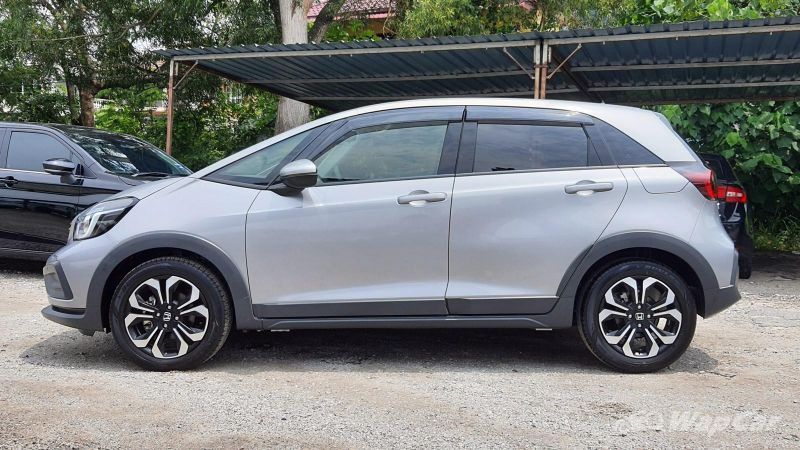 On the outset it looks different enough to be its own model: unique front and rear bumpers, as well as matte black plastic cladding really gives it that 'off-roady' charm. 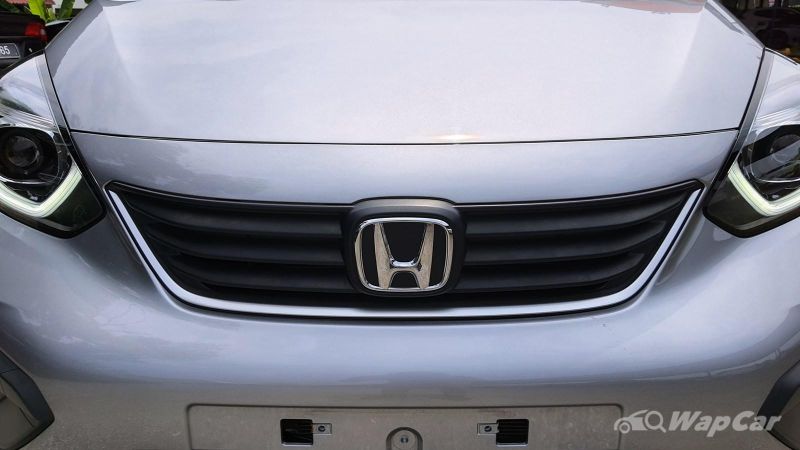 This line of the Fit also have a conventional grille, unlike the 'regular' variants which have the closed-off, EV-like grilles. 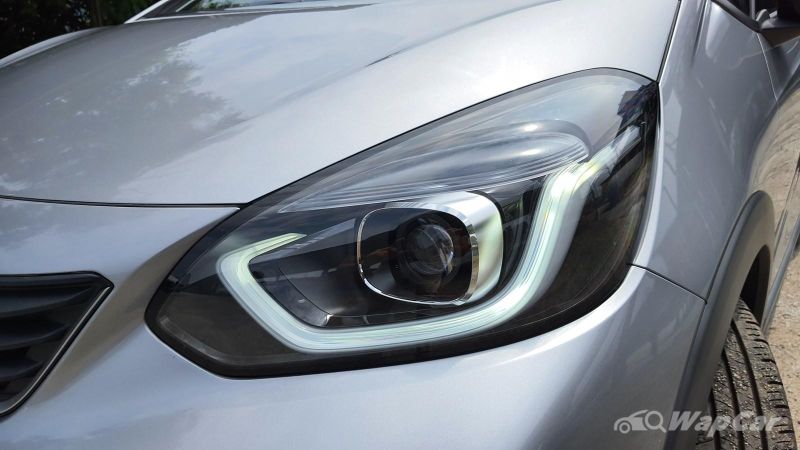 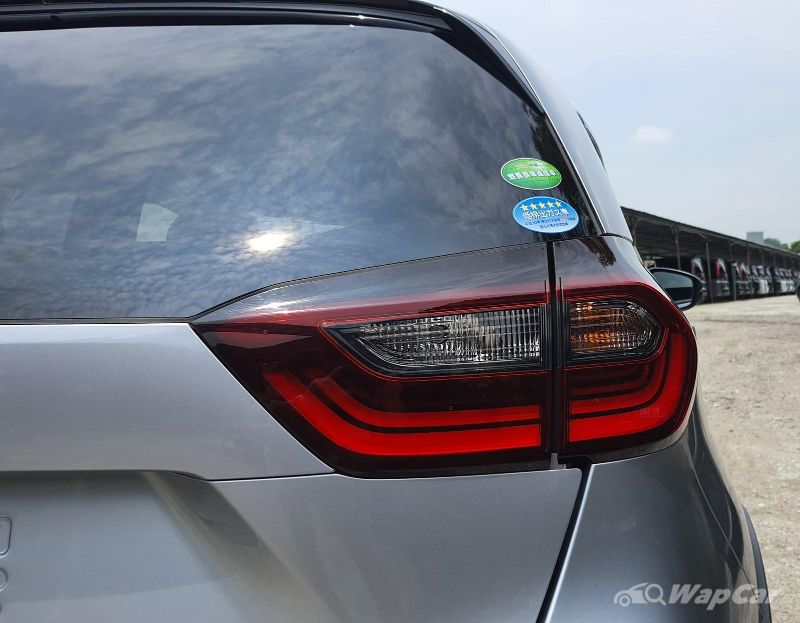 Unlike the Ness variant we covered yesterday, this Crosstar omits LED foglamps, but retains LED lights up front and back. Honda Sensing is standard, however. 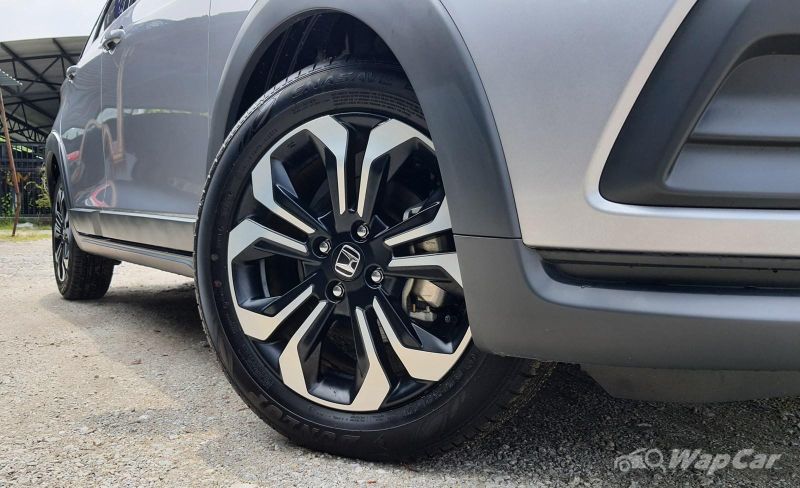 Variant-specific 16-inch wheels are fitted. This paint scheme is the two-tone coat of Surf Blue and black combo. 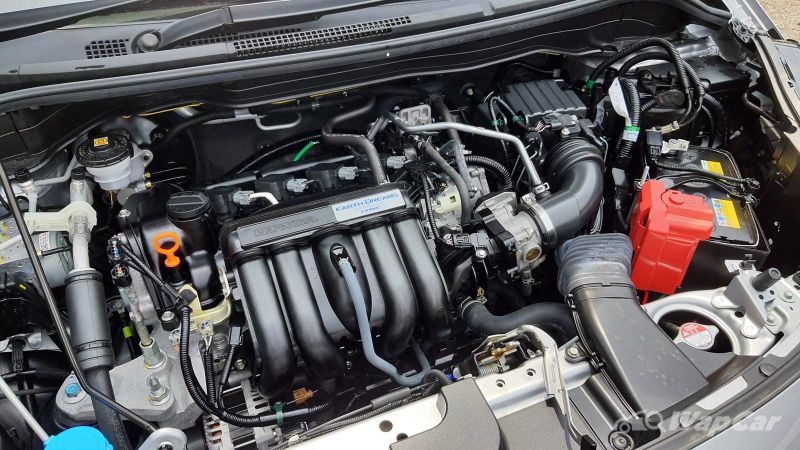 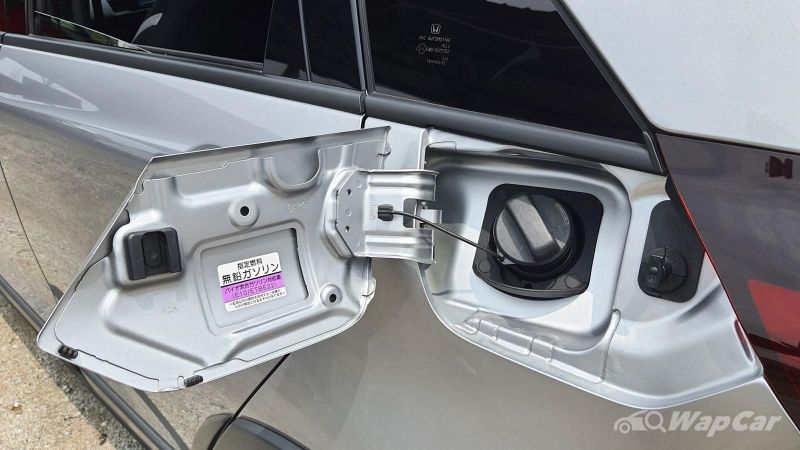 This particular unit is a front-wheel drive one, so not much in the way of exploring the jungles of Bentong. 4WD variants are available in Japan, so if you really want one, we bet recond dealers can help you out with that.

And much like its regular stablemate this was also a Red Dot Design Award Winner last year, taking home gongs in the Automotive Design category. What's that word again, "aesthetic?" Ah yes...

Less is more inside 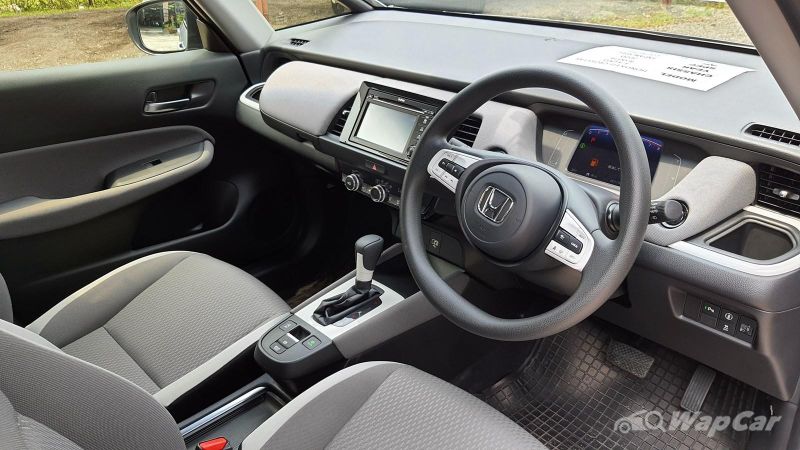 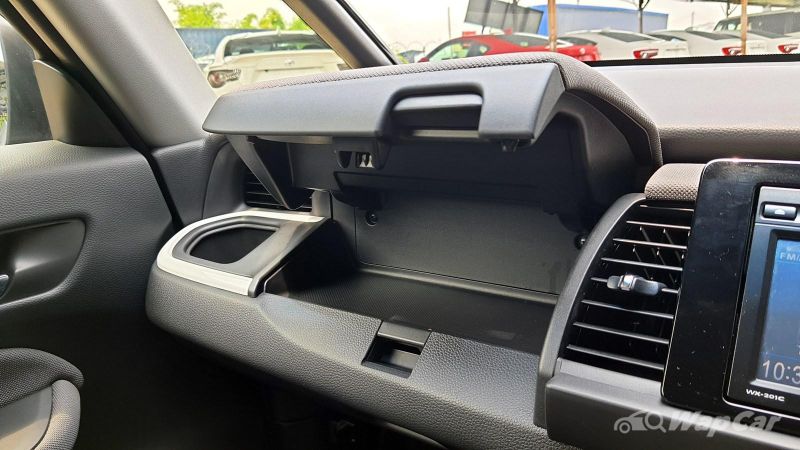 We like the Fit as it is, and this Crosstar largely keeps what we love. But this is slightly less qurkier, with a more conventional grey/white colour scheme inside. 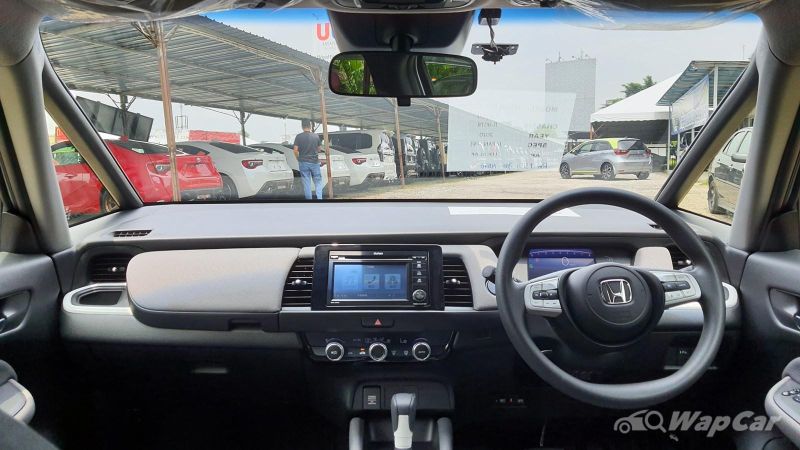 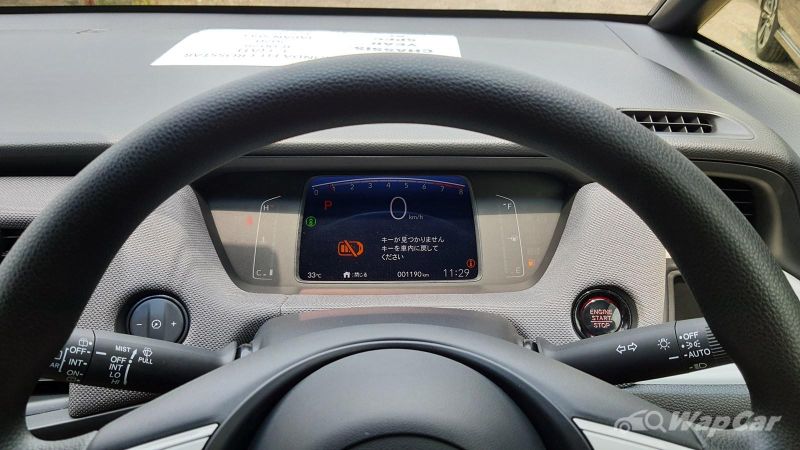 General dash layout is the same, we love the Ioniq 5-reminiscent twin-spoke tiller, and the simplistic fantastic digital instrument cluster. 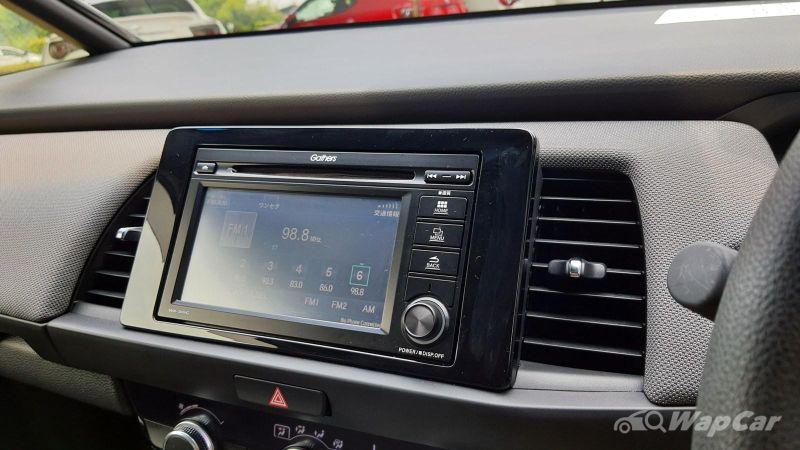 The headunit's a little basic – not the fancy fold-out system in the other Fit – and won't jive well with Malaysian radio frequencies. Prominent Motor says they can sort that out for you with a regular Android-based player, but protip: keep the Gathers' unit for yourself.

It can make you a quick buck on the second-hand market, but don't say we told you... 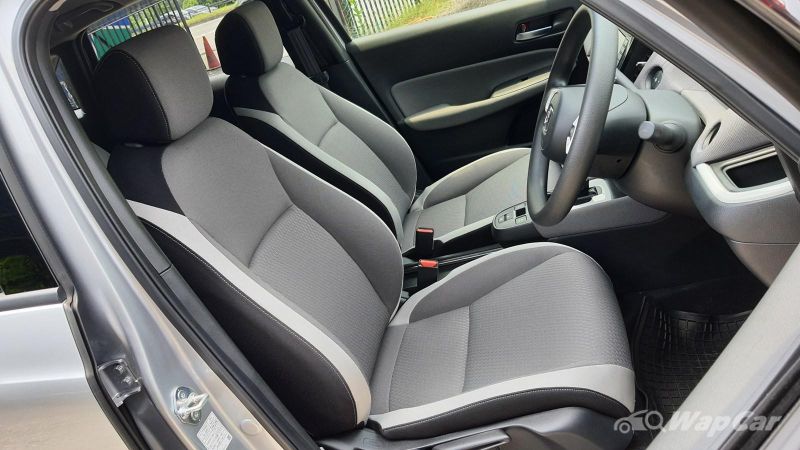 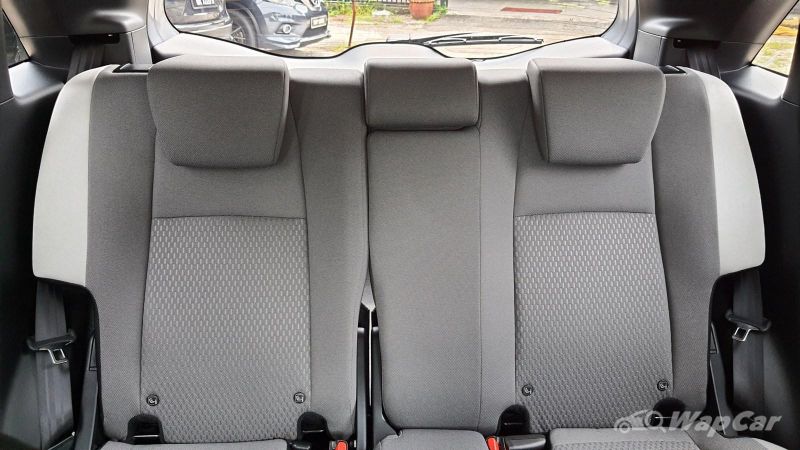 No leather seats mind, water-resistant fabric only, at least on this variant. 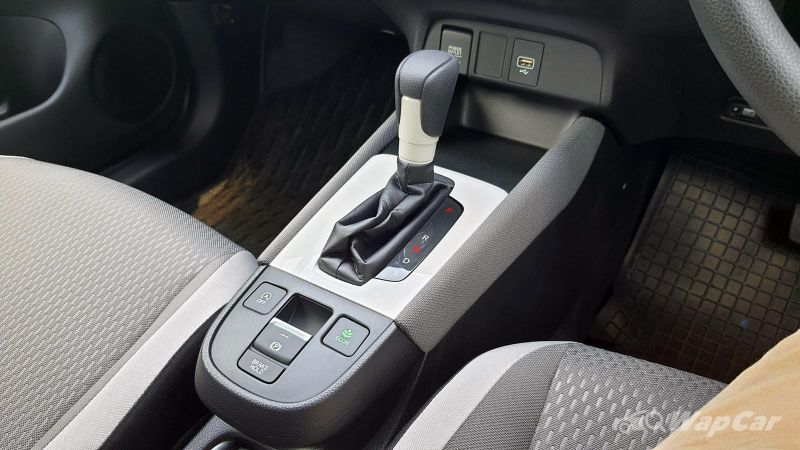 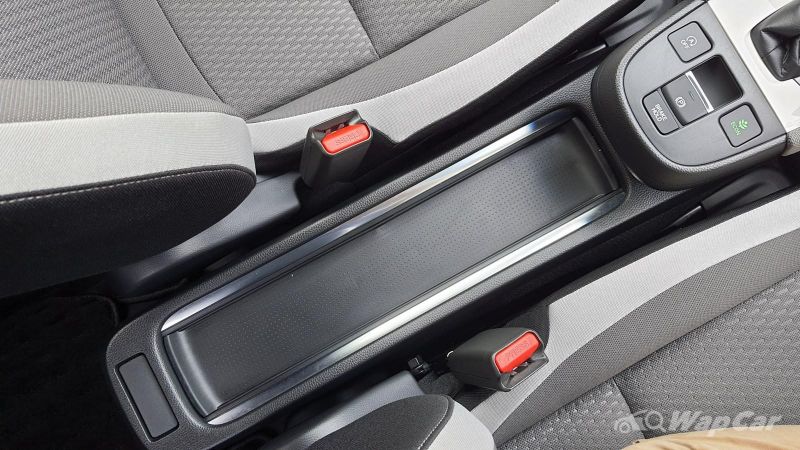 You'll also get manual seat adjustments, a single-zone air-cond (same panel as the City/HR-V/Civic) but no armrest nor storage cubby down the middle. It helps with the minimalist aesthetic, but it just feels a little empty. 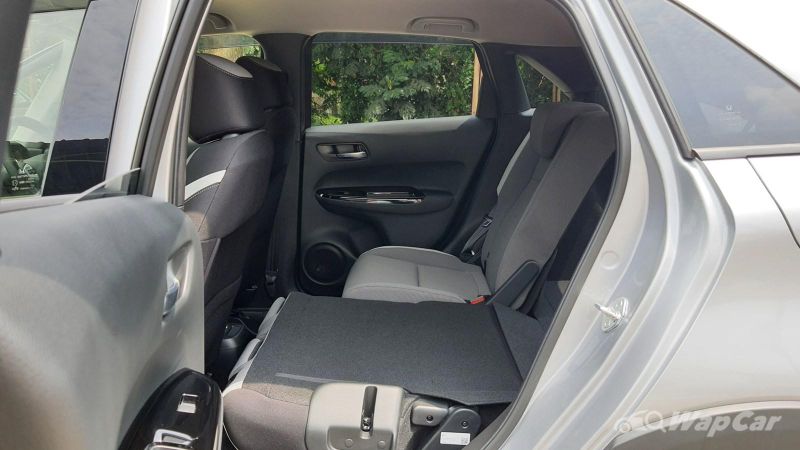 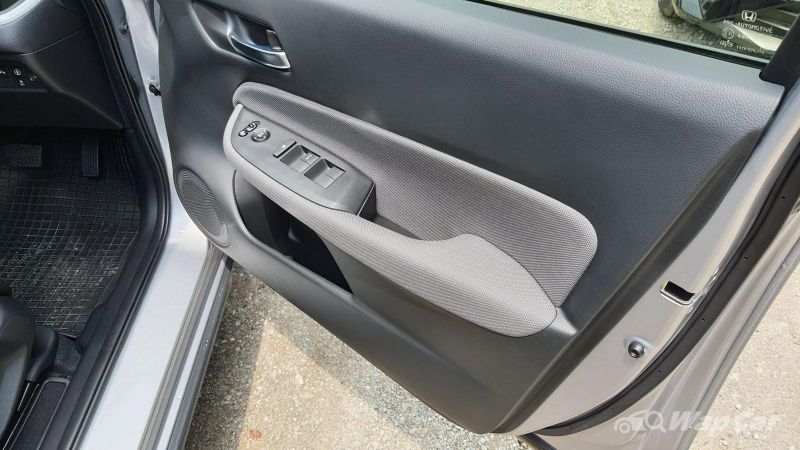 It's a crafty cabin that also has Honda's iconic Ultra Seats, so what it lacks in ferrying passengers it'll do good in carrying strangely shaped furniture. That's not saying it's cramped though, sitting at the back we'd reckon there's about two tennis balls' worth of legroom.

In a world where red R badges are continually social distancing away from the masses, we think it's the JDM city-car era now. Halo sports cars are one thing, but small city cars like these carry their own cachet too. Just look at the turbo'd City of yore and how they've appreciated.