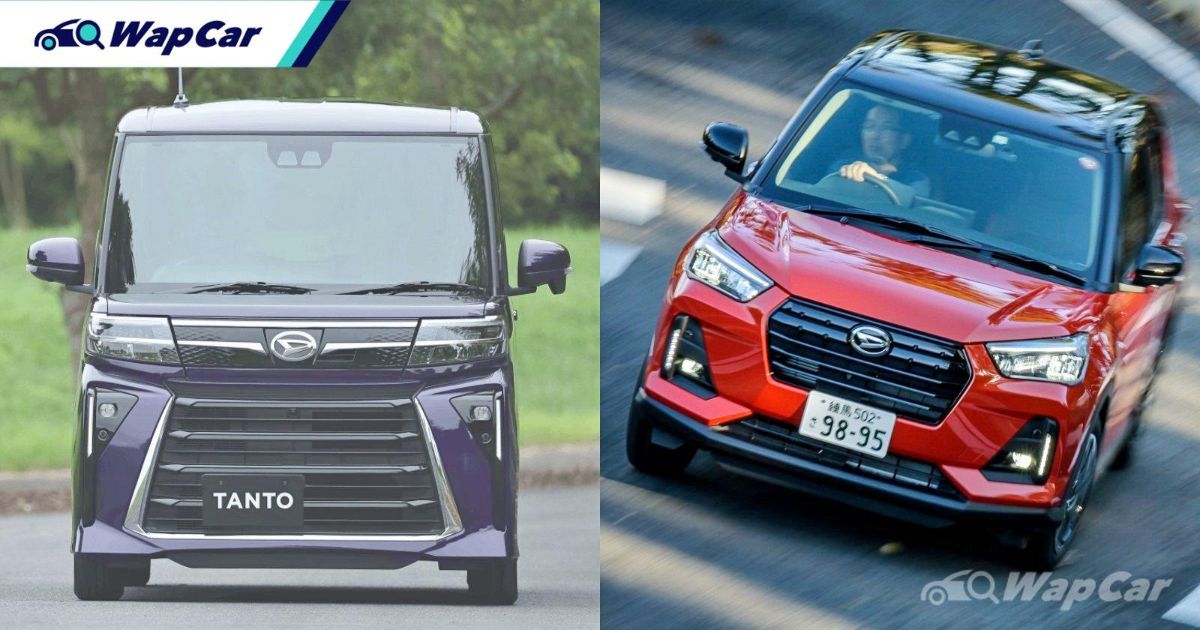 A total of 20,797 respondents who had owned their new car for at least 2 to 13 months were asked to answer 221 questions about their ownership experience.

Daihatsu is ranked first in the 2022 edition of J.D. Power’s annual IQS study, while Lexus leads in the luxury segment.

Four out of the 8 vehicle segments ranked were led by Daihatsu models, followed by Subaru. However, Subaru’s narrower product line-up also means that it didn’t have the benefit of having more models to pull its scores up.

As such, Honda took second place, followed by Suzuki. 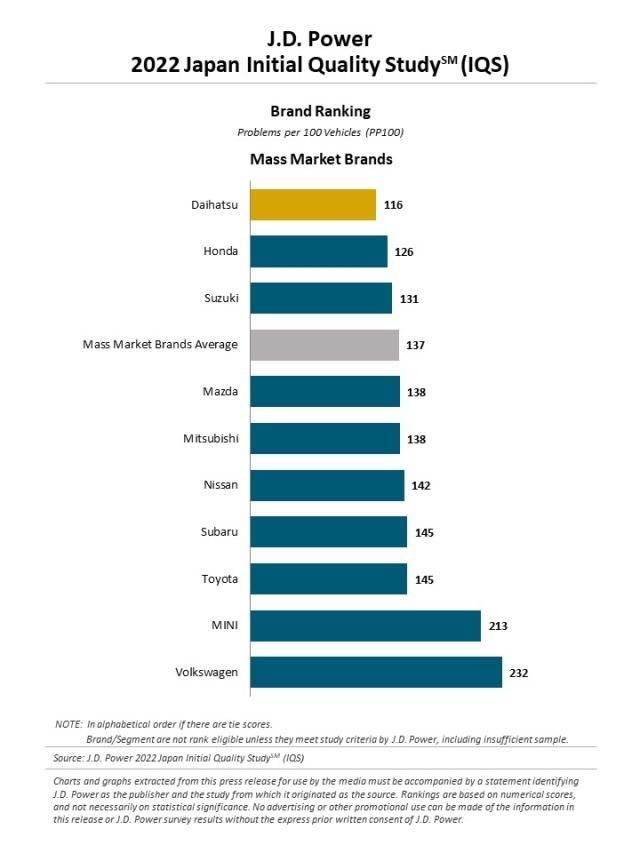 Of greater relevance to us is that the Subaru Forester is the highest ranked SUV model, ranking ahead of the Honda Vezel (Honda HR-V to us), while the Daihatsu Rocky (Perodua Ativa to us) leads the compact SUV segment. The Rocky’s sister-car the Toyota Raize isn’t too far behind, at third place.

The Honda StepWGN is also ranked ahead of the Toyota Alphard. 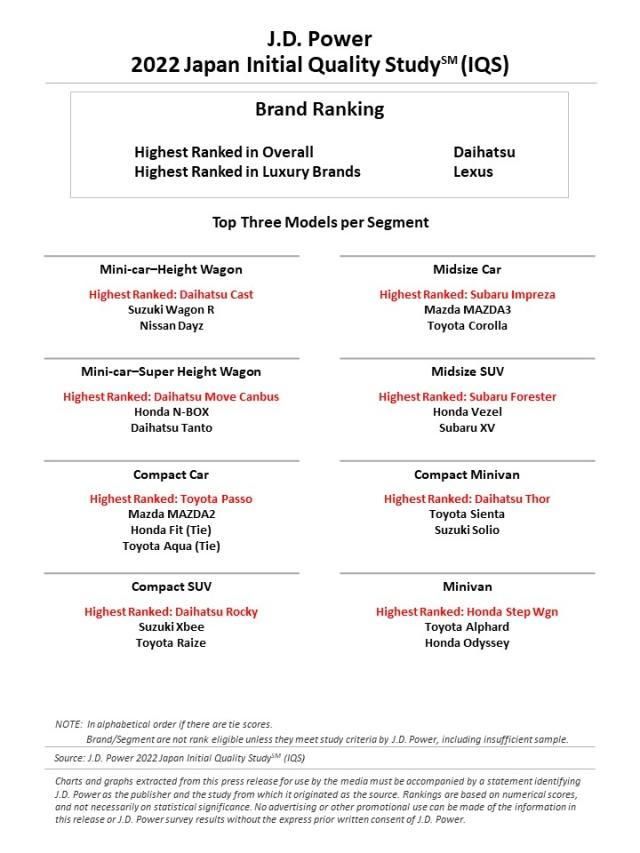 What does all this mean? Why is quality stalwart Toyota ranked so low?

This is where it becomes counter-intuitive. What J.D. Power considers as ‘quality’ issues, isn’t even related to quality at all, but merely subjective preference of users’ usage habits.

For example, infotainment-related issues are one of the biggest ‘quality’ issues reported by J.D. Power, but upon closer inspection, the complaints are related to menus and touch screen being difficult to use, or controls for automatic headlamps (now compulsory in Japan) being difficult to locate / turn off. 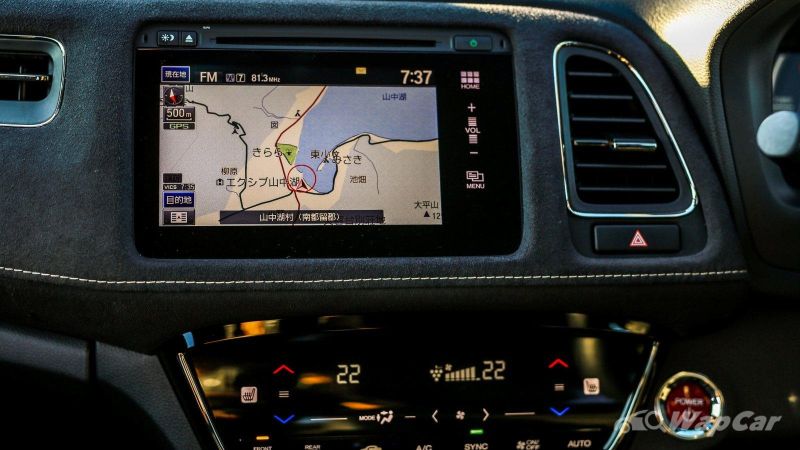 As explained in our earlier article, Japanese drivers actively dim their headlamps when they are stopped at a traffic light, and is facing pedestrians. The now-compulsory automatic headlamp means that on some models, it is no longer possible to dim the headlights when the transmission is in D.

Some headlights can only be dimmed if the transmission is in P or N, because this is how UNECE regulations governing operation of LED automatic headlamps above certain brightness threshold are worded. It is not a quality issue at all, but is regarded by J.D. Power as one.

J.D. Power also said users complain that they can’t fully turn off their headlamps, which is of course not possible on cars with daytime running lights!

Also read: Here’s why you can’t switch off the Auto headlamps function in your Honda

Ignore the difference between quality and intentional design, J.D. Power commented, “The responses to automatic headlights-on by manufacturers result in more problems in initial quality. Exterior light controls—difficult to understand/use or are poorly located has been more frequently cited in 2022 (1.6 PP100 vs. 1.3 PP100 in 2021). Related to this, timings of lighting-up and lighting-off are not right and lighting is not completely off are mentioned by owners. This suggests that the current automatic headlights-on features do not meet what users expect. Manufacturers need to not only improve the feature itself but also to give customers a thorough explanation about the specification of this feature during the sales negotiations.”

“Among the 221 problem areas, the most problematic area continues to be lane departure warning/lane keeping assistance—alerts are annoying or bothersome from last year. The quality of this problem area has slightly improved in 2022 to 5.6 PP100 from 6.3 PP100 in 2021, however, many owners still indicate problems with these features.”

Again, this is not a quality issue. A quality issue is when a function or feature no longer works the way it is intended. If the menus operating the car’s infotainment is difficult to use or if the driver finds disabling the lane keep assist unnecessarily complicated, that’s a user interface design issue, not a quality issue, because the feature is still working exactly according to its design specifications.

Another problem with J.D. Power’s study is the duration of ownership – starting from as low as 2 months, that’s just too early for users to report any meaningful quality issues, and it’s also why many of the owners surveyed are reporting many design-related issues (instead of real quality-related issues), because they are still not familiar with the vehicle’s operations and behaviour. 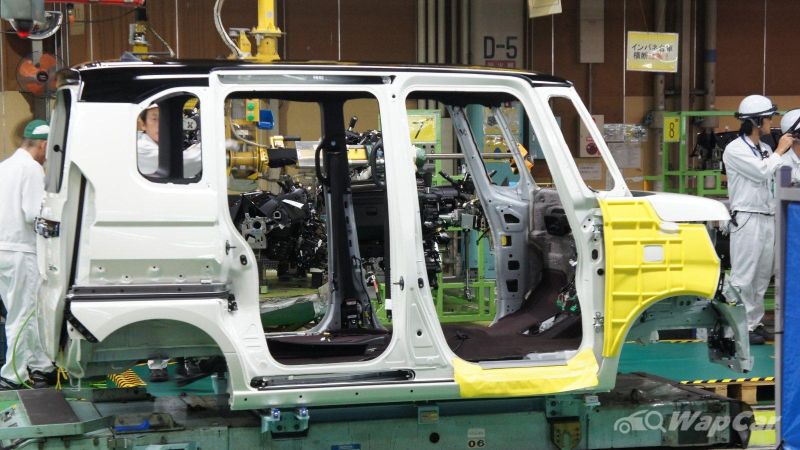 These are reasons why few manufacturers now pay attention to J.D. Power IQS studies anymore. To get a detailed report, manufacturers must pay huge sum to get the data and once they do, they find that there’s nothing useful inside for them to learn because the survey makes no distinction between genuine quality-related issues and mismatch between user behaviour vs vehicle design.

Also, cars these days are very well made. The difference in quality between a No.1 ranked Daihatsu ranking brand versus No.5 Mitsubishi is 0.12 per car – it’s too insignificant.

But the biggest problem with J.D. Power, and why many manufacturers are waving J.D. Power away saying “Whatever”, is this – the market research agency makes zero effort to rank problems by their severity. An annoying lane keep assist beep is treated the same manner as a total engine or transmission failure. 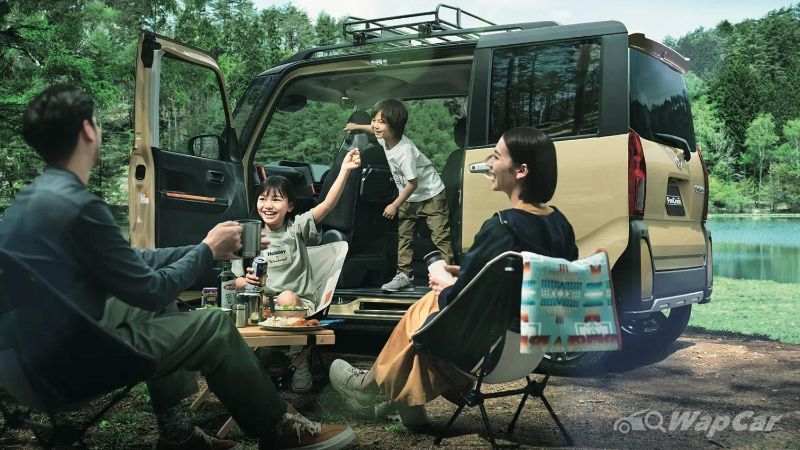 Still, the takeaway is that Japanese buyers are most satisfied with their Daihatsu, semantics aside. The company is living up to its "Light you up" tagline in Japan.