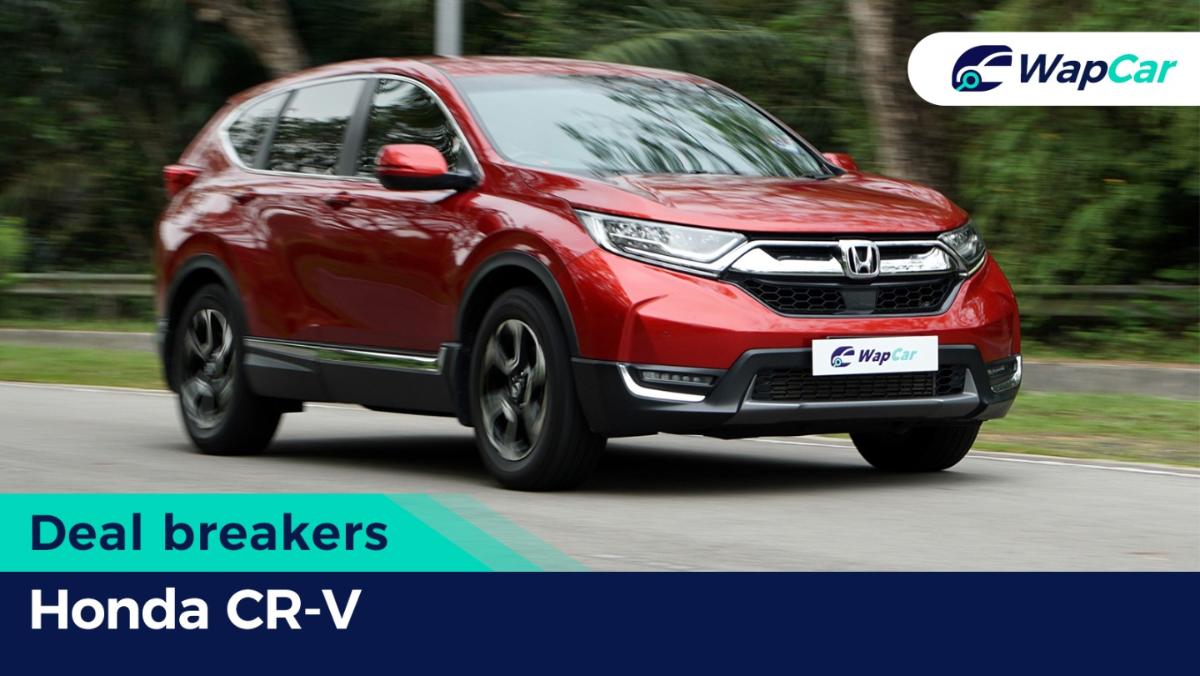 As a family SUV, the Honda CR-V is hard to beat. Yes it’s not as cheap as the Proton X70, and it doesn’t feel as expensive inside as the Mazda CX-5 but as an overall package, as a car that you will drive daily and maintain for the next 5 years or more, the Honda CR-V still ranks at the top. 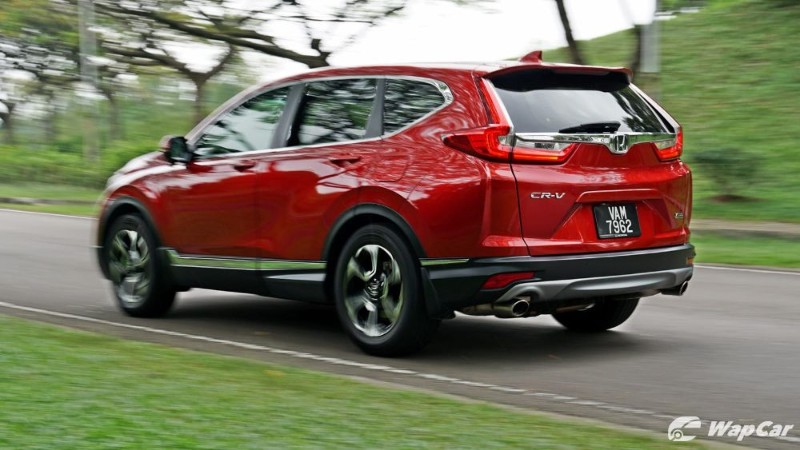 The practicality of the Honda CR-V’s cabin trumps everyone else. Shoulder and legroom is class leading. Its hip point and ride height also makes it the easiest to get in and out off. 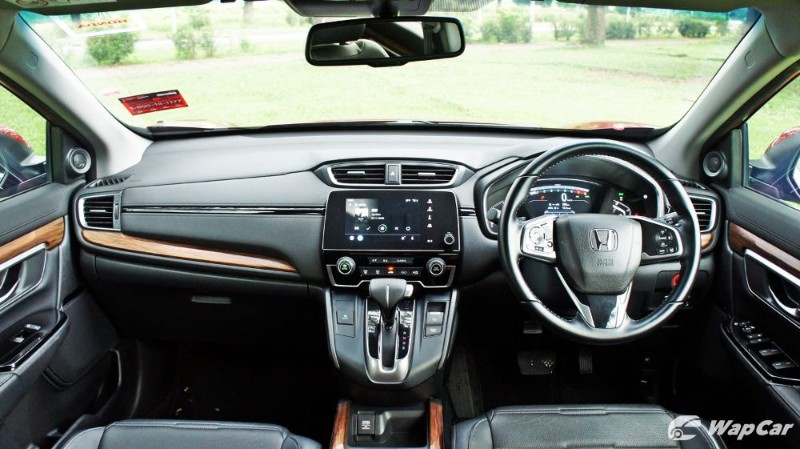 There are a multitude of storage bins and the CR-V’s centre console box is still the biggest in its class, big enough to swallow a medium size handbag. Its boot is also the lowest and has the widest aperture, so loading/unloading is easy. 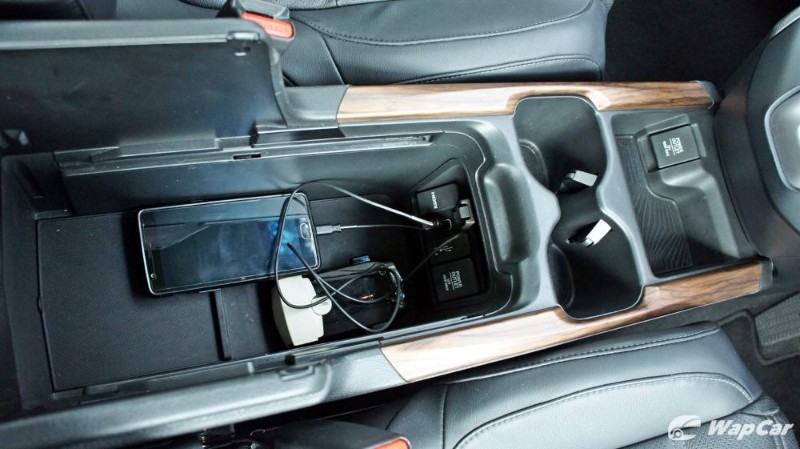 Controls and user interface are also the most user friendly of the trio. In fact, we would go on to say the Honda CR-V’s Android Auto/Apple CarPlay integration is one of the best we’ve seen, as turn-by-turn navigational information is replicated on the instrument panel, along with a distance-to-next turn visual indicator bar. 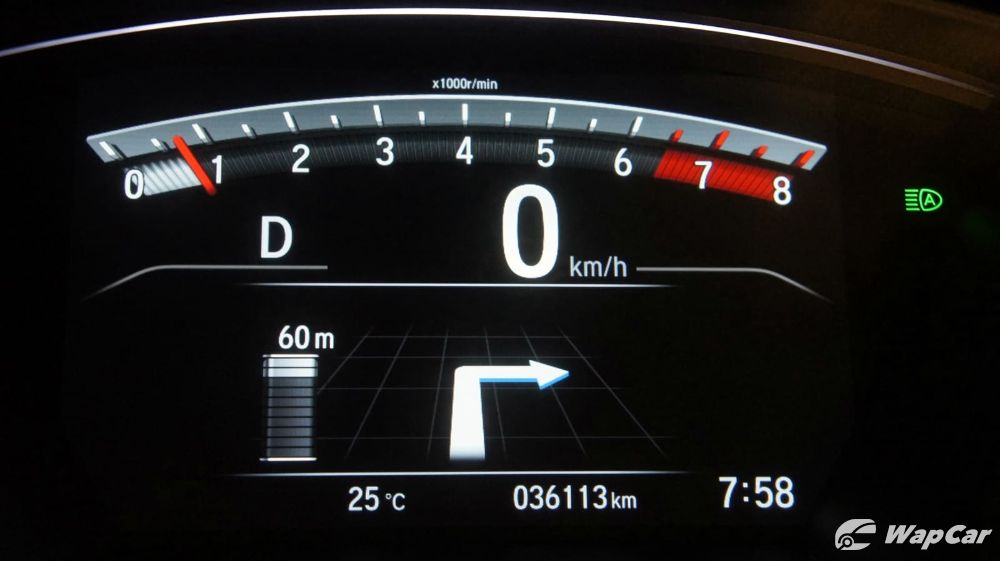 With Google Assistant voice command, we will take the CR-V’s infotainment over the Proton X70’s GKUI anytime. We still can’t over the fact that Proton is so stubborn with introducing Android Auto/Apple CarPlay. 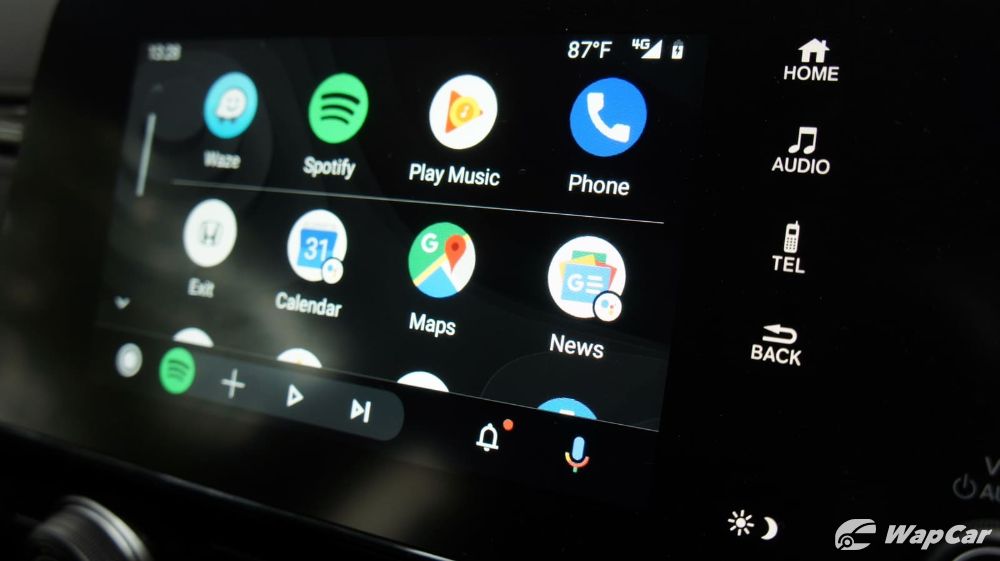 Its Honda Sensing suite of ADAS features is also more comprehensive than the Mazda CX-5, which lacks adaptive cruise control, and the Proton X70, which lacks lane keeping assist (it only has lane departure warning). 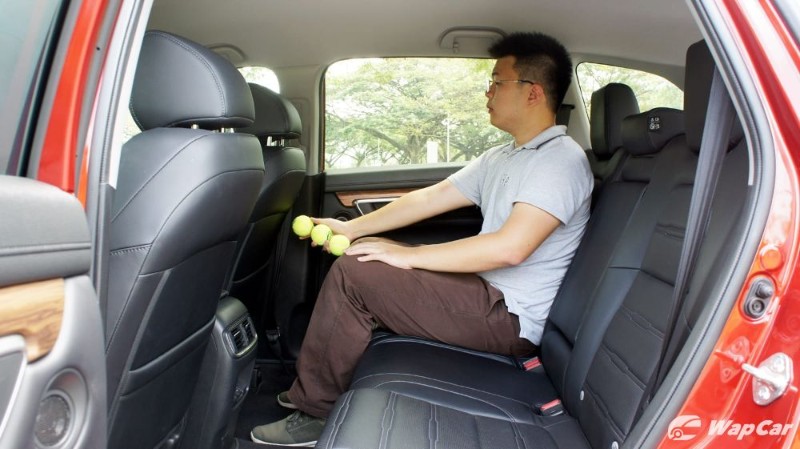 Where the Honda CR-V disappoints however, is its (lack of) cabin quietness. This is one area where the Proton X70 trumps. While the heavy Proton X70 guzzles fuel, it’s very quiet at highway speeds. The Mazda CX-5 is also just as good, but the Honda CR-V is noticeably noisier, more than what’s acceptable for a car in this price range. 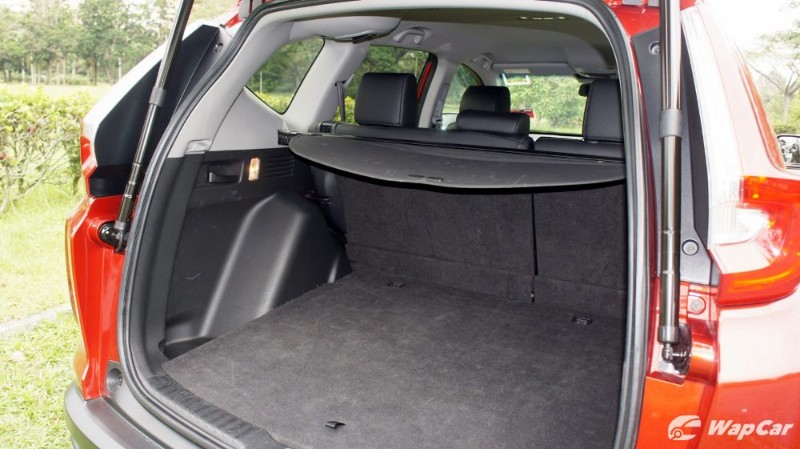 Despite its price, the Honda CR-V’s cabin isn’t that much quieter than a Honda City. At 110 km/h we measured the CR-V’s cabin’s noise level at 70 dB, versus the Proton X70 (CBU version)’s 67 dB, both done at the same stretch of road.

The noisy cabin plus the CR-V’s rather average body support seats and wallowy suspension don’t make for a very comfortable highway cruiser. 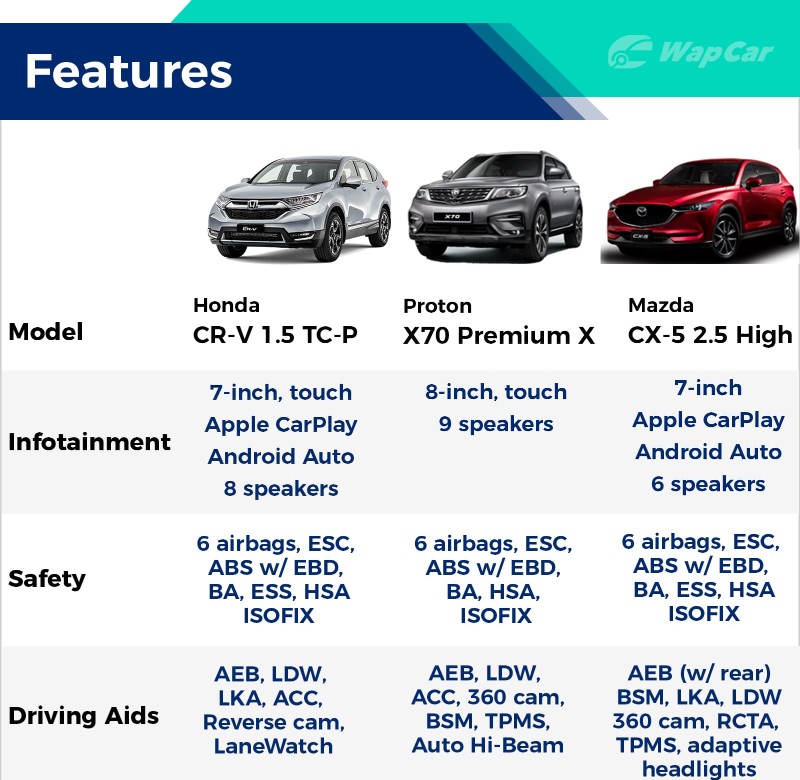 Which is a shame because the CR-V is the most fuel efficient in its class. Combine that with its class-leading cabin practicality and spaciousness, it’s would’ve been an ideal balik kampung family car.

There’s no perfect car. Buyers have to ask themselves what’s their priority. 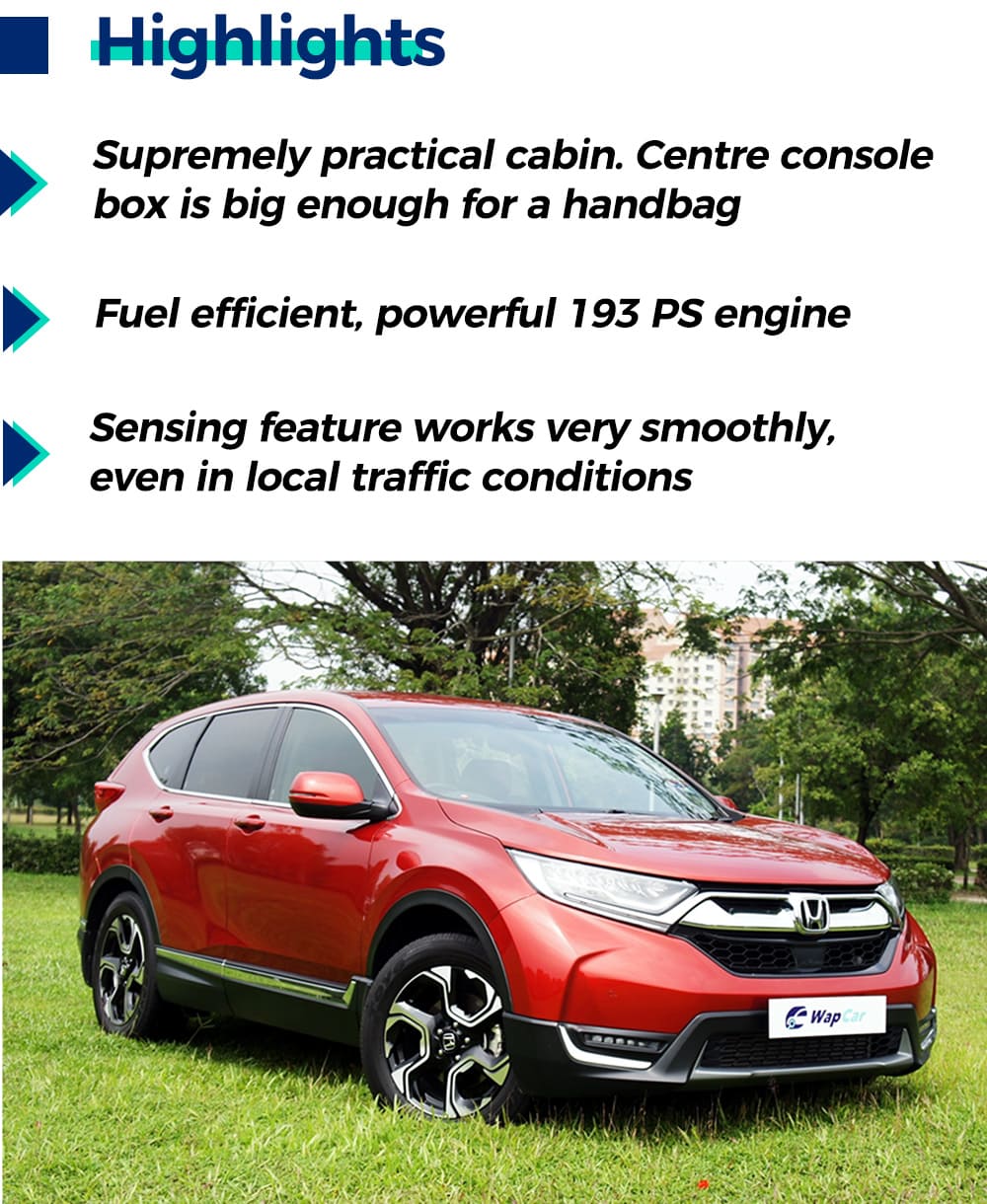 In short, buy the Honda CR-V for its practicality, good fuel economy and low running cost (cheaper to maintain than Proton X70), but not for its cabin refinement.

However, if you are shopping on a tight budget, there’s no need to look any further than the Proton X70. Whatever shortcomings the Proton X70 has, it’s totally acceptable once you realize that it’s nearly RM 50k cheaper than a Honda CR-V.

The Mazda CX-5 is for those who appreciate good handling and premium looking interior, and don’t mind the smaller, less practical cabin.

A more detailed review of the Honda CR-V can be found here.