Home > News > Despite the uncertainties, Honda continues to pour money into Malaysia, but why?

Despite the uncertainties, Honda continues to pour money into Malaysia, but why? 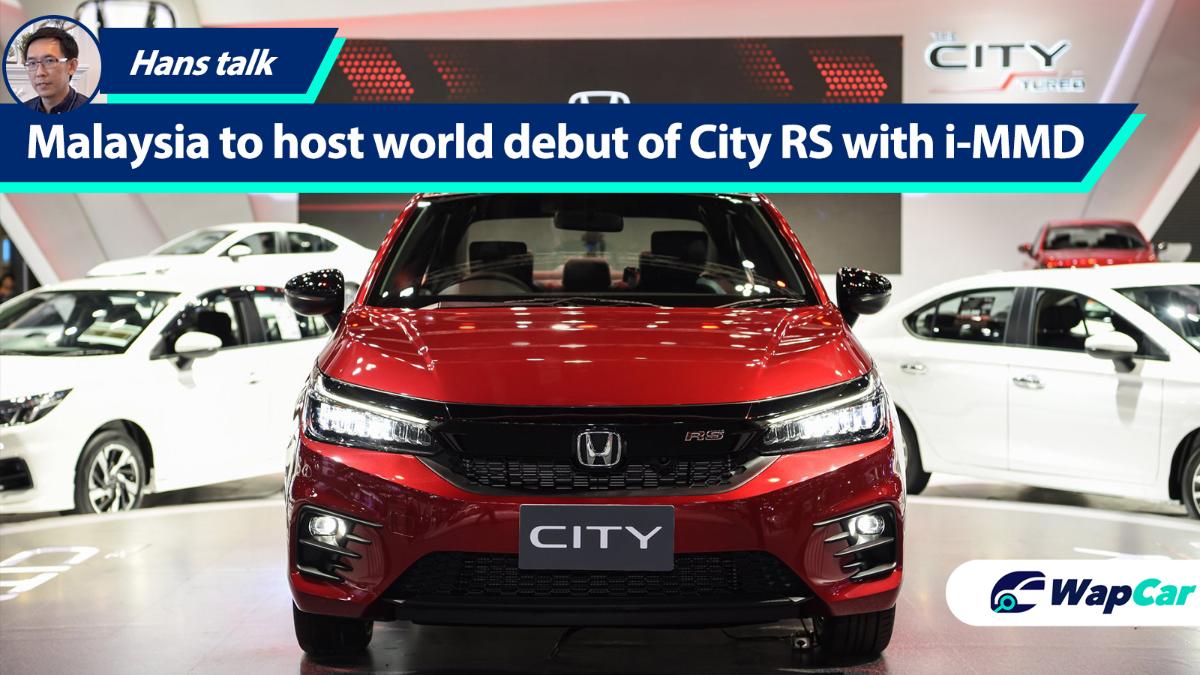 In the next month or two, Honda will host yet another world premiere in Malaysia – the global launch of the all-new GN series Honda City Hybrid, now re-designated as the Honda City RS.

When the fifth generation Honda City made its world debut in Thailand last year, it was powered by a 1.0-litre three-cylinder VTEC Turbo engine. The one that Malaysia will be launching soon will be the world’s first Honda City powered by an i-MMD hybrid engine. 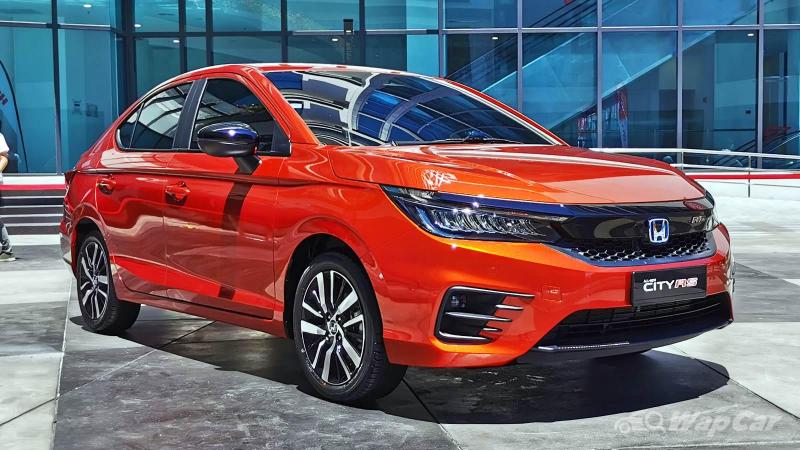 This engine is currently only available in Japan, in the Fit (Jazz), launched only February this year. In contrast, the 1.0-litre three-cylinder turbocharged unit used in Thailand’s City, has been around since 2015 (in the Civic), hardly considered a new engine.

We’ve even reviewed the powertrain in 2015. Apart from getting the latest engine, the Malaysian specs, locally-assembled Honda City RS also gets features not available in other countries.

Thailand for example, makes do with rear drum brakes while we get discs. We are also the only ones to get Honda Sensing (to be confirmed if it's full suite or limited only to AEB), LaneWatch and Electric Parking Brake.

You may or may not like the Honda City RS, or the Torque Matters ad, but you can’t accuse Honda Malaysia is giving old-tech or poor specifications to Malaysians. As you will see in the later part of this post, Honda has a long history of reserving the best stuff for Malaysia.

Malaysians are accustomed to being sidelined when it comes to new model/tech introduction.

Our 600,000 plus cars per year market - half of it controlled by Proton and Perodua, with unnecessary complicated pricing structures (excise tax rebates are evaluated case by case) - give little reason for manufacturers to prioritize Malaysia when Thailand and Indonesia offer far more lucrative returns with less bureaucracy. 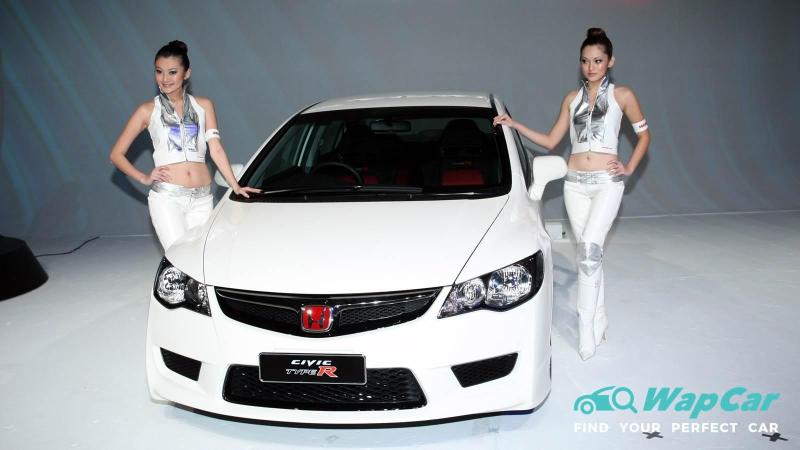 Honda’s relationship with Malaysia is a bit like a one-sided love story. In August 2007, Malaysia became the first and only country outside of Japan to sell the FD2 Honda Civic Type R – an honour that not even bigger markets for Honda’s Type R models like the USA or UK enjoy. 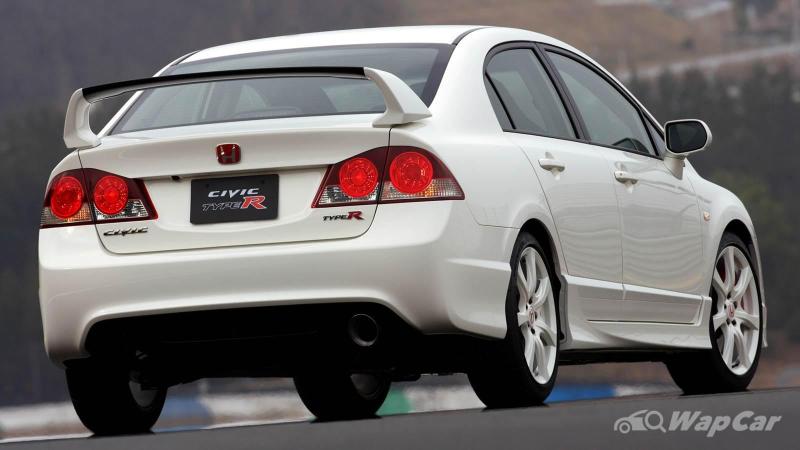 A total of 420 units of the FD2 Civic Type R found their way into Malaysia via the official Honda Malaysia channel. Until today, unmodified examples of these cars are still highly coveted. 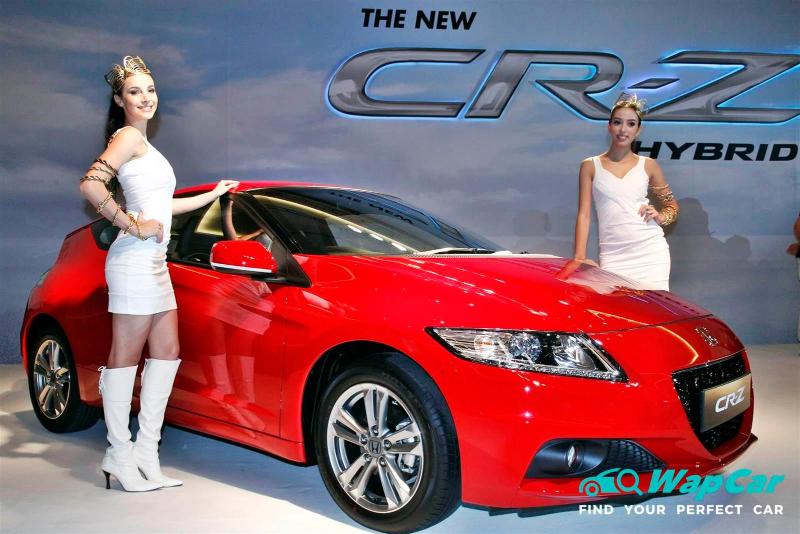 In 2011, Malaysia became the first country in the region to launch the Honda CR-Z. It also became the most affordable two-door car here, thanks to the then available tax exemption for fully-imported hybrids. 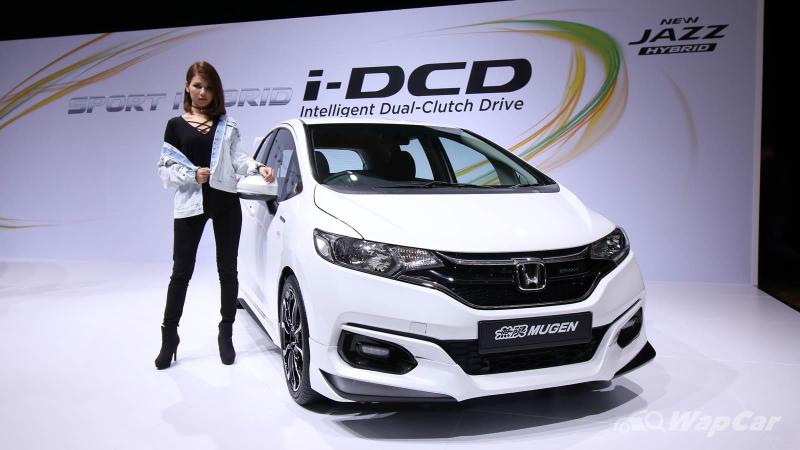 In May 2017, Malaysia would once again host another world debut - the facelifted GP5 Honda Jazz Hybrid, two months earlier than Japan. This was soon followed by the GM7 Honda City Hybrid in July 2017, and HR-V Hybrid in February 2019. Until today, Malaysia remains the only country outside of Japan to get these three Honda hybrid models.

Malaysia was also the first country in the region to get Honda Sensing, which was introduced in the Honda CR-V in July 2017. Malaysia’s CR-V with its Sensing plus 1.5-litre VTEC Turbo combo is also the only one of its kind in the region.

Thailand’s CR-V only gets the old 2.4-litre naturally aspirated engine and a 1.6-litre turbodiesel, but they have a 5+2 seater option, which frankly, is not what you want because the third row is too tight to be of any use.

Who said car companies often dump their old wares to Malaysia? Might be true for other brands, but not Honda.

Apart from offering the latest products here, what many don’t know is that Malaysia’s only Global NCAP-recognized crash-test facility was setup with the assistance of Honda. Not Honda Malaysia, but Honda Motor Corporation. For free.

So while Honda didn’t publically announce that it had sent a group of engineers to Malaysia at its own cost to help setup our first crash test facility, Honda’s name is painted on the PC3 crash lab’s roof.

The messy Takata airbag recall has also opened the eyes of Malaysians on the need to have a robust recall monitoring system. Honda took a lot of heat from the recall incident, but it also assisted JPJ in establishing the most basic VIN-based recall record system.

Whether it will progress beyond just a record system is up to the government. Perodua for example, sees no problem in skipping public announcements, hoping that letters will arrive to the intended owners, and that their addresses are updated.

Despite all the goodwill, the last two years have been especially trying for Honda Malaysia. The (nearly full) excise tax-exempted Proton X70 have created a grossly unfair competition to its HR-V and CR-V, rewinding the clock back to the ‘90s, to Malaysia’s heydays of protectionism.

Earlier this year, the previous PH government reinterpreted the terms and conditions of Energy Efficient Vehicles incentive, which had already been approved and agreed upon by the previous BN government mind you, resulting in an increase in prices of the CR-V by over RM 12k. Other models like the City and Jazz saw prices going up by about RM 5k.

Supply of the outgoing Honda City Hybrid and Jazz Hybrid were also temporarily disrupted as the company became the subject of an audit by the Ministry of Finance, by the then Finance Minister Lim Guan Eng. 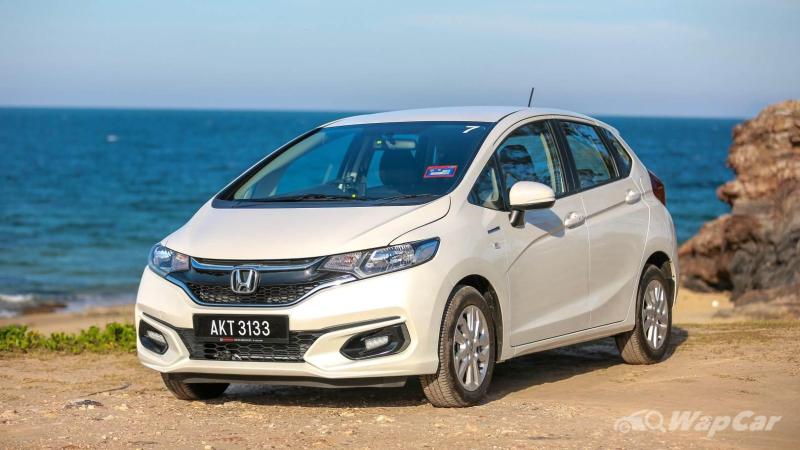 This comes after an earlier announcement on changes to Open Market Value (OMV) calculations, which once again was due to reinterpretation of existing regulations.

The new calculation, announced by the previous PH government, is supposed to kick-in on 1-January 2021. The current Perikatan Nasional government has yet to make any announcement on the matter. The ambiguity is not helping matters.

Then there is also the third national car. Who is DreamEdge and what hell is an anchor company? Is it still happening?

Some say yes, but Khairy Jamaluddin. Minister of Science, Technology And Innovation (MOSTI) has said that since taking his position in March 2020, there has not been any discussion in the cabinet (not just his ministry) regarding the third national car project, which was mooted by the previous PH government.

The fourth National Automotive Plan (NAP) packs a lot of buzzwords but offers little clarity to be of any use for future planning.

With all these uncertainties, it is not surprising several big name manufacturers have decided to bypass Malaysia and put their money elsewhere for hybrid/electric vehicle projects.

This is ironic because Malaysia was a pioneer in drafting policies that promoted electrified vehicles, be it battery electric vehicles (BEVs) or hybrids. 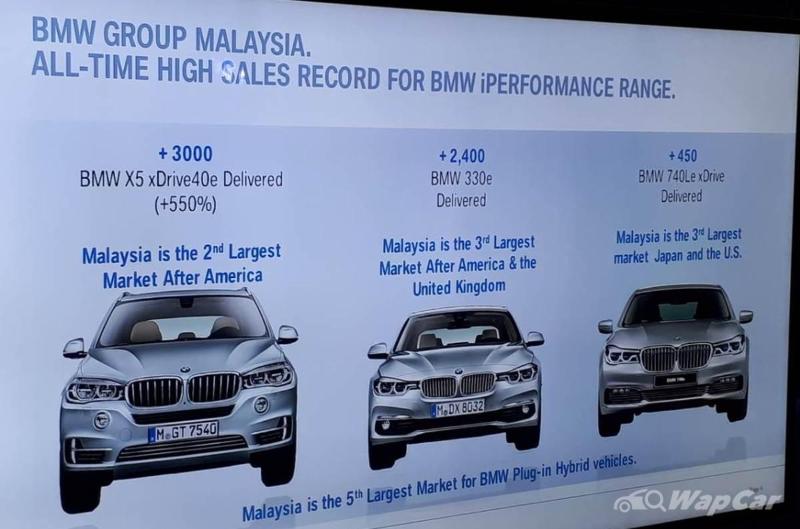 Apart from our history as the world’s launch pad for Honda hybrid models, we were also among BMW’s top-5 countries in the world in terms of market share of plug-in hybrids. We were also the first country outside of Germany to produce the Mercedes-Benz S400h, and first outside of Sweden to produce the Volvo XC 90 T8.

Mercedes-Benz no longer makes any electrified models in Malaysia but has spent over RM 450 million to upgrade its Thailand plant to produce electric and plug-in hybrid models, including a battery plant – one of six in the world for Daimler.

BMW Malaysia still makes the 530e, X5 45e, and 740Le here in Kulim and there are plans for the G20 generation 330e, but the big investments have gone to Thailand, where BMW has a RM 70 million battery plant there. 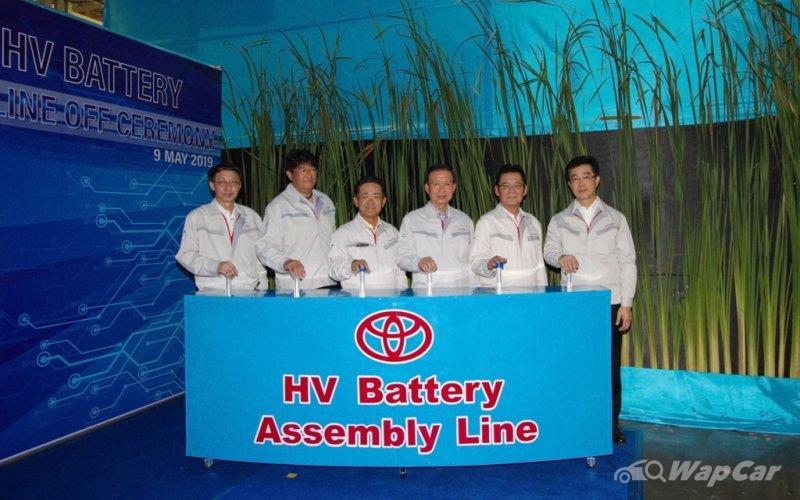 Toyota poured RM 2.7 billion into a battery plant in Thailand, which also includes a battery recycling facility – the first of its kind outside of Japan.

Recently, Hyundai announced an electric vehicle manufacturing plant in, of all places, Singapore. This comes after RM 11.7 billion investment build a plant in Indonesia.

Against all these developments, it’s surprising to know that Honda’s stance with Malaysia remains unchanged. But perhaps it’s also because the decision has been made years earlier and it’s too late to undo it.

Apart from Honda, we understand that Toyota too will be introducing the Corolla Cross Hybrid next year. But again, it’s also a case of decisions that have been made years earlier.

The new PN government needs to clarify these points:

1. EEV incentives – when will it expire, what are the terms? It needs to be clearly spelled out, not discussed behind closed doors and open to re-interpretation when there is a change in government.

4. Third national car – Why is it called a national car if it’s privately funded? Is it or is it not happening? If it’s still happening, how is the remaining competitive space for foreign investment look like?

5. Fuel policy road map – When will we move Euro 5 and Euro 6 standards, and how will pricing mechanism change? If we continue on this path, many engines will no longer be compatible with our local fuels.

The door is not closed on us yet. The new PN government is still able to address the shortcomings of the past administration but like all one-sided love stories, at some point Honda will have to admit that they are being friend-zoned, and will need to move on.