Did Geely’s first-ever car predicted the company’s partnership with Mercedes-Benz? 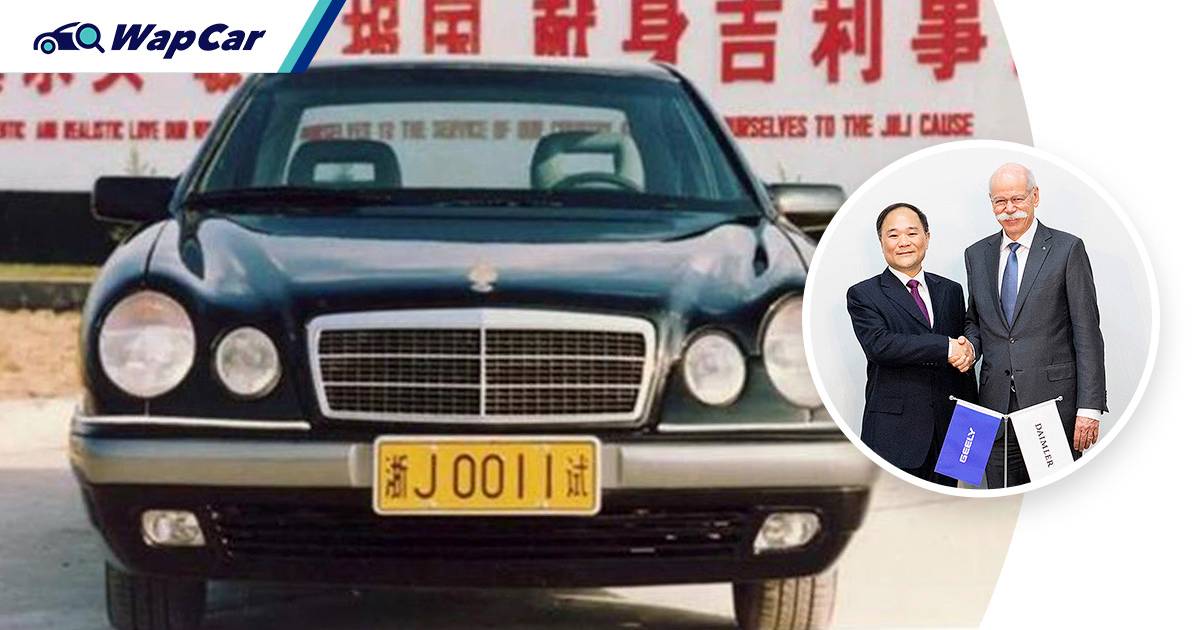 The success of Geely comes from a tale of hardship and perseverance. The group itself is the proud owner of various brands including Volvo, Lotus, and of course, our very own Proton and its own models are some of the prettiest on sale in China. 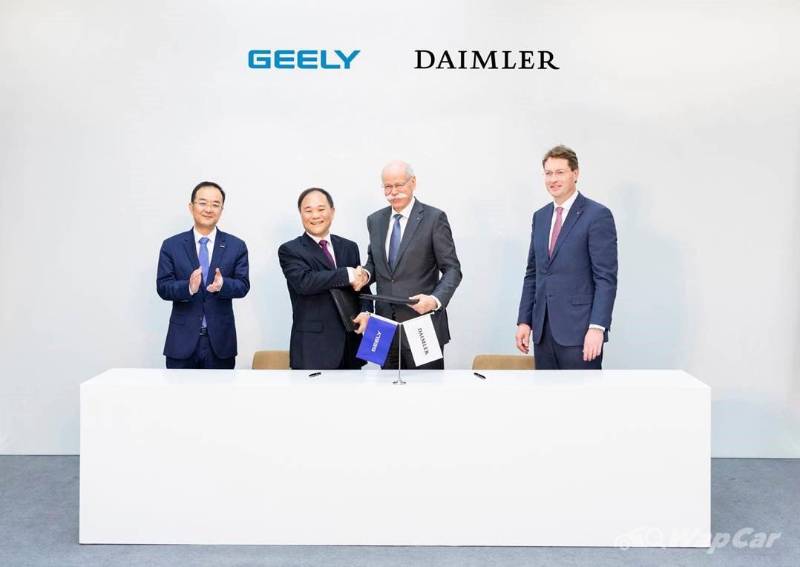 Geely also owns a stake in Daimler AG, the parent company of Mercedes-Benz. That 9.69% stake might not sound like much but it made Geely the German automaker’s biggest shareholder when the partnership was forged in 2018. 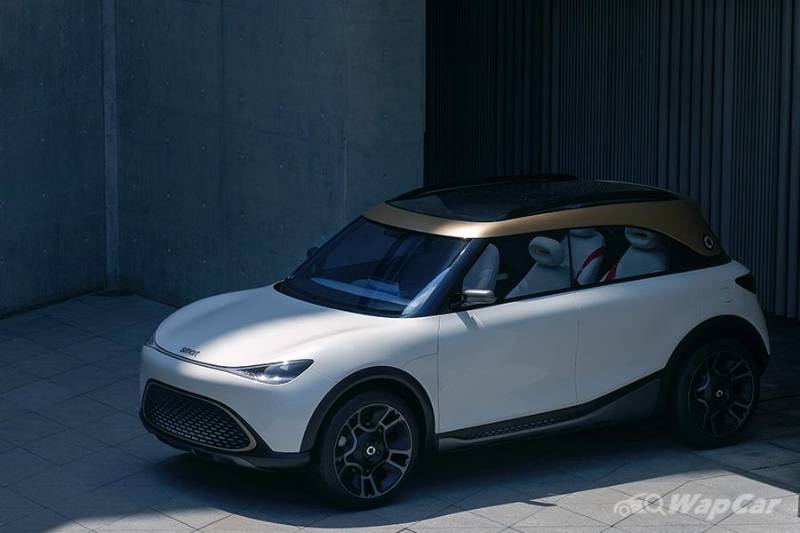 Through this joint-partnership, Geely and Mercedes-Benz will forge new grounds starting with the rebirth of the Smart brand by introducing the company’s first SUV concept, the Smart Concept #1 as well as making engines for the next-gen Mercedes-Benz A-Class.

Also read: Geely to make engines for the next generation Mercedes-Benz A-Class 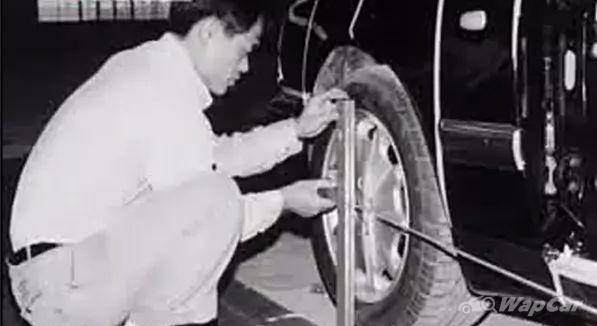 As successful as Geely has turned out to be, when the brand first started making cars, company founder, Li Shufu had a dream that sounded absolutely far-fetched at the time. He wanted to make a “Chinese Mercedes”.

From making appliances to cars

Before Geely began producing Daihatsu Charade copies with a Mercedes grille, it made electrical appliances. But even before that, Li operated his very own camera store. He saw a money-making opportunity in photography and operated a mobile camera store in his village. A few years later he netted his first million renminbi (RMB) in profits.

Soon, Li saw another opportunity in making refrigerator parts in 1984, a business that saw him taking in RMB 400-500 million in profits. Then in 1987, the company would venture into making its own refrigerators under the Arctic brand. 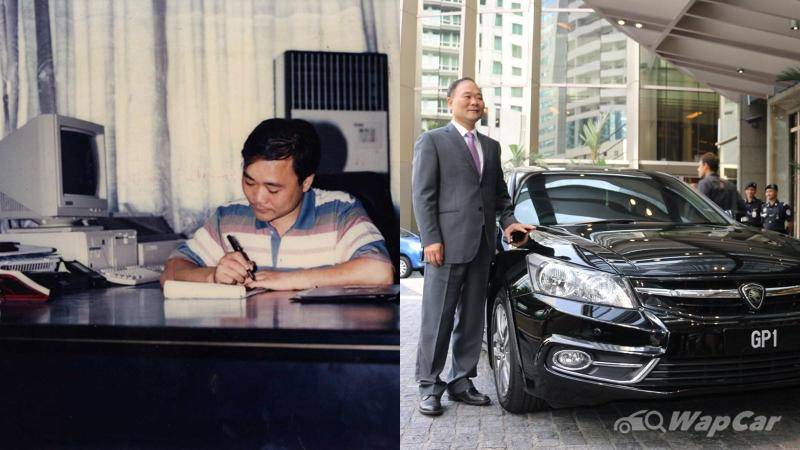 Unfortunately, that lasted until 1989 when the company wasn’t given a production license by the Chinese Central Government to make fridges. For the time being, Li‘s company began making aluminium magnesium decoration boards.

The idea to produce cars came about in 1993 as middle-class Chinese began to grow along with the dream of better mobility. However, as Geely is a private company, it would be difficult to convince the government which placed huge restrictions and controlled many industries including automotive. 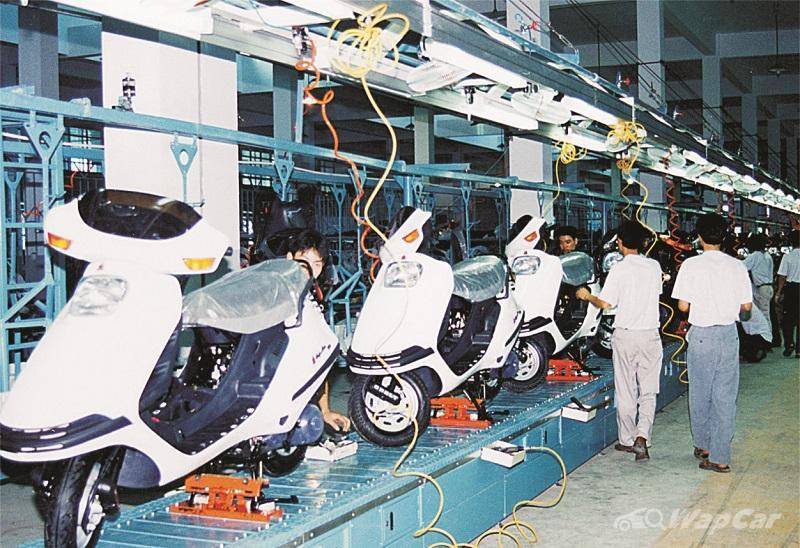 Geely would then produce scooters and motorcycles as the production license wasn’t as challenging. Despite some success with two-wheelers, Li was still adamant on his vision for Geely to produce cars.

Li’s pride and joy, at first 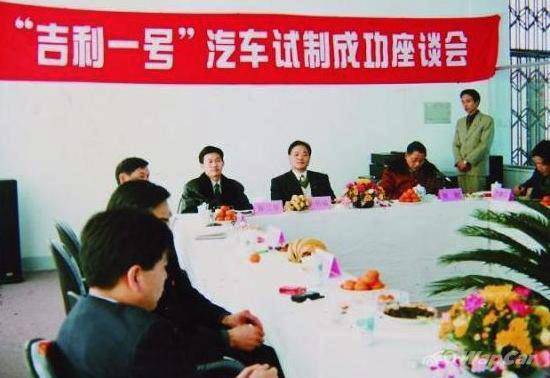 In 1996, Li’s dream of making a Chinese Mercedes turned into a reality even though Geely didn’t have the proper permit for car production. However, since this was going to be a single prototype, the Chinese government simply allowed it.

Also read: In 2006 Geely wanted to invest RM 100m in Malaysia, who rejected it to protect Proton and Perodua

In an interview with China’s CCTV in 2009, Li said he was frustrated about China not having a homegrown luxury carmaker like Cadillac or Mercedes-Benz. He wanted to prove to the world that a Chinese company, particularly his, was able to produce a luxury car.

Being a particular newbie in car manufacturing and to save costs, Li and his team found a donor car in the form of a Hongqi CA7200 which was a licensed rebadge of the Audi 100.

Back in the 1990s, Hongqi wasn’t quite as high-class as today. Aside from rebadging old Audis, it was also rebadging the Lincoln Town Car (Hongqi CA7460) and was famous for parade vehicles used by high-ranking members of the Chinese Communist Party. 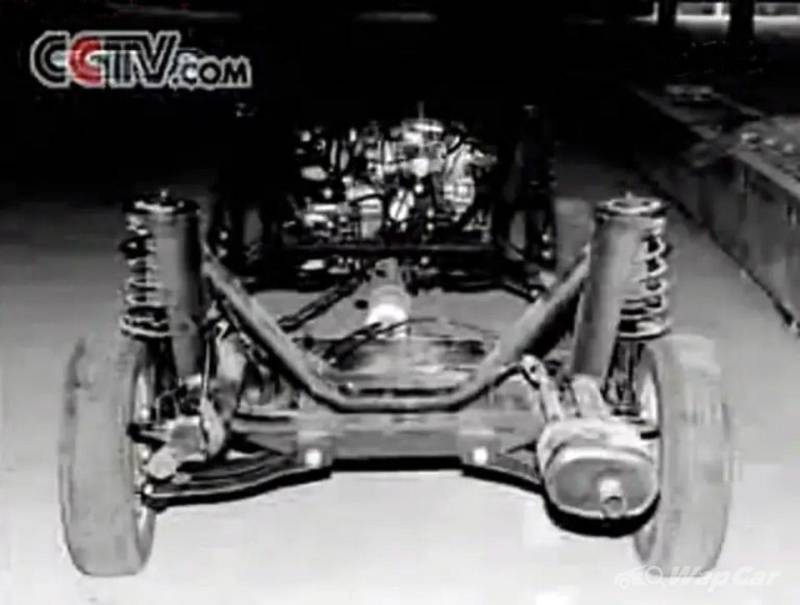 The team bought the Hongqi and completely stripped the car down to the front and rear subframes. They then installed an original body made of fibreglass to keep costs low and kept the interior from the Hongqi.

The body’s design was a literal copy of the W210 Mercedes-Benz E-Class but when the prototype, simply called the Geely Yihao (Number One) was launched, it was well-received. It was covered in the local newspaper and people wanted to know more information on the Yihao. 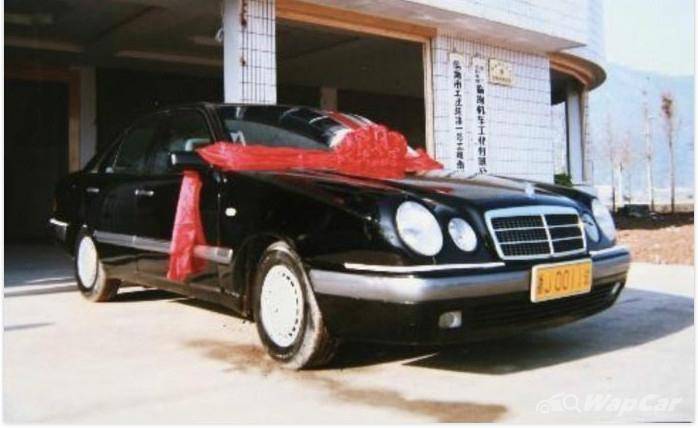 Li was also very proud of his prototype and even took it around town. However, when he finally received approval from the Chinese government to produce cars, the vision of the Chinese Mercedes would hit some financial roadblock.

Once Li purchased a former truck factory in Sichuan, his lifelong dream of entering the automotive market had finally come true. As the factory still had its license, that meant that the Yihao could enter production.

Also read: In 2006 Geely wanted to invest RM 100m in Malaysia, who rejected it to protect Proton and Perodua 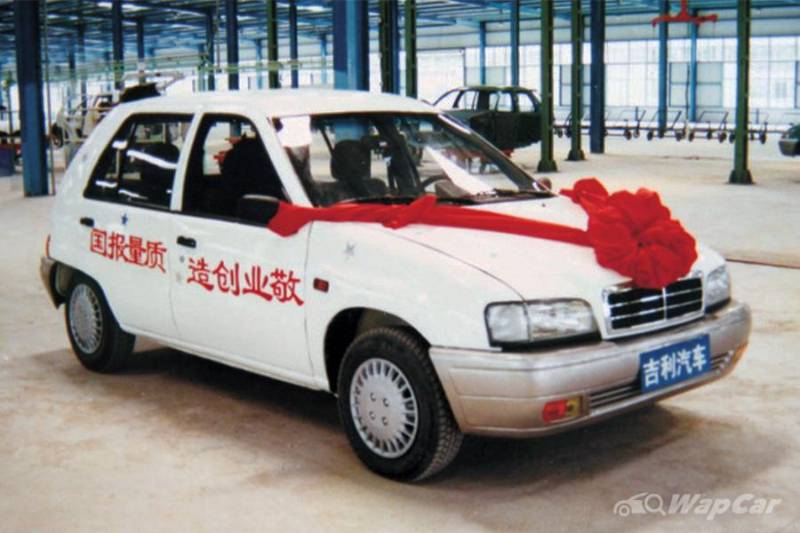 Except that the reality to build a Chinese Mercedes would turn out to be expensive and the factory’s capabilities were very limited. Instead, Geely’s first car would be based on an existing model in order to save costs.

The Geely Haoqing was based on the Tianjin Xiali which was itself based on the Daihatsu Charade. The engines were all sourced from Toyota or Daihatsu which consisted of a 1.0-litre 3-pot, a 1.3-litre 4-cylinder, or a 1.5-litre 4-pot.

Also read: 40 years ago China can’t even CKD a car, how did they overtake Proton and Perodua? 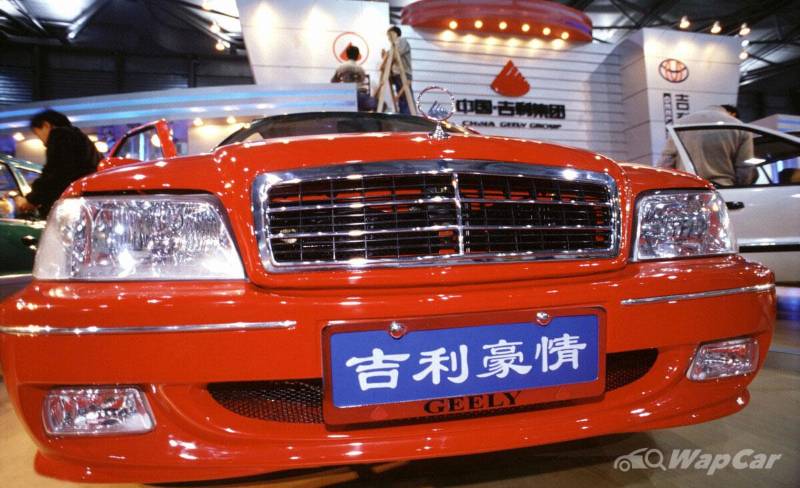 Even in a car designed for the Chinese everyman, Geely added on an embellishment that made its early models so distinctive and also as a reminder of Li’s early automotive vision – the Mercedes-like grille.

The baroque grille didn’t exactly hide the Haoqing’s early shortcomings. The most infamous of which was improper waterproofing that led the car’s interior to be flooded during a torrential rainstorm. 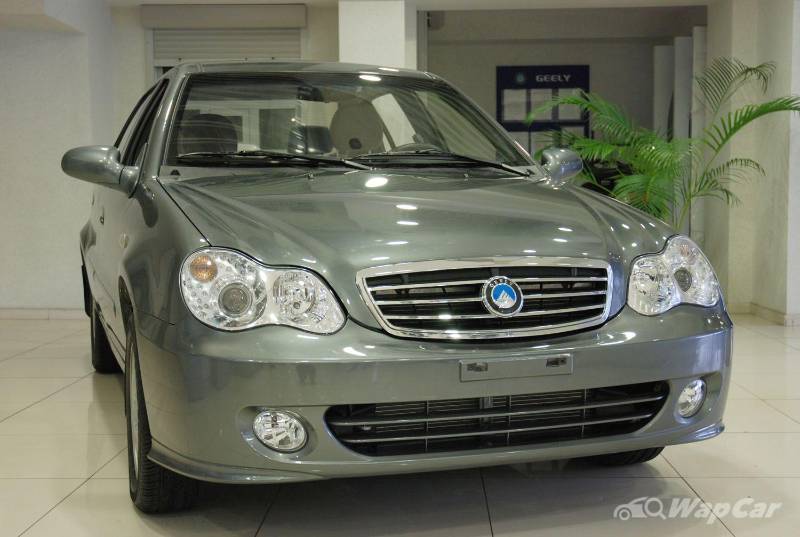 Geely would continue producing many cheap and not quite cheerful cars for a Chinese economy on the verge of overtaking the American market as the world’s biggest automotive market. The three-pointed star homage would continue on the Geely CK's headlight design which resembled the W203 C-Class. 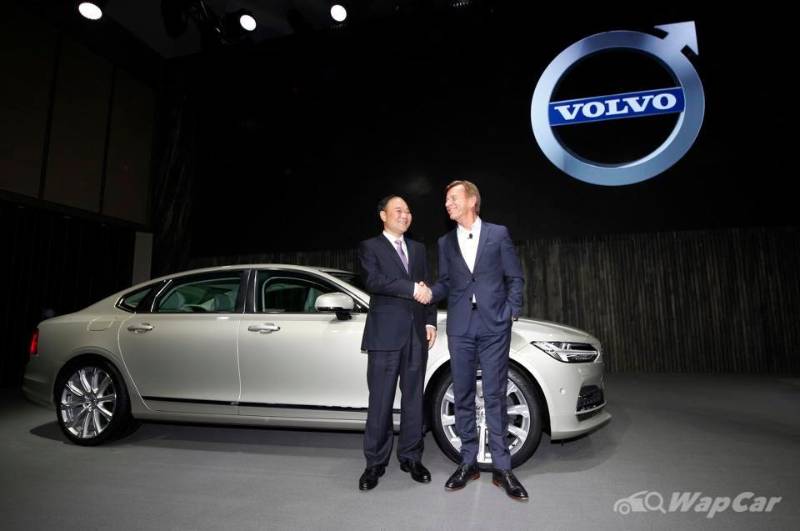 Eventually, Geely would transform itself from selling cheap imitations of a Mercedes to taking over one of its rivals in Volvo and even buying a majority stake in Daimler nearly 20 years later.

Though Geely has achieved success as one of the few private Chinese carmakers to make an impact in the automotive world, it doesn’t want to be reminded of its past. 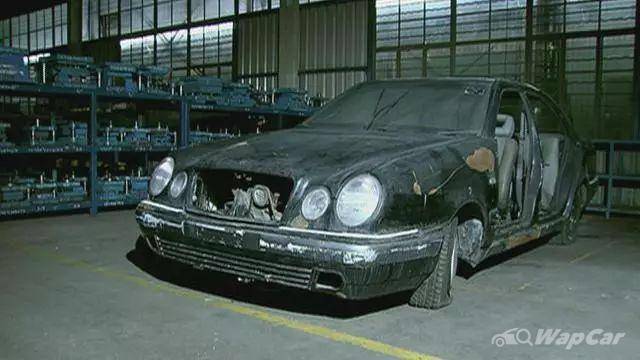 The original Yihao prototype that was once Li Shufu’s pride and joy was discovered in a decaying state at the old Taizhou plant. The car that sparked Geely’s eventual rise in the automotive world and Li’s Chinese Mercedes dream was later crushed literally alongside the old factory.

Also read: Proton was doing the right thing in disposing its old rally and concept cars, here’s why