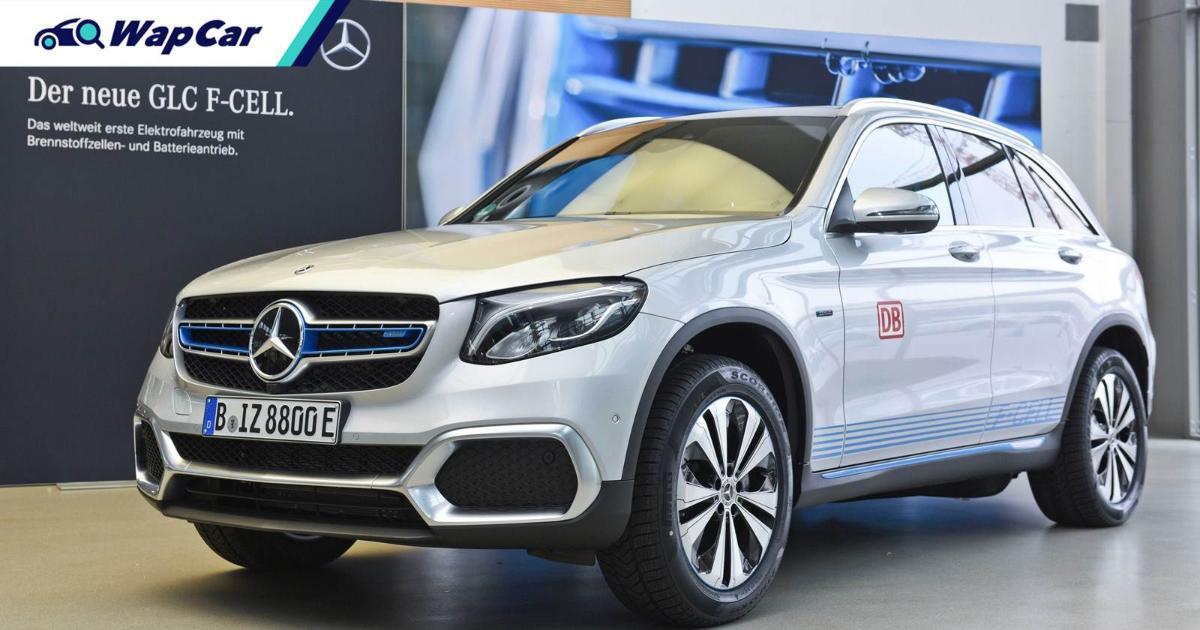 Mercedes-Benz will no longer spend money on developing hydrogen fuel cell electric vehicle (FCEV) technology, at least not for passenger cars, thus putting an end to over 25 years’ worth of research into hydrogen fuel cells, since the 1994 NECAR (New Electric Car). 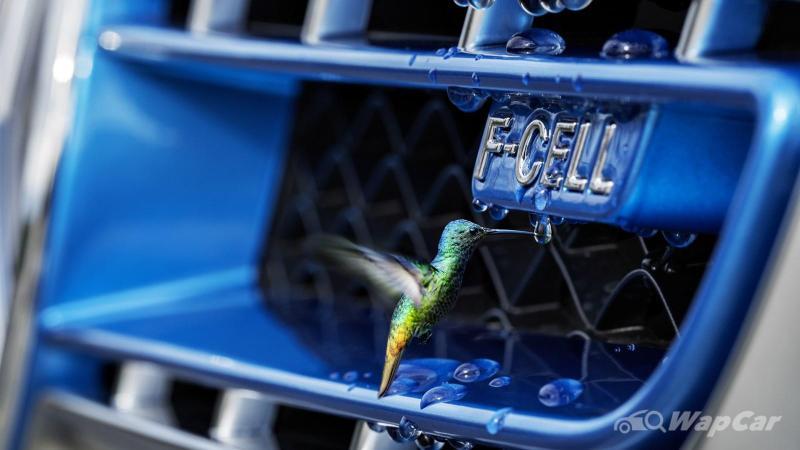 This was confirmed by Markus Schäfer, Member of the Board of Management of Daimler AG, Group Research and COO of Mercedes-Benz Cars AG, at a virtual press conference yesterday ahead of the opening of the IAA 2021 Munich Auto Show.

It also means there will be no follow up to the GLC F-Cell, which went on sale in 2018 in Germany to selected customers.

The decision by Mercedes-Benz Cars to drop FCEV technology to focus all its resources on Battery Electric Vehicles (BEVs) is an important one because unlike Tesla’s Elon Musk’s – who has a vested interest in BEVs – dismissal of FCEVs, calling them ‘fools cells’, Daimler can speak with greater authority on FCEVs because it has over 25 years of experience with fuel cells. 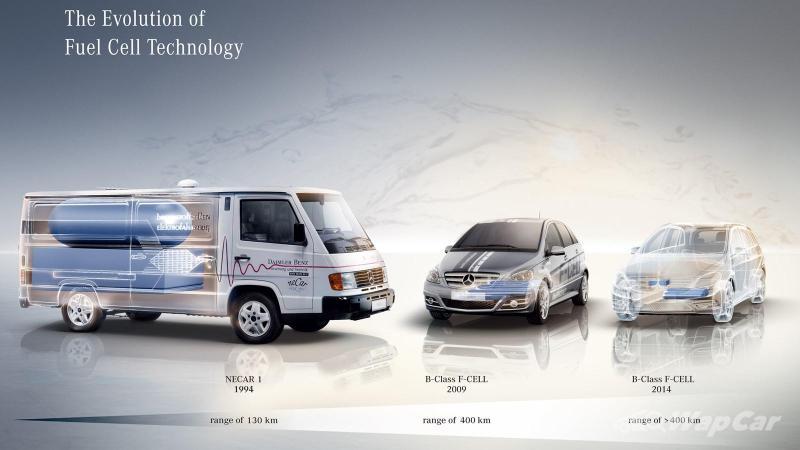 "When we talk about fuel cells, we know what we are talking about because we have been working on it for more than 25 years," said Schäfer.

The first hydrogen fuel cell-powered Mercedes was the 1994 NECAR, a modified Mercedes MB100 van. Later in 1997, the company conducted small scale testing with the NEBUS O 405 N, the first FCEV bus by Mercedes. 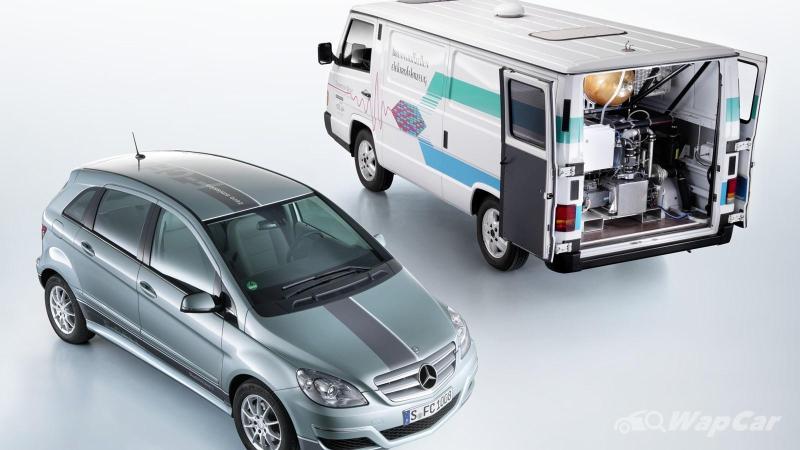 Overtime, FCEV technology became small enough to be fitted into an A-Class, which culminated in the 2007 NECAR 4. 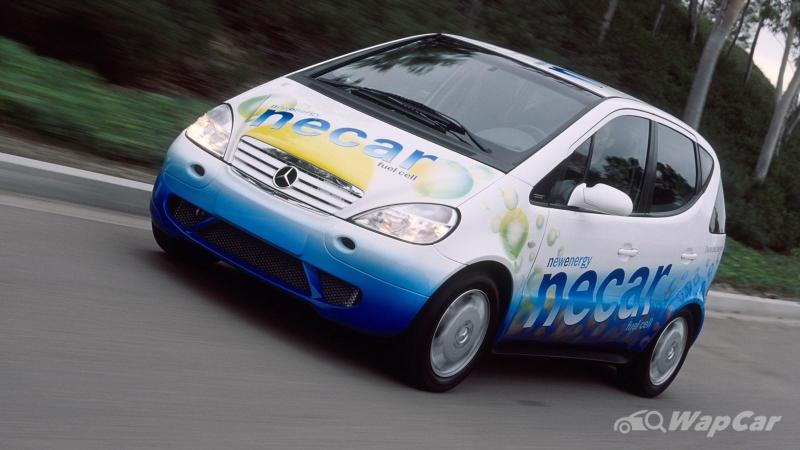 By 2009, Daimler started small series production of the B-Class F-Cell, which was leased to selected customers in Europe and USA in 2010, and most recently, the 2018 GLC F-Cell. 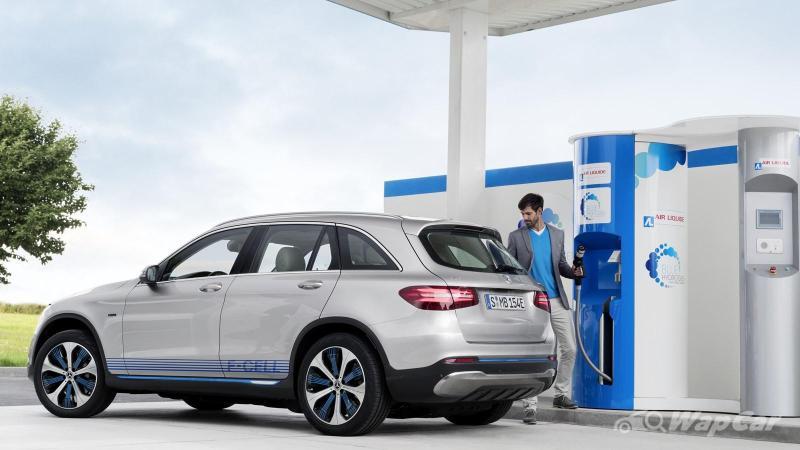 When asked about Mercedes-Benz’s opinions on FCEVs versus BEVs, Schäfer explained that FCEVs are not a dead-end, as their counterparts at Daimler Trucks AG will continue to develop FCEVs for commercial trucks but as far a passenger cars are concerned, the economics for FCEVs just don’t add up, at least not yet. 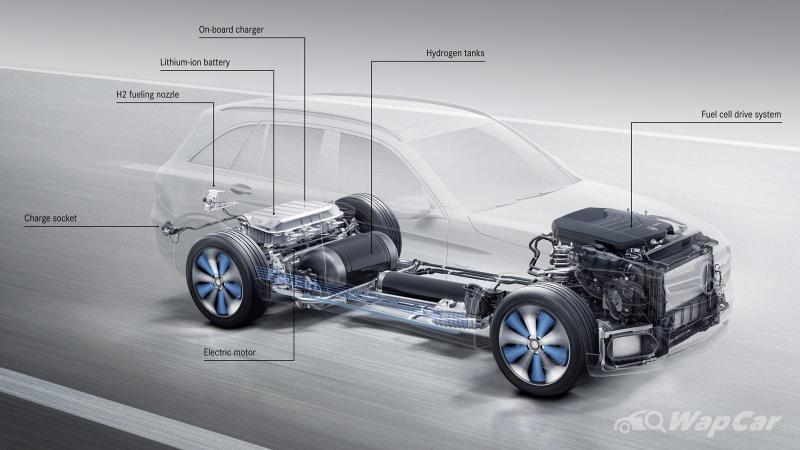 While acknowledging that FCEVs are indeed less efficient than BEVs, the more important underlying reason for Mercedes-Benz Cars to drop FCEVs and focus all its resources on BEVs is to keep complexity down to a more manageable level.

Schäfer explained that in the interim period between now and the company’s eventual shift into a BEV-only company, it will still need to develop plug-in hybrids (PHEVs) alongside BEVs.

“To have to PHEV, BEV, and FCEV is just too many choices. We want to focus our investments. If you want to be the best you have to focus,” said Schäfer. 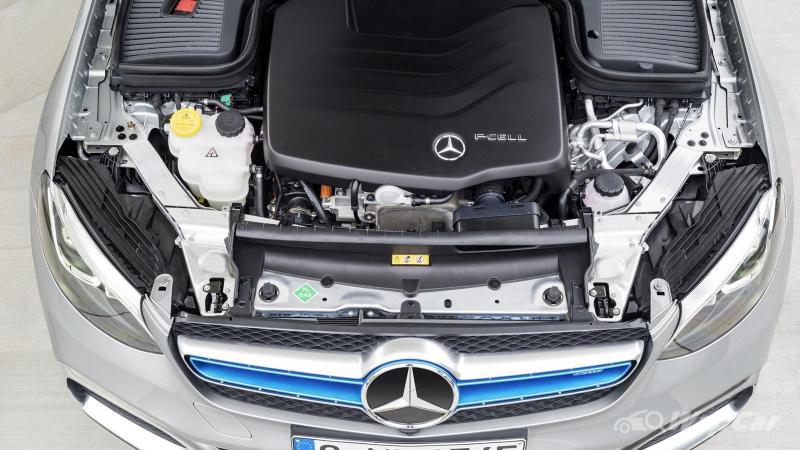 Unlike Audi, Daimler has so far shied away from committing to a deadline to phase out internal combustion engines. The company only said that all newly launched architectures will be electric-only from 2025 onwards.

"We need to move the debate away from when you build the last combustion engine because it's not relevant," said CEO Ola Kallenius at Daimler’s July announcement on its shift from being an EV-first company into an EV-only company. "The question is how quickly can you scale up to being close to 100 percent electric and that is what we are focusing on."

Hydrogen fuel is categorized into three groups. Grey for conventional ones extracted from natural gas using CO2-emitting processes. Green hydrogen are extracted from water, using renewable energy, for a truly zero-CO2 fuel. In between the two is blue hydrogen, whose extraction process generates CO2 but the CO2 are trapped and turned into rocks. 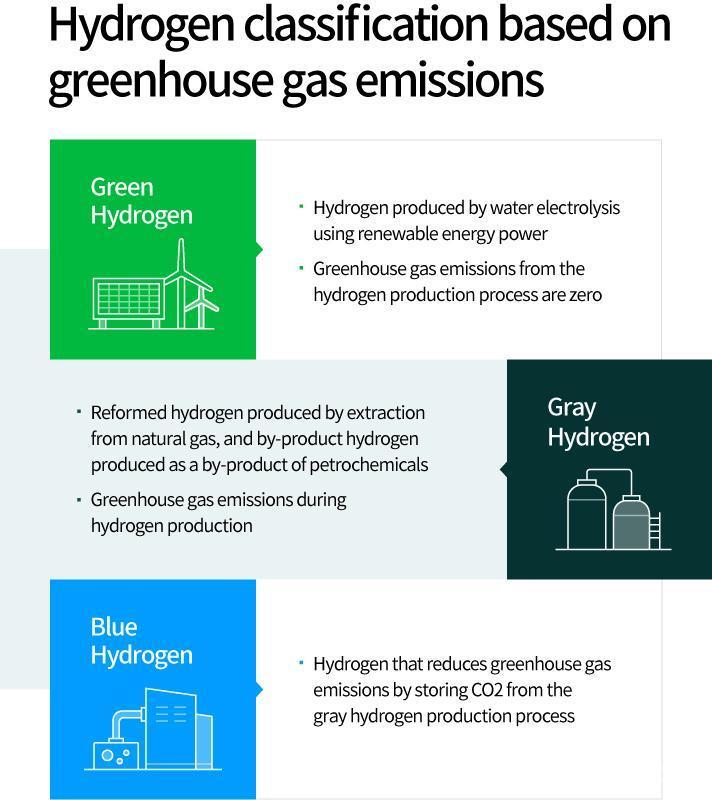 Schäfer also added that FCEV technology is also a long way off from achieving cost parity with BEVs. Although he recognize that prices will of course come down in the future, but BEVs are still more cost effective today, so the economics of FCEVs make it a much poorer candidate.

However, where Daimler’s opinion differ from Tesla, or any BEV evangelist is in commercial trucks.

Daimler doesn’t believe that BEVs are suitable for large, long haul trucks. Development of FCEV technology will still continue for Mercedes-Benz commercial trucks, which has since been operating under a new, separate entity called Daimler Truck AG.

Daimler Truck AG has an active joint venture with the Volvo Group (AB Volvo) to develop fuel cells. Not to be confused with the Geely-owned Volvo Car Group, the Volvo Group only makes trucks. 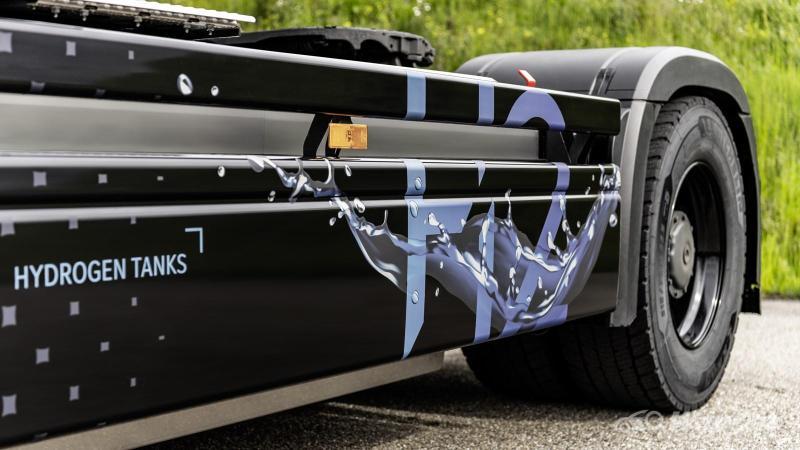 Daimler is now trialling the hydrogen-fueled GenH2 Truck on public roads and customer trials are set to begin in 2023. The Mercedes FCEV truck has a 1,000 km driving range.

The company is also developing storage technology for liquid hydrogen, to benefit from the higher energy density and smaller fuel tanks – thus freeing up more space for cargo. At the moment, most commercial-ready FCEVs are all running on gaseous hydrogen.

What Daimler isn’t saying however, is that it is essentially betting on both BEV and FCEV, splitting the task between two subsidiaries to keep project complexity at a more manageable level.

While Daimler says FCEVs are not suitable for passenger cars, its arch-rival BMW thinks that limiting technology options at such an early stage would be unwise. 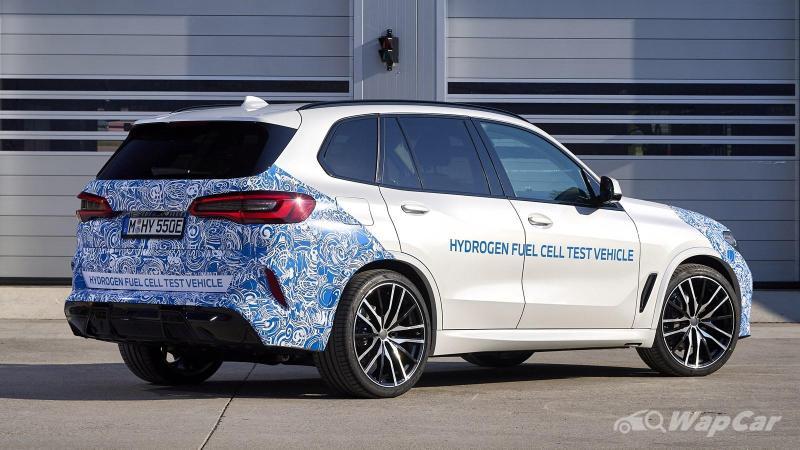 Earlier in August, BMW CEO and Chairman of the Board of Management Oliver Zipse said in an investors’ call, “There are different ways of getting there (carbon neutrality). So, ruling out certain approaches isn’t helpful. None of these are wrong, as long as they benefit climate protection. The approach should always be pragmatic and manageable, and never ideological – in the interests of the greater vision, the global target.

Between the two different opinions, which will emerge to be the wiser one? Only time can tell. We won’t find out who made the right bet until decades later.