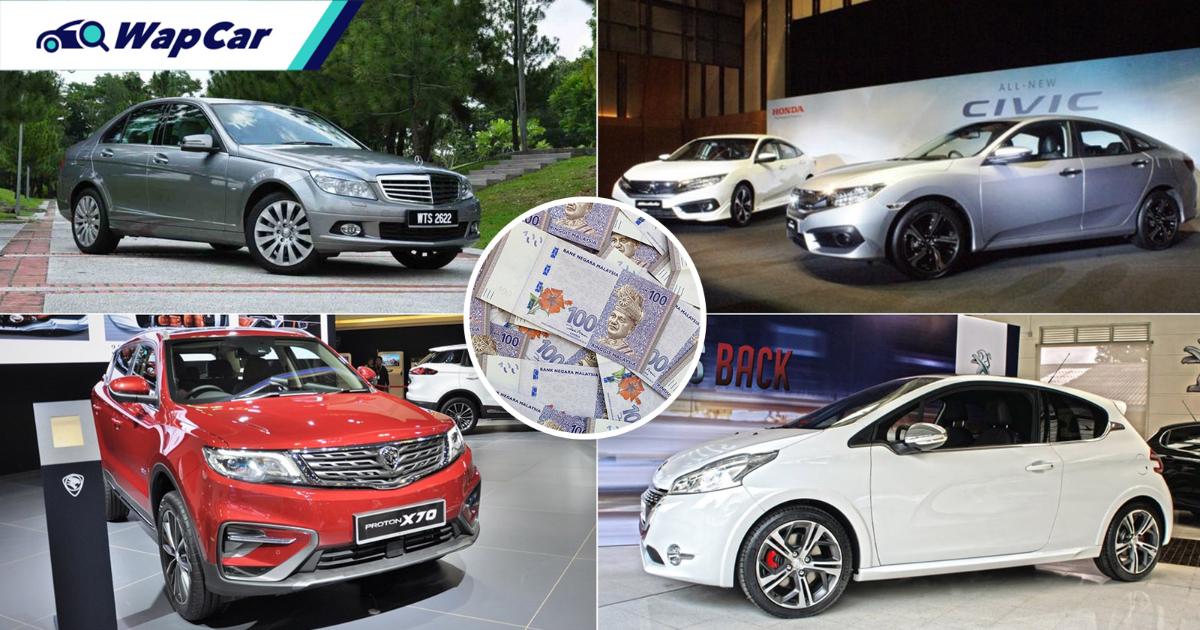 Malaysians aren’t quite as blessed with options as some of our neighbours but if you want variety, then the used car market is your only option. It’s a near-endless smorgasbord of choices with really tempting prices.

Which comes to another question, which is the exact car for you? For that, we have divided this list into six different categories depending on the body style and what kind of buyer you are. If these six cars aren’t to your liking, we do have alternate options. 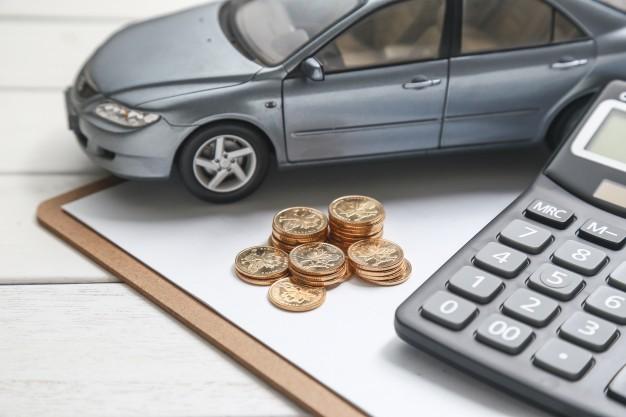 As these are used cars, there are some factors to consider compared to buying a brand-new car:

Also read: New or used car, which should you buy after MCO?

Having said that, if you are looking for a car, be it used or new, do remember the recommended guideline that you should not be paying more than 20% of your monthly salary on the car's monthly repayment and an additional 10% for maintenance.

Also read: If you need a 9-year loan, you can’t afford the car, and do understand Rule of 78

The interest rates in these articles are examples. As such, do check your bank to see their latest rates. 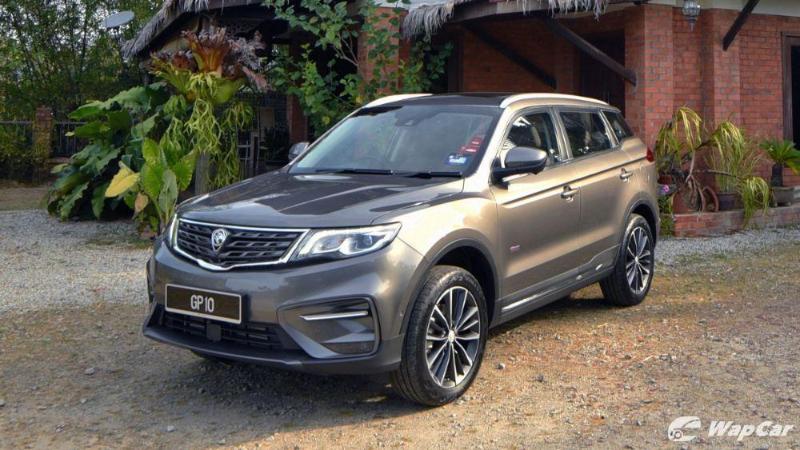 A brand-new Proton X70 starts from RM 94,800 but if you dive into the used car market, you can get an early X70 from RM 75,700. These early models were fully imported (CBU) from China and sported a different transmission (6-speed automatic instead of 7-DCT) but were essentially the same overall. 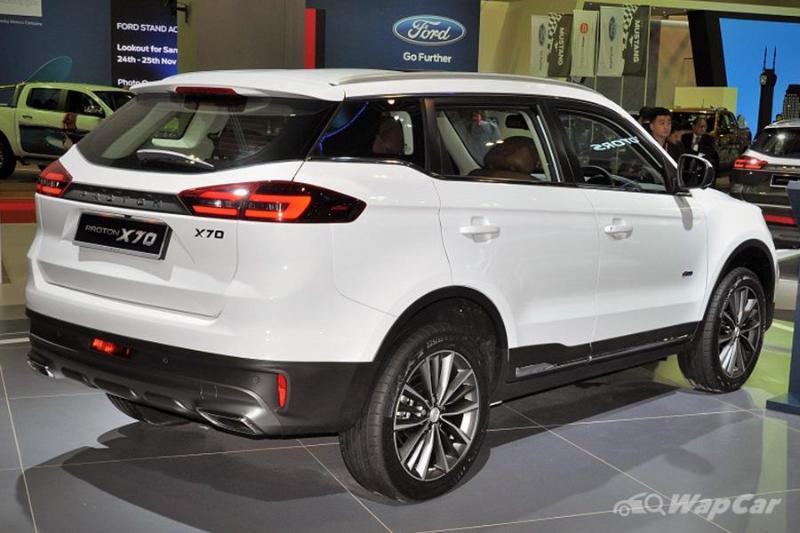 Quality-wise, both are also almost the same. We even did a noise level test for both the CBU and CKD X70s and found both share an almost similar result. It is one of the quietest and most comfortable SUVs in its segment.

Also read: Top Rank: What is the quietest C-seg SUV on sale in Malaysia? 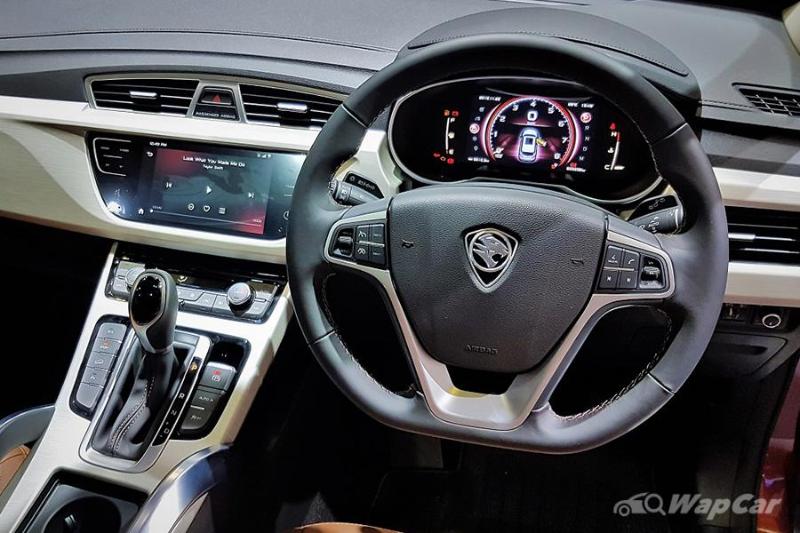 As the earliest X70s are only around three years old, the warranty for some of these second-hand units still applies. Provided that Proton has resolved its spare parts shortage issue, the X70 is also mostly problem-free and is simply great value. 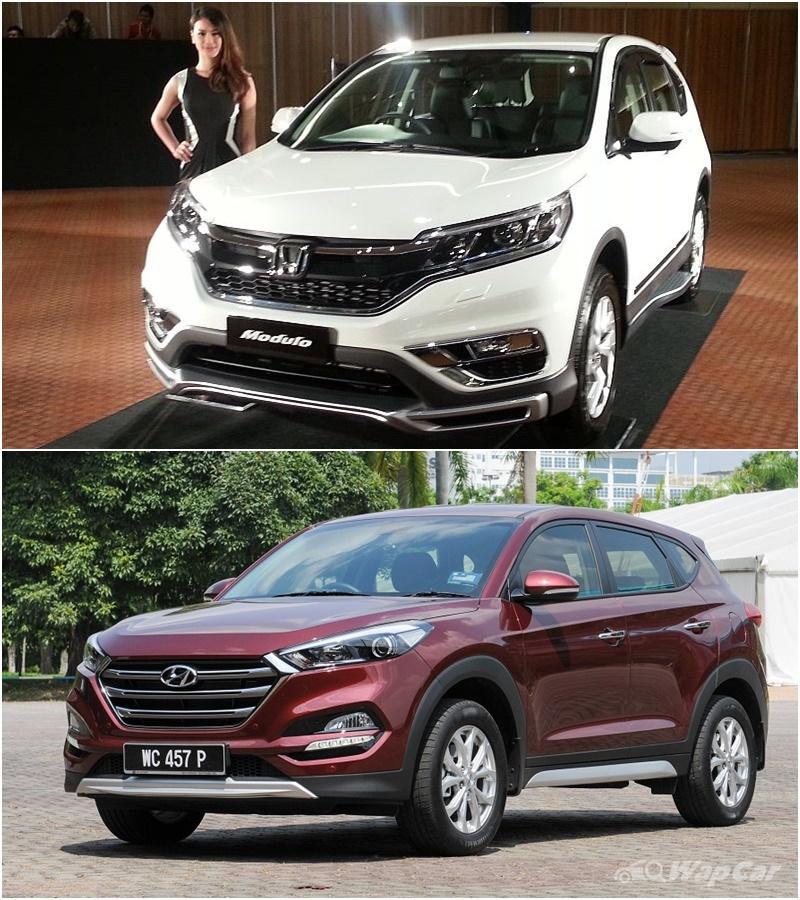 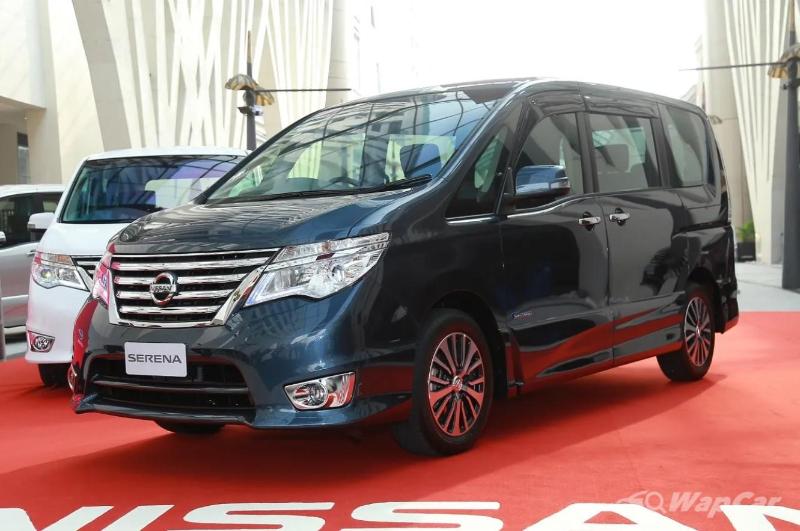 The Nissan Serena S-Hybrid has all the hallmarks of a traditional JDM minivan – from its tall design to the dual electric sliding doors. The C26 Serena marked a return of the popular nameplate to Malaysia having skipped the previous generation. 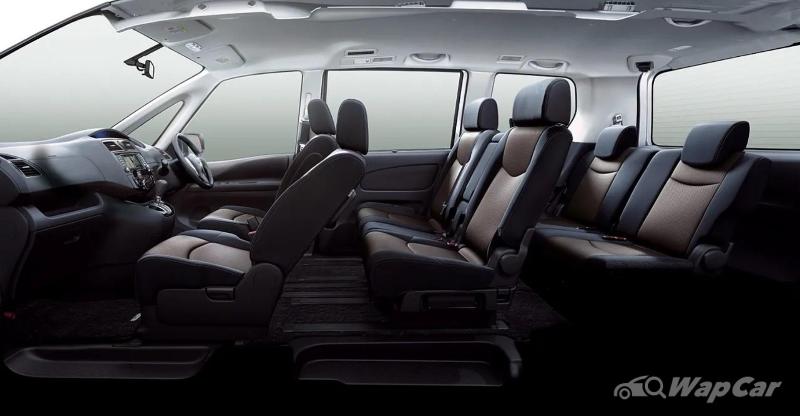 Though the tall body recipe is maintained, the C26 Serena introduced the S-Hybrid technology to mainstream MPV buyers. Even with a supposed unpopular technology, the Serena proved to be a hit among Malaysian families. 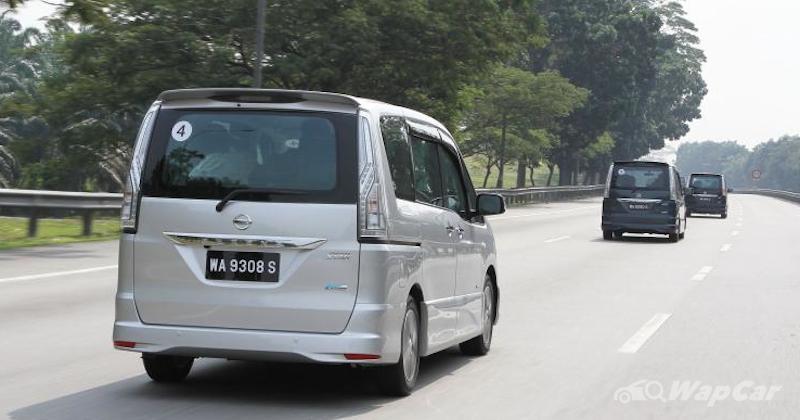 Now that prices fall at an attainable price, the hybrid MPV is a worthy purchase for those that prioritise family and comfort. It's a grand cruiser or to simply lift off its trim, a highway star. 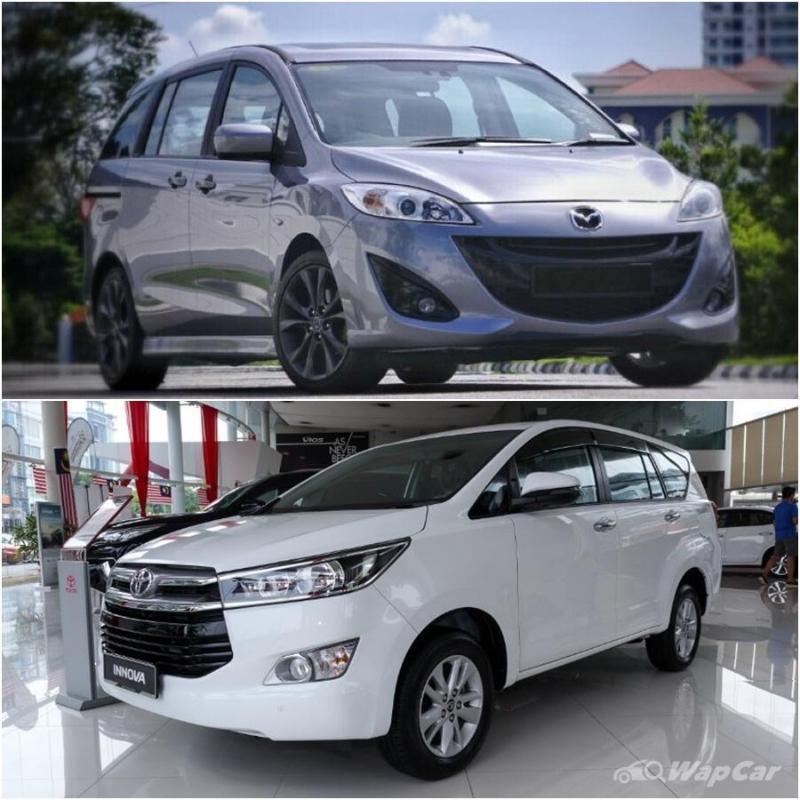 As far as hot hatches are concerned, the Peugeot 208 GTi is an underrated one in this part of the world. When it was launched in Malaysia in 2013, prices started from RM 139,888 but eight years later, you can get one for nearly half.

With a turbocharged 1.6-litre Prince THP engine that produced 200 PS (the facelift got 208 PS, coincidentally) and 275 Nm (300 Nm on the facelift), the French hot hatch isn’t something to trifle with. Paired with a 6-speed close-ratio manual gearbox and it immediately gets the petrolheads’ seal of approval. 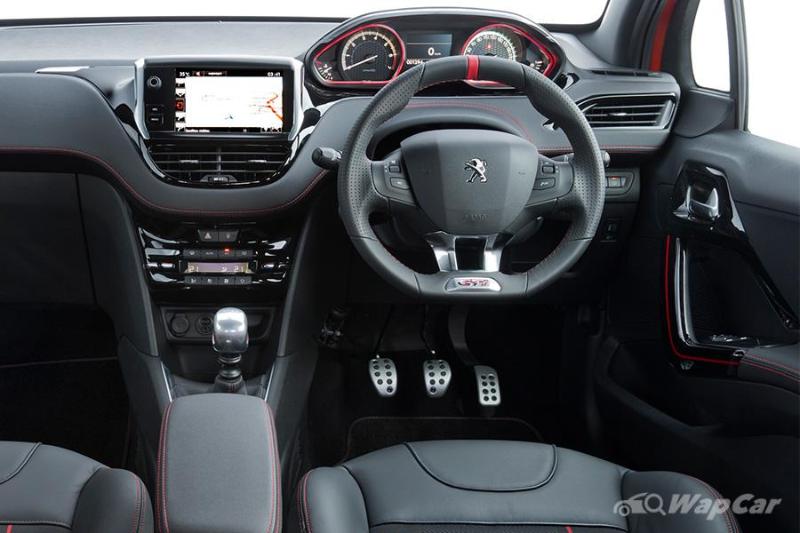 While the 208 GTi doesn’t command the same presence as a Fiesta ST, its sleeper nature does hide some kind of beast within. It’s a chuckle when it gets chucked around corners but is light and quite easy to drive. It’s a steal not worth missing out on.

Also read: Top 5 used manual cars that you can buy in Malaysia 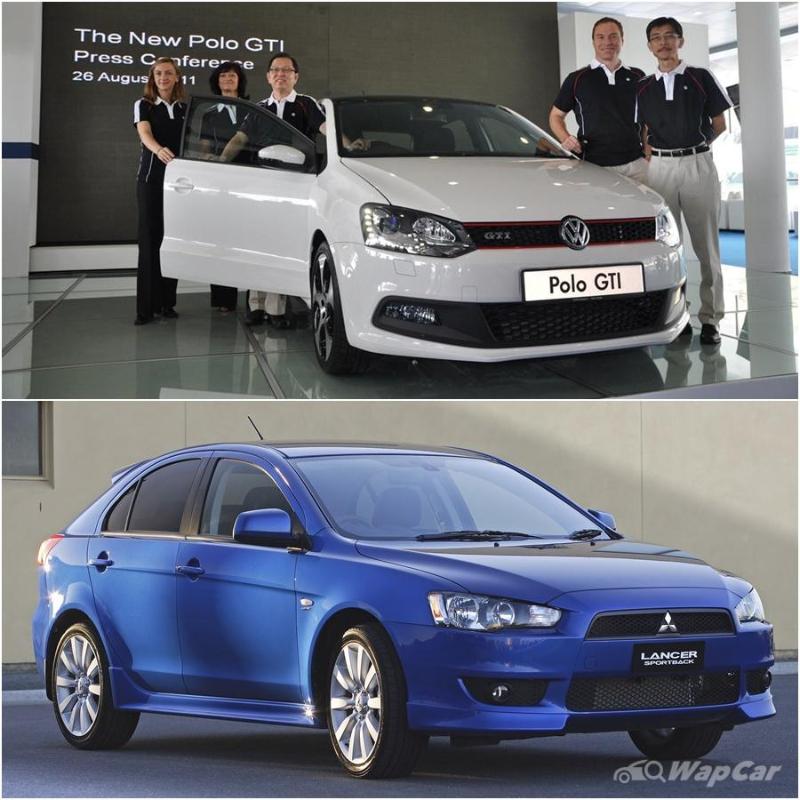 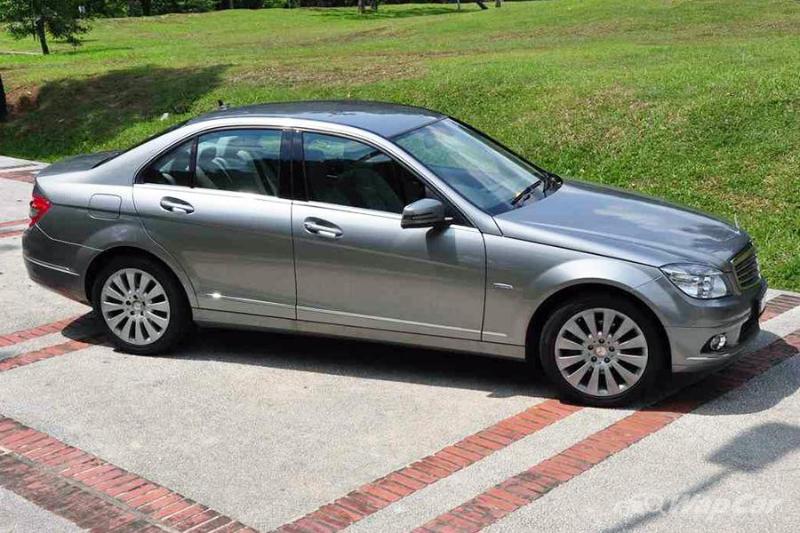 If there is a generation that saw the Mercedes-Benz C-Class transform from being an entry-level executive sedan into an S-Class for less, it would be the W204 generation. Looking more grown-up than its predecessor, the W204 is considered a good entry point for those wanting to own a three-pointed star. 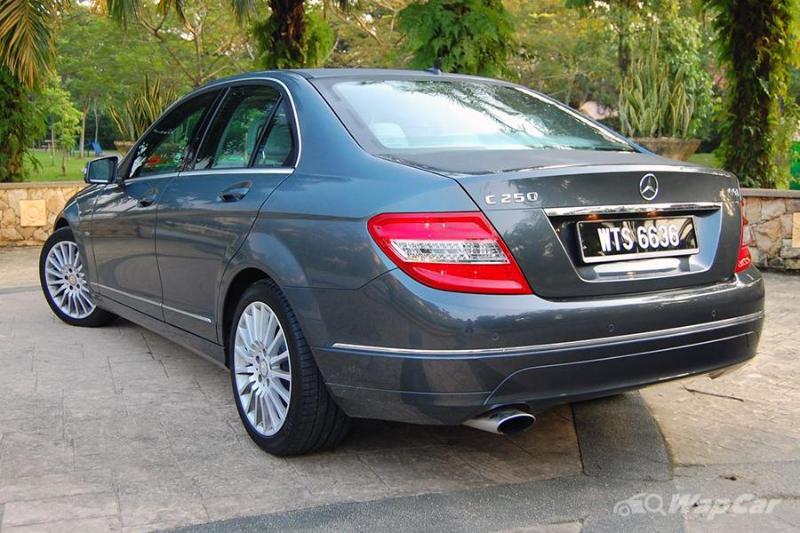 Prices for the W204 are pretty tempting with an eight-year-old model starting from around RM 50,000. However, even if prices are close to a brand-new Perodua Myvi, bear in mind that parts and maintenance would be costly. Cars may depreciate in value but parts won't.

Also read: Why do flagship sedans depreciate like there's no tomorrow? 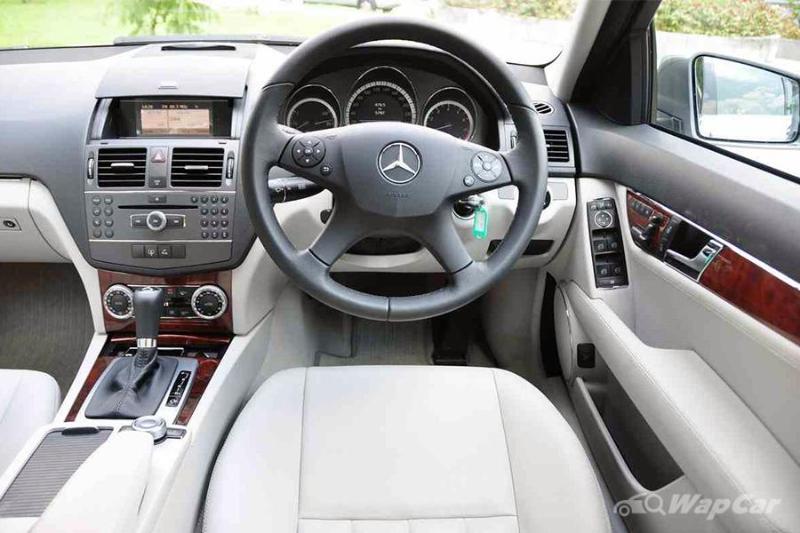 It is advisable to put aside a maintenance fund of around RM 5k to 10k especially for Continental cars, no matter how reliable or cheap it might be. Before you decide to hop on this route, you might want to check on our used car guide on the W204 done by our BM colleagues.

Also read: Owner Review: The Kompressor Engine - How I met my Mercedes-Benz C200K 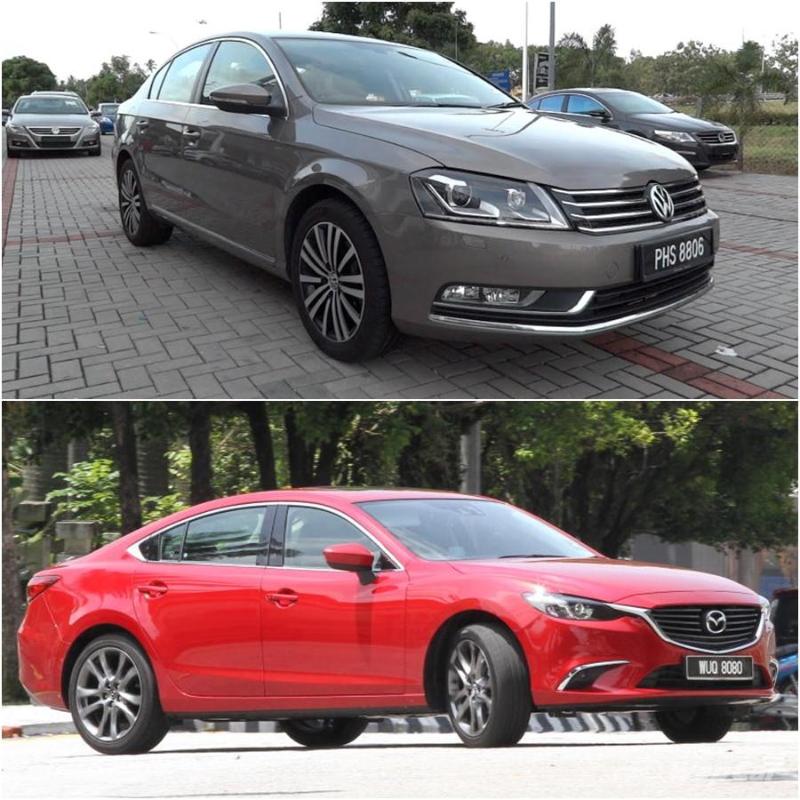 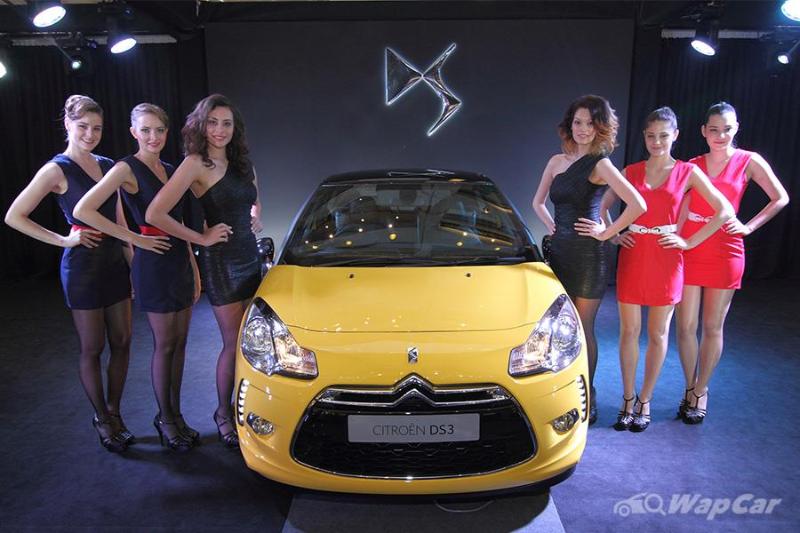 Sometimes, you might want something that just stands out from the rest and this is a suitable car for all those hipsters. The Citroen DS3 is French and if there’s one thing French cars are known for in Malaysia is their horrible depreciation uniquely quirky appearance. 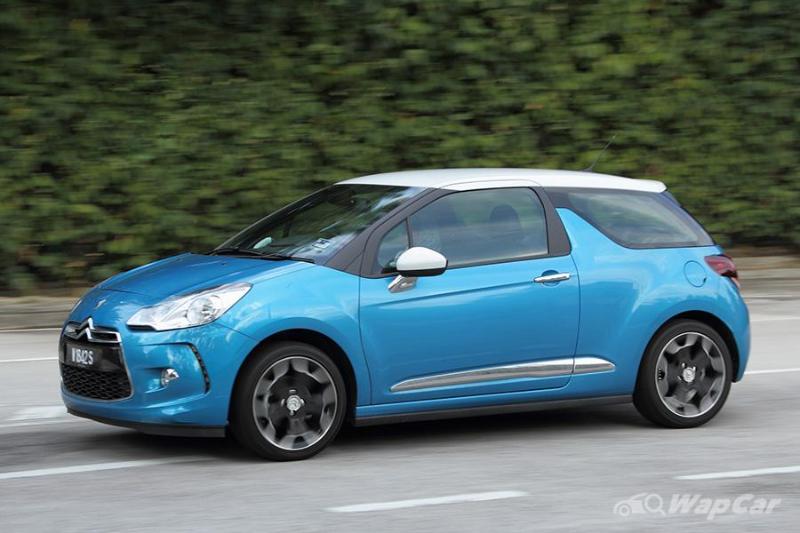 The DS3 is pretty much that, a quirky French hatchback that is as much a fashion statement as a MINI. It’s around the same size too but comes with a funkier design that is just timeless. 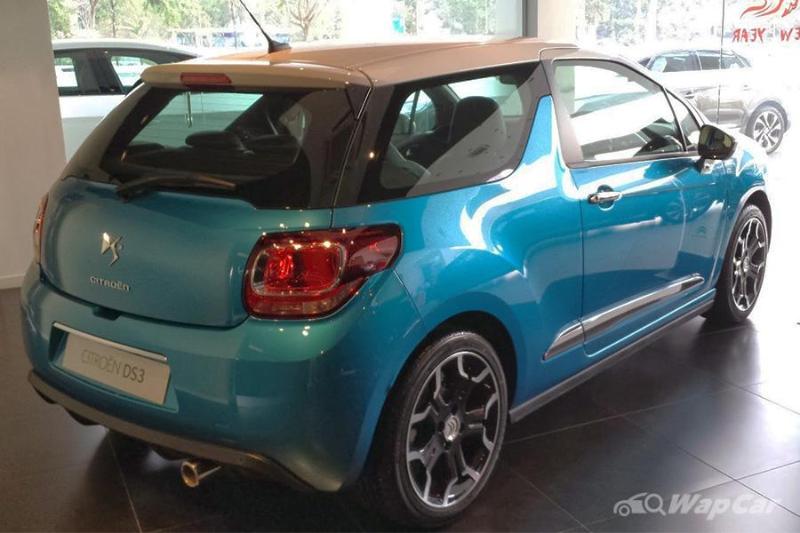 To be fair, the DS3 is also quite rare compared to the MINI and even though prices can fall around RM 50k, parts will not be cheap. So, be prepared to put aside a maintenance fund of at least RM 5k.

Still, if you want something entirely different from the norm, the DS3 has that je ne sais quoi that is quintessentially French. 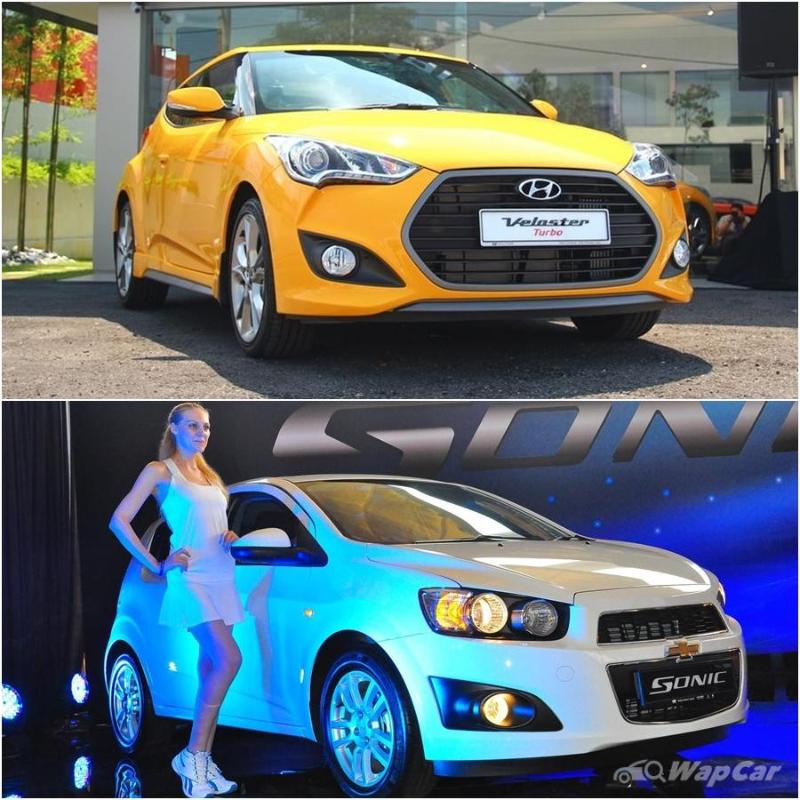 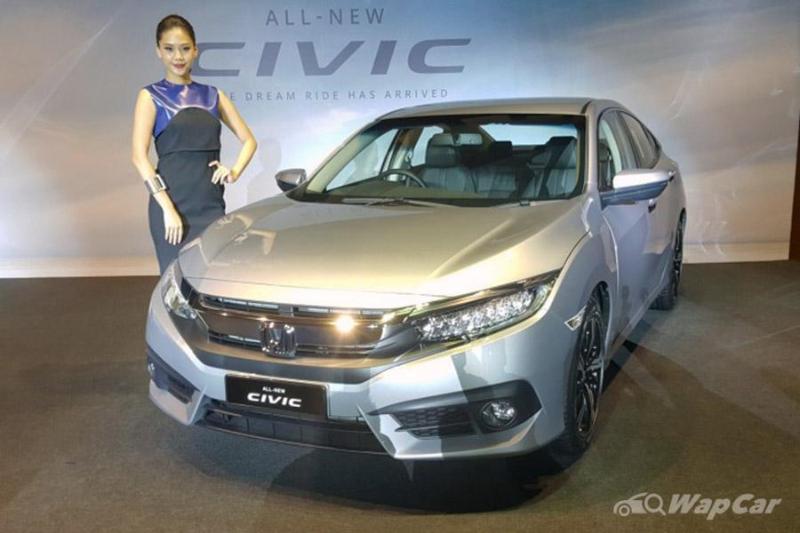 Now on the opposite side of the previous category, we have the buyer that simply wanted a car with no frills and no surprises. Well, for around the same price of a brand-new previous-gen Nissan Almera, why not get a used Honda Civic FC? 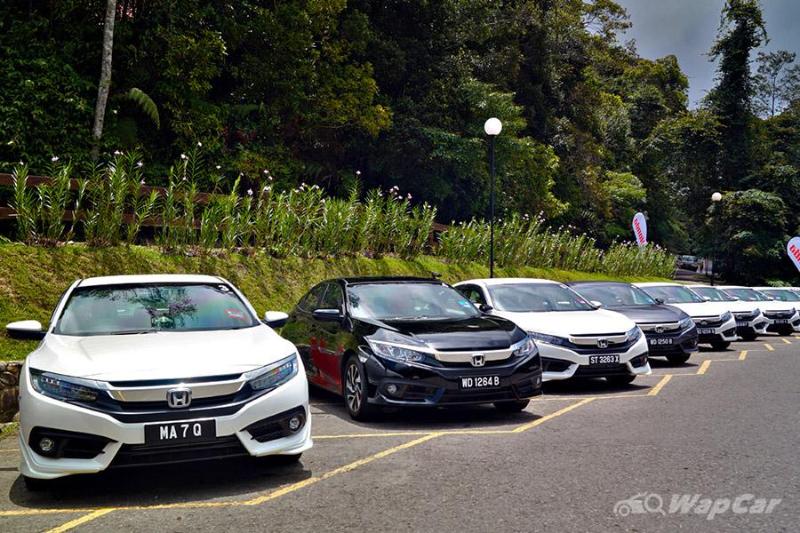 It will be some time before the next-gen FE Civic comes to Malaysia and the pre-facelift Civic FC looks almost a mirror image of the facelifted model. Hence, a used Civic is easily a safe option as these sedans are quite flawless. 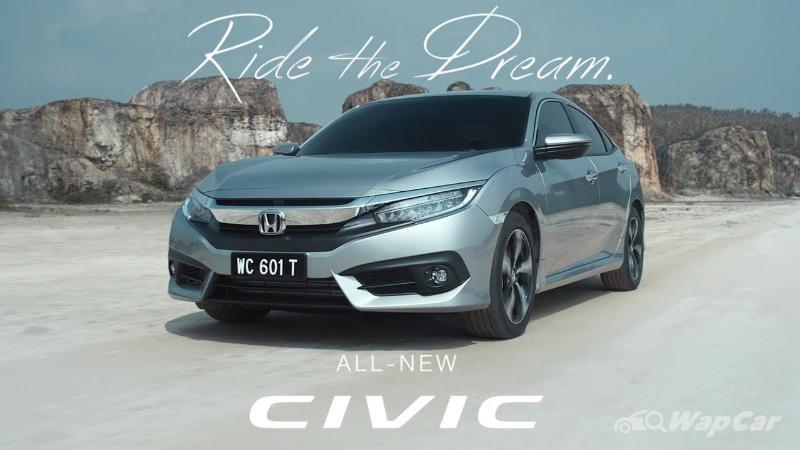 We even ranked the Civic FC as one of the best cars to hold its value in its segment. Maintaining a Civic is also quite affordable. So, consider the used Civic instead of getting the flawed Almera which is surprisingly still on sale alongside its superior successor.

Also read: A Honda Civic holds 2x better value than a Fluence? Which C-segment sedan is the resale value king? 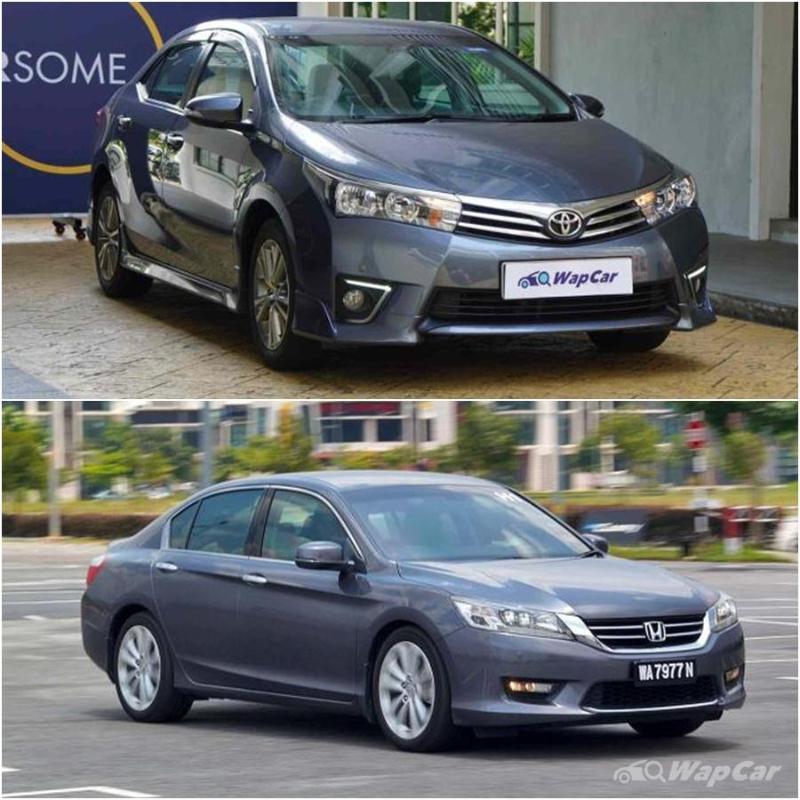 Those are some of the cars that we suggest for those earning a monthly salary of RM 4,000. Some of these options do come with the caveat of higher maintenance costs. For instance, cars with bigger tyres would require a bigger budget for replacements.

Having said that, should you want better peace of mind, the new cars' route would be a better choice for you with their warranty coverage. Do be aware when considering a used car as tempting as prices are.