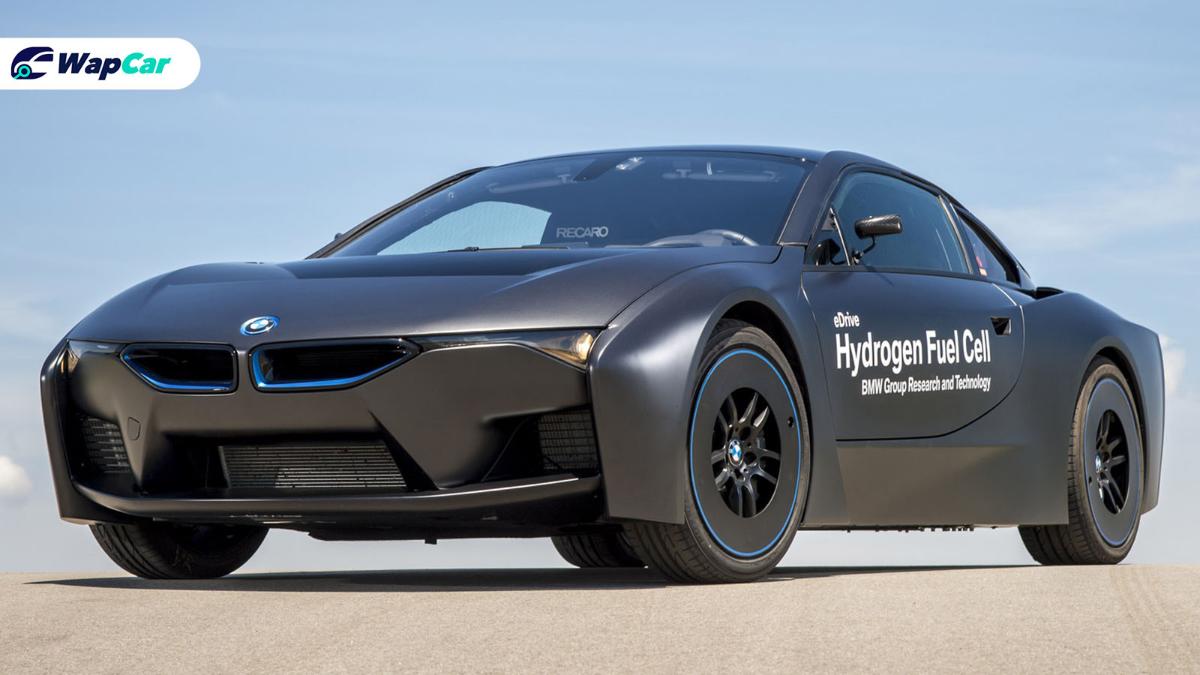 I’ve been to the BMW Museum twice. Once in 2013 and once again this year. During the first visit, BMW had its older hydrogen cars display. They were not there the second time around. The hydrogen cars were the BMW H2R and the BMW Hydrogen 7. 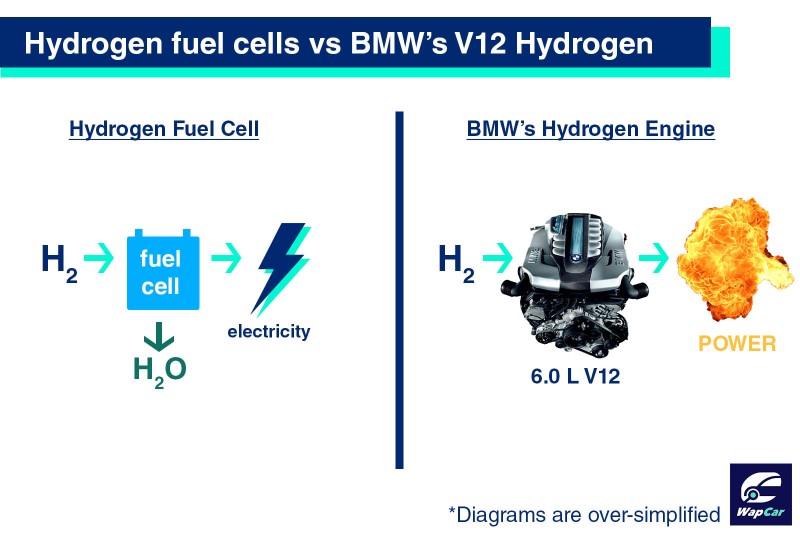 There was also the BMW Hydrogen 7, which was based on the E65 BMW 7 Series. The 6.0 L V12 could run on either petroleum gasoline, or pure hydrogen gas. A limited number of these were produced. It had two tanks, like the NGV taxis in Malaysia.

Can you actually burn hydrogen gas?

Yes. In fact, hydrogen is flammable when concentration levels are above 4%. The energy value of hydrogen gas is about a third of the energy value of petroleum gasoline (10.1 MJ/L and 34.6 MJ/L). The tricky thing about using liquid hydrogen is storing it. Since Hydrogen boils at -252.9°C, you either cool it, pressurise it, or both.

BMW seems to have to closed the chapter on burning hydrogen in the engine.

In 2012, there was the BMW i8 Hydrogen, which ran on a hydrogen fuel cell. Although the BMW i8 looked like a car that Batman would drive, it wasn’t supercar fast with a 0-100 km/h time of 6.0 seconds. A modern-day Toyota RAV4 PHEV could match that. 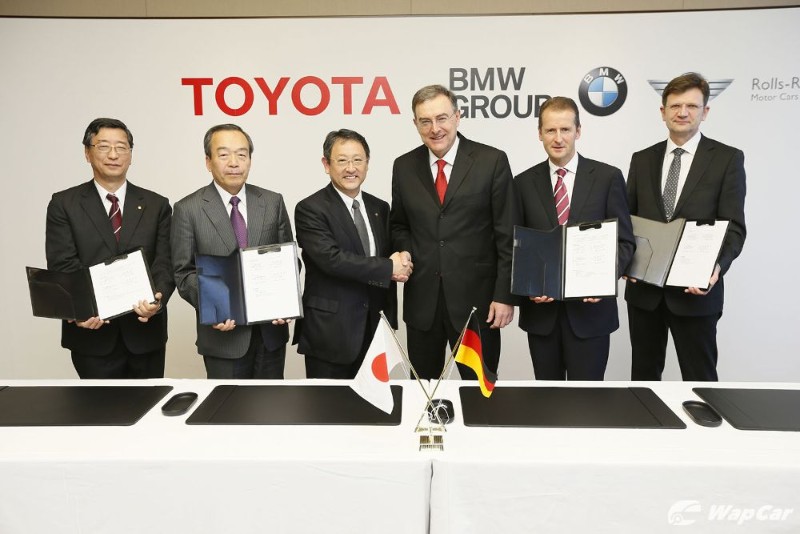 There was no more news on the hydrogen i8 after BMW and Toyota joined forces in 2013. The most famous outcome of the German-Japanese cooperation is the A90 Toyota Supra. Other than that, the collaboration entails the development of hydrogen fuel cells and lithium-air battery that could beat the normal lithium-ion battery in terms of energy density.

BMW i Hydrogen NEXT 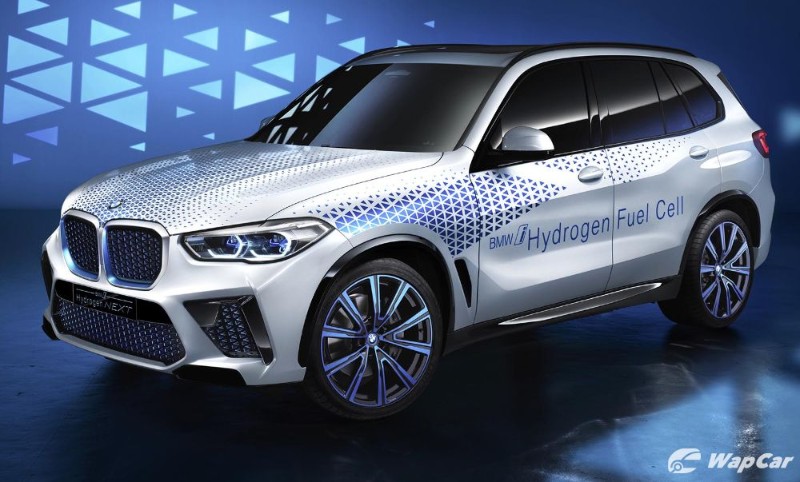 With lithium-ion electric cars already so popular and in production, news about hydrogen cars usually goes under the radar. There is already a vast network of facility and support for the conventional electric car. With Elon Musk calling hydrogen cars “mind-boggingly stupid”, it has been sidelined from the mainstream. 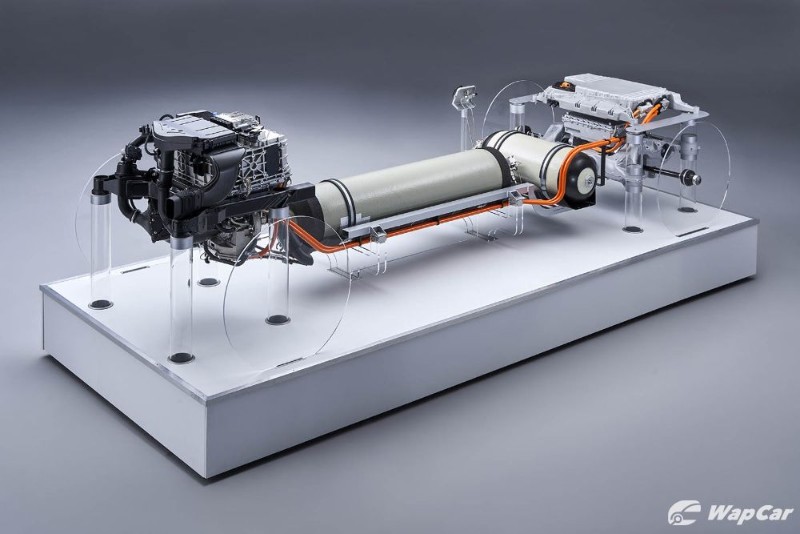 Last year, BMW unveiled its hydrogen fuel cell powertrain in the BMW i Hydrogen NEXT. The system will be used in a small batch of BMW X5 SUVs by 2022. The fuel cell could generate up to 125 kW of electricity and the total system output is a rather impressive 374 HP. With a pair of 700 bar tanks that together can hold up to 6 kg of hydrogen, BMW claims the i Hydrogen NEXT is capable of long-distance travels.

Refuelling may take between 3-4 minutes for a hydrogen car, but you’ll have hard time finding a hydrogen filling station. Production hydrogen fuel cell cars include the Toyota Mirai and Hyundai Tucson FCEV.