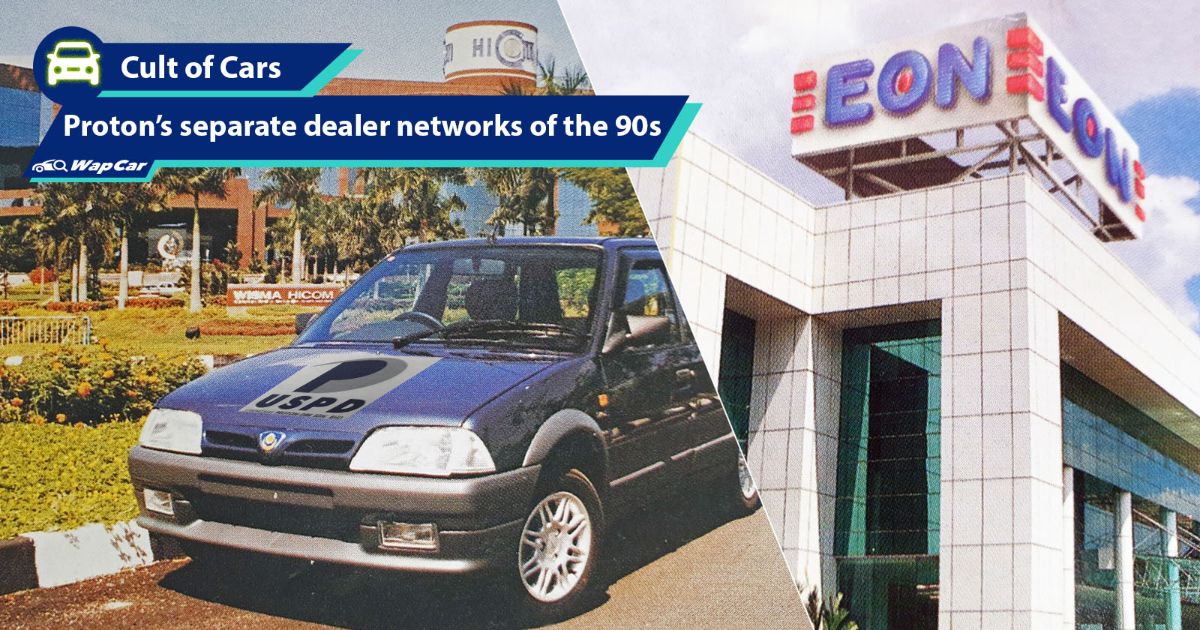 If you’re interested to get a new Proton car today, you can just walk into any of its dealers and place an order for any model that is officially listed. That sounds pretty simple but rewind back to the 1990s and the process is different.

While today’s Proton showrooms are essentially united under Proton Edar, 25 years ago, if you wanted to get, say a Satria, it’s only available at a USPD dealer but if you wanted a Wira sedan, you have to visit an EON showroom.

Japan wasn’t the only country that utilised multiple sales channels for a brand, Malaysia did too though this was only done by Proton but no other carmaker followed suit.

Also read: Toyota, Netz, Corolla, and Toyopet - Why did Toyota once have 4 different dealers in Japan? 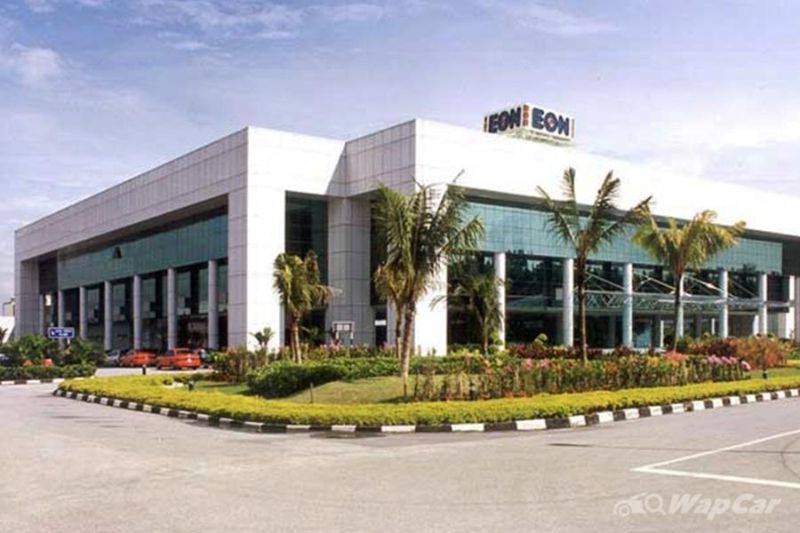 So, let’s take a trip down memory lane when Proton had two separate dealer channels – EON and USPD by seeing their rise, the conflicts between the two and the eventual downfall of one of them.

The 1970s saw Malaysia starting to venture into the industrialised manufacturing sector instead of mainly relying on agricultural and mining natural resources. In 1979, the national car project was announced by then Minister of Trade and Industry, Tun Dr Mahathir Mohamed and a year later, Heavy Industries Corporation of Malaysia (HICOM) was incorporated. 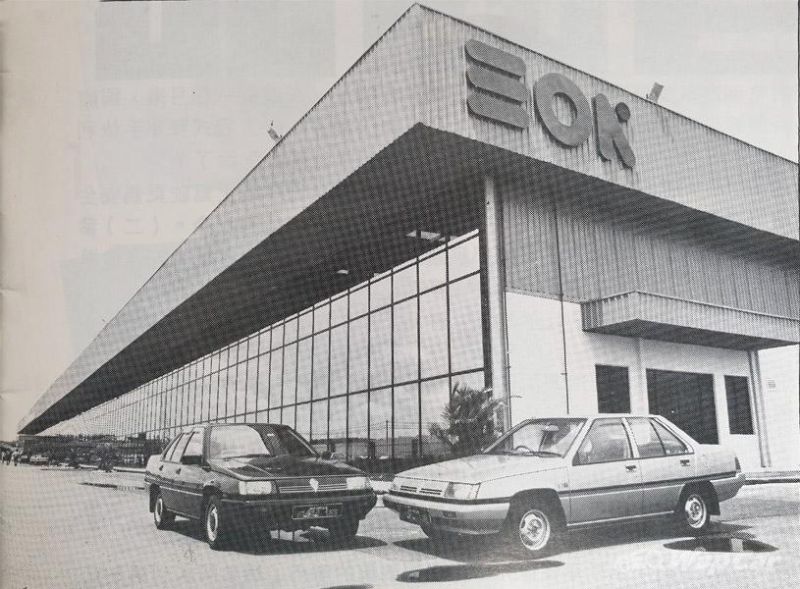 The main objective of HICOM was to develop Malaysia’s first national car and in May 1983, a joint venture with Mitsubishi would be formed. A year after that, Edaran Otomobil Nasional Bhd (EON) would be established as the main distributor for Proton. 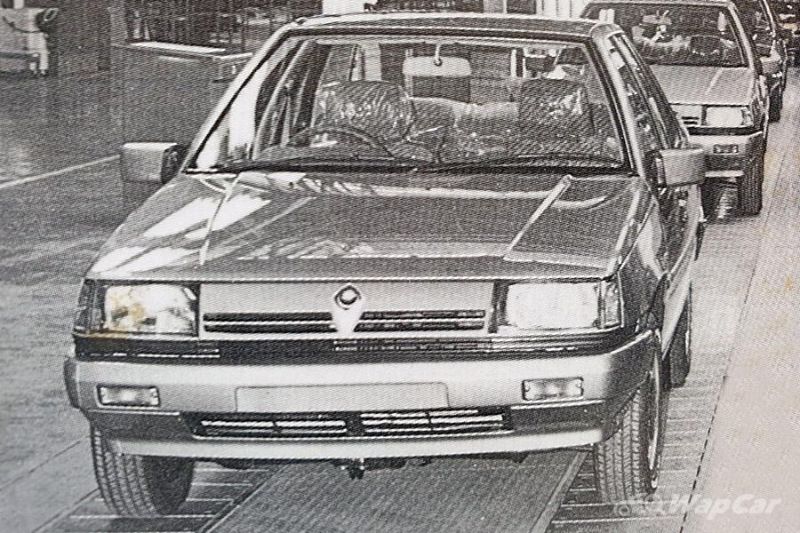 During the Saga’s launch in 1985, EON had 20 showrooms all over the country with 8 in Klang Valley and one in each state capital. The low price advantage would help propel Proton and the Saga to become the best-selling carmaker and car in Malaysia.

Also read: Proton Saga turns 37! Here are some fun facts about the car throughout the years 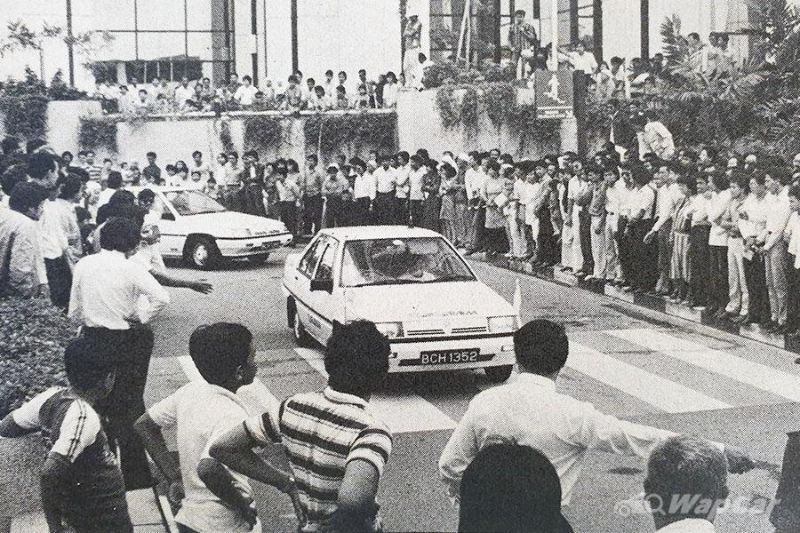 With national pride beaming very high, other dealerships that sold non-national makes like Nissan and Toyota were also interested in selling the Saga too. By 1986, EON’s dealership numbers saw an additional 37 branches opened nationwide. 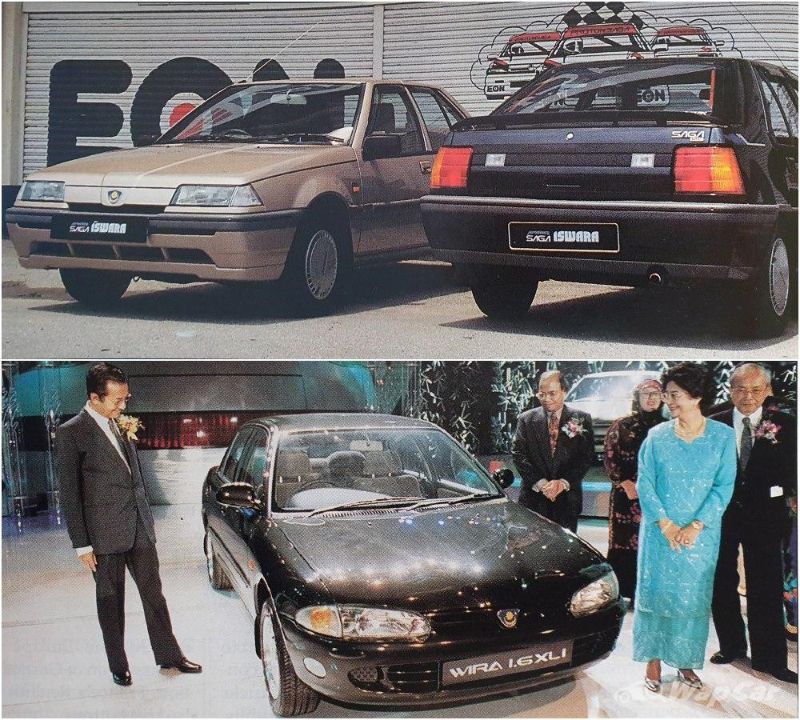 Things were going very smoothly for EON and Proton as the carmaker launched more models in the early 1990s like the Saga Iswara and the Wira. It has been said that EON were the ones that coined the Iswara name while Proton simply only referred to it as the Saga. 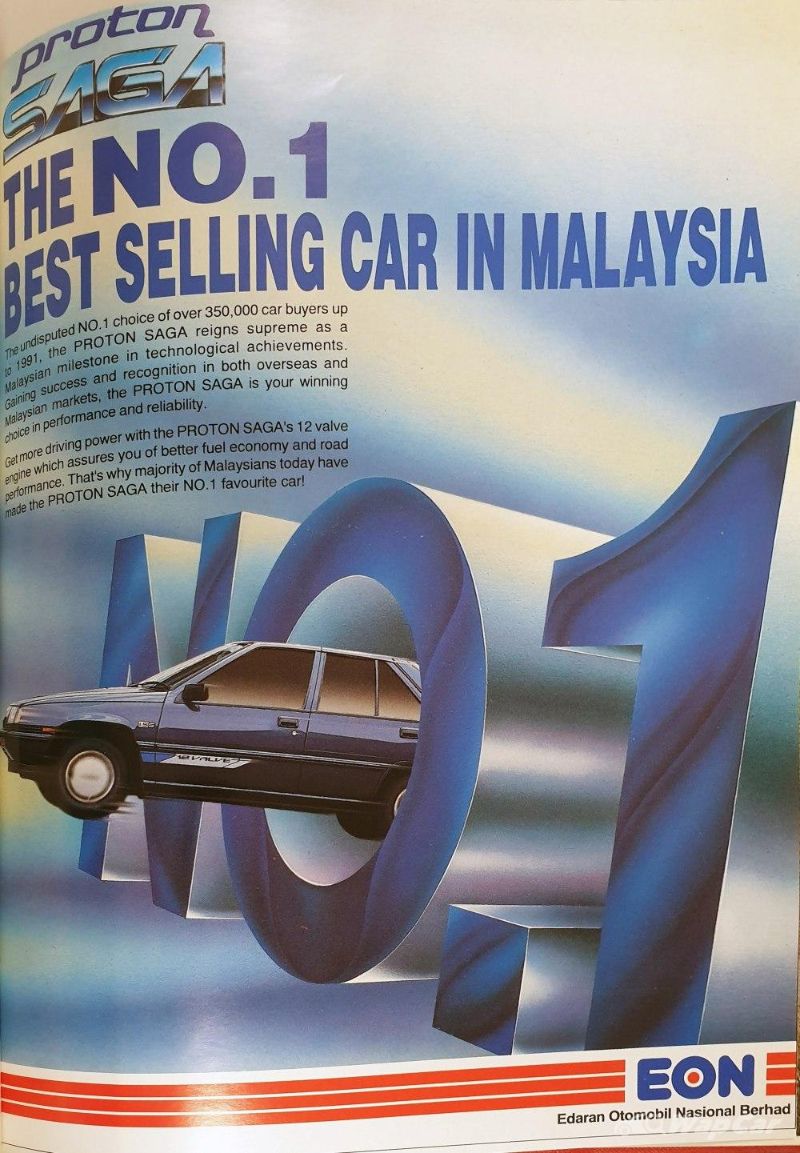 EON essentially had a foothold in Proton’s marketing as Proton was merely just a manufacturer and they seem to spend quite a lot on advertisements even though its position at the top will never be toppled. Yet.

EON wouldn’t be alone in distributing Protons as another local company was seeking to literally diversify itself into the automotive industry in the early 1990s.

In 1991, a struggling textile company called Imatex Bhd was taken over by Diversified Resources Berhad (DRB) which was chaired by Datuk Yahaya Ahmad. At the time, DRB was also in the automotive assembling business as well as being the distributor of Isuzu trucks in Malaysia via ACM Sdn Bhd. 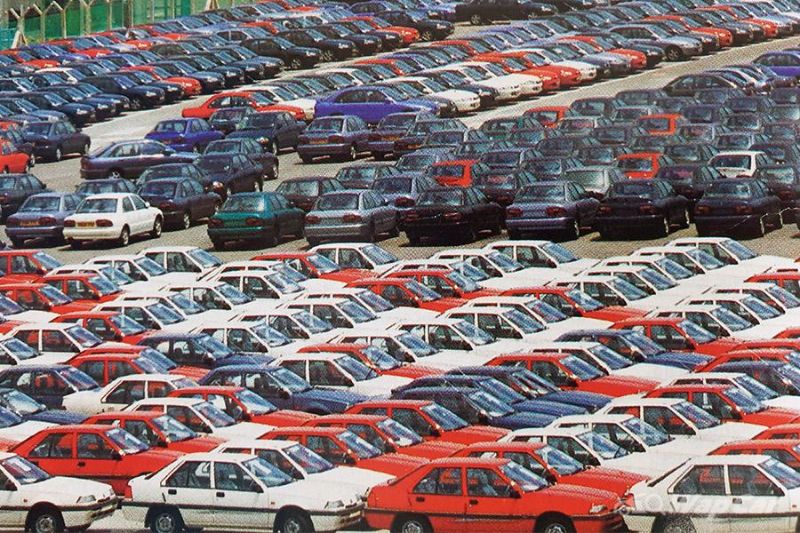 Cars were a big thing for Yahaya as he started off as a salesman for a Jaguar distributor before setting up ACM in 1979. ACM would then start to assemble Isuzu, Mitsubishi, and Tata commercial vehicles in the country but one of his biggest breaks came with Proton. 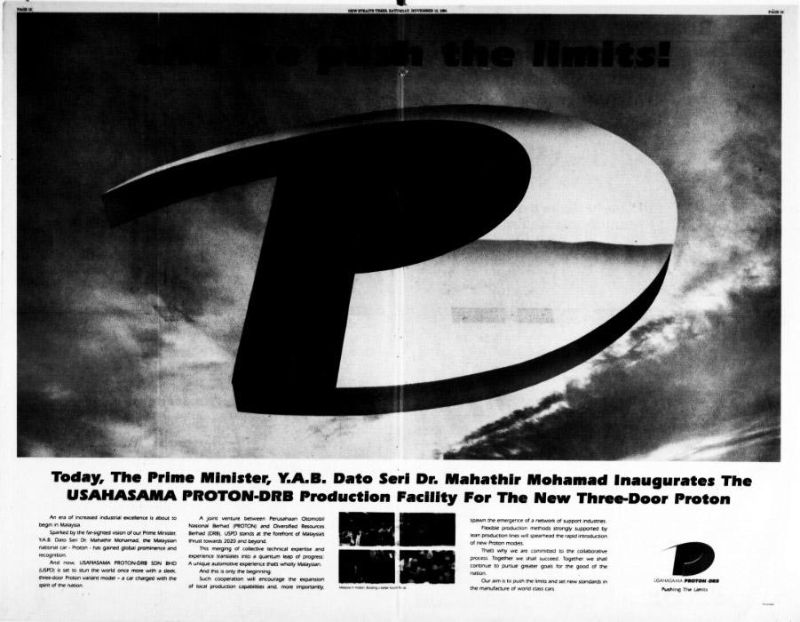 Though the ‘national’ carmaker was dominating in sales, production couldn’t keep up with demand and Proton only had one production plant in Shah Alam. Seeking to further diversify its vehicle assembly knowledge beyond just trucks, DRB would sign a joint venture with Proton in 1994 forming Usahasama Proton-DRB (USPD) Sdn Bhd. 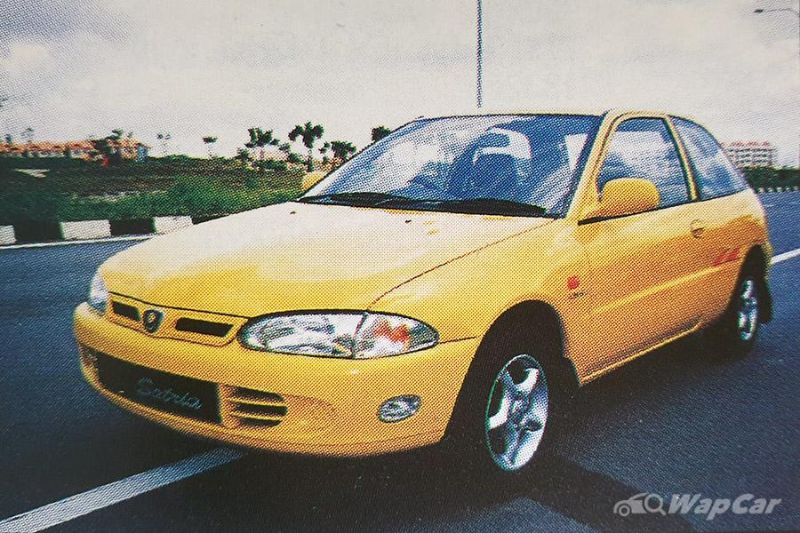 The first model that was announced from this joint venture was the Proton Satria and it was sold exclusively at USPD dealers instead of EON. The models that would eventually be sold by USPD would be built at DRB’s Pekan plant instead of Proton’s Shah Alam factory. 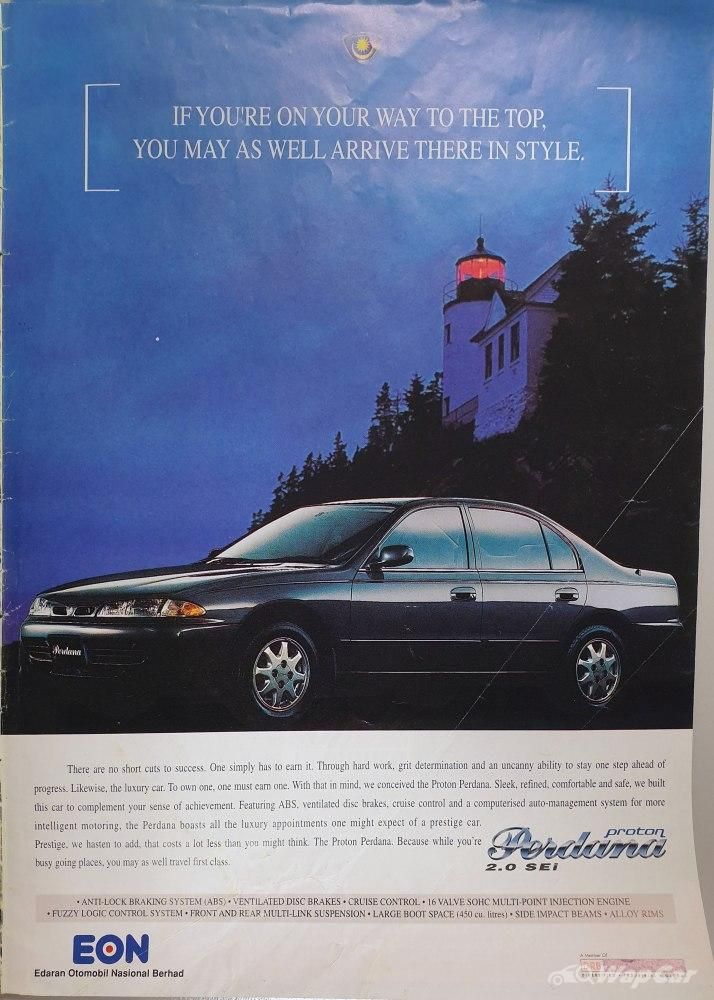 To also further differentiate between the two dealers, the models sold at EON were mainstream sedans like the Iswara, Wira, and the Perdana while USPD offered cars that were more on the niche side of the market. 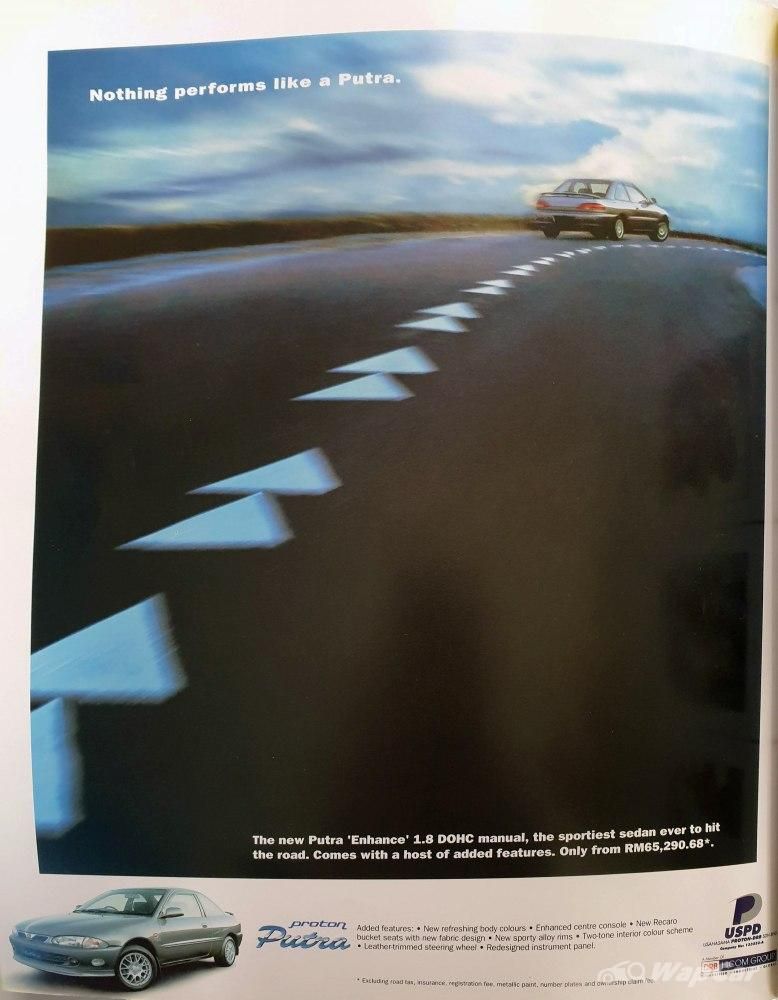 Models like the Satria, Tiara, and the Putra weren’t the exact type of cars heavily favoured by most Malaysian buyers. It was more targeted at younger buyers who wanted something very different from their parents’ usual sedans.

Also read: Driving this restored Proton Putra is like time-travelling to Malaysia's glorious motoring past 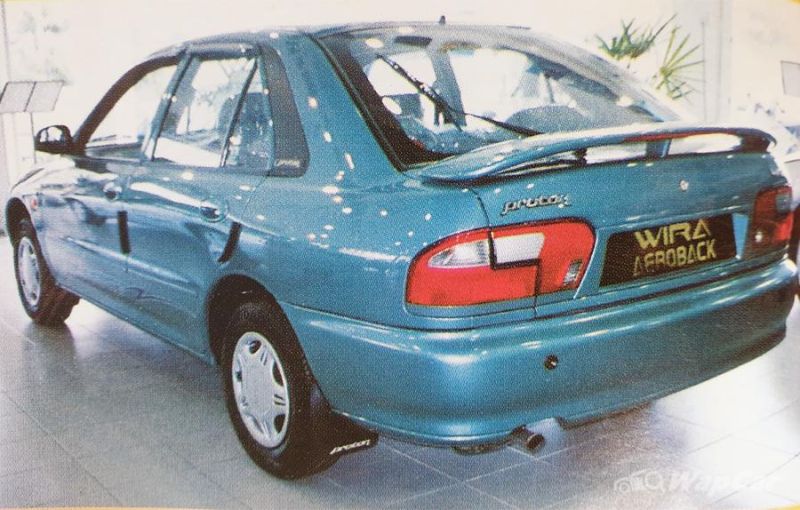 Eventually, the USPD dealers would also offer the Aeroback versions of the Iswara and Wira. Though it wouldn’t be obvious at the time, behind the scenes, it seemed that USPD was being more favoured over EON when it came to which dealer network would offer newer Protons.

DRB would eventually merge with HICOM in 1996 to form DRB-HICOM and thus, fulfilling Yahaya’s dream of being in charge of a carmaker. A partnership agreement was made with Citroen which would see a few more Citroen models besides the AX-based Tiara to be rebadged at the time including the Saxo hatchback. 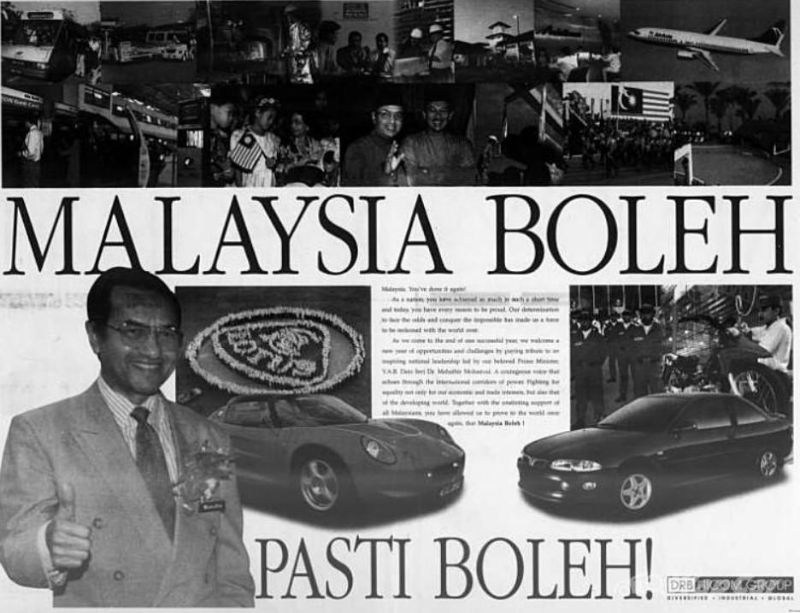 Tragically, Yahaya was killed in a helicopter crash in 1997. He would not live on to see his company take complete control over Proton and the Citroen deal fell through. That year also brought much turmoil to USPD and EON as car sales took a hit following the Asian Financial Crisis and it would take years for sales to recover.

The end of separate dealer networks

Following DRB-HICOM’s merger, there were rumours that EON would lose its exclusive distribution rights to sell Proton cars. Buyers already have a choice of two dealer networks to get their desired Proton models and although the models offered by both channels were different, things were about to be streamlined. 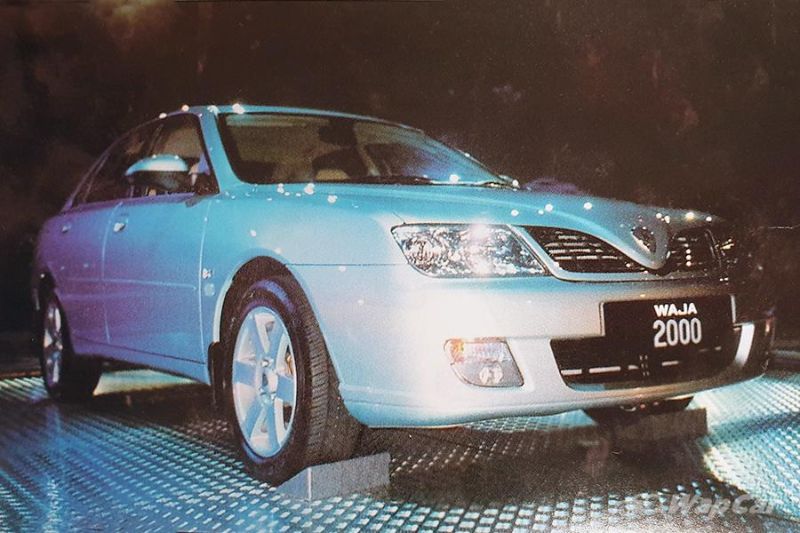 When the Proton Waja was launched in 2000, Malaysia’s first homegrown car would be the first Proton to be sold at both USPD and EON dealers. Around this time, Proton started to take over USPD and renamed all of its sales branches as Proton Edar.

Also read: 20 years later, is the Proton Waja a dream or a nightmare?

EON was panicking its survival and this was further exacerbated when a Proton print ad in 2001 ruffled up the feathers of everyone working in the company. For context, EON dealers were notorious for forcing customers to buy fully accessorised variants of their desired models and Proton was reportedly very unhappy with that. 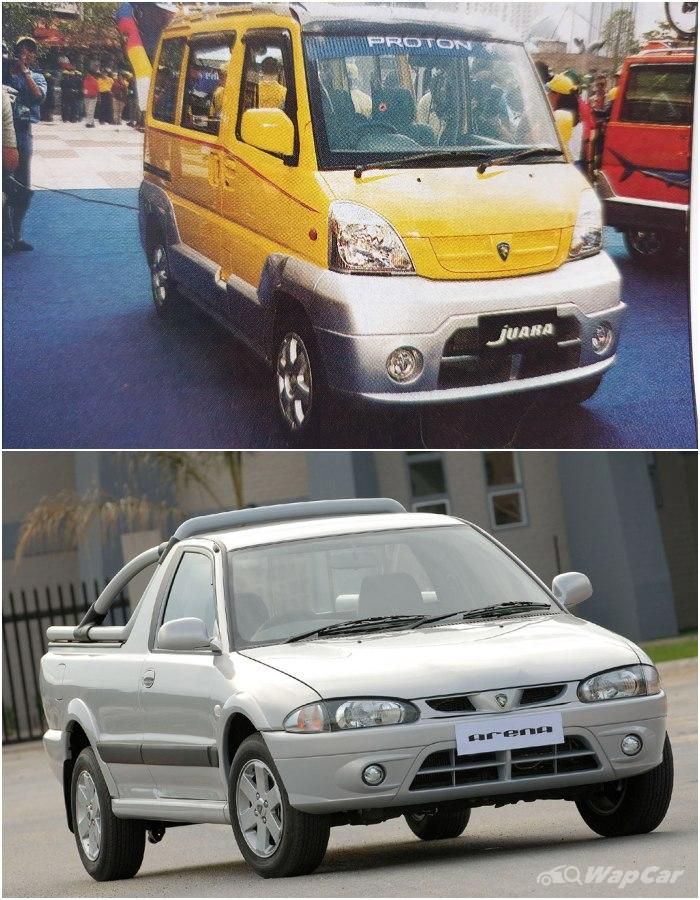 That was merely a rumour as Proton was reassuring EON to the press that it is in safe hands when it comes to the sales and distribution of its models. Yet, Proton’s next new models, the Juara and Arena would only be exclusive to Proton Edar dealers. 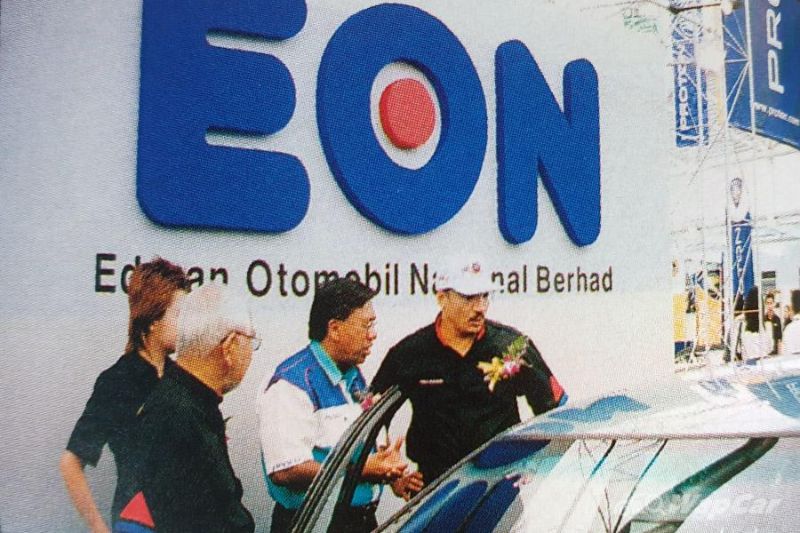 EON’s presence within Proton would slowly be diminished up to the mid-2000s. From a peak of 71% in 1994, EON’s share of the passenger car market dropped to only 22.5% in 2003. That year also saw EON signing a super dealership agreement with Proton and Proton Edar that would see EON dealerships continue to be supplied with Proton models. 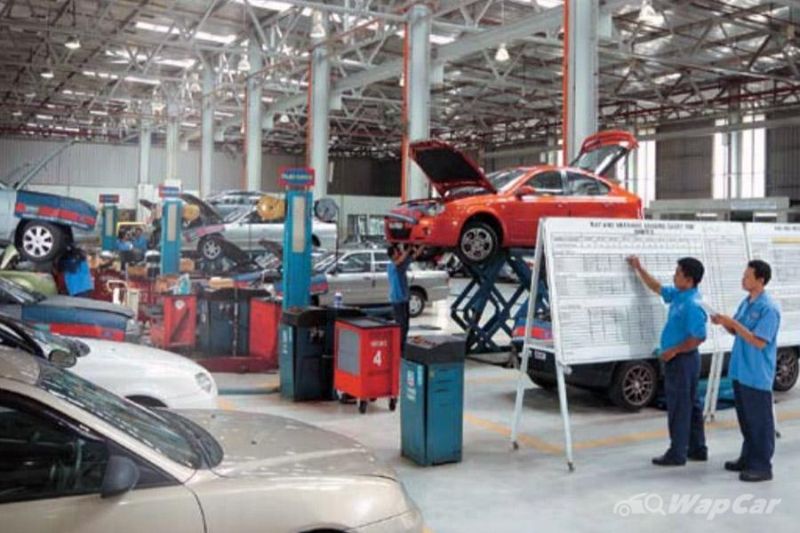 It was meant to last for 5 years and there were a few requirements like EON dealers to share the same Proton corporate identity as the Proton Edar showrooms as well as being committed to selling at least 100,000 cars per year. 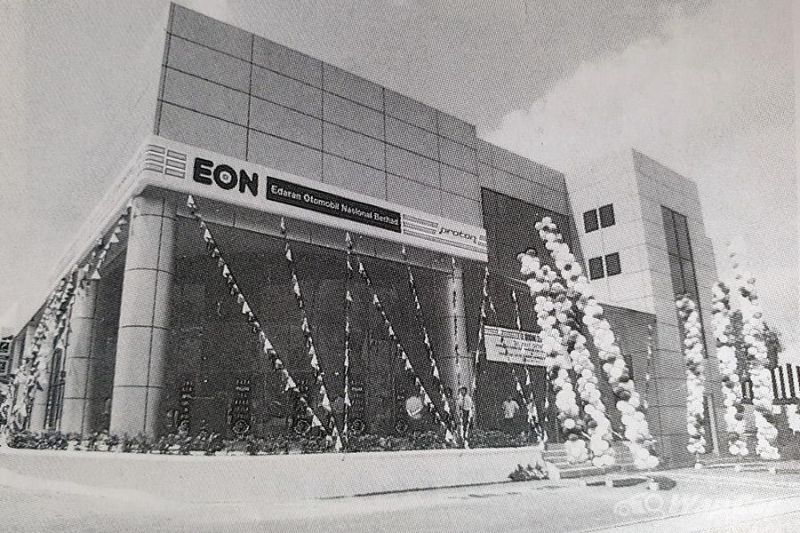 Unfortunately, this would spell the demise of EON’s association with Proton and every EON brand identity had to be scrubbed off, reduced to a literal name on the signboard as Proton’s logo took centre stage. EON’s sales would continue to drop further just as Proton lost its once unbeatable top position as the best-selling carmaker in Malaysia by Perodua. 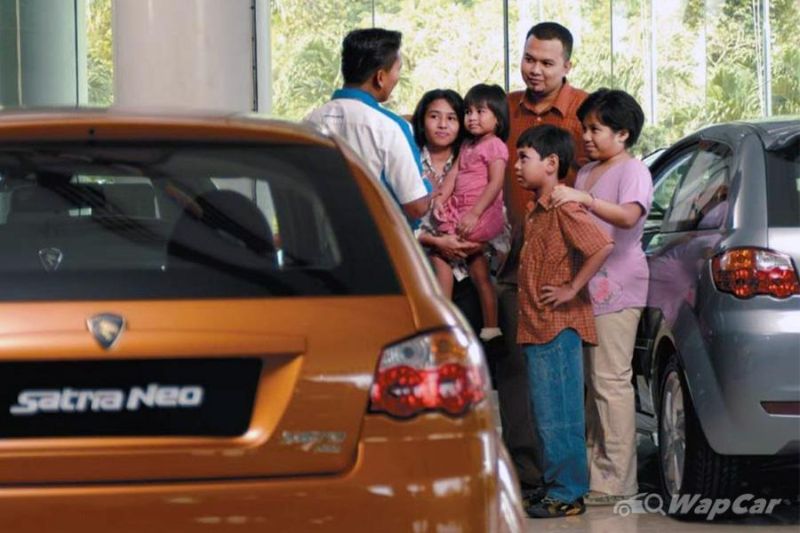 The saga between EON and Proton came to a head in 2006 when the Malaysian carmaker only controlled 32% market share, its lowest since 1986. Of the 115,539 units sold at the time, EON only contributed 29% of sales. 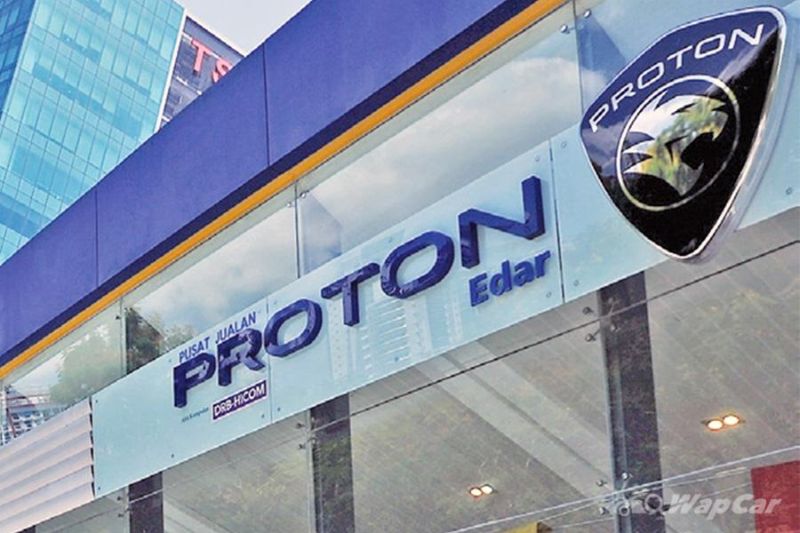 According to EON's 2006 annual report, there were only 43 sales branches throughout the country, a major drop from 120 three years ago. EON’s presence as a Proton sales dealer was diminished and in 2012, DRB-Hicom consolidated it with Proton Edar, ending EON as Proton’s distributor.

It wasn’t quite the end for EON though as it would continue to sell other brands including Volkswagen and Audi under Euromobil, Mitsubishi under EON Automart, as well as Suzuki, Hyundai, and Inokom under EONMobil. 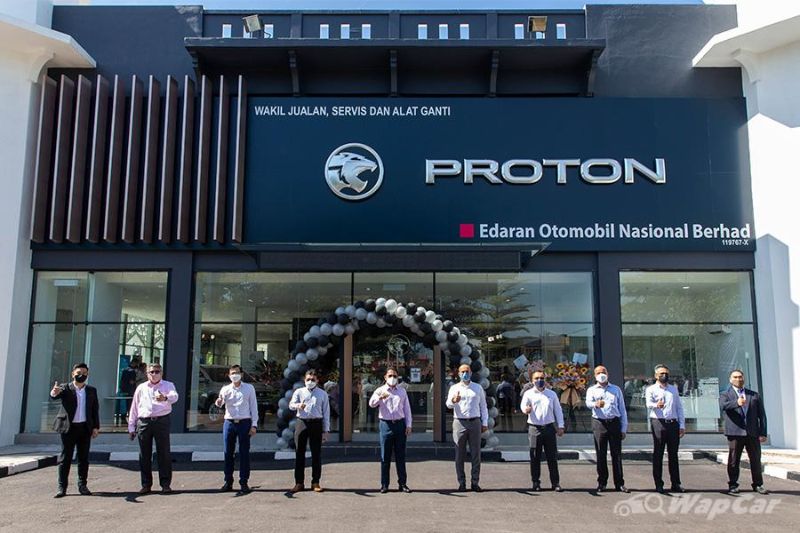 However, in 2020, EON made a comeback to selling Proton cars as the Malaysian tiger underwent a restructuring exercise to focus on manufacturing. It took over 10 Proton Edar dealers around Peninsular Malaysia but aside from the EON name on the billboard, it’s essentially similar to any other Proton showroom. 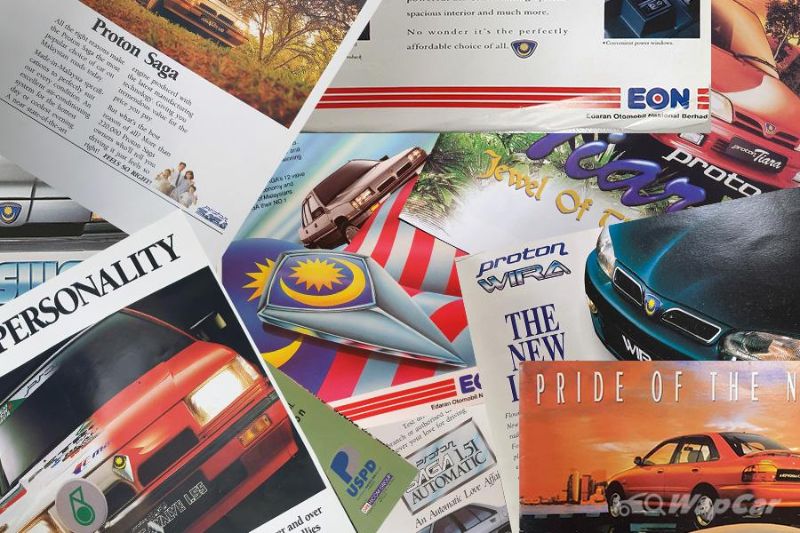 While Proton’s sales journey began with EON, it would become redundant once the carmaker took over sales and distribution. USPD is gone for good and even though EON is still around and recently re-entered selling Protons, we won’t see the prominent return of those iconic red and white billboards.