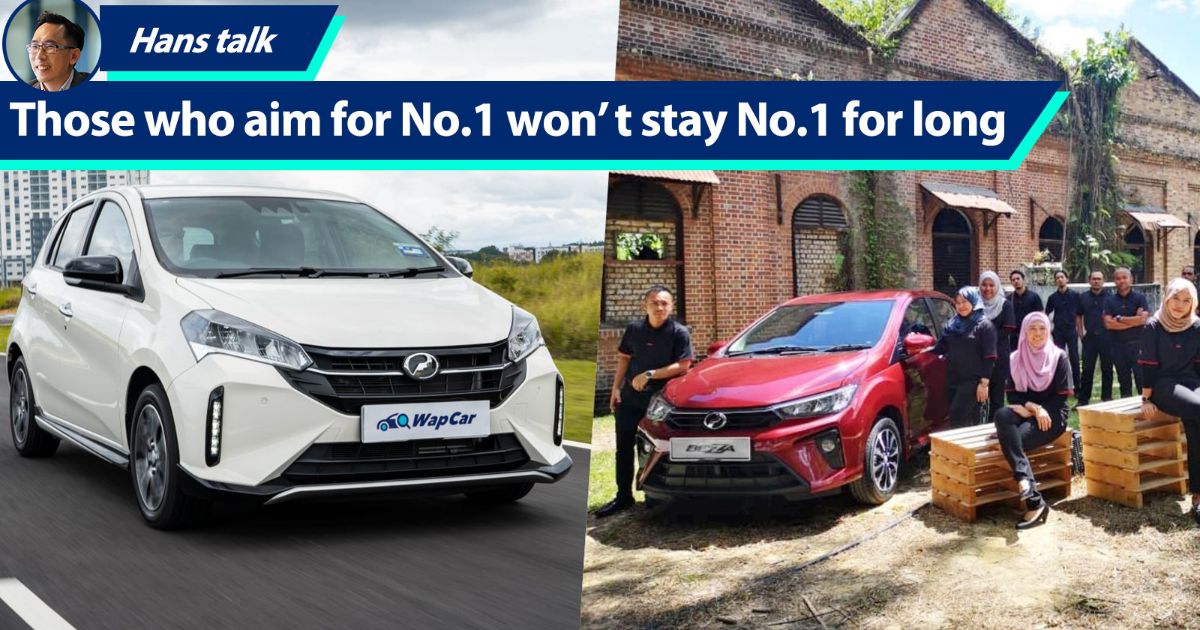 As Malaysia’s No.1 selling car brand, it is easy to assume that Perodua is all about numbers, Ringgits and sense. While that is still true to a certain extent - because Perodua certainly didn’t become No.1 by pandering to frivolous demands - this one-dimensional view of Perodua as a giant monolith of an organization that only cares about achieving the highest sales numbers is wrong. 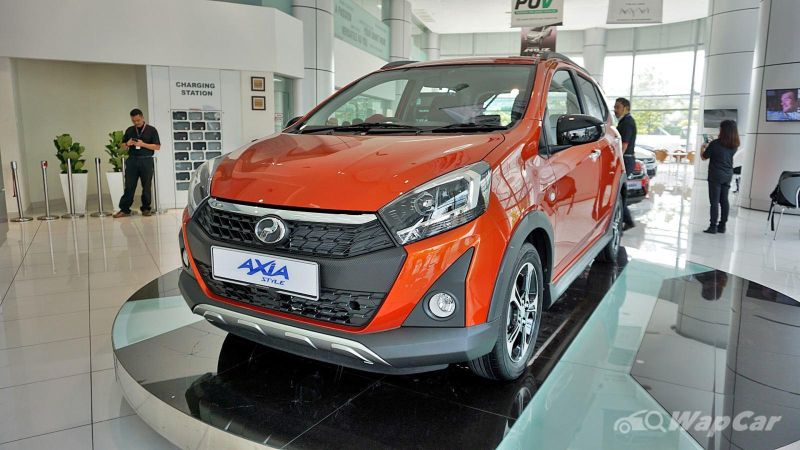 For outsiders, it is easier to understand Perodua as a rationale, logic-driven organization that marches its staff on strict numbers-driven key performance indicators (KPIs).

The truth is that Perodua sees itself less as the country’s No.1 car maker, but more as a Malaysian arm of a Japanese dojo, a place where young Malaysians learns and seek wisdom, except that this dojo also happens to make cars. 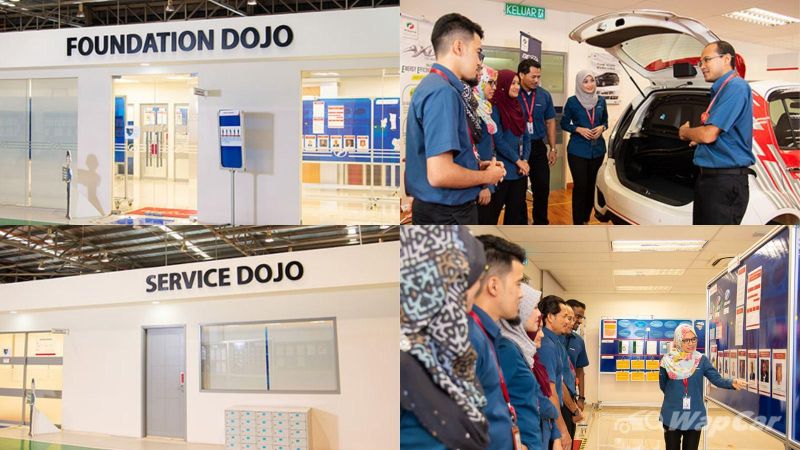 Achieving No.1 sales position – something which others will see as success - is actually not the goal of Perodua.

This may seem hard to believe but to Perodua, becoming No.1 is merely the byproduct of the wisdom and learnings gained from their dojo.

The goal is to master the immeasurable – Westerners won’t understand it, but they can try to understand it as a school leaver entering some kind of Mr. Miyagi “Wax on, wax off” training. If you are born in the 2000s and don’t understand the '80s cultural reference, then think of it as a Mr Han’s “Jacket on, jacket off” moment.

In fact, Perodua doesn’t seek to hire the best and the brightest graduates, or those with the highest IQ and have fancy paper qualifications. Perodua evaluates and chooses who it wants to work with, including its suppliers, based on this most important criterion – character. 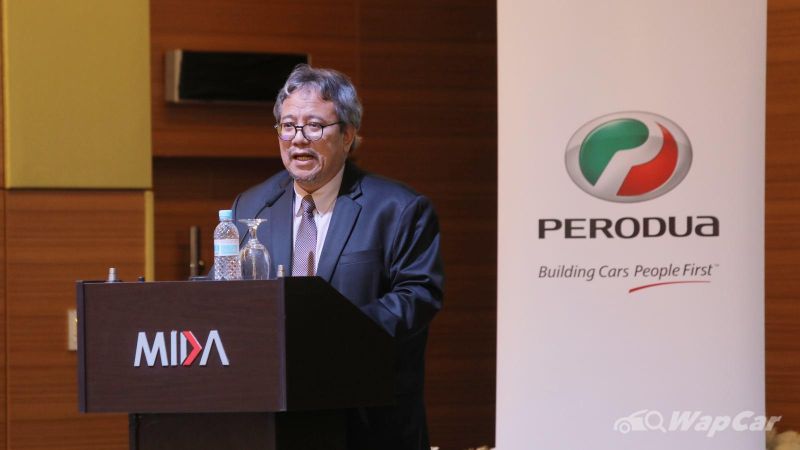 Speaking at the recent launch of the MIDA-Perodua Digital Transformation Ecosystem for local parts vendors, Perodua President and CEO Dato' Sri Zainal Abidin Ahmad explained that production volume and technical expertise is not the main criteria to be part of this MIDA- and Perodua-supported vendor digitization project, “For Perodua, if you don’t have the expertise, if you don’t have the financial capability, but if you have the eagerness to learn, surely you will be chosen and we will develop and teach you accordingly.” 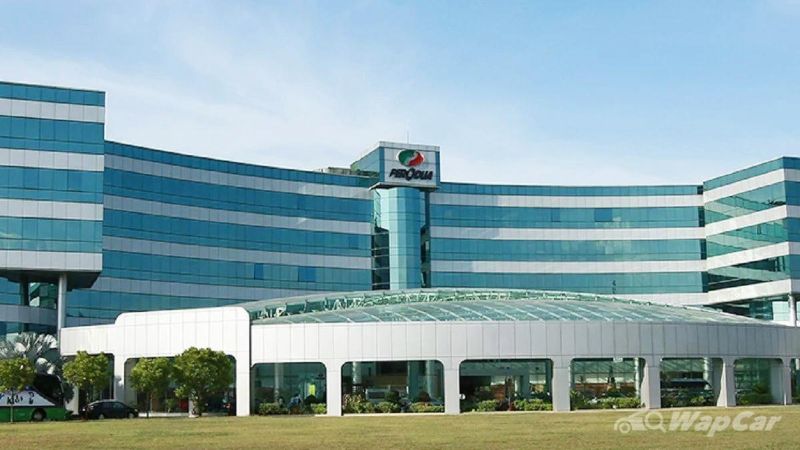 When asked about the volume targets and how success of this project is measured, Zainal explained “We don’t look at volume as one of the key KPI.

“But what we focus is what we call process KPI. Process KPI means it doesn’t matter how much you achieve, or whether you achieve the results towards the end, but the process of achieving the results is very important.

“So what is the process? It means culture development, people’s development, discipline, process improvement, the QCD (Quality, Cost, Delivery) – the moment you improve these items, whatever target you put towards the end, will eventually be achieved.

“So for us, it is slightly different, we don’t focus so much on the end result, but we focus on step-by-step improvement, focusing more on human development, building up our culture, as well as process improvement.” 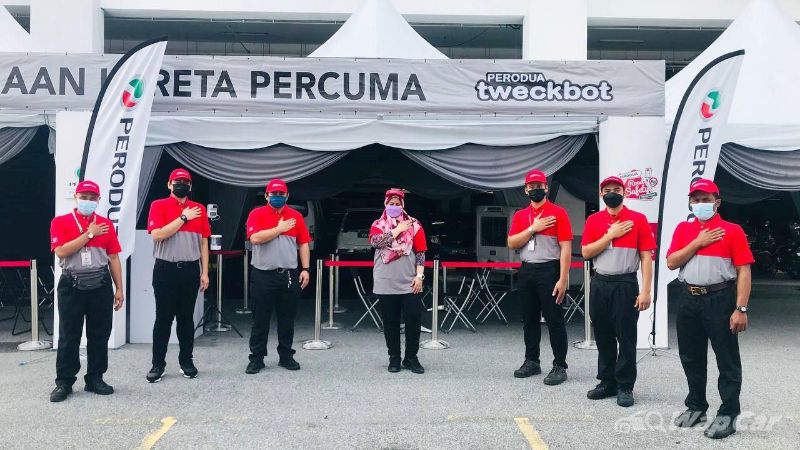 This Japanese way of thinking is very different from Western (specifically, it’s American) management approach that says “If you can’t measure it, you can’t manage it.”

But look at where GM and its numerical objectives and quarterly targets’ have lead it today, likewise the Carlos Ghosn era Nissan Power 88 strategy, which aimed for 8 percent global market share and 8 percent operating profit, and we all know what happened to Nissan since.

Then there was the Martin Winterkorn-era Volkswagen Group and his grand Strategy 2018, which aimed to topple Toyota to claim the No.1 position by selling 10 million cars. In the end, Volkswagen only succeeded in toppling itself, because Winterkorn's obsession with becoming No.1 drove VW engineers so hard that they created the Dieselgate scandal.

All these men who were hailed by the world as visionary business leaders never understood that their organization had never internalized the foundation necessary to attain Toyota's level of success - the right way of thinking and the character required. The outcome was as what Toyota had quietly predicted.

More importantly, these Western leaders never understood that Toyota's No.1 position was a by-product of the many boring things that they do daily, and being No.1 in sales volume was never Toyota's main goal.

As a student of Toyota, Perodua understands that the path towards success is a lot more important than success itself because markets will always be in flux, and there are just too many variables that could potentially throw your plans off course.

For the Japanese, the aim is not to be No.1, because after you’ve become No.1 you can only become No.2 next. 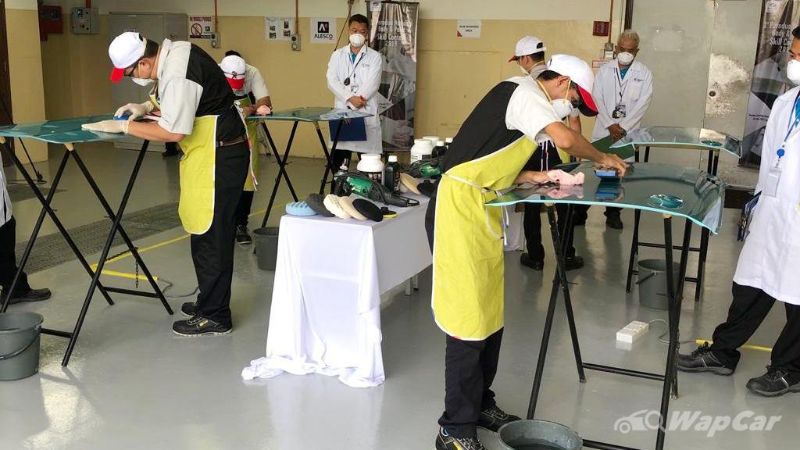 For Toyota (and by extension, Daihatsu and Perodua), the goal must be to reach a state of perfection that can never be achieved. This goal can be very simple. In manufacturing, zero waste and zero defect are the goals, but zero is a figure that can never be realistically achieved, so it's an endless endeavour.

This is a very important difference from the Western mindset, hence the word ‘continuous’ in continuous improvement, or kaizen.

The videos below are unrelated to cars, but show how powerful a kaizen mindset is.

Achieving zero defect is not difficult. It's a matter of throwing enough money at the problem. Hire a lot more people and buy all the test equipments available to test every part (or as many as possible) that arrives at the plant, and add quality gates at every station along the assembly line. This is what fast growing Korean and Chinese manufacturers are doing.

But Toyota teaches the oppossite - why do you have to add more job processes, waste more manpower on checks that shouldn't have been necessary in the first place, and create waste by throwing away parts? For Toyota, the correct thought process is to ask, "What is the root cause of the defect in the first place? Fix that and you will eliminate waste, and your resources are better spent on more value-added work."

Hence, the goal of zero defect is tied with zero waste - meaning there shouldn't be a need to throw away defective parts, or burden staff with jobs that shouldn't be required. Toyota calls this eliminating the 3 Ms - Muda (waste), Muri (overburdening staff or equipment), and Mura (uneveness in pace of work, production demand).

Why zero? Why not a 100% score like a school exam? Because 100% implies doing more to achieve more while zero implies less, and the goal here is to simplify. These little differences reflect the Japanese mindset.

Achieving zero Muda, Muri, and Mura is impossible, but it's an endless journey striving towards perfection.

Perodua is not saying that quarterly targets or numerical KPIs are not important. Part of kaizen involves numerical targets, but putting numerical targets without the right context often lead to weak managers promoting short-term, quarterly-based thinking.

In contrast, a kaizen-oriented mind will embark on an endless, life-long learning process, and part of the learning process sometimes involve pausing, contemplating, or even failing, which can lead to missed targets.

In the context of Malaysia, it can be said that Daihatsu’s Perodua has been a better student of the Toyota Way of thinking than even UMW Toyota Motor themselves. 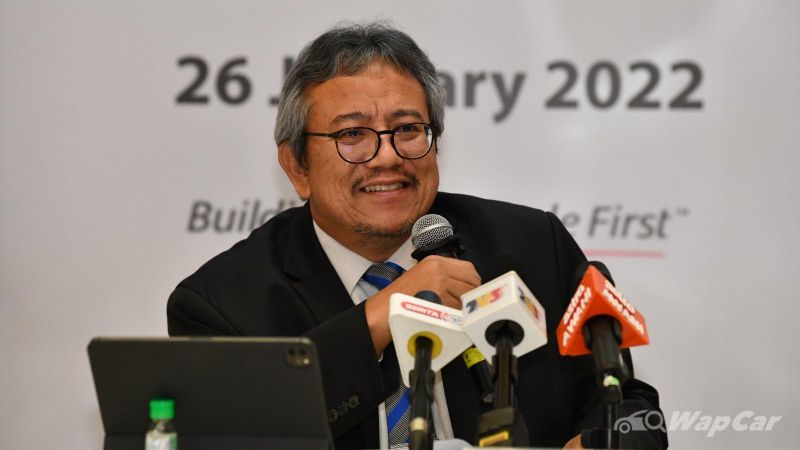 This is shown by the very gemba-driven (Japanese speak for our local phrase ‘turun padang’) Perodua CEO Dato’ Sri Zainal, who managed to get Perodua vendors affected by the great Shah Alam flood last year to resume operations in just 3 days. 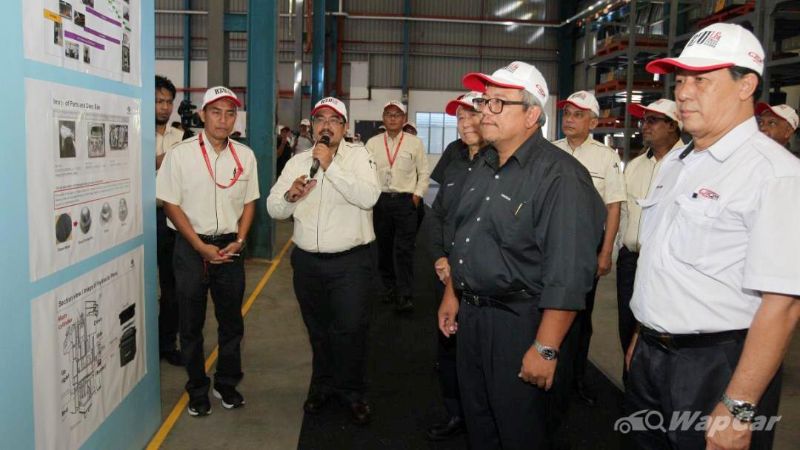 As a result, Perodua came out of the flood disaster in a much better shape than rivals. This was possible because immediately after the flood, the CEO himself personally surveyed the vendors' damaged sites, and since he walks Perodua’s own plants’ floor and understands the inner workings of the company’s operations (as opposed to just barking orders), he instinctively knows in what capacity Perodua can assist its vendors and how to get it done quickly.

Also read: The real reason why the great Shah Alam flood didn’t affect Perodua as much as Proton

While other manufacturers are raising prices due to soaring raw material cost, Perodua had actually slashed prices of its latest 2022 Perodua Alza! This is Muda elimination at work, and the savings and passed on to customers.

In times of adversity, EQ trumps IQ, because there is only so much one person, even the smartest person, can achieve alone. 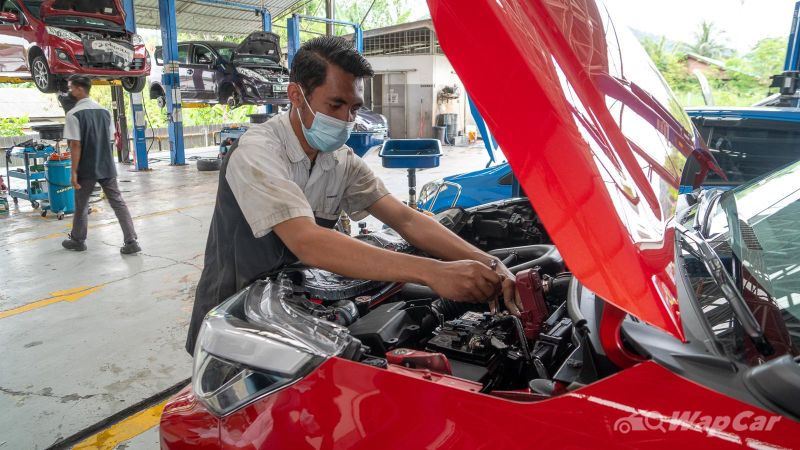 “Perodua is working with our suppliers and dealers to instill a certain working culture as we believe this is where good products and services come from. We focus a lot on humans, developing our human capital and our own culture. This morning, I explained to our dealers and outlets that the key thing to Perodua’s success story is culture. We have our own culture and our culture is professionalism of our human capital, and this is something that we will continuously focus on,” added Zainal. 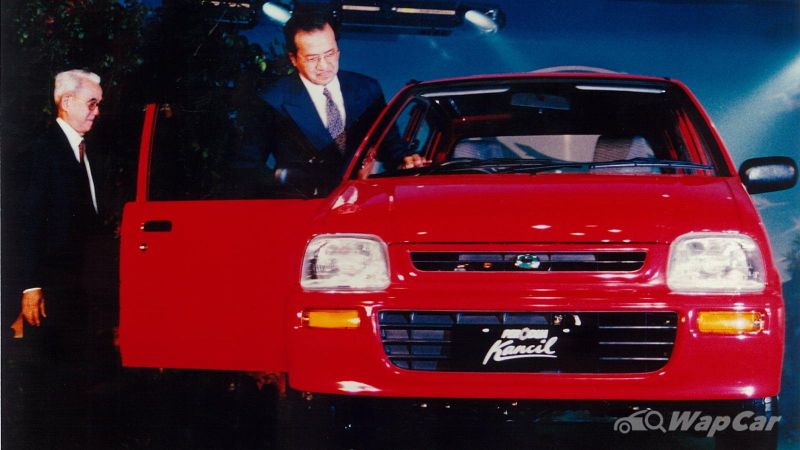 Step-by-step improvements, focusing only on things that matter to its customers, keeping a close tab on what customers are thinking, and having a strong aversion to chest thumping declaration of triumphs or grandiose visions, are how Perodua went from selling just one tiny little Kancil in 1994, to developing the 2023 Toyota Vios for Toyota Motor Corporation. The latter is a Toyota-Daihatsu project undertaken by their co-owned Emerging Market Car Company (EMCC).

From the Kancil to the Kelisa, Kenari, Kembara, Rusa, Myvi, Alza, Axia, Bezza and now the Ativa, there’s hardly any dark spots in Perodua’s history, except for maybe the Nautica, but that’s only because the Nautica was caught up in a rather political issue, which in 2022, would’ve been a non-issue.

Plus, selling a problematic decade-old car with a leaky oil cooler hose for so many years is something that can never happen in Perodua.

Even if they do keep a model on sale for nearly a decade (the previous Alza for example), that product would’ve undergone so many rounds of improvements that it would’ve be one of the most reliable cars on sale. 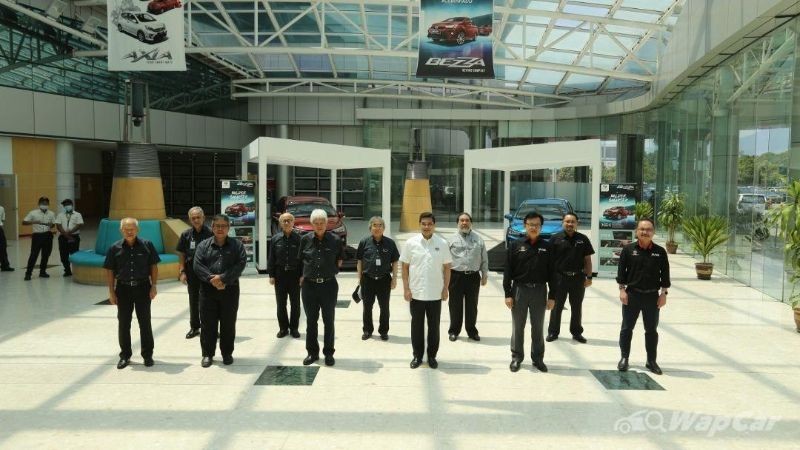 Every project that Perodua sets its mind to, will be executed well. Glitches will happen, but they will overcome it, and the learnings gained will be drummed into the minds of new recruits.

Perodua is a perfect example of how a large group of averagely talented individuals with good work ethics can trump companies made up of individual superstars.