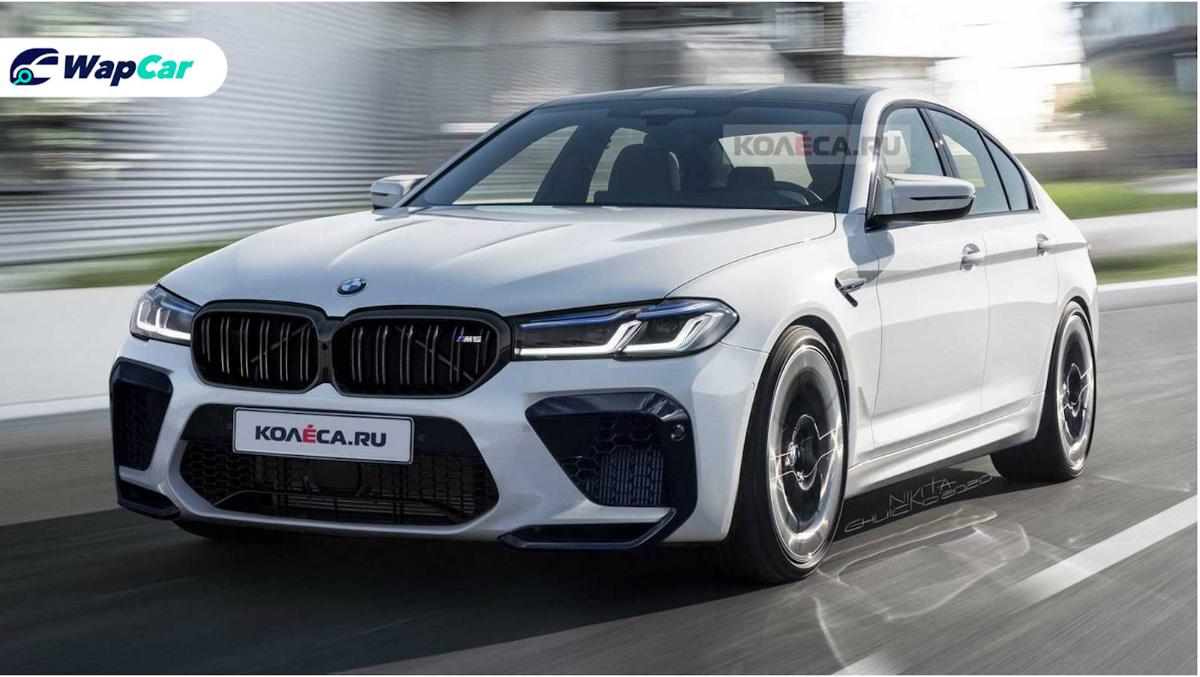 The 2021 F90 BMW M5 facelift, or Lifecycle Impulse (LCI) in BMW-lingo, will be revealed on June 17. Kolesa.ru has previewed how the facelifted sports sedan will look like. As with preview renderings, this is by no means the final product.

The design shouldn't stray too far from the recently-refreshed G30 5-Series lineup. This means the headlight unit are the same ones on the LCI G30. The LCI M5 also inherits the larger, boxier kidney grille. The grille itself will feature a twin-slat design while the M5 logo sits on the top right corner.

The airdam on the front bumper does seem bigger on these renderings, plus they're now trimmed with black surrounds. On to the rear bumper, the nip & tuck has resulted in a less fussy and neater profile compared to the current M5.

Expect slight power revisions from the mighty 4.4-litre twin-turbo V8 under the hood, which still sends power via an 8-speed automatic, to all four wheels. As usual, the M5 should come in normal and Competition flavours, with a CS model projected to sit on top of the M5 range. Word is that the CS could be powered by a newly-developed V8 engine, according to Motor Authority. We will know more about the F90 M5 LCI on June 17. Stay tuned.