HomeNewsFAQ: Definitive guide about the all-new 2020 Honda City before its Malaysian launch!

FAQ: Definitive guide about the all-new 2020 Honda City before its Malaysian launch! 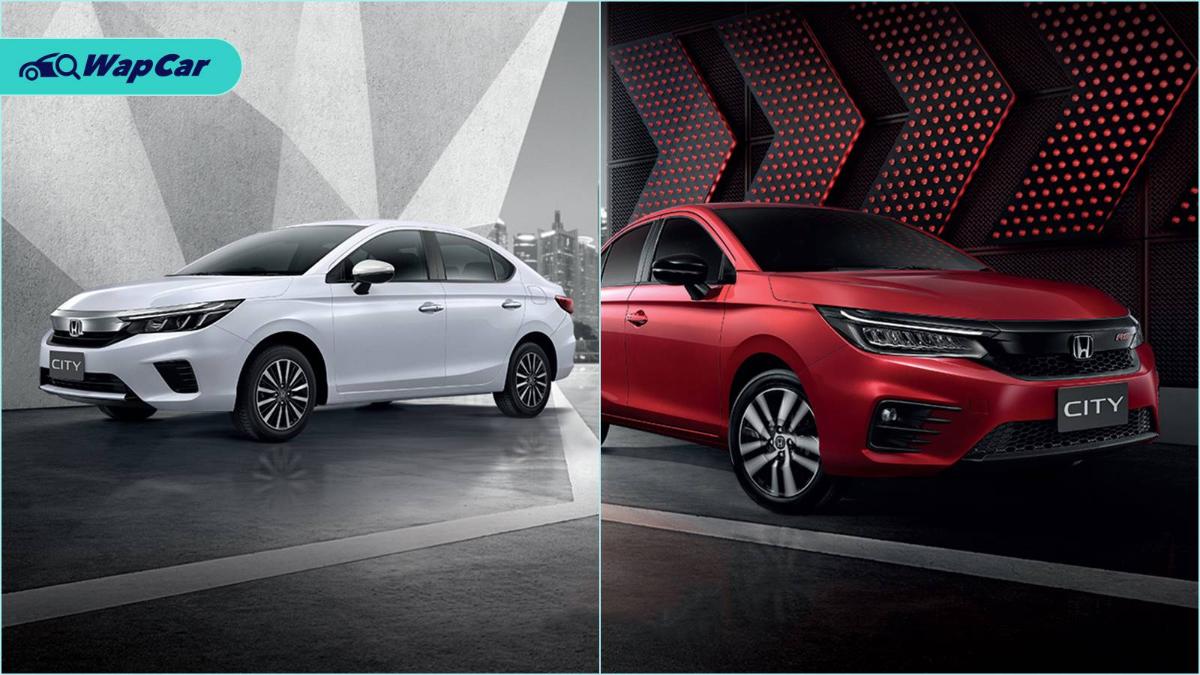 Suffice to say, after Honda Malaysia’s multiple teasers and one very, very daring ad, Malaysians are pretty hopped up on news of the all-new 2020 Honda City.

Don't confuse yourself any further - here's the definitive guide of all you should know thus far about the upcoming B-segment warrior!

Q: My WhatsApp groups have been buzzing about the engine. What’s the fuss?

The fuss is the relatively super-high torque output the City will have. 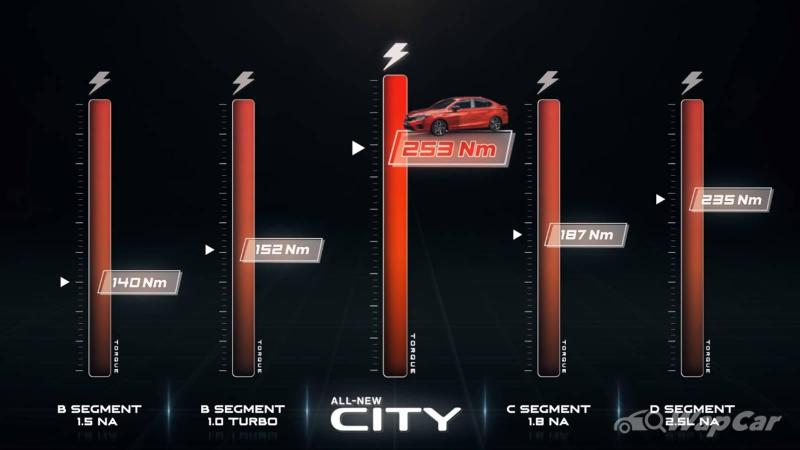 The talking point however has been the power output - 109 PS/253 Nm from the motor and 98 PS/127 Nm from the combustion engine. You can't simply sum them up (because they rotate at different speeds), so we will have to wait for the launch for the official combined figures.

It's a clever bit of kit that combines electric motors with a regular petrol engine, and the whole thing doesn't even have a gearbox! Hans has covered about this technowizadry, so grab a cuppa and click on the link!

At least, that's what powering the RS. The rest of the lineup (V trim and below) will receive the new 1.5-litre naturally-aspirated, DOHC mill that we first saw in the Indian-spec City.

This will make around 121 PS and 145 Nm (based on the Indian-spec car), and will replace the currently-installed SOHC engines. 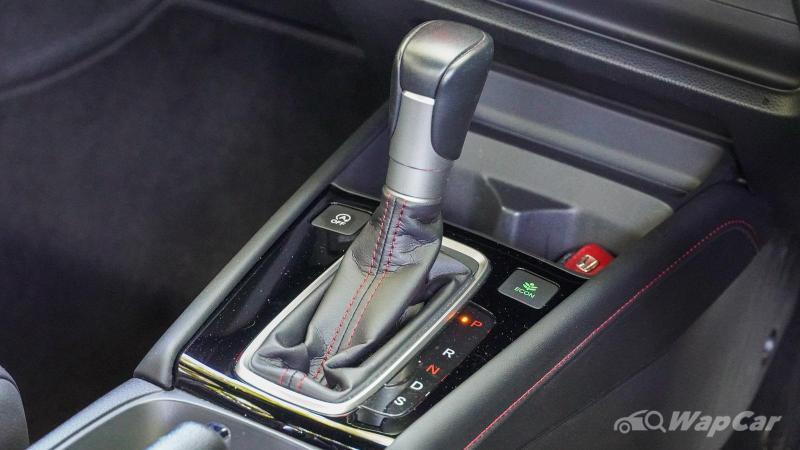 Manual gearbox isn’t very likely for us, so expect this engine to be paired with a seven virtual ratio CVT.

Q: What happened to the turbo engine? Is this at least somewhat fuel-efficient then?

The 1.0-litre turbocharged mill was developed to fit Thailand’s EcoCar regulations that entails tax breaks for cars that comply. We don’t have such incentives here, so 1.5-litre i-MMD it is for us. 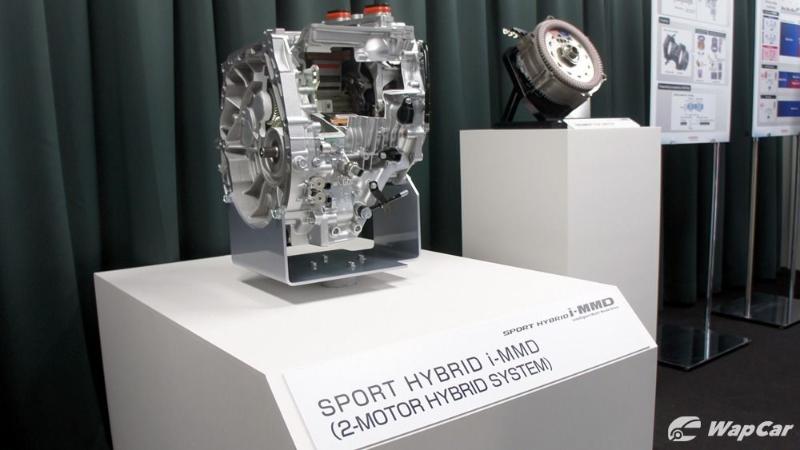 Fuel-efficiency wise, a similar i-MMD unit can be found in the Japanese-market Honda Jazz. Honda claims that the Jazz returns a fuel efficiency figure of 3.47 litres/100 km.

Of course, this number depends on driving styles and overall condition (such as car weight) too, but expect this City to make similar figures. 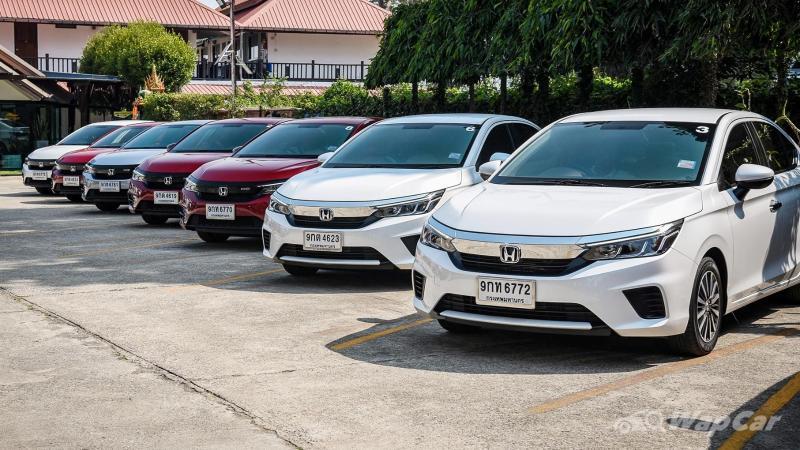 Q: Interesting. Since it's out in other countries, what have they said about ride and handling?

Specs and trims aside, reviewers from both India and Thailand have said that the City is a good step-up from the outgoing model. 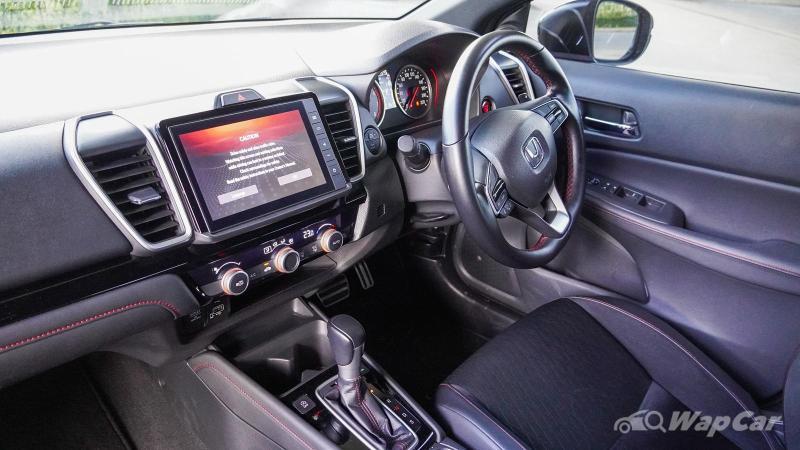 For starters, the gearbox - Indian media says that it’s one of the best CVT transmissions they’ve sampled. Pisan from our sister site, Autofun, says the transmission feels very refined. 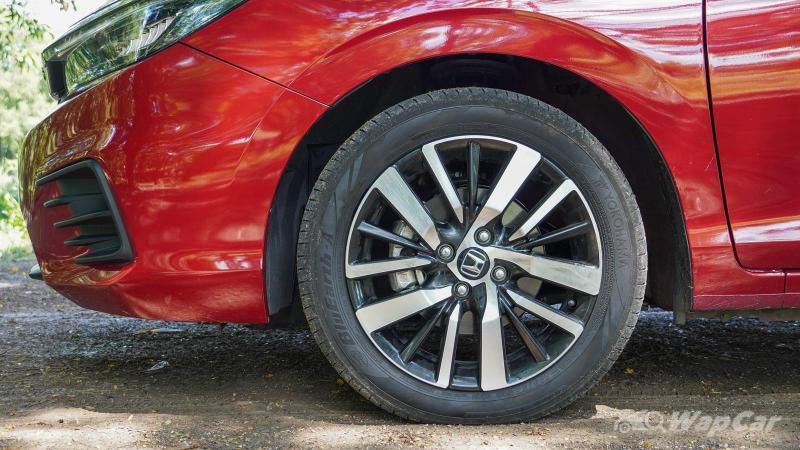 In terms of handling, both share that the City gets a little wafty around corners and when changing lanes at higher speeds. That could be because of its comfort-oriented suspension, which has also been reworked to be softer.

Initial reviews say that the interior builds on the current-gen’s plus points. However, Pisan commented that it looks and feels pretty cheap in places, particularly the dashboard. 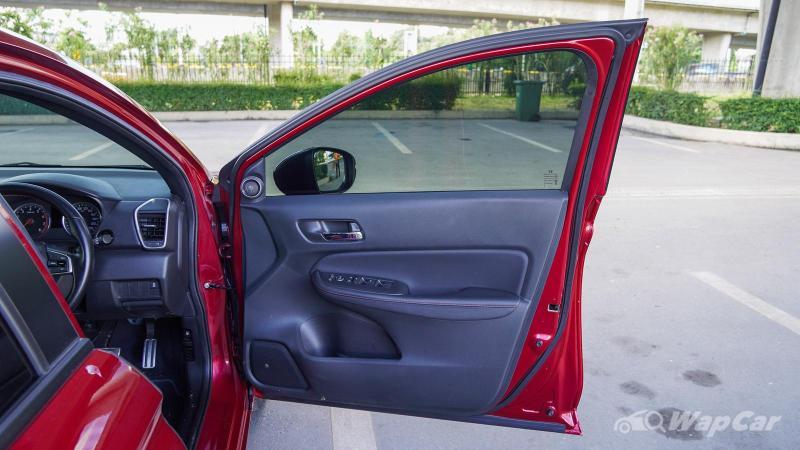 There’s additional soundproofing materials now, so NVH levels should be a bit better than it currently is. 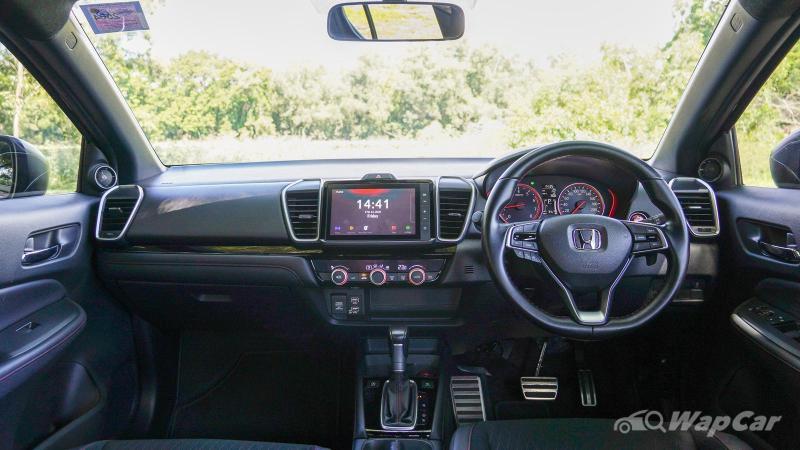 Located slightly off-centre (sorry, OCDs) is an 8-inch touchscreen that handles the infotainment system and it supports Apple CarPlay/Android Auto (at least the Thai and Indian ones do). 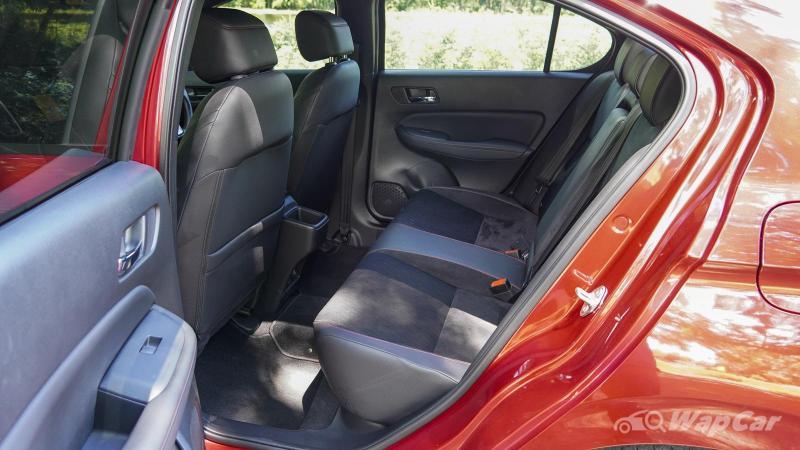 According to Autofun's review, the seats feel pretty soft and supple. Don't expect racy seat support though - our Thai colleague says passengers might be thrown about a bit when the car turns at higher speeds.

Q: What about the exterior?

Across Honda Malaysia's multiple teasers, we know at least one variant will have LED head and tail lights. 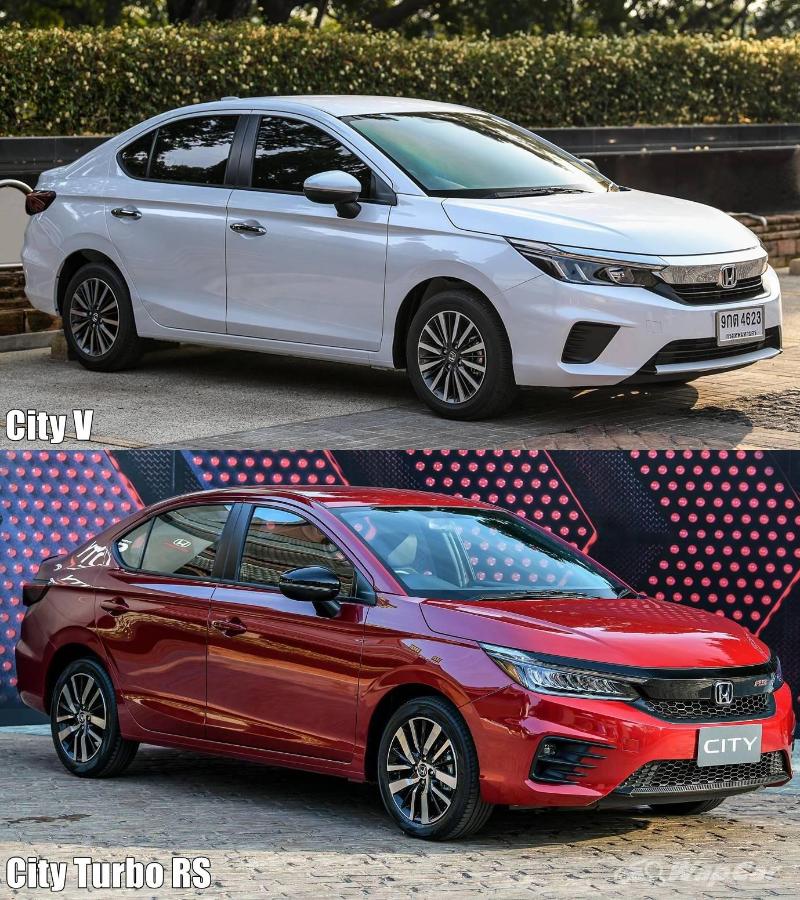 Between the range-topping RS and V are sportier bits like black trim details, different grille pattern and unique 16-inch wheels. Do note too that the headlights are different, with halogen projectors featuring on the V as opposed to the RS' LED units.

Design wise, ours should be pretty similar to these.

Q: What kind of safety features can I expect?

Honda Malaysia has confirmed the RS will come with LaneWatch. 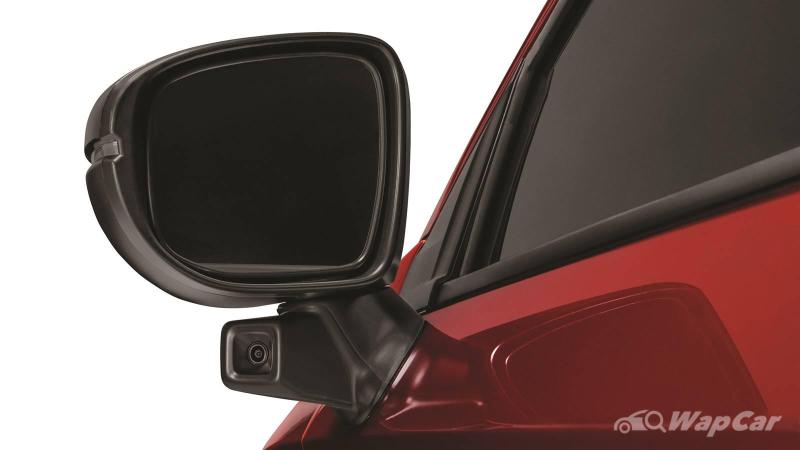 The Thai-spec RS gets 6 airbags, while V spec and below come with 4. 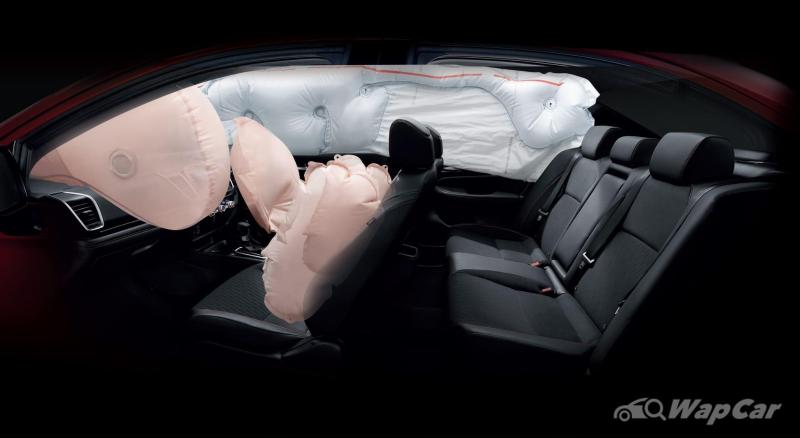 Other than that, all Thai variants comes with ABS, EBD, ESC and HSA as standard fittings. The RS gets a rear-360 degree camera as well.

Q: Has it gone on sale already?

It’s still not in showrooms, but Honda will be displaying the all-new City starting 29-August: 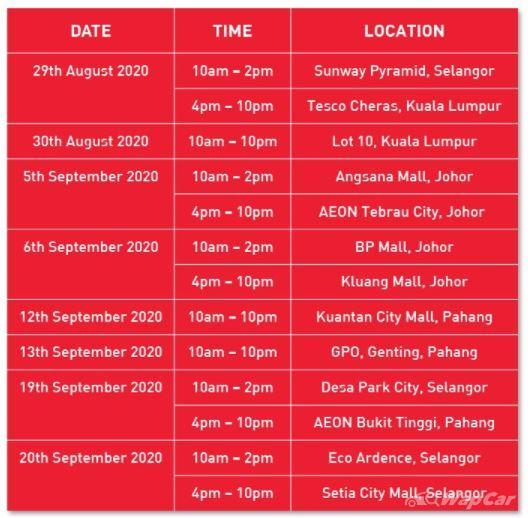 It’ll start to go on sale in Q4 2020 so that means sometime around October.

Q: Have you got prices for it yet?

Current SST-exempted Honda City prices are RM 75,295.36 (S) to RM 87,709.73 (V). Although we can only speculate the all-new City's prices in the meantime, the added features it packs now will drive the price up a little more. 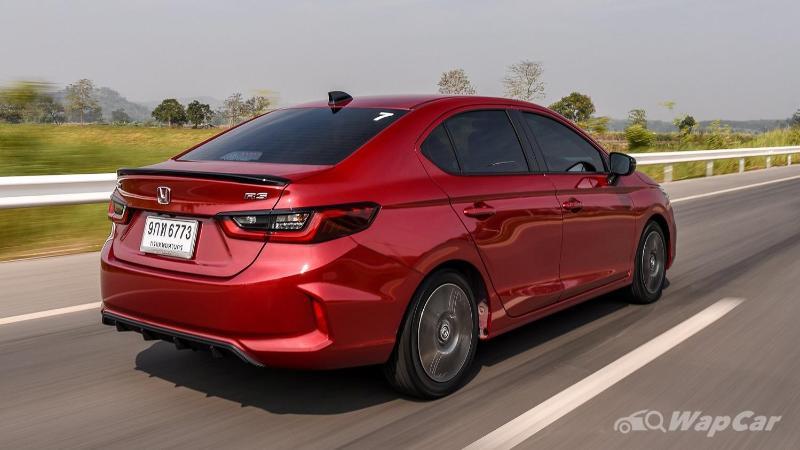 Honda Malaysia hasn’t released the official price list, but we'll update you as soon as we have it.

Q: Spicy. Any competitors I should look out for? 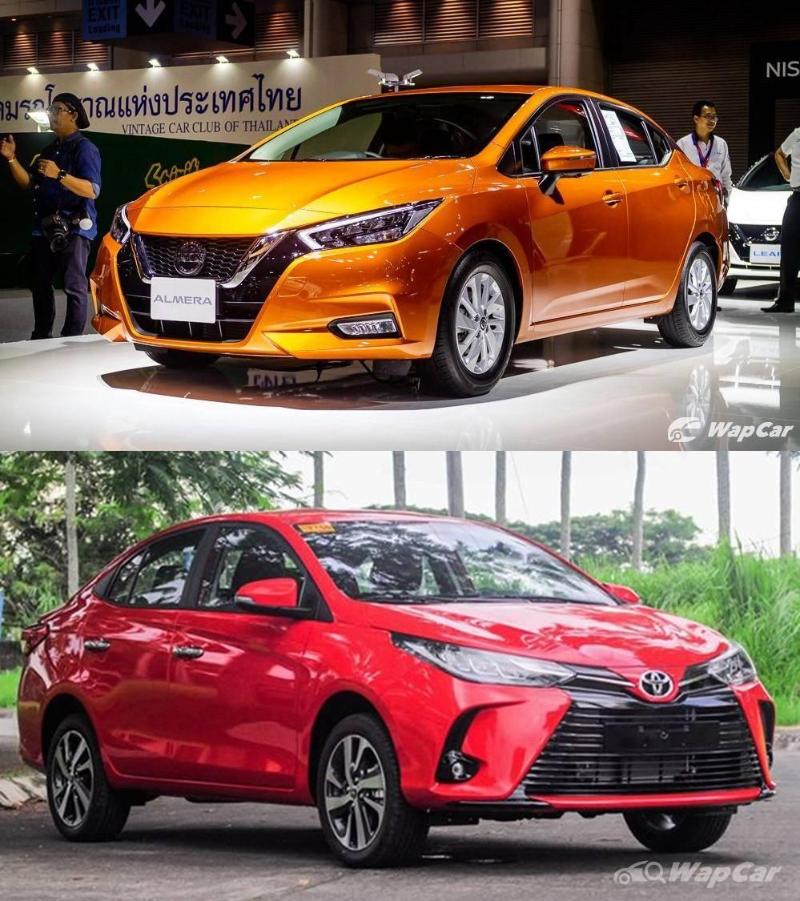 Malaysia's B-segment market will soon be super hotly contested as these slowly make their way in possibly by end of this year/early-2021.

We’ll be taking a closer look at the all-new City real soon. In the meantime, you can read this in-depth review of the Thai City Turbo RS, and watch Adrian's walkaround!