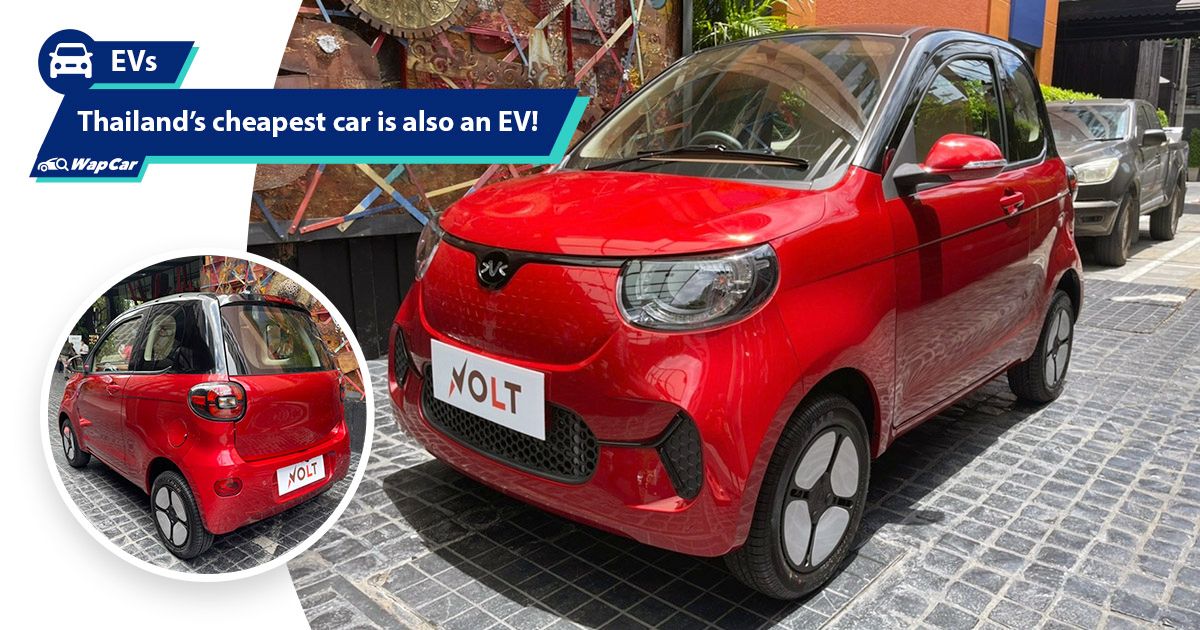 As Thailand ramps up its goal for electric mobility, it opened the gateway for plenty of new brands to make a mark in the Kingdom, mostly from China. With Ora and MG already establishing themselves as electric vehicle (EV) players among buyers, other companies are also taking notice like BYD and this little tike, the Volt City EV. 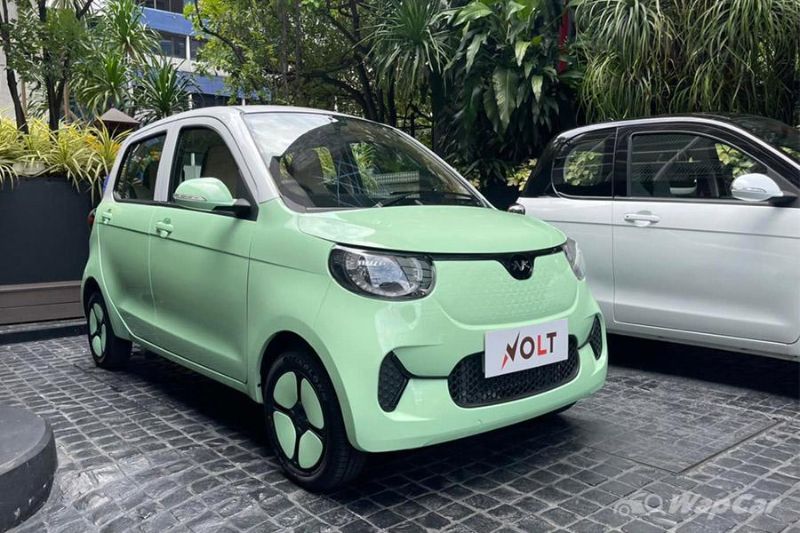 Distributed by EV Primus Co., Ltd. which also offers DFSK (remember them?), the Volt City EV is offered in 4 variants with two bodystyles, a three-door and a five-door with smartly familiar names:

This makes the Volt City EV as the cheapest car on sale in Thailand, let alone EV. The next cheapest car in the Kingdom is the Suzuki Celerio which starts from THB 338,000 (~RM 42k).

While the cheapest Celerio is very basic with no power windows and radio, the base Volt City EV is the complete opposite. You get power windows, reverse sensors, and a digital display but instead of a radio, there’s a stand where you can put your smartphone. 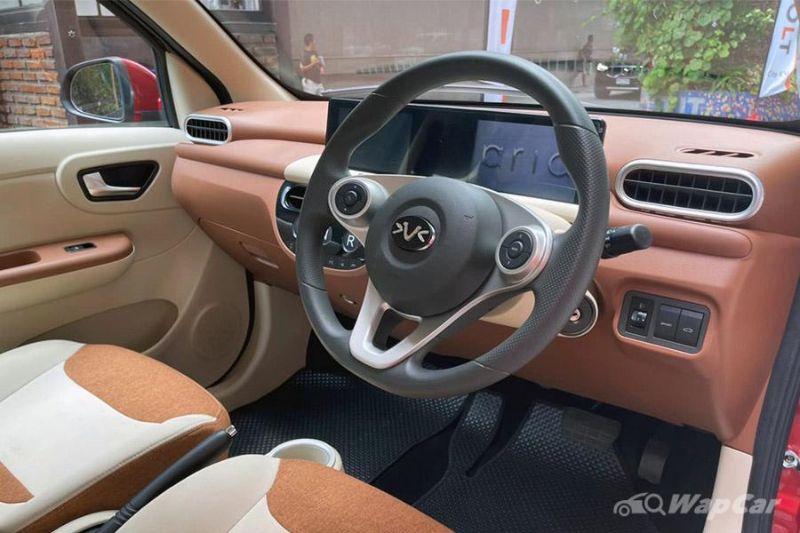 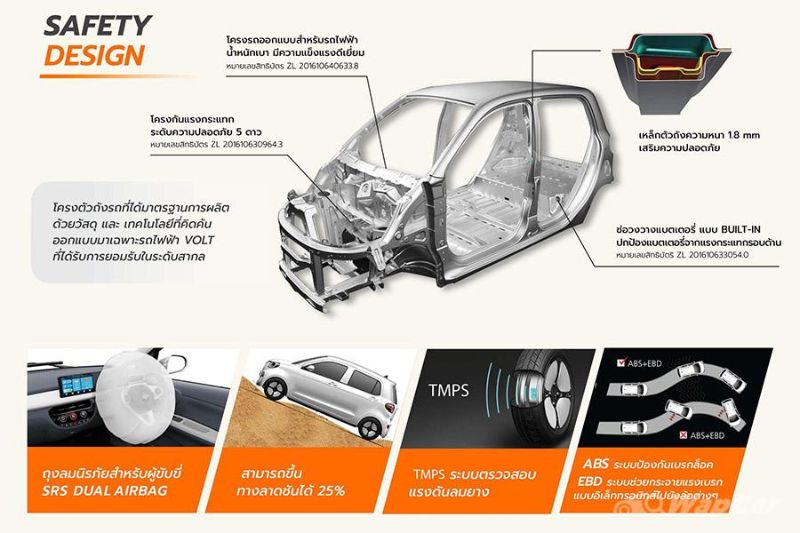 At least the Volt City EV doesn’t scrimp on the safety front either with front airbags, a tyre pressure monitor system (TPMS), low-speed collision warning, and ABS with EBD as standard. 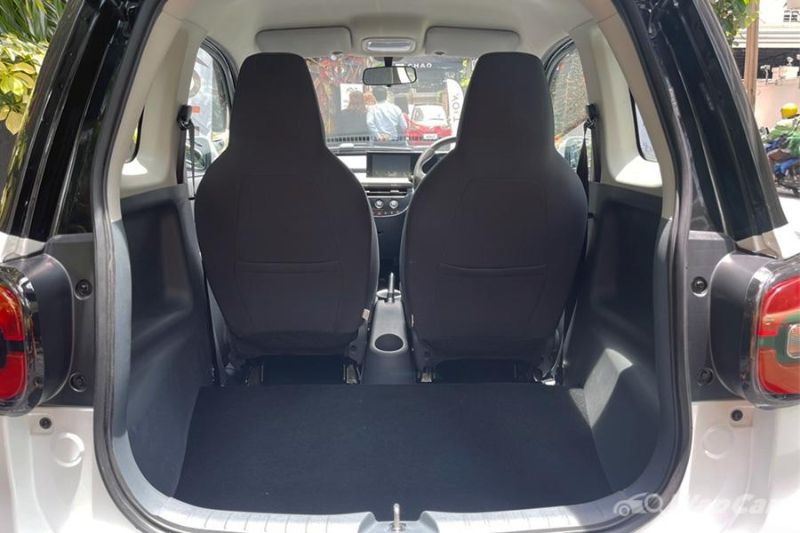 Besides the features, Premium variants also offers more aftersales coverage like a 5-year/120,000-km battery warranty (as opposed to 3 years/80,000 km for the base Classic), a 2-year maintenance package, and a THB 20,000 discount on the E-Volt wall box charger. 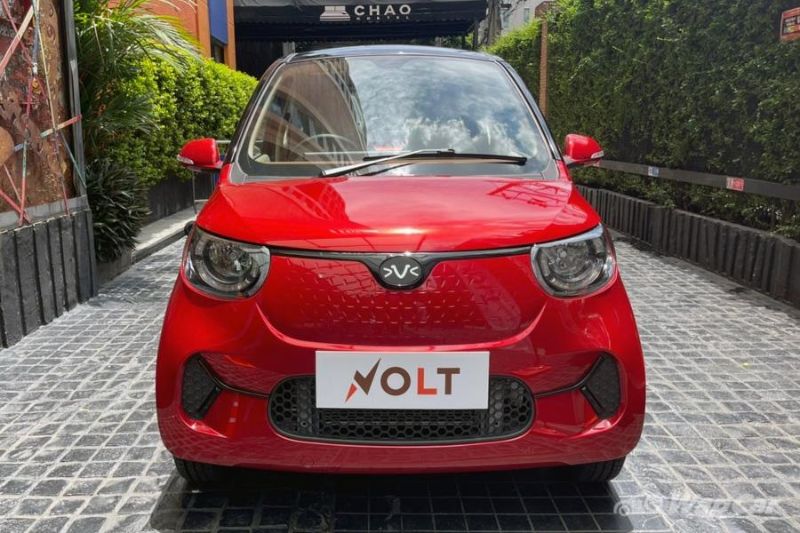 Being a basic city EV also meant that this isn’t exactly fitting for long-distance driving. The Volt City EV is powered by a single synchronous permanent magnet electric motor which produces 40 PS and 90 Nm in the For-Two while the bigger For-Four produces 46 PS and 102 Nm. Both micro EVs have a top speed of 100 km/h.

Also read: Wuling Hongguang Mini EV on sale in Thailand for RM 49k! But it's unofficial 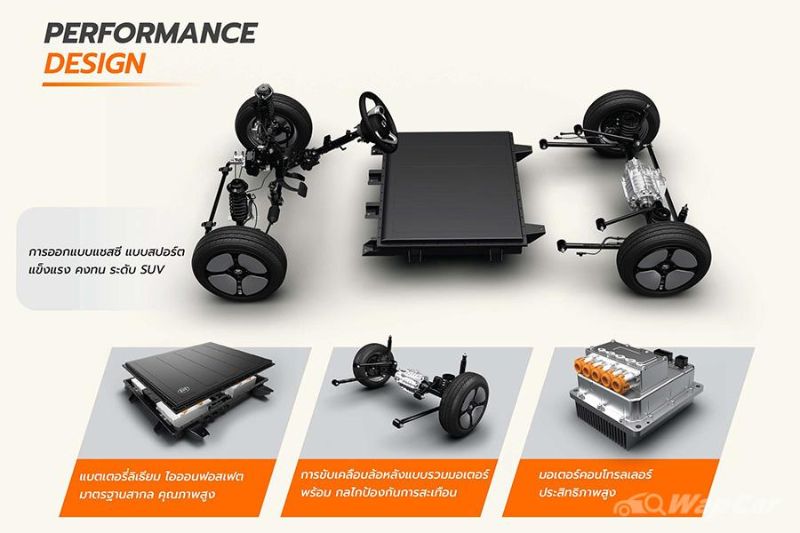 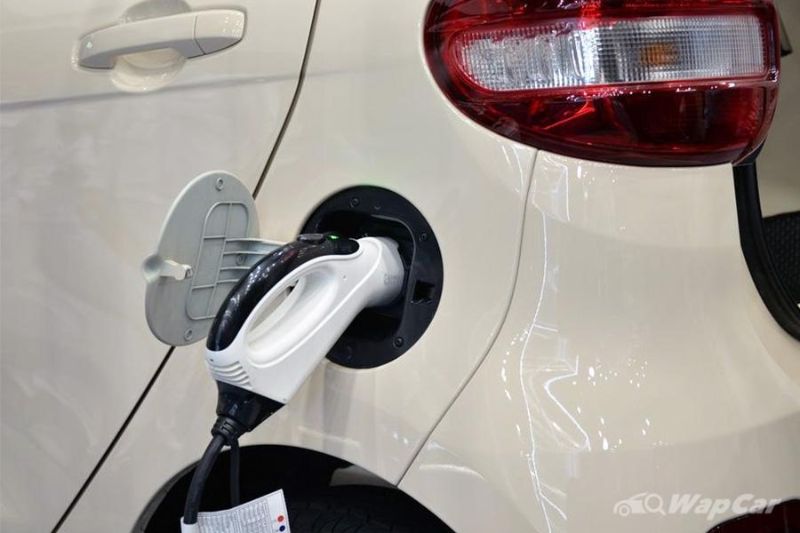 Neither the 3-door or 5-door models support DC fast charging but according to the manufacturer, on a 3.1 kW AC charger it takes 4 hours and 5.5 hours to fully charge the Volt City EV respectively.

For the Chinese car fanatics, the Volt City EV is based on the Hongrui Xiaohu which is developed between Dongfeng Motors, Zhengzhou Nissan, and Beijing Hongrui Automotive Technology. The latter is one of the leading EV technology company in China.

Also read: The Jimai Lingbao Box is the unholy matrimony of a Daihatsu Kei car and an Ora Good Cat

The Volt City EV is available in six funky two-tone colours with equally funky names. Despite the cheap price, the micro EV is likely to only attract those wanting a second car or at least something to drive around the city. 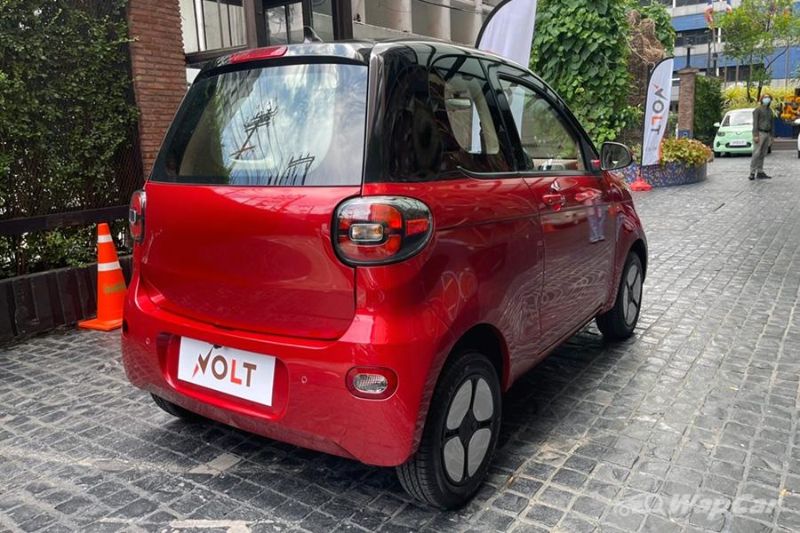 EVs still make a small percentage of the Kingdom’s total car sales though it is growing quite significantly. Could the cheapest car in Thailand help to boost the numbers even further?

Also read: Ora Good Cat dominates Thai EV sales in first half of 2022 - Can it be repeated in Malaysia?