The FD Mazda RX-7 remains one of my favourite Japanese sports car of any era. I am massively envious of anyone who owns one. So, imagine how harrowing it is for this particular owner to watch helplessly as his FD RX-7 gets stolen before his very eyes.

In this video below that took place in Aichi Prefecture, Japan, the owner can be seen shouting at the purported thief as he attempts to bypass the alarm and start the engine.

The owner of said RX-7 shared that around 1am on 12-July he heard the alarm of his car go off. When he opened the window, he saw that the thief had already unlocked his RX-7, and was about to drive off.

"I could only shout as loud as I can, and to capture a video. I was hoping that by shouting at the thief, I would deter him,” the owner said. Adding to that, the owner also regrets not doing more to prevent the theft. 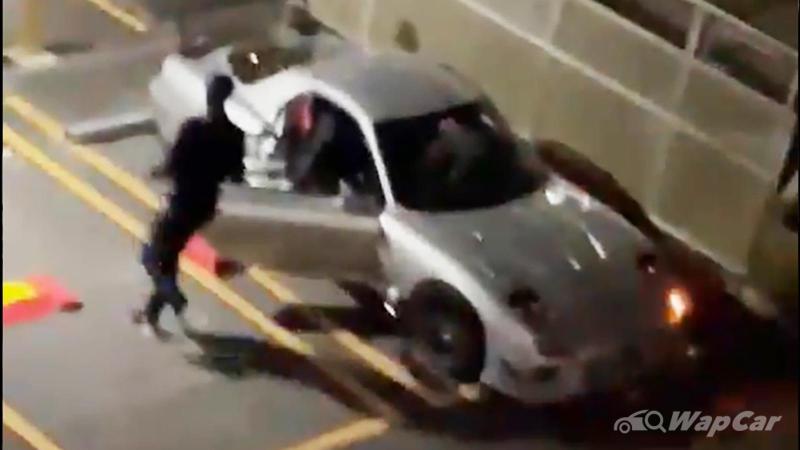 Personally, I don't think there's anything more the owner could have done. Going down to physically confront the thief sounds risky at best.

While the thief did successfully get away with the RX-7 (along with an accomplice in a Toyota C-HR), the stolen car was recovered less than a day, some 20 km away at a parking lot in Inazawa City, Aichi Prefecture.

Apart from damage to the keyhole cylinder, everything else was intact when the RX-7 was recovered, according to the owner. Moving on, the owner would probably look for ways to increase the security of his prized possession.

All in all, we're just glad that there was a happy ending to this harrowing incident. If you're one of those lucky enough to own a FD Mazda RX-7, do take extra care when parking in public spaces!