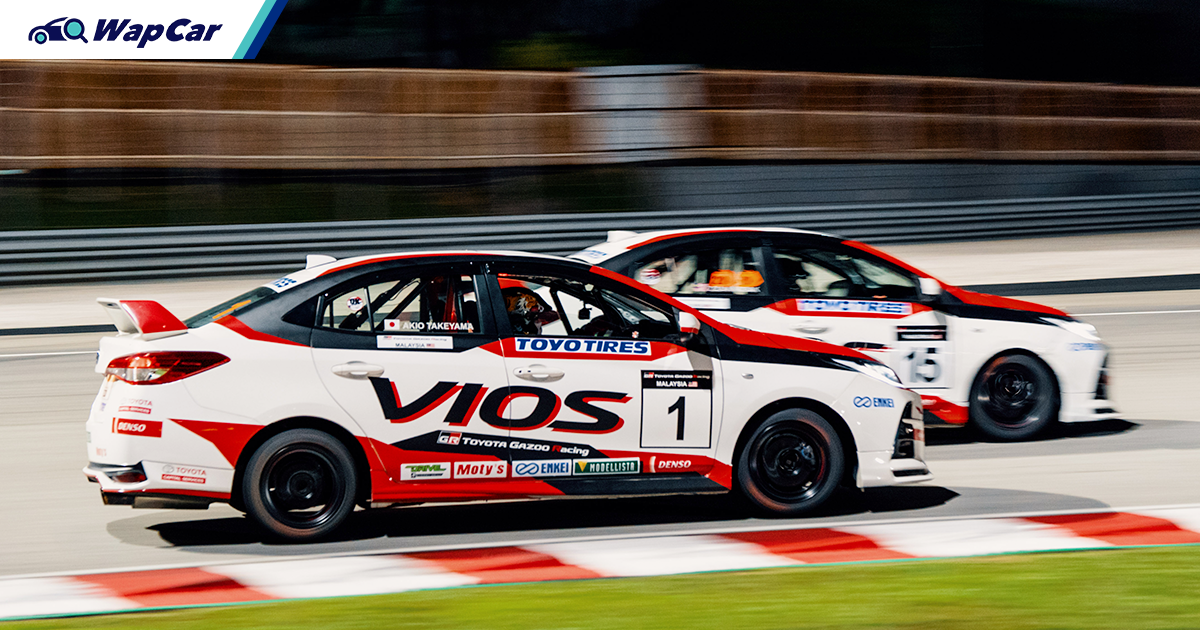 A total of 38 drivers will start the first ever running of the Gazoo Racing Vios Sprint Cup in the Malaysia Championship Series (MCS) this weekend (21-22 May 2022) at the Sepang International Circuit.

The event will see the running of two 1-hour races on Saturday and Sunday, with two-driver teams competing in three generations of Toyota Vios vying for total prize monies amounting to RM 60,000. 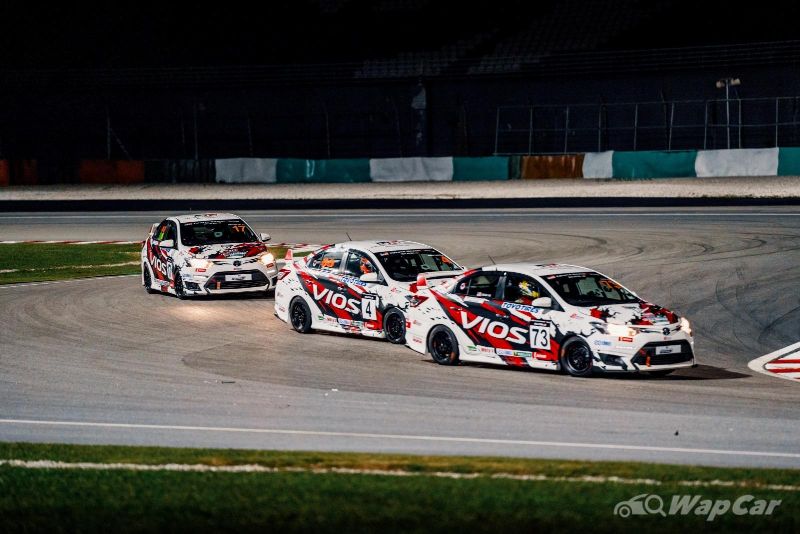 The Vios Sprint Cup is run in addition to and independently of the Vios Challenge, and will feature two rounds within the Malaysia Championship Series (MCS) with each round offering two races.

It retains the format of a one-make series as in the Vios Challenge – meaning everyone will be taking to the track in an identical race-prepared Toyota Vios with stock standard engine & transmission, as well as suspension, tyres and fuel – to ensure a level playing field with emphasis on race craft, driving skills and experience.

To level the playing field even further, the race does prohibits two experienced drivers to be paired together. Driving for Prima Pearl TD Racing, Tengku Djan will partner teenager Mika Hakimi this weekend, while another strong contender Mark Darwin will team up with another teenager Bradley Benedict Anthony for Laser Motor Racing.

Axle Motorsports meanwhile, will field two all-teenage teams with the first pair of drivers consisting of Hayden Haikal and Naquib Azlan, and the second car driven by Alister Yoong and Muizz Musyaffa.

Race 1 of the GR Vios Sprint Cup on Saturday will see both drivers driving in two separate qualifying sessions, with the faster driver required to start the 1-hour race before making a mandatory pit stop for a driver change. 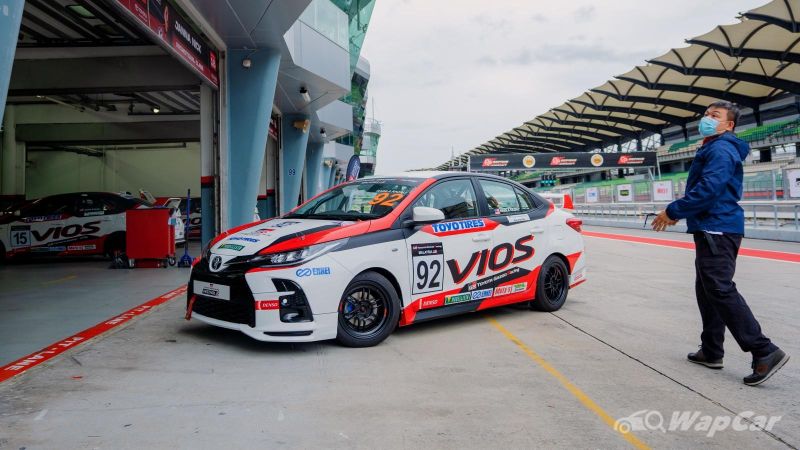 In Race 2 on Sunday which will start as a reverse grid order based on the results
of Race 1, the slower driver of the pair will start the 1-hour race and again required to make a mandatory pit stop. Both races will be a rolling-start format.

“Unlike the Vios Challenge which is usually confined to approximately 30 minutes of racing, the Vios Sprint Cup is designed to up the ante and to double the excitement on the track. 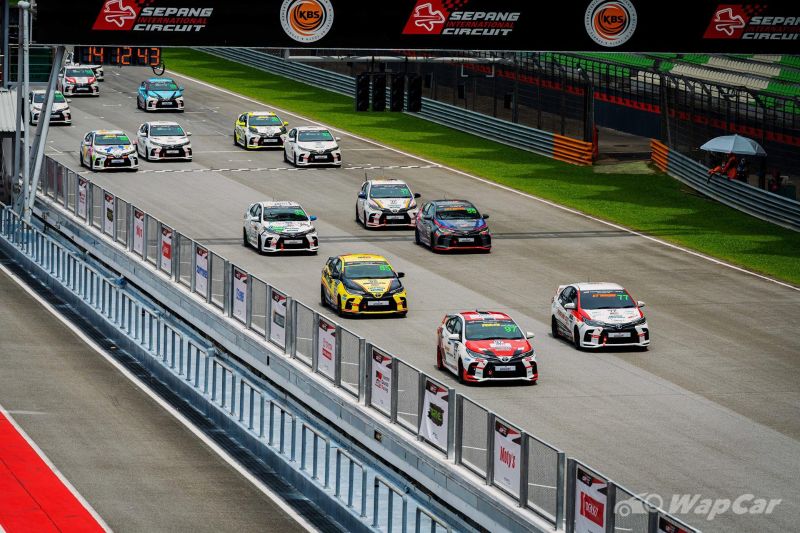 Unlike a full-blown endurance race where racers pace themselves, this is a one-hour sprint to the finish which means the drivers will be going all out for the duration of 60 minutes from the very first corner in order to maintain an edge,” said UMW Toyota Motor President Ravindran K adding that Toyota will also be
introducing the GR Vios Enduro Cup in conjunction with year end’s Sepang 1000Km Endurance Race.

“Since UMW Toyota began committing itself to motor-racing in 2017, the objective has always been to see how we can contribute to not only the growth but to make Malaysian motorsports even more vibrant.

Also read: Among thousands of Toyota Vios and Yaris in Malaysia, Gazoo Racing offers ways to stand out

The format of a one-make race has proven to be an incredibly successful formula, attracting not only professionals and experienced racers, but also newcomers and young talent. The GR Vios Sprint Cup continues this tradition but by changing the dynamics of the race, continues to generate enormous interest and participation which we hope will help to create more excitement in Malaysian
motorsports.”

The overall champion in each of the two races at the GR Vios Sprint Cup stands to win RM10,000 cash, followed by RM8,000 for the first runner up, RM6,000 to the third place winner, and RM4,000 and RM2,000 for the fourth and fifth place winners respectively. 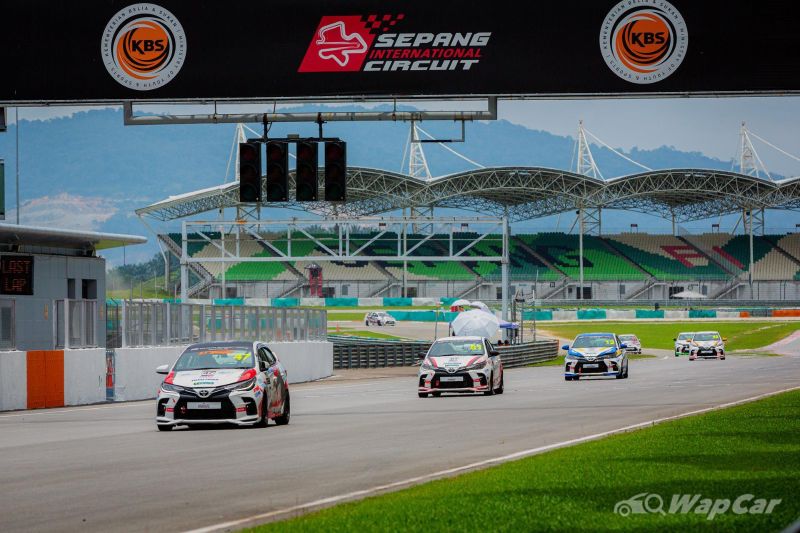 Head on down to the Gazoo Racing Vios Sprint Cup at the Malaysia Championship Series (MCS) this weekend (21-22 May 2022) at the Sepang International Circuit, or tune in to the races that will be broadcast live on www.toyota.com.my and UMW Toyota’s Facebook page. For more information,
kindly visit www.toyota.com.my.