HomeNewsFlood protection for Malaysians? Think of a Ziploc bag for your car

Flood protection for Malaysians? Think of a Ziploc bag for your car 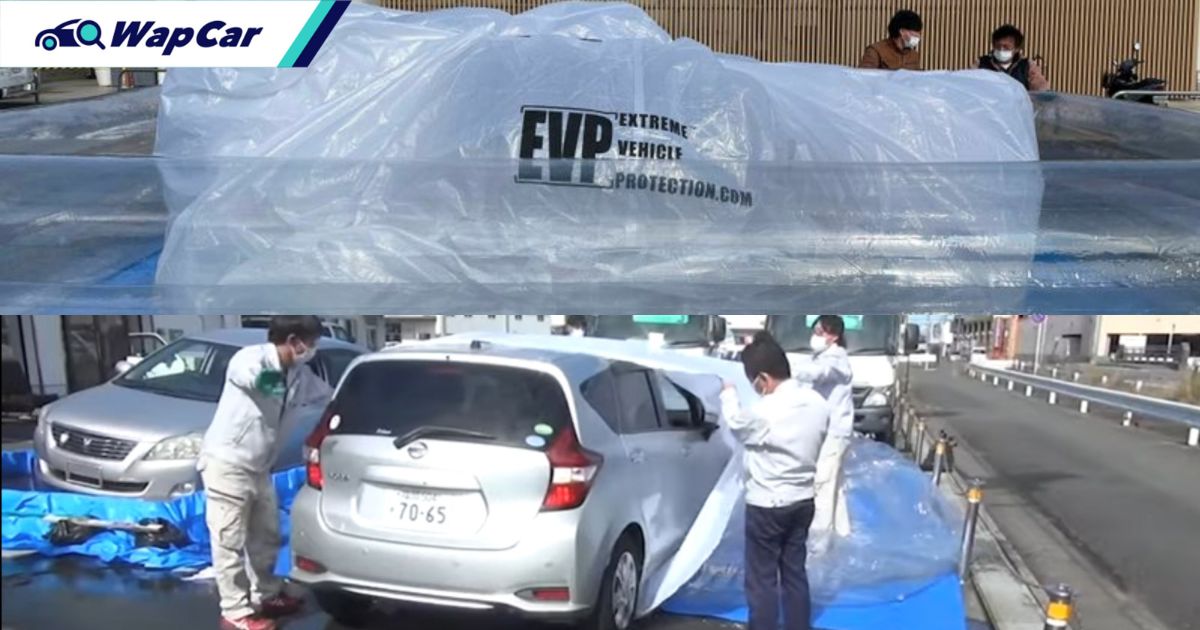 Flash flood in KL is nothing new to Malaysians. While the SMART tunnel can hold up to 3 million cubic metres of water – equivalent to 2,000 Olympic-size swimming pools; if the rain doesn’t stop for a long period of time, flood is still inevitable. 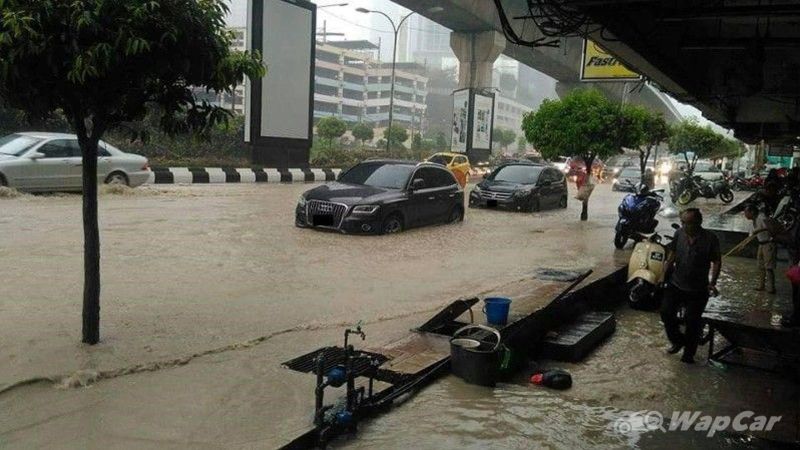 Nevertheless, Kurata Kogyo Co. Ltd, a water-infrastructure-related company based in Japan has a solution for your vehicles. Late last year, they decided to conduct an experiment by submerging a car wrapped in a flood prevention sheet. Imagine a Ziploc bag for your car but the material is a three-layer structure with double waterproof coating. The experiment was to immerse the car in water at a depth of 50 cm for 4 hours and the results were shocking. 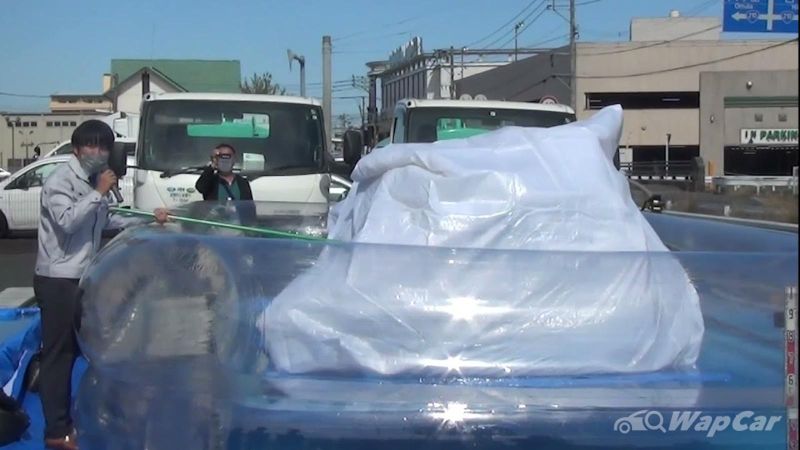 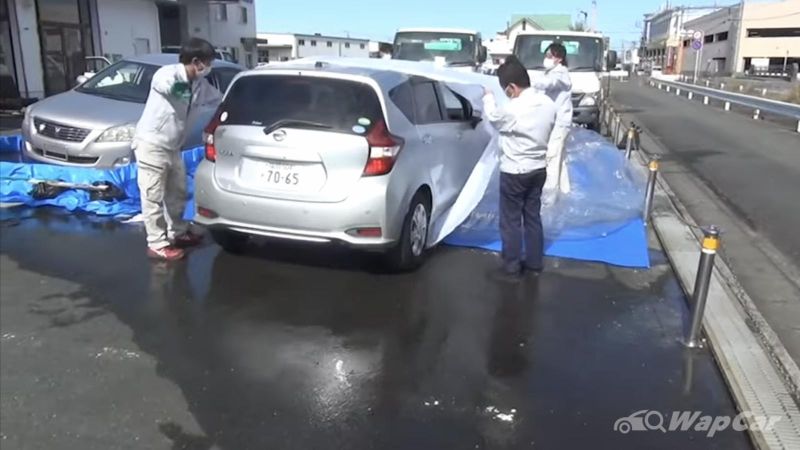 As you can see, the car is completely dry – the engine, muffler and interior of the car were unaffected by the water.

Hajime Yamaguchi, sales representative of Kurata Kogyo Co. Ltd explained that there are holes in all four corners of the product for strings to be passed through so it is possible to suppress the outflow by tying the strings to the posts of carports.

If, however your car is parked in an open space parking lot or on the street, it gets swept away and the body gets damaged - the costs to repair the damaged body will not cost as much as say your engine is submerged into water. In fact, there's almost zero chances to save it. 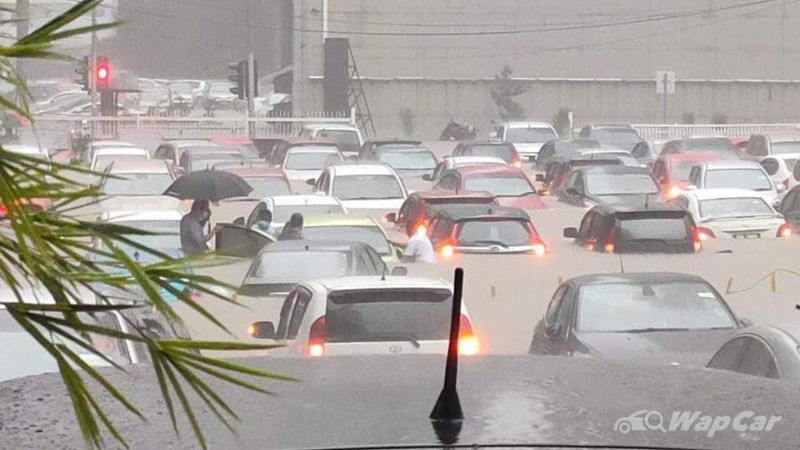 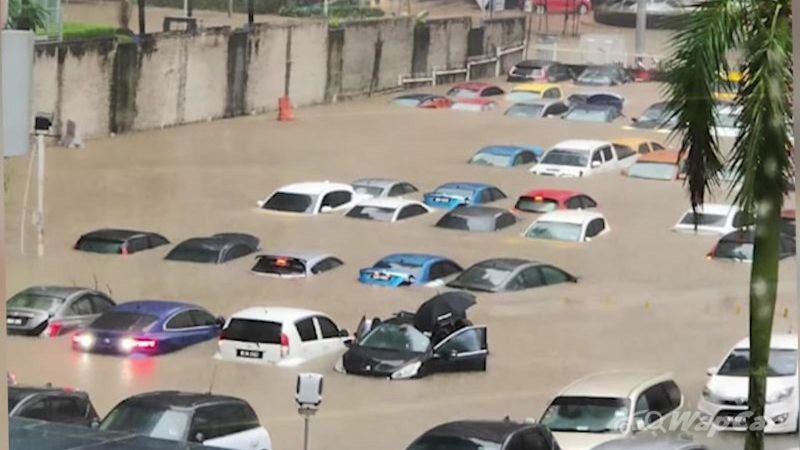 The origin of the product was developed in the United States called the Extreme Vehicle Protection or EVP, to protect vehicles as an asset after the massive flooding caused by the Hurricane Sandy that hit New York back in 2012. 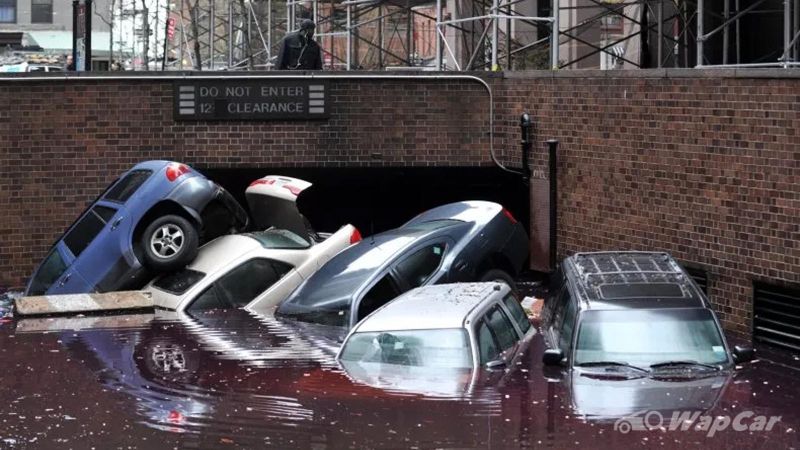 The EVP was launched and tested back in 2013, the first of its kind offering flood damage prevention for your vehicle. Not to mention that the EVP is made out of 100% recyclable plastics specially designed to withstand compression under water. It can be quickly setup in under 10 minutes with two people. The EVP also comes in four sizes to protect vehicles ranging from hatchbacks to full-size SUVs. 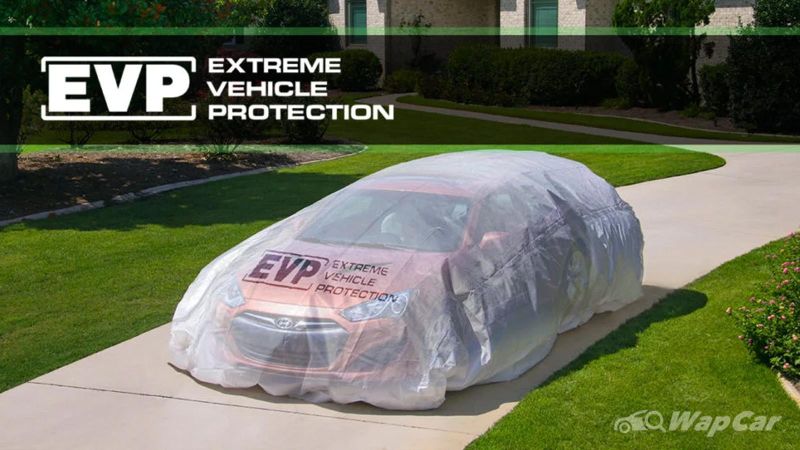 Yamaguchi said a typical passenger car would costs around 60,000 Yen. That roughly translates to circa RM 2,000, which isn’t cheap but realistically it is only to be used when flash flood is to be forecasted.

Considering that the experiment by Kurata Kogyo Co. Ltd was a success, it’s well-worth it since flash floods are highly unpredictable. Definitely an "add-to-wishlist" kind of product for us.