Home > News > From CEO to fugitive: Who is Carlos Ghosn and why is Interpol looking for him?

From CEO to fugitive: Who is Carlos Ghosn and why is Interpol looking for him? 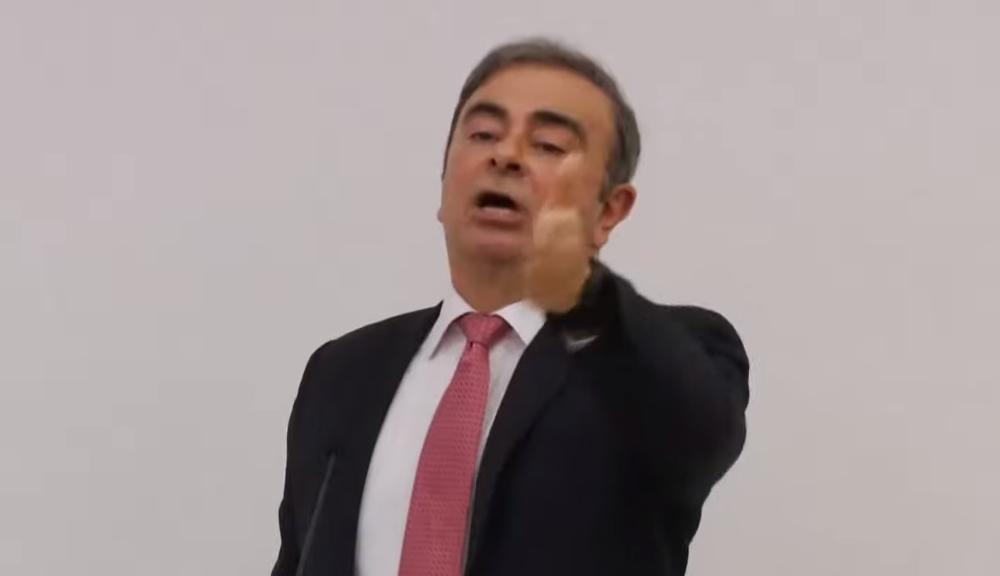 Just hours earlier, Carlos Ghosn the former CEO of Renault and Nissan, who was also the former Chairman and CEO of the Renault-Nissan-Mitsubishi Alliance, gave shocking exposé on the conspiracy surrounding his arrest over alleged financial misconduct.

The former CEO is now a fugitive in Lebanon, having fled his house arrest in Japan. He is now on the Interpol ‘red notice’ list and will certainly be arrested if he leaves Lebanon.

In his first public appearance since his arrest 13 months ago, Ghosn revealed the plot to ouster him which he alleges, involves collusion between Nissan and Japanese public prosecutors.

He also revealed how he was grilled for up to 8 hours a day, threatened by prosecutors who told him, “Just confess and it will be over. Not only will we go after you, and we will go after your family.” His wife Carole is now also a wanted person in Japan.

Ghosn thinks that the plot to oust him started in 2017, when growth at Nissan was stalling and he had to do something, which in Ghosn’s opinion, the best way was to fully integrate the two loosely linked Nissan and Renault into a single formal entity.

"They didn’t like the system, so they said, 'Why do we have to make these kinds of concessions? Let’s get rid of the guy and then we’ll keep our organization the way it is.' And frankly, they were successful in doing that."

He pointed out three names behind the plot - Hitoshi Kawaguchi, who previously handled government affairs for Nissan; Hidetoshi Imazu, the auto firm’s statutory auditor; and board member Masakazu Toyoda (not related to Toyota’s Akio Toyoda).

Ghosn declined to elaborate on how he managed to escape from Japan. There were many Hollywood-style theories about how Ghosn fled Japan, with initial reports suggesting that it involved private security firms hired by his wife, who entered Japan and posed as musicans performing at his house, whisked Ghosn out by hiding him inside a big musical instrument box.

That's not true. CCTV recordings showed that Ghosn had simply walked out of his house in Tokyo. He was able to do so because his lawyers had succeeded in declaring the round the clock surveillance by private security firms hired by Nissan was illegal.

Security cameras showed Ghosn taking a bullet train from Tokyo to Osaka, and then a taxi to Kansai airport, where he boarded a private jet bound for Turkey, before switching to another private jet that took him to Lebanon. Whether did he walked up to the jet or was he hidden away in a large box stowed behind the jet remains unclear. 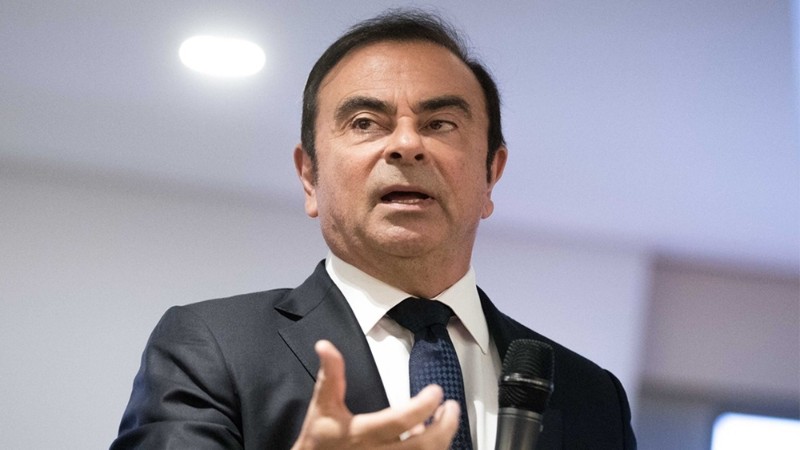 Specific details on his travel documents used are also blur – Ghosn holds French, Brazilian and Lebanese passports, all of which are still held by his lawyers in Japan.

The Lebanese government, proud of the success of its most well-known citizen, insists that Ghosn entered Lebanon with the necessary identification papers, without elaborating much.

A recording of the press conference can be viewed below. If a little long but you can skip straight to the 22:20 mark for the juicy bits. His answers to allegations of his financial misconduct was answered at the 33:00 mark.

Defending his innocence and to justify his allegations that the Japanese justice system is rigged, Professor Tanaka of corporate law at Tokyo University, whom Ghosn’s lawyers has consulted, said “It is a shame that Japan arrested Mr. Ghosn for this.” 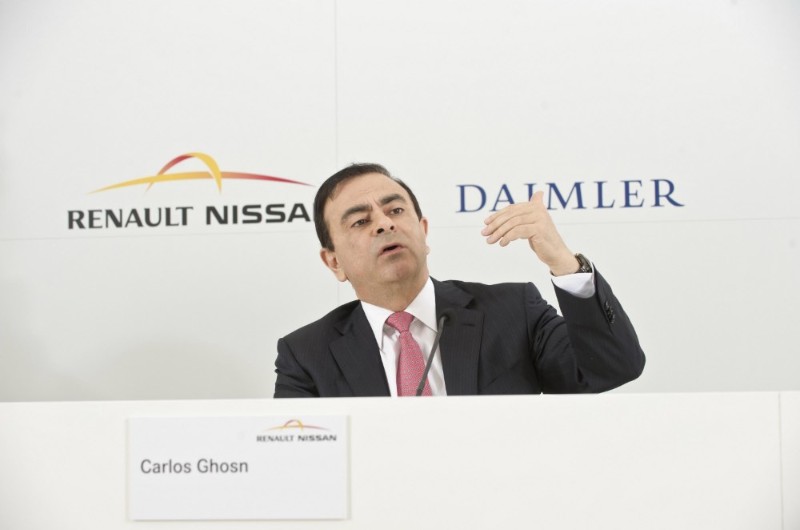 Nobody can say for sure, but it is very likely that Ghosn treaded very close to the edge of grey legal areas, but he also has dirt on many key Nissan executives, and vice versa.

Nissan has reportedly spent over 200 million US Dollars in legal fees, private investigators, and digital forensics specialists to build a water tight case against Ghosn – an expense which Ghosn says doesn’t make sense because that’s more than what he was accused of siphoning. It sounds like Nissan is working double time to ensure that Ghosn doesn’t open his mouth.

Meanwhile, Ghosn’s lawyers alleged that his unnecessarily long detention (he was arrested on November 2018) has allowed his detractors to destroy incriminating evidence.

How did Carlos Ghosn came to the top?

Ghosn was raised as a global citizen before globalization even became a buzzword.

He was born in Brazil, raised by French-Lebanese parents - Lebanese holding French citizenship, as Lebanon maintains strong ties with France.

His family is a descendent of Arabic speaking Maronite Christians, which also means that Ghosn speaks a little bit of Arabic.

At a young age, his parents thought him Portuguese (the language of Brazil), French, English and Arabic.

He studied engineering at Paris’ École Polytechnique – the school from which many elites of France graduated from.

After that, he worked at Michelin, rising up to the position of CEO of North America. He then moved to Renault, working in various engineering and finance positions, before becoming CEO.

How did Ghosn got involved with Nissan?

By 1999, Nissan was on the brink of bankruptcy. It had exhausted its funds trying to keep up with Toyota but the collapse of Japan’s bubble economy in the ‘90s hit Nissan especially hard.

Nissan needed someone to rescue it. 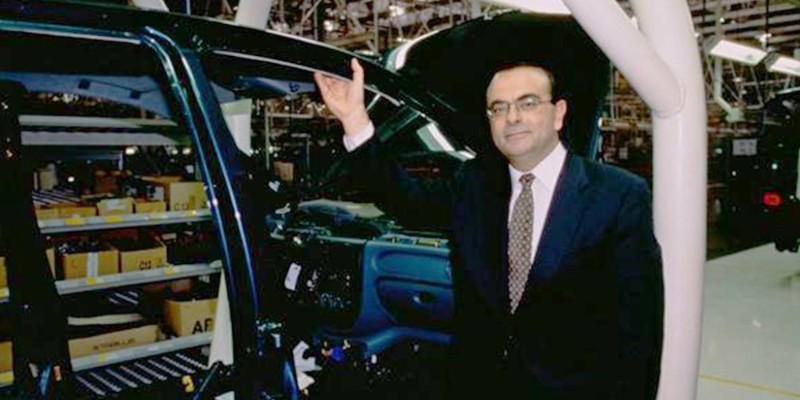 Louis Schweitzer, then the CEO of Renault and Ghosn’s boss, was very concerned that the DaimlerChrysler merger (which has since been unwind) would leave Renault very vulnerable. Ghosn was asked to go to Japan and look into a potential partnership with Nissan.

Ghosn proposed to Nissan a merger of equals. Each company will remain independent, but will cooperate on common areas like product development and purchasing. Both Renault and Nissan will operate under a Dutch-registered, loosely defined Renault-Nissan Alliance, which involves both companies holding shares of each other.

It worked well, and was hailed and one of the industry’s most successful cooperation. While DaimlerChrysler failed, the Renault-Nissan Alliance prospered. 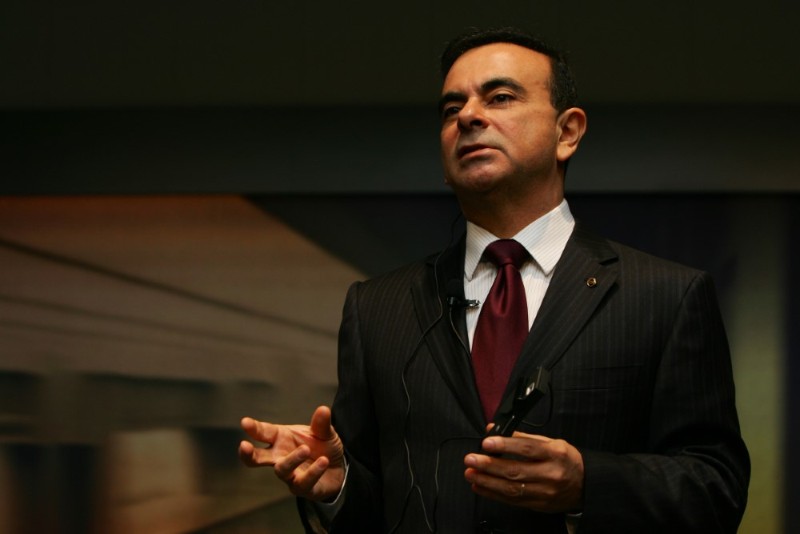 In Japan, the charismatic Ghosn was celebrated as a rock star CEO. He was the auto industry’s Steve Jobs before Apple Keynote Address became a thing.

The Alliance later grew to include Mitsubishi Motors.

By the late 2010s, there were murmurings of discontent. Nissan was bringing in more revenue than Renault but the latter has a bigger say in the Alliance because Renault holds more shares of Nissan than vice-versa.

Renault was failing in all key markets except Western Europe and India. In contrast, Nissan was doing better as it has presence in all major markets, North America, Middle East and Asia – all of which Renault has little or no presence.. That’s not quite the merger of equals that Nissan signed up for.

Prior to his ouster, Ghosn was pushing for deeper integration of Nissan into Renault, which the Japanese at Nissan resisted.

Whistle blowers at Nissan alleges that Ghosn had hid USD 94 million out of his USD 140 million compensation, along with many other abuses of power, including diverting company funds for his family’s use.