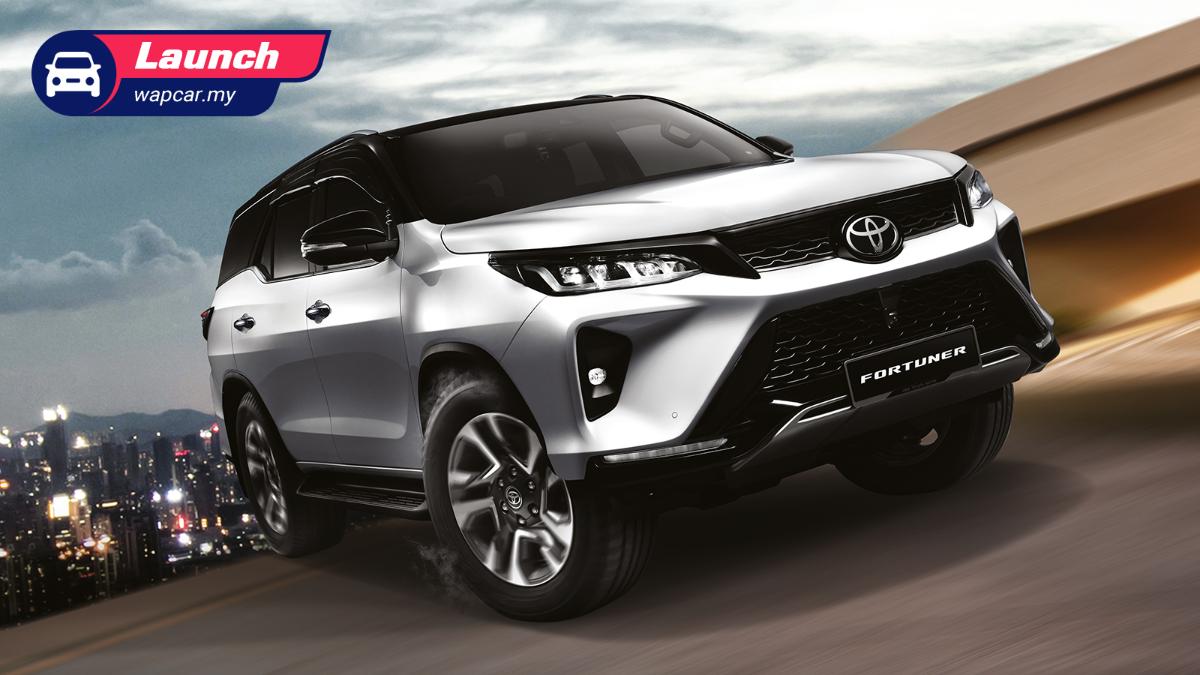 UMW Toyota Motor (UMWT) has launched the 2021 Toyota Fortuner in Malaysia via an online event just a moment ago. Three variants of the locally-assembled (CKD), 7-seater sports utility vehicle (SUV) are offered, and prices start from RM 167,357.40.

But that's not all, the 2021 Toyota Innova facelift was also launched alongside this SUV. 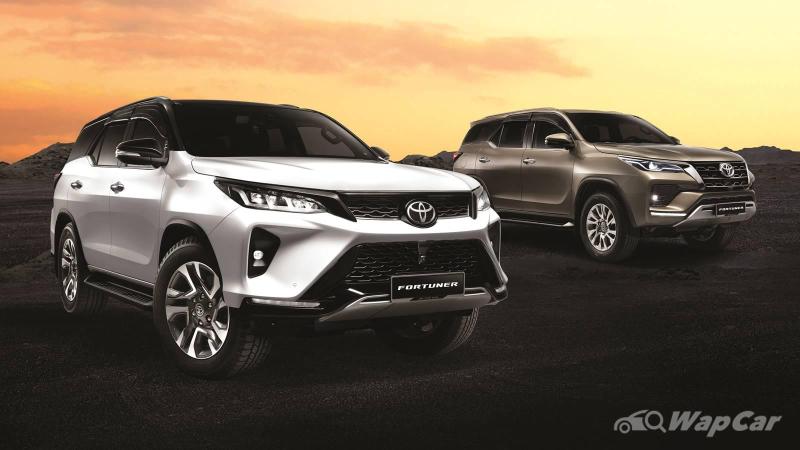 Although technically there's still three variants, the 2.4 variant is only available in Sabah, Sarawak and Labuan. Here's the list of variants and prices that's currently on offer: 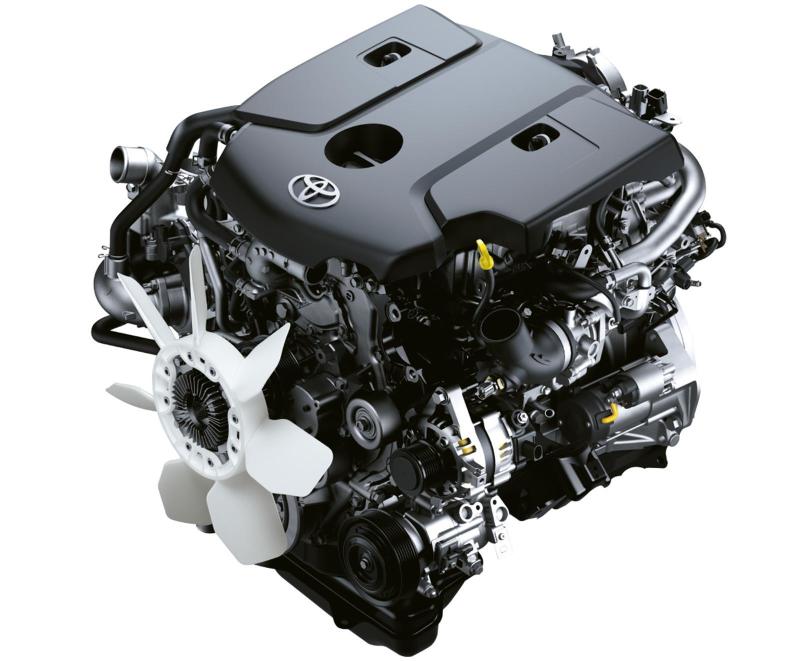 The biggest update here is the engine - the 2.8-litre turbodiesel from the Toyota Hilux Rogue now sees duty in the facelifted Fortuner. Here's the specs of the Fortuner's powertrain: 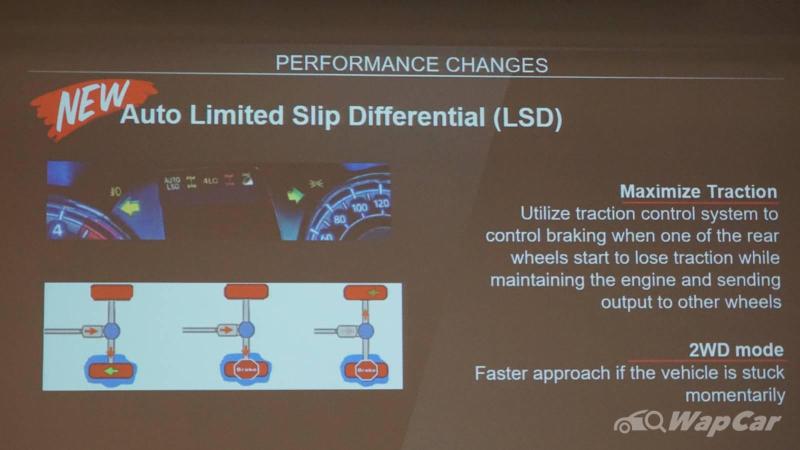 The SRZ and VRZ variants come with Auto Limited Slip Differential (A-LSD) - a trick system that controls braking and when one of the rear wheels start to spin. Useful in difficult, low-traction conditions. 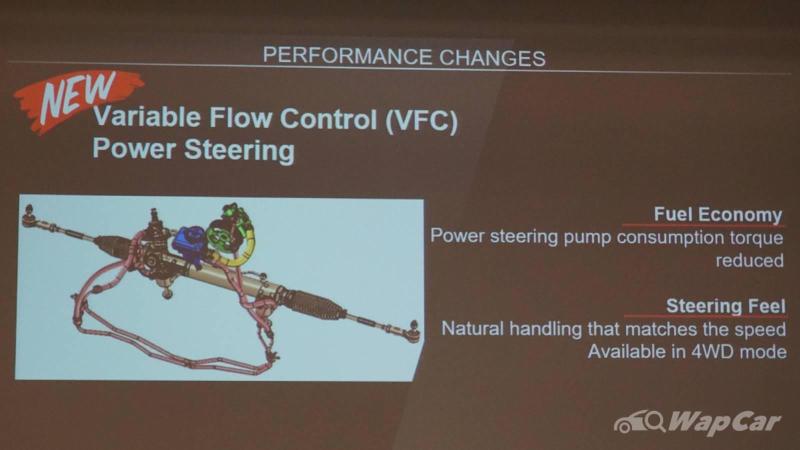 Like the Hilux Rogue too, the 2.8 VRZ comes with the Variable Flow Control (VFC) power steering system which adjusts power steering assistance depending on driving speed. 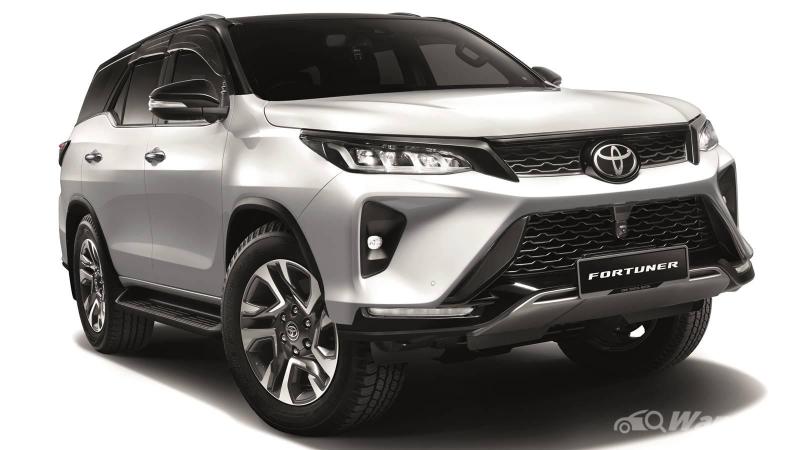 Typical of refreshes, the Fortuner gets a host of exterior updates, chiefly the redesigned front bumper that houses redesigned foglamps, turn signals and position lamps.

With the new front bumper comes a pair of sharper, slimmer LED head lights - the 2.7 SRZ gets bi-beam LED units, while the range-topping 2.8 VRZ gets quad-beam ones. 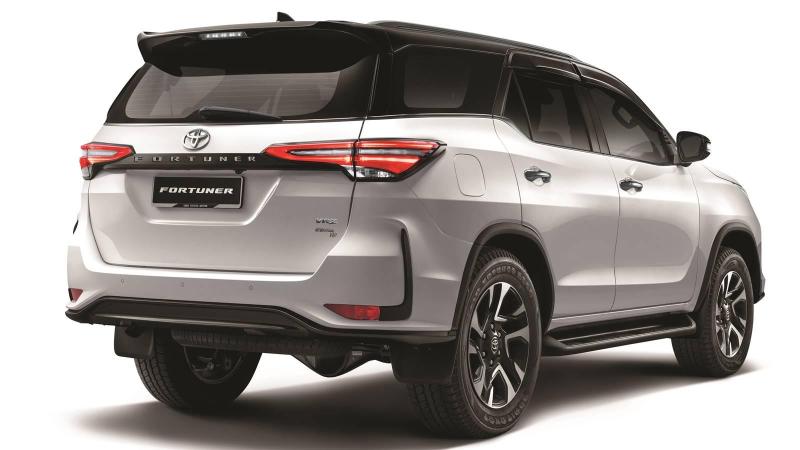 Changes round the back are subtler, save for the lightly-tweaked tail lamps and rear bumper. 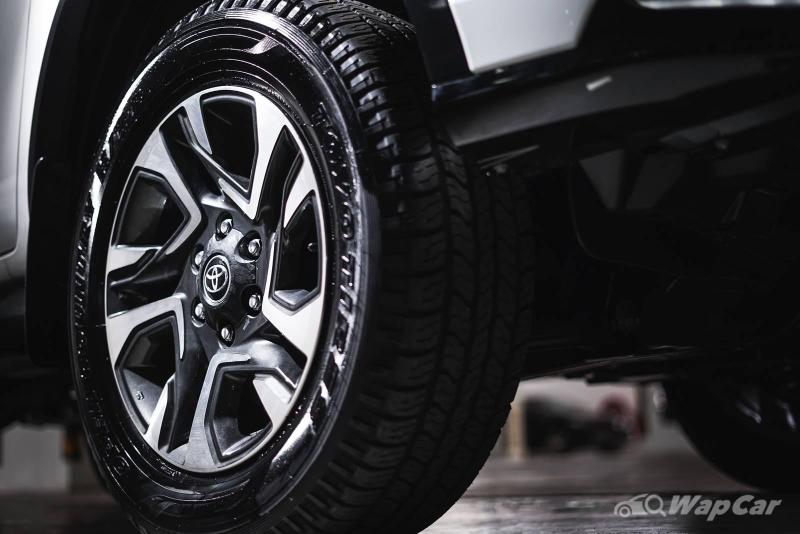 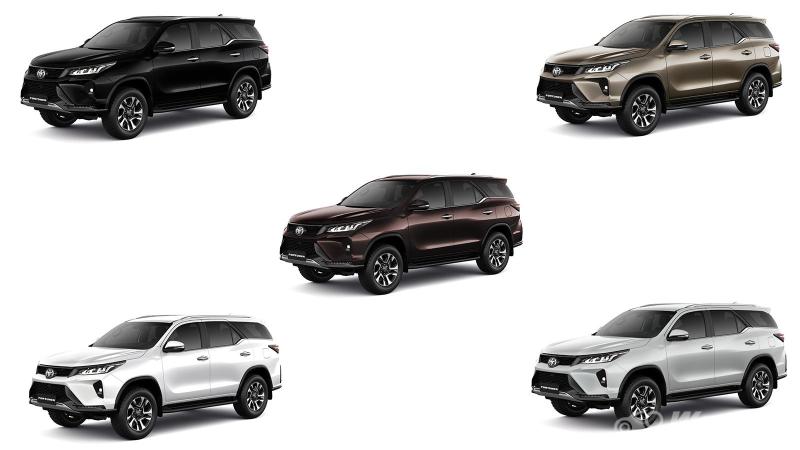 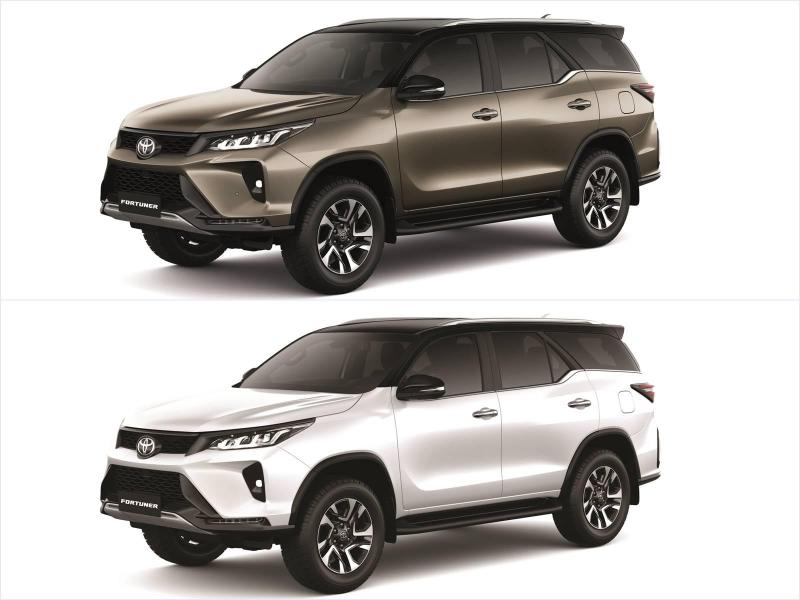 The Bronze Mica Metallic and Super White II colours can be specified with black A-pillars, wing mirrors, roof-mounted rear spoiler and roof, but note that this is exclusive to the 2.8 SRZ variant.

What else is new?

The facelifted Fortuner still retains its dual-tone interior, but with a subtler dark red/black combo. 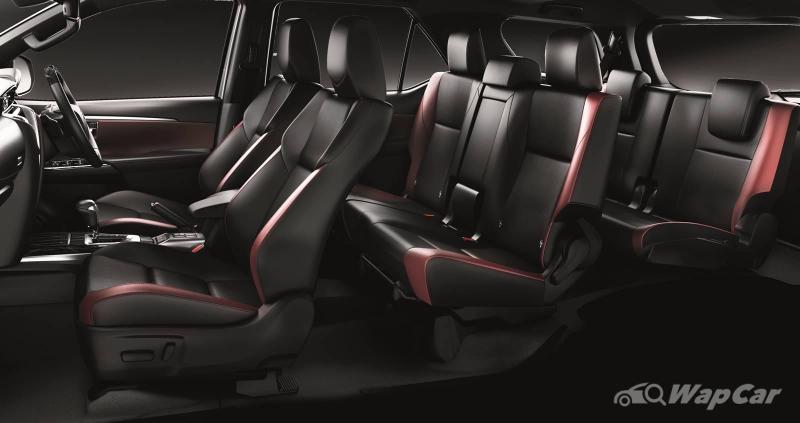 Notable features include a wireless charger (optional accessory) below the centre armrest and USB ports for third row occupants. 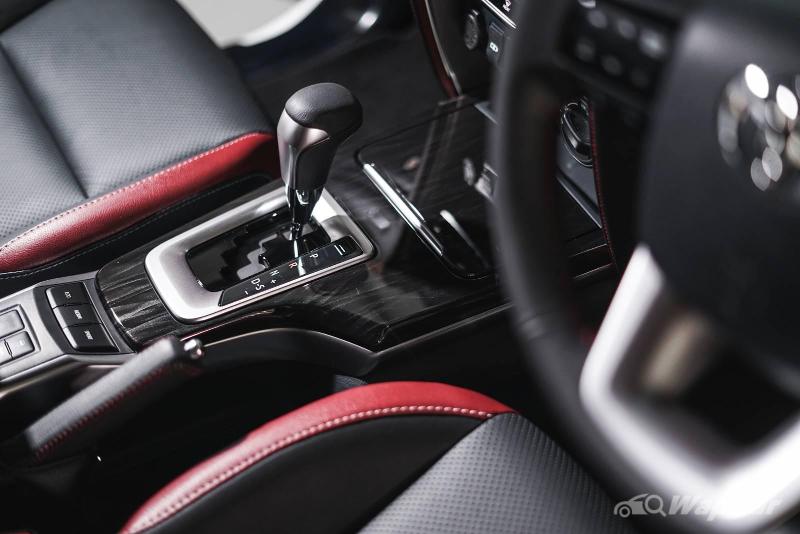 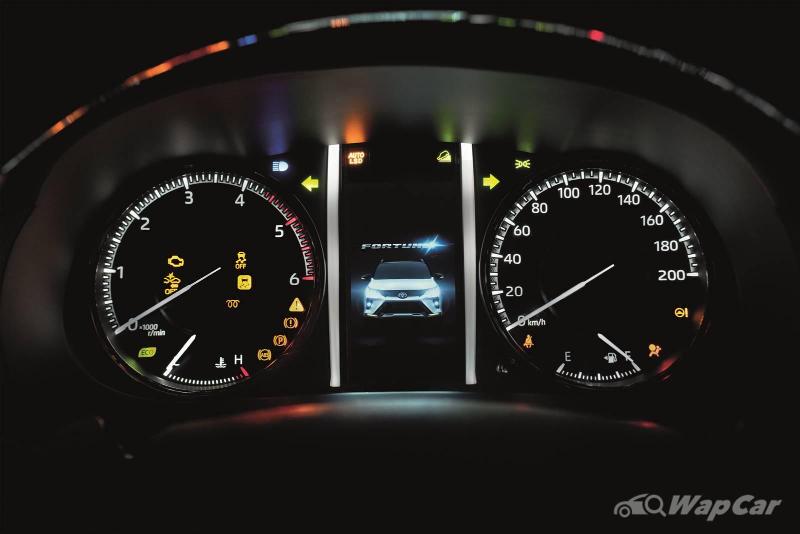 Other new stuff include a much clearer-looking instrument panel, in which its Multi Information Display (MID) benefits from a new opening animation as well as additional information for the driver. 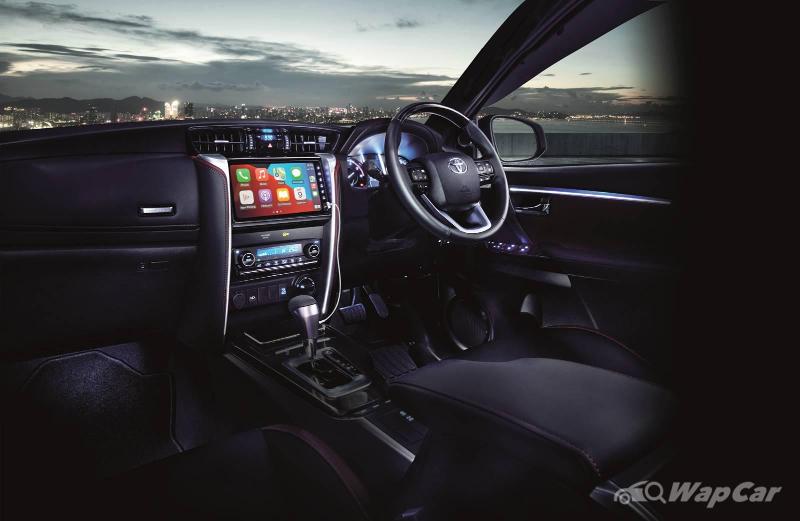 The 2.7 SRZ and 2.8 VRZ variants also get ambient lighting, electrochromic rearview mirror, and electric seats adjustment for both the driver and front passenger. 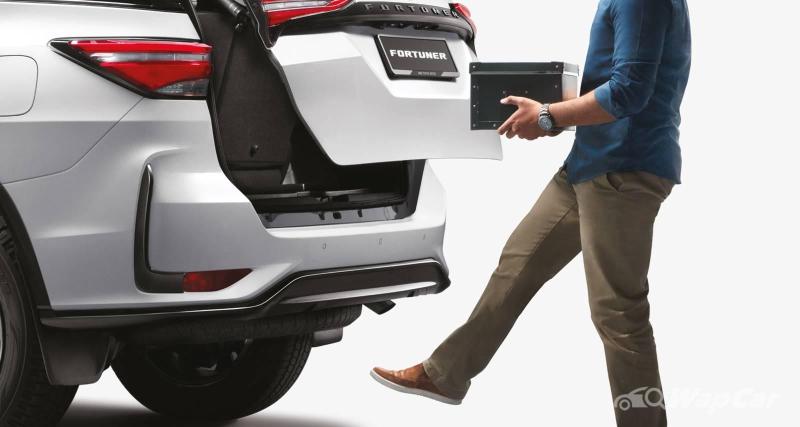 Beyond these touches, the Fortuner also gains a hands-free powered tailgate.

Exclusive to the 2.8 VRZ is the partial Toyota Safety Sense suite of advanced driver assistance systems (ADAS), encompassing these features:

Anything else I should know? 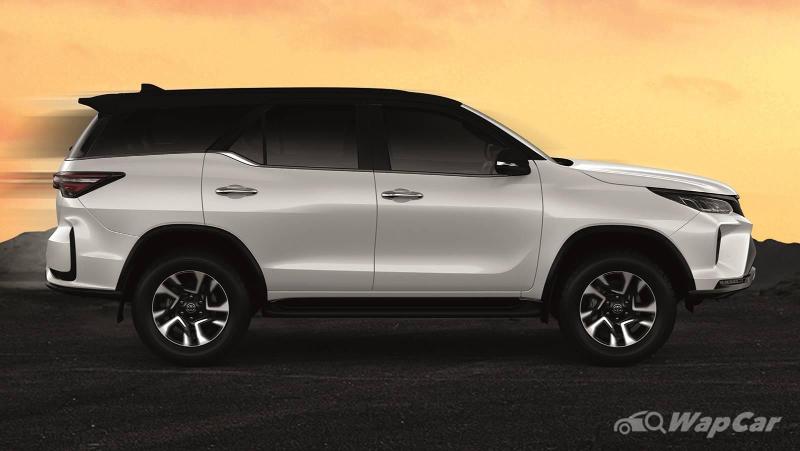 UMWT backs the Fortuner with a 5-year warranty with unlimited mileage. 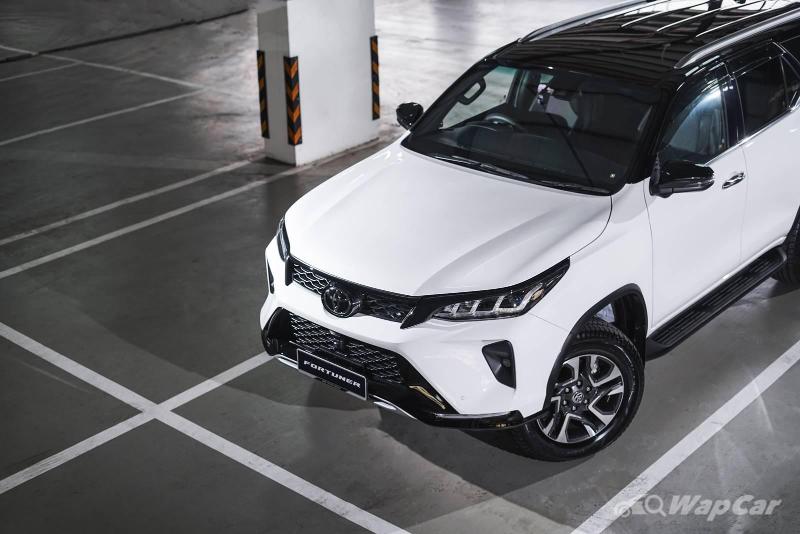 These launches today aren't the only Toyota cars we can look forward to this year however - take a look at this list to see what else is coming!