Home > News > Give it 5 years, and Mazda will be the new BMW, with very good reasons too

Give it 5 years, and Mazda will be the new BMW, with very good reasons too

Soon, Mazda will be launching a new rear-wheel drive sedan with a 6-cylinder engine. It might be for the all-new Mazda 6, but it could also be a new model positioned above the 6. Mazda 60 maybe? Its goal is to take on BMW.

A Mazda competing with BMW? What blasphemy is this? To be clear, Mazda is still a long way off from being seen as an equal to Mercedes-Benz, BMW, or Audi. Just look at how Lexus is doing.

Instead, what's going to happen is for Mazda to slowly take over the space for premium, driver-centric cars - the space that BMW is increasingly straying away from.

Today’s BMWs are more about ConnectedDrive than connecting with drivers. To survive the next decade, BMW is remodeling itself into an Internet-centric, mobility company.

Think marrying Tesla, Grab, and Google. Let’s be honest, it’s the BMW blue-white roundel that sells the cars, not BMW's handling or performance. BMW’s image is increasingly determined by adoption of digital/electrification technology rather than speaking to the enthusiast drivers, who by the way, rarely buy new cars anyway.

Meanwhile, Mazda chooses to ignore all business logic and wants to continue building analogue, driver-centric cars, the sort of cars that BMW says are no longer feasible.

Unlike BMW, Mazda hates vague words like ‘mobility.’ Mazda insists that it will continue to remain as a car company, maker of cars that bring joy to the driver, the only sort of cars worth building, so they say.

Keep in mind that companies grow, adapt, and change just like people. This is true for both BMW and Mazda as well.

There was a time when Jaguar and Alfa Romeo were perceived to be more premium than a BMW. The Jaguar Mk II was the 5 Series before the 5 Series existed, so was the Alfa Romeo Alfetta.

The point is that it’s foolish to think that BMW and Mazda will always remain the same tomorrow as they are today.

This is not the first time Mazda is pushing upmarket. In the late ‘80s, Mazda was building V12-powered Amati to challenge the 7 Series and S-Class before Japan’s Bubble Economy collapsed and killed the project.

25 years would pass before Mazda would revisit this grand ambition. There’s a saying among the Japanese, the people from Hiroshima are extremely stubborn but resilient.

Guess where Mazda is from? Yes. Hiroshima. How stubborn must you be to keep building rotary engines when even the Germans who invented it (Audi's NSU) admitted that it was flawed?

The Hiroshima guys ignored all advice, eventually fixed what the Germans said can’t be fixed, and won the Le Mans 24 Hours race so well that the French banned rotary engines from racing. This year, they registered a new patent for a battery-capacitor-type hybrid rotary.

I recall a conversation I had with Hidetoshi Kudo, the man heading Mazda’s R&D and product strategy, on how Mazda cultivated this slightly rebellious image within a very conformist Japanese society. He laughed at my observations and summed up Mazda’s culture as, “We are a company of strange people, but we will never change our philosophy of building cars.”

How can fun to drive cars exist in a future where cars are shared, driverless, powered by soulless electric motors? Mazda don’t have all the answers right now, but they will eventually find one, even if financial controllers say that’s a stupid path to take. Mazda is a company of stubborn car lovers who won’t take no for an answer. 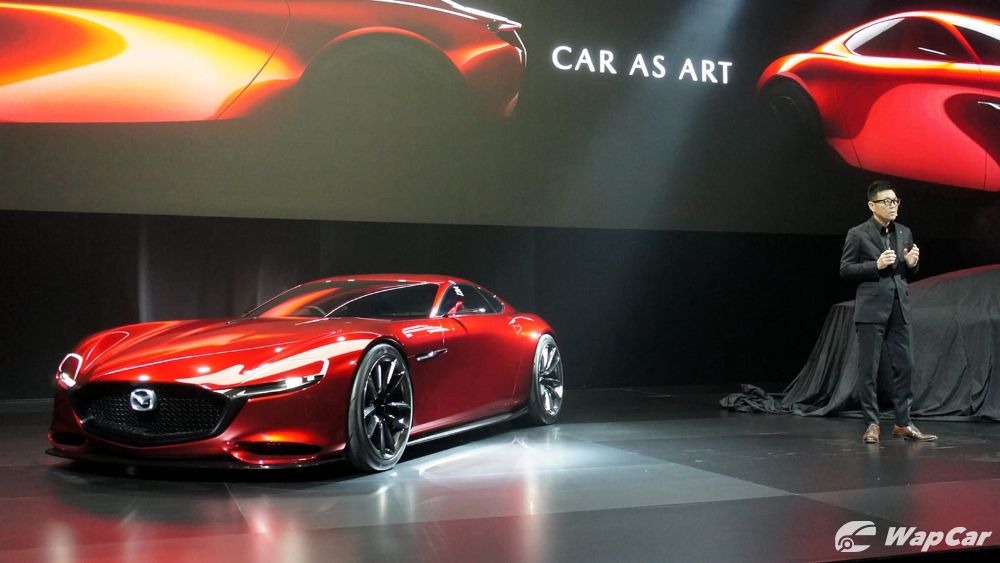 The cost to build a Mazda is actually more expensive than many Mercedes-Benz or BMW models even thoough few consumers can't see beyond the badge to appreciate the details.

Cars are driven by humans and to build a better car you need to understand human biology. Few car companies understand the interaction between the human's five senses and the car better than Mazda.

Yet Mazda does things like adopting a very time consuming clay modelling method to design its cars.

Other car makers still use clay, but not as much as Mazda because it is cheaper and faster to do the same using computers.

Mazda’s chief designer Ikuo Maeda, whose father Matasaburo Maeda designed the first RX-7, thinks otherwise. To him, digital tools are great but if you lack talent in working with your hands, digital tools are just a lazy, poor substitute.

The simple fact is that computers can never replicate how a car looks in daylight. When cars are in motion, sunlight reflects off them and that’s what makes them beautiful.

How light reflects on a car’s surface matters just as much as the car’s proportions and this is why Mazda uses more clay than any other car company, and puts so much emphasis in developing colours like Soul Red and Machine Grey.

I once spoke to Yasushi Nakamuta who headed Mazda’s design studio and he told me that no other car company can copy Mazda’s design because only Mazda’s takumi (expert craftsmen) clay modelers and production engineers can produce such curves to manipulate light and shadow.

The Mazda 3 is the first Mazda model to incorporate this method. So the next time you see a Mazda 3 driving by, pay close attention to the reflection on the side panels as the car drives away, and compare it with other luxury cars. 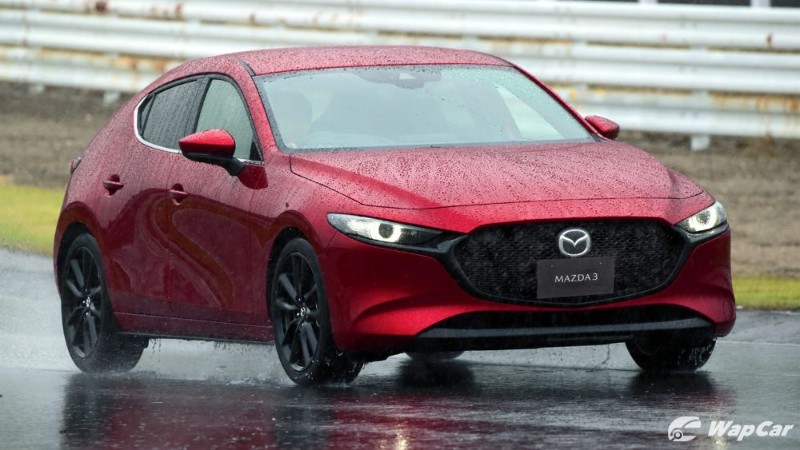 Mazda have so far resisted pressure from competitors to increasingly digitize their cars. The Mazda 3 is surprisingly analogue in character and only a true, keen driver will understand why this is better. It's a total opposite of a G20 BMW 3 Series' Live Cockpit Pro display. 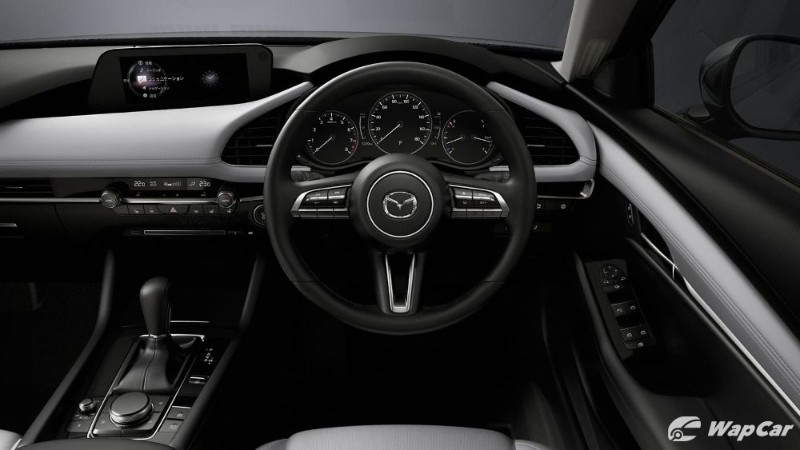 The Mazda 3’s centre dial is actually digital, but it’s made so well that it fools your eyes into thinking that it’s an analogue dial. That’s a very, very difficult task to accomplish. 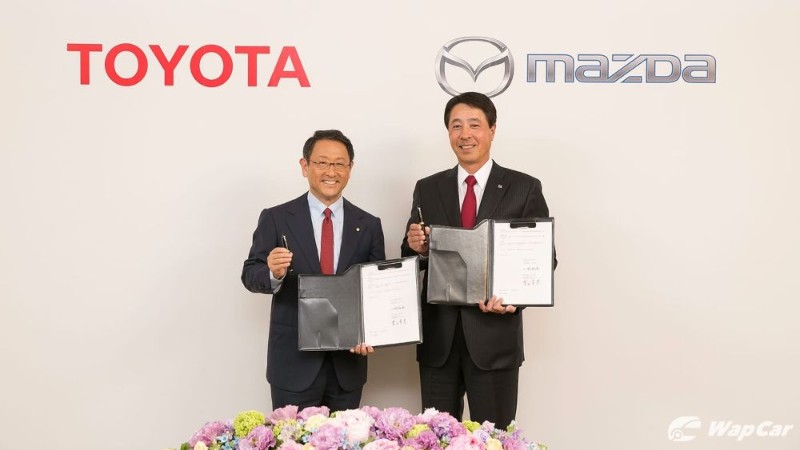 But is Mazda as reckless as they appear? Remember that Toyota owns 5 percent of Mazda but the partnership goes deeper than the financial figures suggest. Western observers won’t understand the dynamics of such relationship.

Toyota President Akio Toyoda is a keen driver but there’s a limit to what he can do on his own. This is where Mazda comes in.

President Toyoda needs someone to build him an inline six-cylinder engine. The partnership with BMW was just a stop-gap measure. The cultural difference between Toyota and BMW is too big. Mazda however, sees eye to eye with Toyota.

Toyota hasn’t confirm this but it is common knowledge that Mazda’s 6-cylinder engine will power the next generation Lexus models.

But Mazda cars lack power, how to out-BMW?

For a car company that claims to put the heart of the driver at its core, the lack of powerful rear-wheel drive Mazda cars is obvious but Mazda doesn’t need anyone to remind them of that. Here’s why: 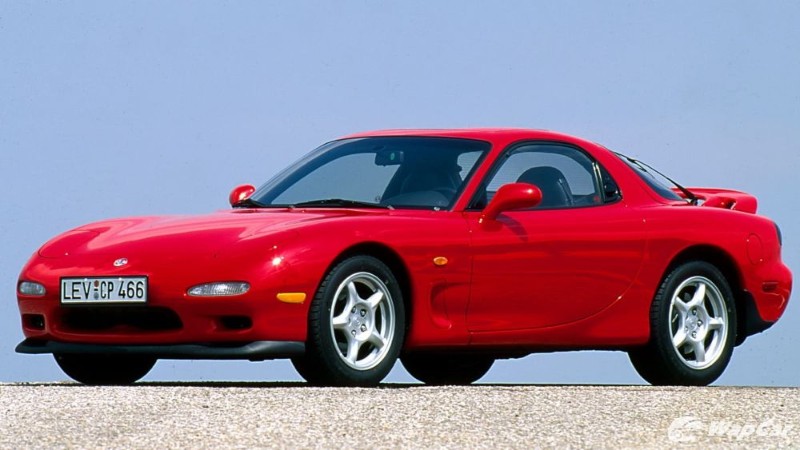 The two-decade old FDs series Mazda RX-7. There’s a fleet of them parked at Mazda’s Mine Proving Ground in Yamaguchi but unfortunately cameras are not allowed so I can’t show you photos.

“The RX-7s are very old now. We definitely need a new, powerful, rear-wheel drive Mazda,” said one engineer with a sly smile, while keeping mum about Mazda’s long-term product plans.

Experienced racers will tell you that to be fast, you have to resist the temptation of increasing the engine’s power. Instead, work first on improving your skills, tune your brakes and suspension, before upping the power. Mazda is applying the same logic to its business.

The reality is that CO2 regulations are getting stricter and most car buyers don’t buy cars based on their power output anyway, despite what Facebook comments tell you.

Plus, BMW didn’t make its name by making the most powerful engines. Early BMW models were slower than equivalent Alfa Romeos and Fords, but it still managed to set the tone for the segment by virtue of its superior handling. Even until today, most BMW models produce slightly less power than an equivalent Mercedes-Benz or Audi.

The current crop of Mazda engines provided sufficient power. Not the highest, but sufficient.

When the Mazda’s first SkyActiv-X 6-cylinder engine enters production, it will most certainly be naturally aspirated, to maintain the precisely linear throttle response and the mechanical purity that true enthusiast drivers love.

The new rear-wheel drive Mazda sedan will certainly grab attention, but many will also boo at the price.

The path ahead will be difficult. Mazda will have to lose more money before it can make more money. The Mazda 3 isn’t doing too well, even in bigger markets like the US, for obvious reasons regarding its price.

Toyota will provide some much needed financial security and it will be a while before consumers agree to pay a premium for a Mazda.

It takes about five to ten years of continuous product offensive to lift a brand’s image but work on the Mazda Premium strategy started several years ago so results will become apparent as early as the middle of the next decade.

There’s no point in passing judgments now. We will revisit this piece again five years later, by then Mazda’s range should've been fully renewed with the 7th generation products.