HomeNewsHe’s back with yet another thrashed-up Perodua Kancil! Where does he keep getting them?

He’s back with yet another thrashed-up Perodua Kancil! Where does he keep getting them? 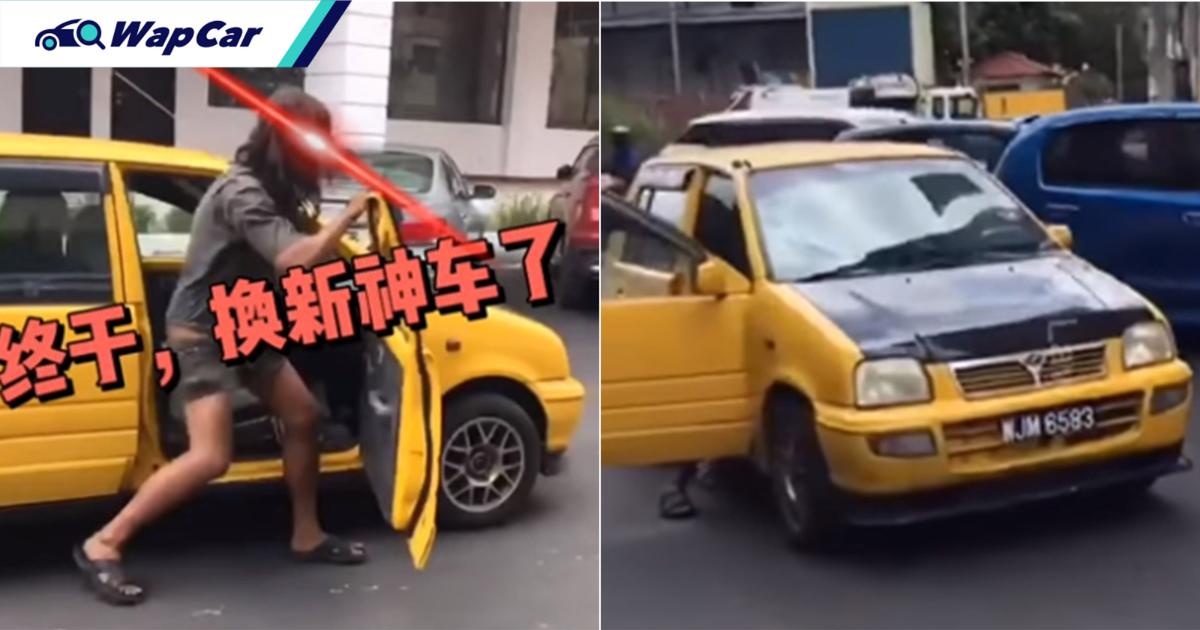 Remember the legendary trashed up Perodua Kancil that we reported last month? Yes, the car has been towed away by authorities, but the owner is now back on the roads in yet another Kancil albeit less thrashed-up than before.

To be fair, from what we can see on the viral TikTok video uploaded by TerryLianCar, the owner’s new Kancil is in much better condition than the previous one. At least all 5 doors could be closed and there aren’t any broken windows.

The previous Kancil that went viral sported a caved-in roof and doors that could barely close.  Many questioned how is the car still functioning.

This is the third Kancil that the owner from Raub, Pahang, has gone viral in. We hope that the new black and yellow Kancil wouldn’t meet the same fate as the one that has been confiscated by the authorities!

Also read: Legendary trashed up Perodua Kancil makes a return to the streets!