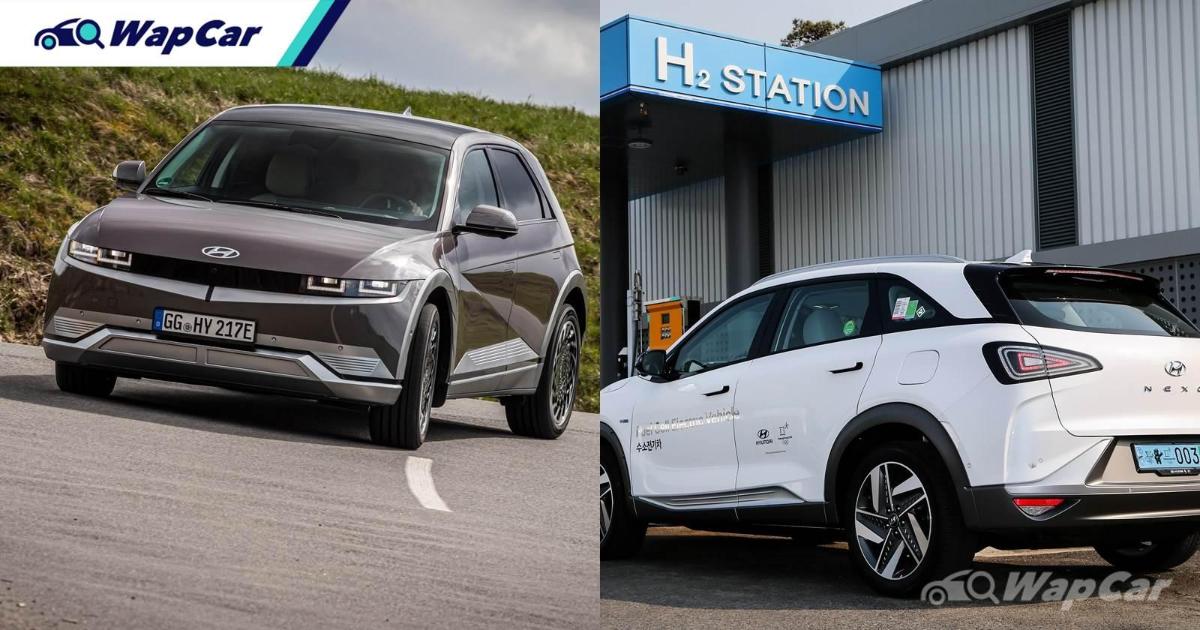 Korea and Japan are facing record high temperatures as both countries enter peak summer in the month of August. Electric power consumption has also increased, as households and office buildings rely more on air-conditioning.

The national power grid in both countries have been under severe stress. Korea’s power supply reserve margin feel down to just 10.1 percent last week, putting it dangerously close to the country’s minimum threshold of 10 percent.

The Ministry of Industry has warned that as temperatures soar to the forecasted 34-degree Celsius next week, the reserve margin could go down to 4.2 percent, and at such low level, rolling blackouts are a possibility.

Over in Japan, the situation is even more severe. Japan’s national grid’s power supply is now running with a reserve margin of only 3 percent. 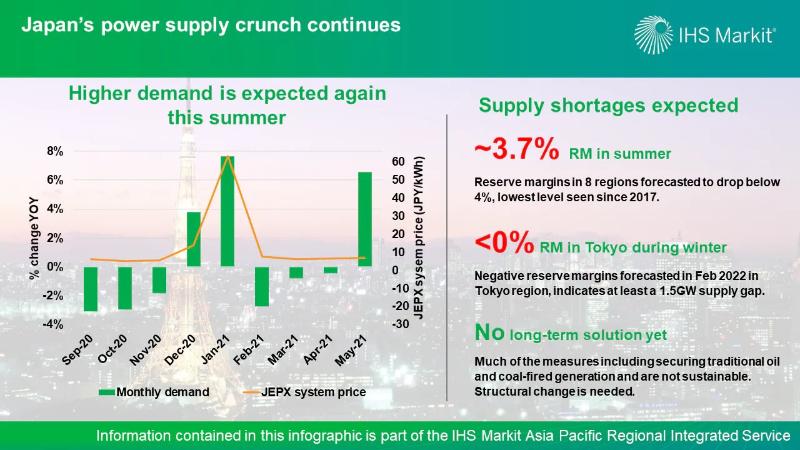 Earlier in May, Japan's Minister of Economy, Trade and Industry Hiroshi Kajiyama issued a rare directive to prepare for an ‘emergency response,’ as Japan is expected to face record high temperatures in summer, as well as record low temperatures later this year in winter.

Power supply reserve in Tokyo is projected to be at an extremely dangerous 0.2 percent for January 2022. 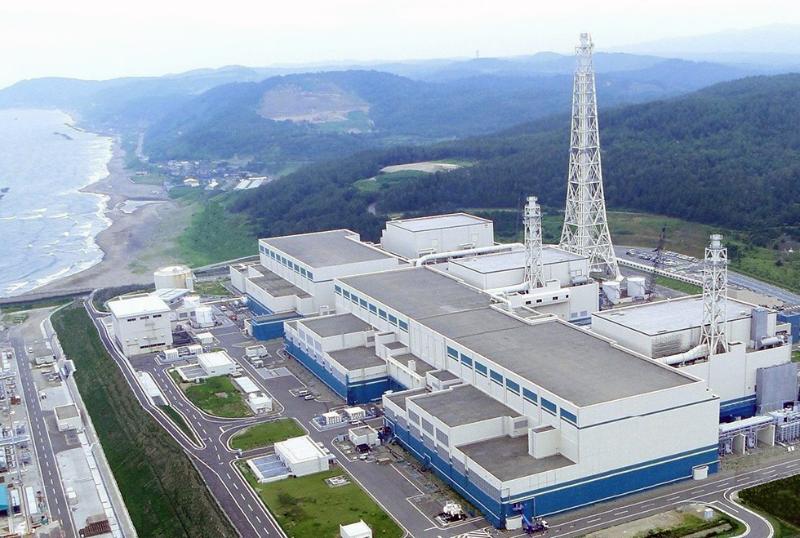 "This is an extremely severe outlook at this moment," said Masashi Morimoto, Director of METI’s (Ministry of Economy, Trade and Industry) office for electricity supply policy, adding that the outlook for winter was the most severe in recent years.

"As we still have about a half year we will consider our specific response and take necessary actions," Morimoto told the Japanese press in May, adding that these could involve changing the maintenance schedules of power plants and restarting idle plants. 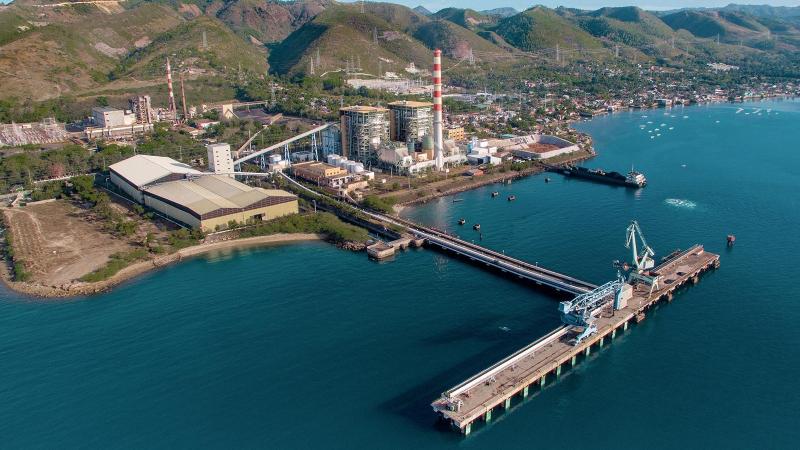 Power shortage in Korea and Japan is also made worse by the gradual decommissioning of nuclear power plants, as mounting public concerns post-2011 Fukushima earthquake had given such power sources a bad reputation, and for politicians, it’s a liability for anyone standing for elections.

Alternative renewable energy sources however, are not coming online fast enough to meet the rising demand for power.

Why Korea and Japan are pushing for a hydrogen economy?

This cyclical shortage in power supply is also why Japanese and Korean governments, unlike the European Union, are less keen to put all their bets into battery electric vehicles (BEVs). 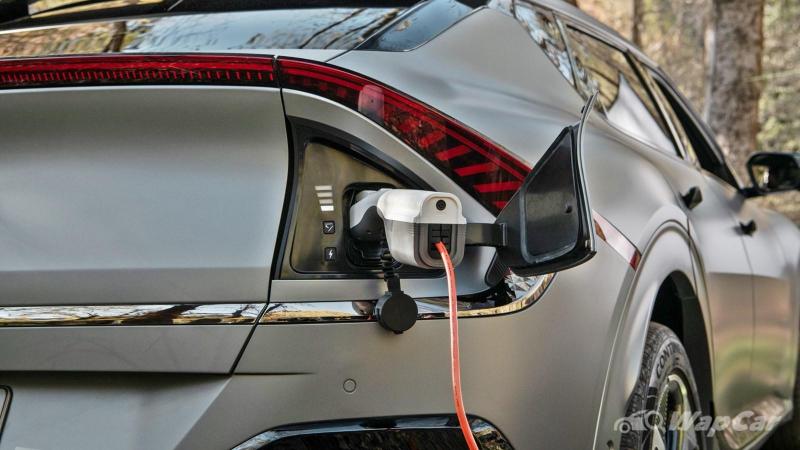 Mazda for example, has long expressed doubts on whether BEVs are the best solution for Japan, even after considering off-peak hour charging because Japan’s power grid simply can’t cope with a large scale shift towards BEVs. 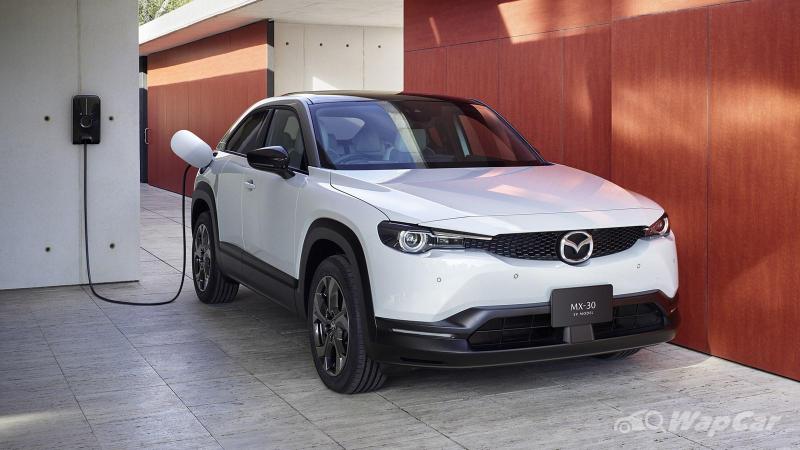 But like everyone else, they are developing BEVs anyway because regulatory conditions in other markets, especially China and Europe, demands them to do so.

Meanwhile, Hyundai has said that BEV technology is not suitable for ships and long haul trucks, both of which Hyundai also makes. 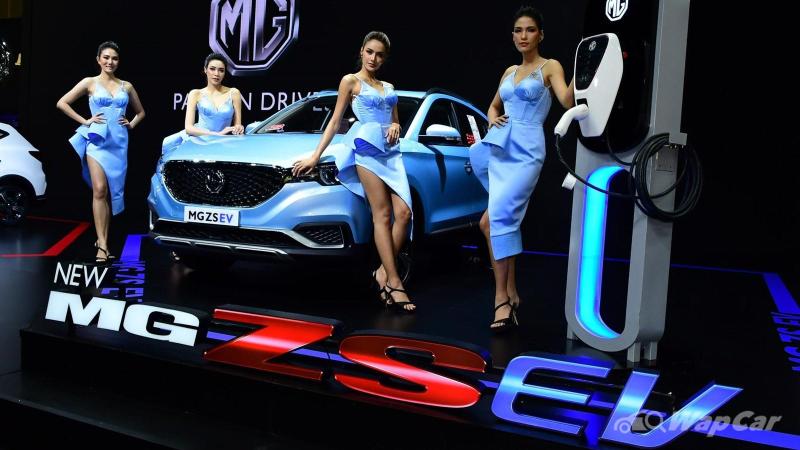 Hyundai also makes trams and trains and these take up a lot of Korea’s power grid’s supply. The company’s train-manufacturing arm Hyundai Rotem is now developing FCEV trams and trains, which can run independently off the power grid. 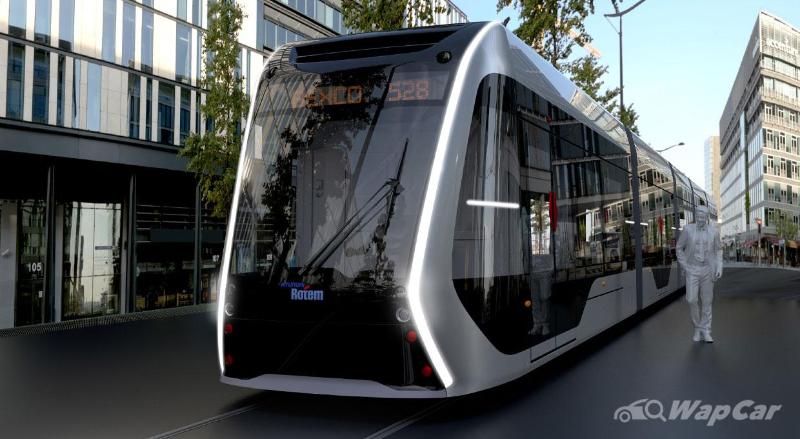 Japan and Korea also happen to be the strongest proponents of hydrogen-powered fuel cell electric vehicles (FCEVs), which in their opinion, makes for a better clean energy source for their country’s natural resources-strapped, mountainous geography – it makes construction of new power plants difficult.

FCEV are electric cars but unlike BEVs, they don’t need a big, high voltage battery and doesn’t have to be plugged in to be recharged.

Instead, an FCEV runs on electricity that’s continuously generated by the fuel cell stacks that mixes hydrogen with oxygen, emitting just water. 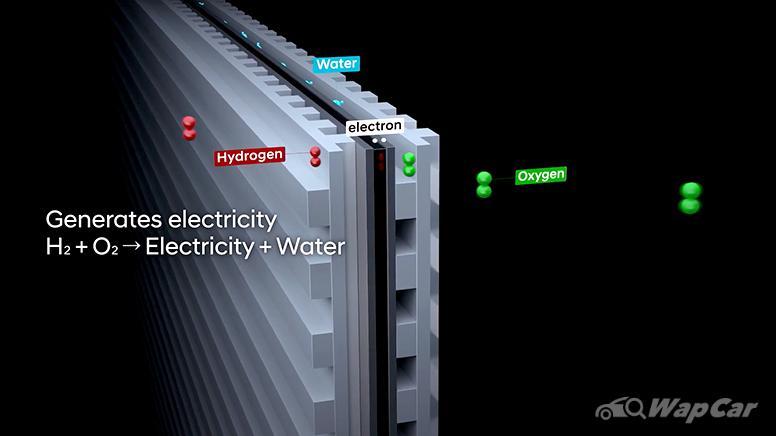 Are FCEVs better than BEVs?

Like a regular car, an FCEV’s hydrogen fuel tanks can be refueled in about 5 to 8 minutes, depending on the pump’s pressure, and has a range of over 400 km to 500 km, which is quite similar to a regular car.

FCEV technology is also more suitable for cargo carrying vehicles like ships and lorries, as FCEV hardware take up less space than batteries. 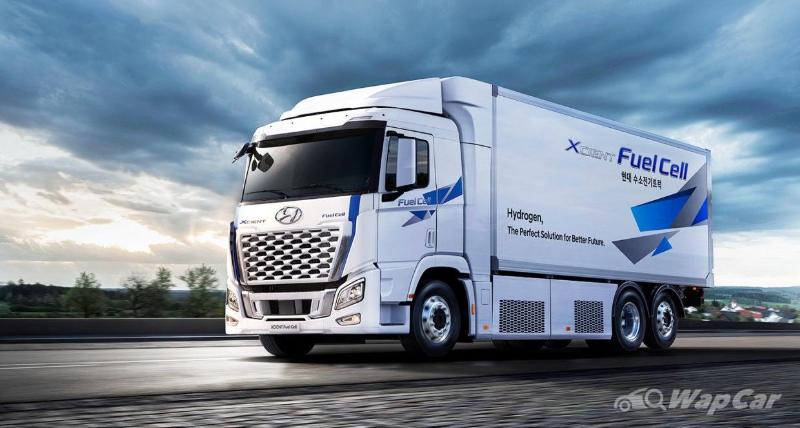 The downside is of course, an FCEV's well-to-tank energy cycle is not as good as a battery electric vehicle. There are just too many energy conversion processes, each of which either require energy input, or loses energy, before an FCEV can even move.

Transporting and storing hydrogen is also more complicated than electricity, which can be found at the nearest power socket.

Korea has also been ramping on their investment in infrastructure to generate green hydrogen, which unlike traditional grey hydrogen, is 100 percent carbon neutral. 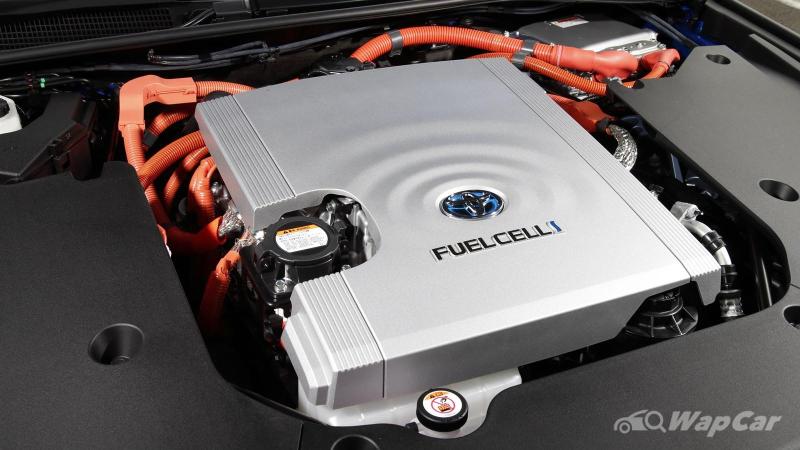 Hydrogen can be generated from various sources, including water and bio-waste but the most common method is extracting it from fossil fuel sources like natural gas, which as you can imagine, is not carbon neutral at all, hence it is categorized as ‘grey hydrogen.’

Also read: Fuel from water? Hyundai is building a wind farm to extract hydrogen from the sea 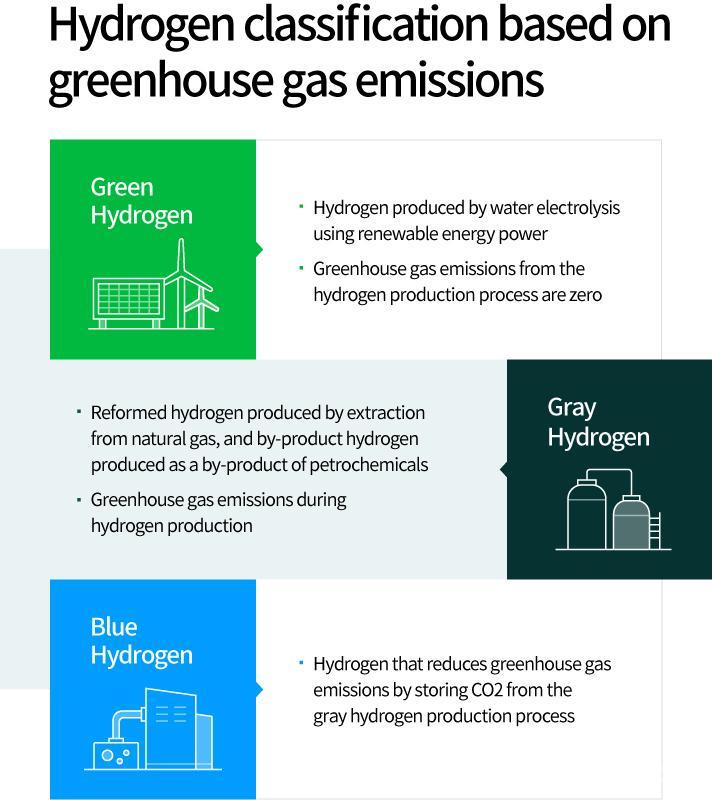 In between the two is blue hydrogen, which is like grey hydrogen except that the carbon dioxide emitted during the extraction process is captured and stored. 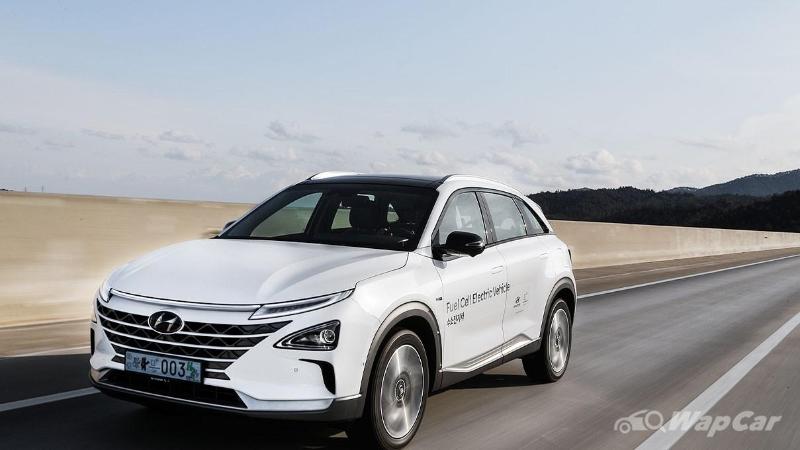 Under Korea’s ‘Hydrogen Economy’ plan, the country aims to put aims build up to 1,200 hydrogen stations across the country by 2040.

Over in Japan, hydrogen is at the centre of the country's 2050 goal of achieving carbon neutrality. Japan wants to put 1,200 FCEV buses and 800,000 FCEV passenger cars by the end of financial year 2030, supported by 900 hydrogen stations.