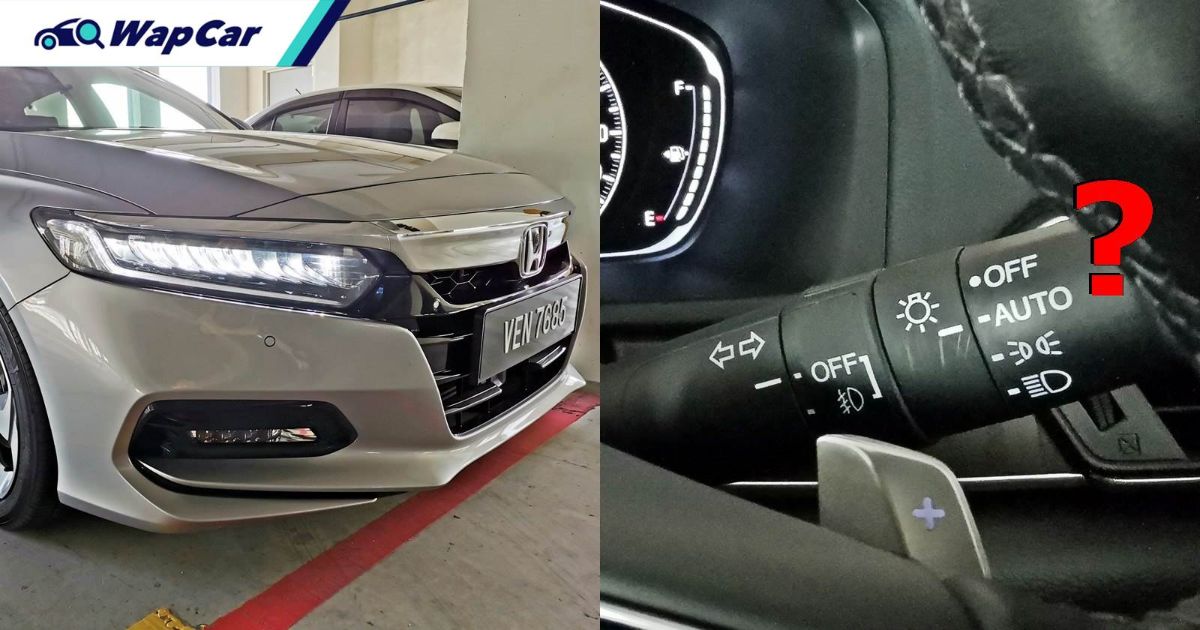 If you own a Honda equipped with automatic headlamps, you may be wondering why you can’t switch off your car’s headlamp even though the light control stalk has an ‘Off’ position. 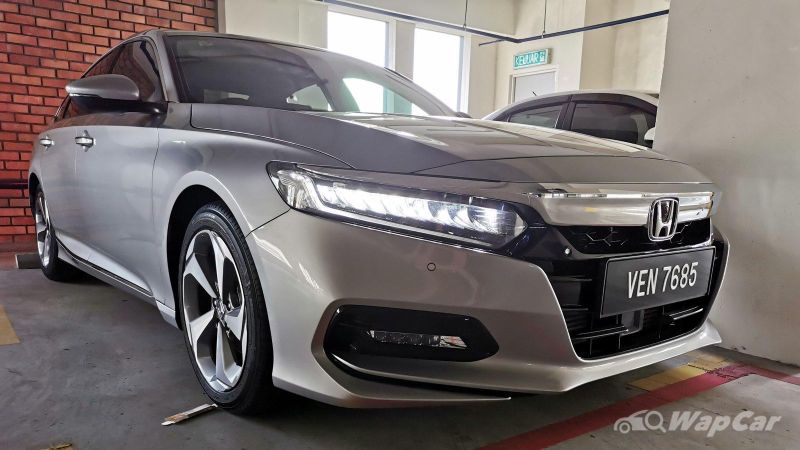 Instead, the default position is Auto. You can move it upwards to ‘Off’ but it will always return back to its default ‘Auto’ position. You can however manually select the side lights-only (first position down) or main driving beams (second position down) mode.

So why is there an Off position if you can’t even select it?

The simple answer is that the headlamps can only be completely switched off if the car’s transmission is in Park.

Why? Because some complex United Nations regulation says so.

Since 2013, this is the set up legally required by the United Nations Economic Commission for Europe (UNECE) WP.29 World Forum for Harmonization of Vehicle Regulations.

Yes, it’s quite a mouthful, so it’s commonly referred to only as UN WP.29 regulations.

To be specific, it’s actually the UNECE Regulation No.48 (R48), Uniform provisions concerning the approval of vehicles with regard to the installation of lighting and light-signalling devices.

The hows and the whys are really boring nerdy stuff but if you want to know more, we will get to that later.

For the benefit of the majority of the users looking for a simple answer – it’s because this is how the law requires daytime running lights (DRLs) to work with automatic headlamps.

The confusion in how to use the ‘Off’ function is more common among Honda owners because Honda is one of the few car manufacturers to allow users to completely turn off the headlamp, including daytime running lights (but transmission must be in Park). Most other cars will switch daytime running lights mode if the main beams are turned off.

If you’ve notice, most global-standard cars with daytime running lights and automatic headlamps no longer have an ‘Off’ position.

Even the Toyota Camry’s headlight control stalk doesn’t have Off an position.

So if you own a recent model Honda with LED headlamps, be it the Honda City, Honda HR-V, Honda Civic, Honda Accord, or Honda CR-V, simply just leave it in Auto.

Select the side lights mode if you are approaching pedestrians, security guard posts, etc, because you want to be a cultured and emphatic person who is mindful of not glaring others with your headlamps.

Even though your car has automatic headlamps, you should still manually turn on the headlamps when you are driving in the rain in the day. Although there’s sufficient daylight, visibility is poor due to the rain so always turn on your headlights manually even if the Auto head lights don’t come on yet.

The US has its own set of regulations governing passenger cars, which as you would expect from the Americans, is different from international standards adopted elsewhere.

Instead of following UN WP.29 standards, cars in the US have to conform to the FMVSS (Federal Motor Vehicle Safety Standards).

As you can see from the video below by Honda USA, the controls are slightly different from our local Honda, because their regulations allow for an Off position.

What is UN WP.29 and why are our cars governed by European laws?

In many countries including Malaysia, a new car has to undergo what’s known as Vehicle Type Approval (VTA), sometimes also referred to as vehicle homologation, a big word that simply means conformity to regulations. 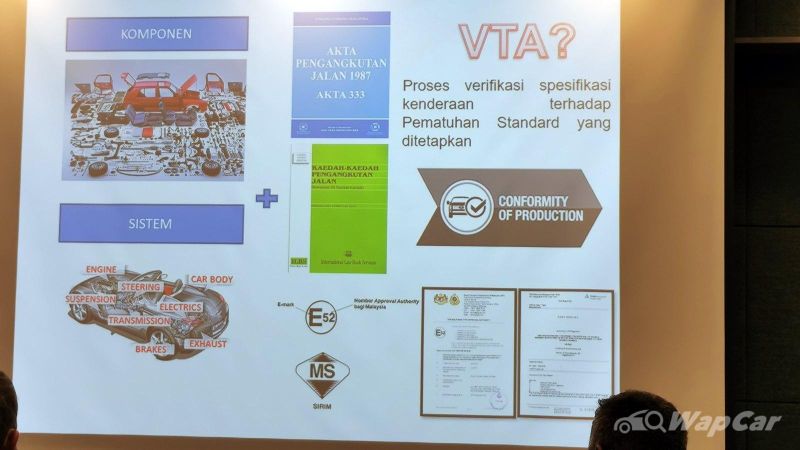 VTA only needs to be done one time, one the first unit of that particular vehicle model to be registered in the country. Subsequent units need not undergo that process because their specifications are identical to the first car, so the approval is automatically extended to these cars.

Also read: Your car has an IC and a 'birth cert' - JPJ demonstrates how vehicle homologation (VTA) is done, with a BMW iX 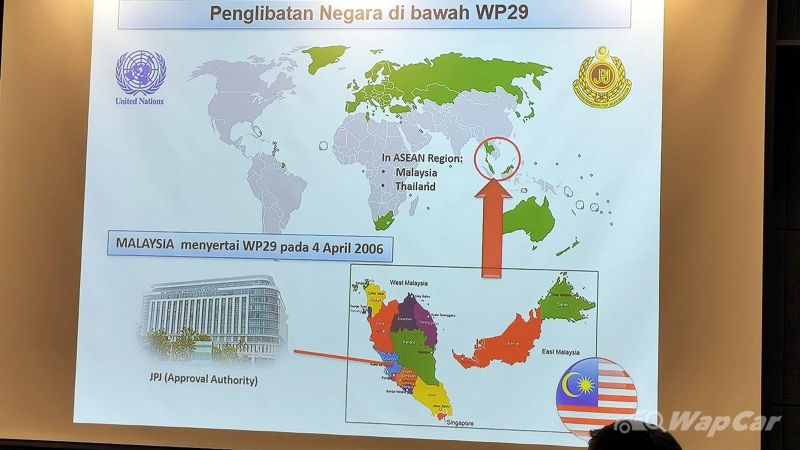 Like all laws, each country have their own interpretation but cars are global products. If a manufacturer have to make adjustments to every market it sells its products in, it adds unnecessary cost, hence why harmonization of regulations is necessary.

Enter UN WP.29. You can think of it as the ISO standard for cars.

The basis for UN WP.29 is the European-standard ECE regulations, probably because the European Union already counts 27 countries, the presence of German as an automotive powerhouse and major economic power, plus the ECE’s already very robust regulatory framework offers a good starting point. 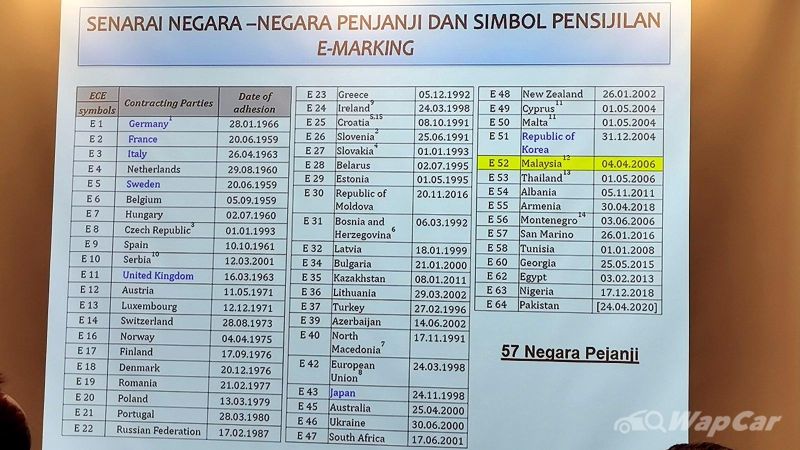 Not all countries fully adopt WP.29. USA for example, wants to do things their way, so is Korea and Japan, even Australia, which only adopts partial conformity, because safety and environmental standards is a convenient tool to protect local industries.

For example, because the US market is so big, American car manufacturers can gain huge economies of scale by developing products that exploit advantages given by local regulations – lower safety and fuel economy standards for large pick-up trucks and SUVs example. 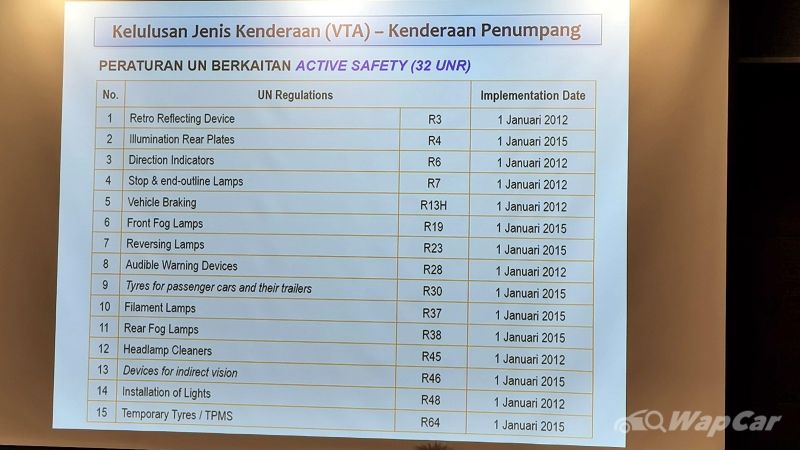 If Mercedes-Benz wants to sell their GLS in the US, they would need to redesign quite a few parts (for example, US airbags are required to work without seatbelts, with different standards for signal lights and bumpers too), and conduct a new round of tests and submit the necessary paperwork in according to US requirements. All these add cost.

It’s the same with Korea. If Toyota wants to sell a Camry there, it needs to redo a lot of testing, and submit Korean-standard paperwork according to the KMVSS (Korea Motor Vehicle Safety standards), standards which are indirectly favouring the Hyundai Motor Group.

However, all developed nations have agreed to work towards harmonizing their motor vehicle regulations, hence the UN WP.29.

USA, Korea, and Japan have already amended some of their laws to start recognizing UN WP.29 standards, in parallel to their own local standards, but full recognition is still some years away.

What does UNECE R48 say?

Since 18 November 2012, Revision 9 of the UNECE R48 regulation covering lighting devices specify that cars with daytime running lights must be accompanied with automatic headlamps.

Also, LED headlamps with brightness of more than 2,000 Lumens require headlamp washers and automatic headlamp levelling. However, some manufacturers are proposing for the removal of the former, because its benefits are debatable.

Now that you’ve learned a bit more of the complex regulations that govern motor vehicles, you will understand why modern cars are the way they are, and why manufacturers can no longer build cars like they used to. 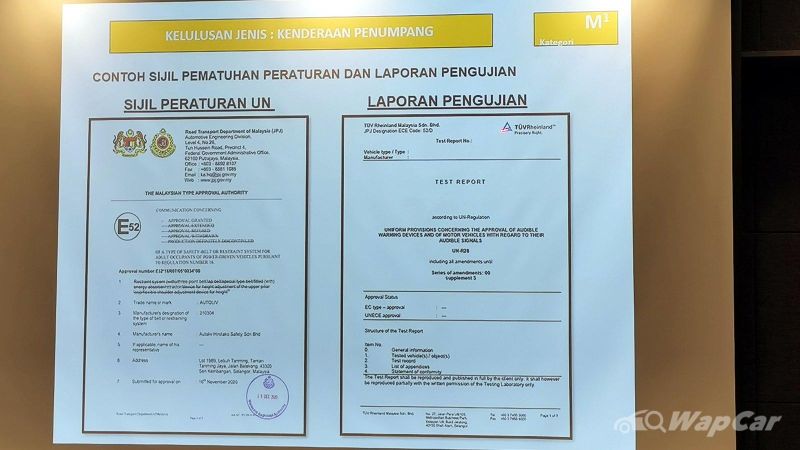 In today’s tightly regulated world, freedom of expression is a precious commodity. Self-indulging sports cars are extremely difficult to build.

It’s also why we think the 2022 Toyota GR 86 and Subaru BRZ will be the last of such cars.