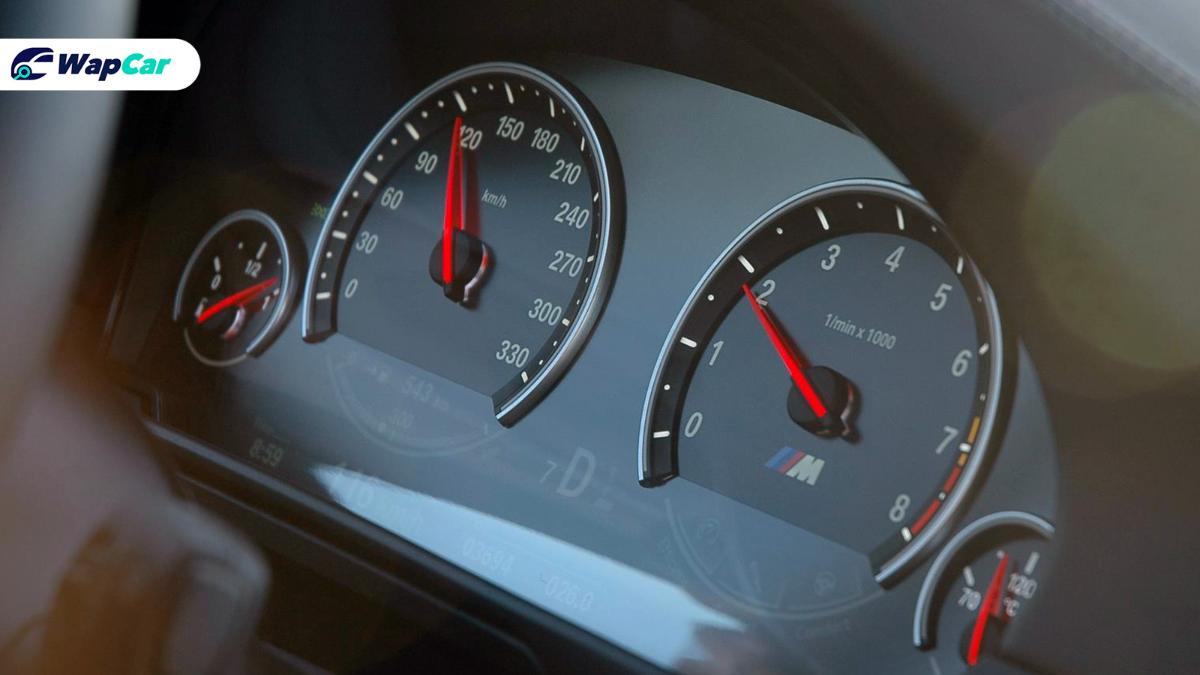 This article was contributed by the former editor of Malaysian Evo magazine, Daniel Wong, who currently resides in Australia. You can find more of his off-beat articles on the motoring world at The Motor Muse.

As '70s singer Joni Mitchell once sang, “Don’t it always seem to go, that you don’t know what you have got, till it’s gone”. Those words ring true for yours truly, who now lives a continent away from Malaysia’s wonderful roads and less stringent speed enforcement. 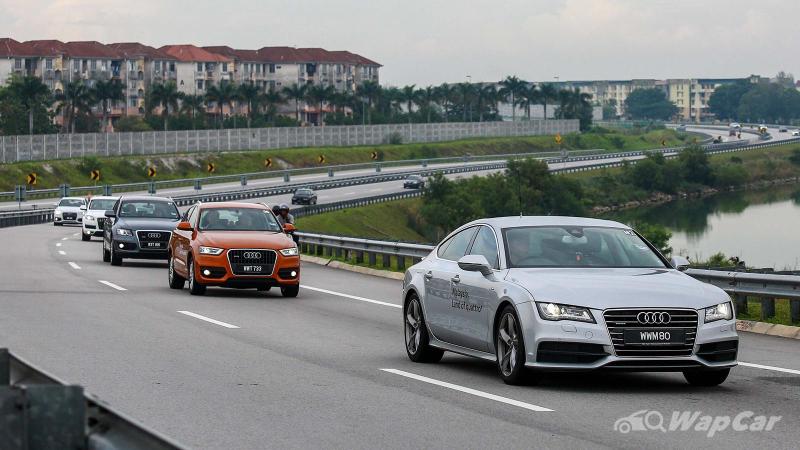 If you fancy playing the game of life on hard difficulty, come down to Australia. Not only is the flora and fauna on fire for most of the year, but the police also have no chill when it comes to speeding, especially in the state of Victoria.

If you think a 10km/h tolerance for going over speed limits is tough, try 3km/h. You can’t even read that margin on a speedometer! If you go 25km/h over, your license gets suspended for three months. Over 45km/h, and you won’t be able to drive for a whole year. Spin your wheels at the lights and the authorities will seize your car, the more blatant offenders will even have their cars crushed. 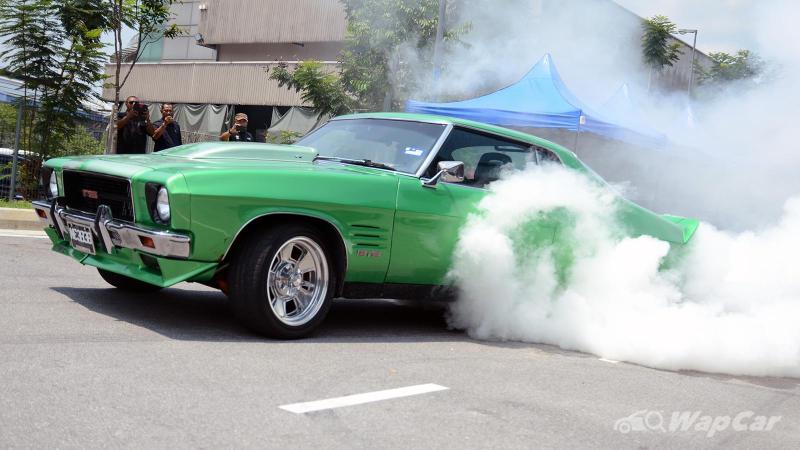 It isn’t as though Australia’s speed limits are that high, to begin with. The quickest you can go on most highways is 110km/h. Rural roads are limited to around 70-80km/h, 60-50km/h for housing areas, whereas city centres are pegged to a 40km/h crawl.

Do not think that you can “negotiate” with the police with compassionate appeals or illicit means. My colleague got booked doing 90km/h after a late night at the office when he failed to spot newly set up roadworks that brought the limit down to 60km/h. It was AUD500 in fines and the bus for him for the next three months. 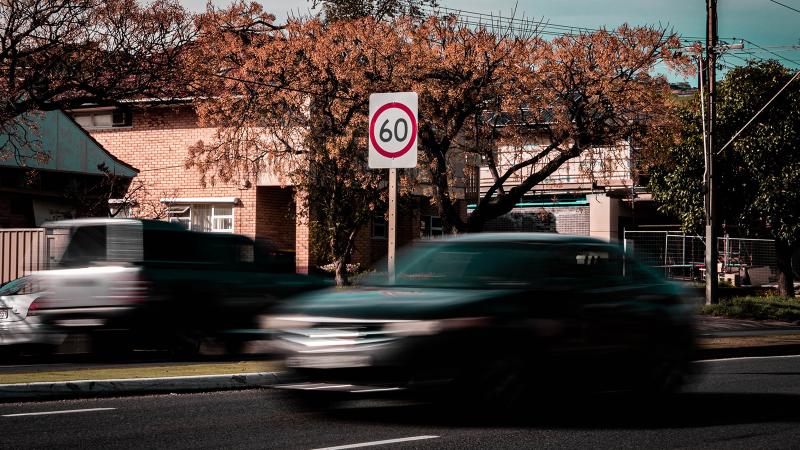 Photo by Andrew Teoh via Unsplash

For such a vast and sparsely populated landmass, Australia’s speed limit enforcement is incredibly heavy-handed. Imagine driving on an arrow-straight road, keeping to the 80km/h speed limit for 20 minutes with not a soul in sight. That sort of isolation is common Down Under, and it can drive a petrolhead mad with boredom. 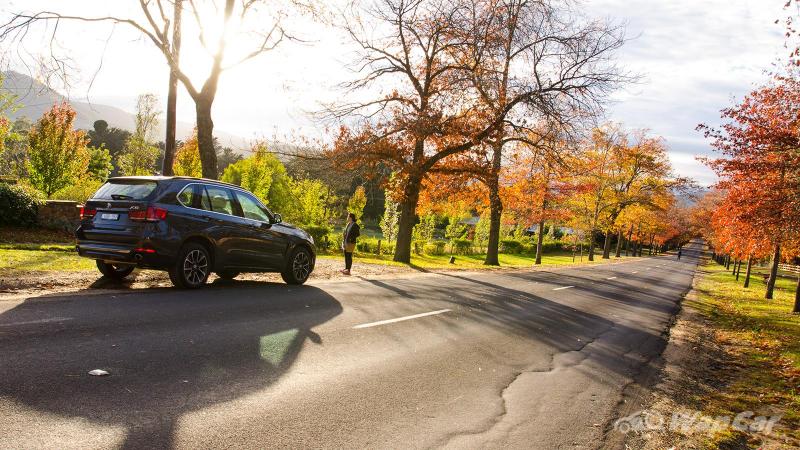 As expected, Aussie car enthusiasts and journalists aren’t happy campers with this sort of regime. Any mention of speed limits and you will get an earful of reasons why it isn’t making the roads safer and that the government is simply fleecing road users of their hard-earned dosh.

In retrospect, we Malaysian petrolheads have it rather good. Being able to drive to our heart’s content, where speed limits seem to be more of a suggestion than a warning, on world-class highways. You literally won’t find these freedoms on this side of the world. 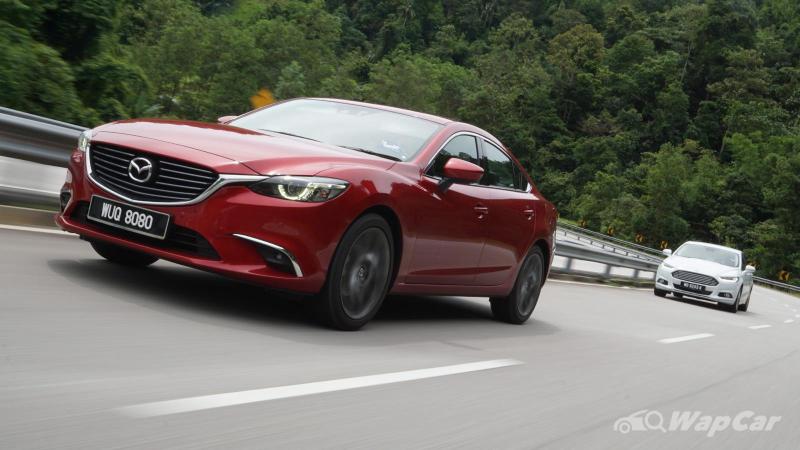 So after three years of living in the heart of the Victorian police state, Melbourne, I believe I’m in the right place to subvert expectations and tell you that life on the road here is better. And I don’t mean, better because I’m at less risk of crashing and dying, though I will say that I’m far less likely to get a heart attack or an aneurysm from driving here than I would back in Malaysia. 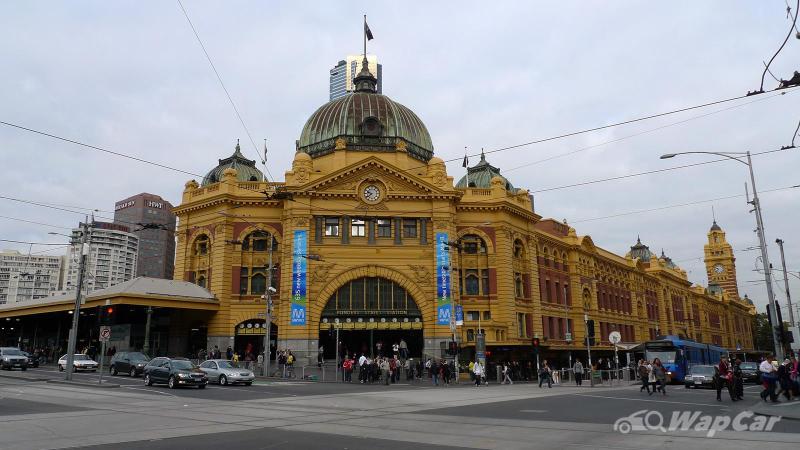 Initially, I thought that this “quality of life” was due to the absence of kapchai riders dawdling about, splitting lanes, and ignoring traffic lights like it is their father’s road. Not only are there far fewer motorcycles here, those who do ride are on their best behaviour, again, due to the scrutiny of strict law enforcement. However, there is more to it than just the absence of errant rempits. 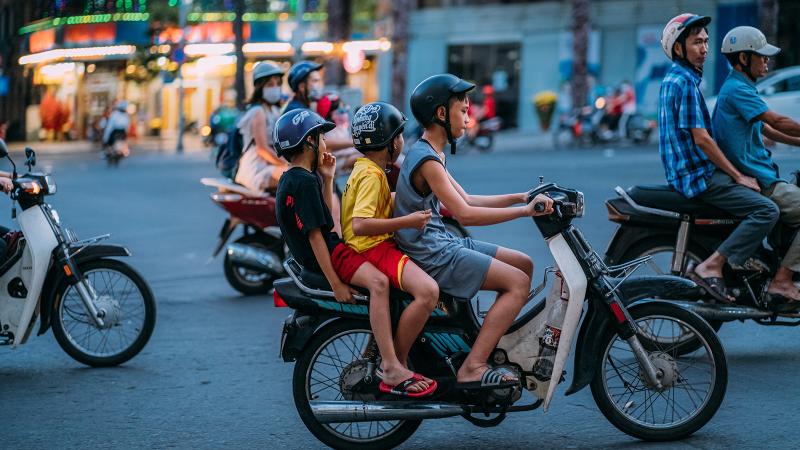 Photo by Tron Le via Unsplash

It wasn’t until I was driving home after getting off a plane from Kuala Lumpur, that I realised that I’m not getting stressed by people shoving me around in my little hatchback. Nobody is tailgating, cutting lanes to get ahead, or just generally being impulsive and impatient. Weird, considering that the other drivers were either driving a pick-up truck or something with a V8 in it. These are the sort of cars that you’d normally see in Malaysia shoving its grille into your rear-view mirror to show dominance. 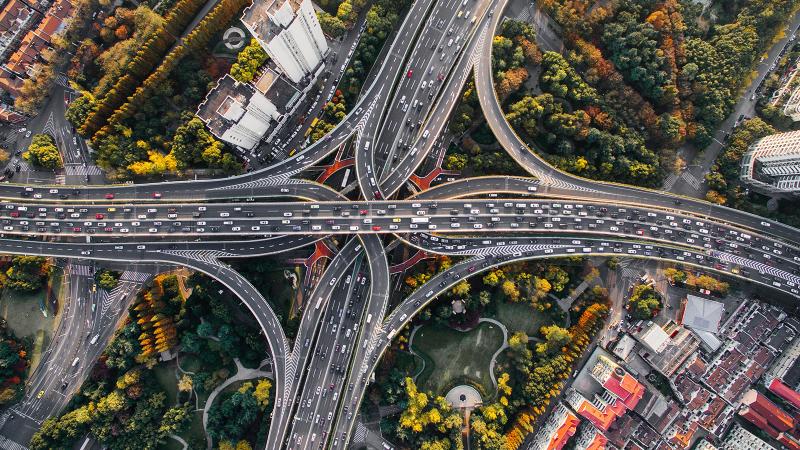 Photo by Denys Nevozhai via Unsplash

My initial thoughts were that Australian drivers were generally more well behaved. Then again, I have been to Summernats, the annual bogan party that demonstrates what happens when you give rempits V8s and alcohol. I was somewhat perplexed until a C63 AMG burbled lazily by when I came to a realisation. Nobody is impatient here because nobody can afford to be, not from the risk of hefty fines and license suspension hanging over their heads. 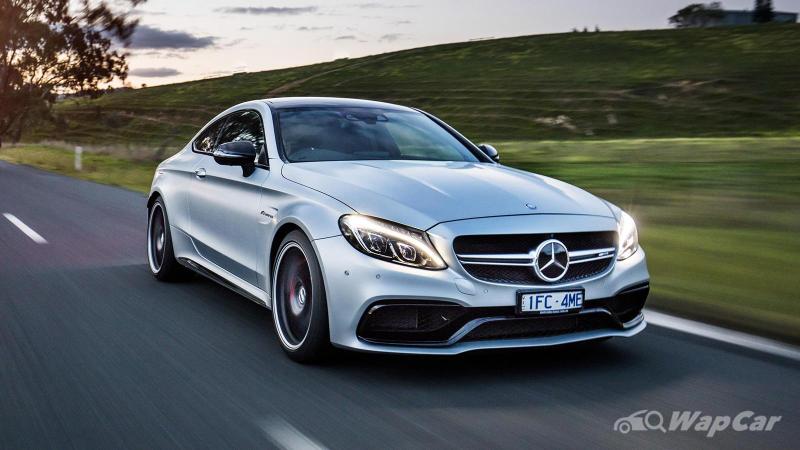 Not only that, with everybody travelling at roughly the same rate of speed, anticipating each other’s movements is now far easier. So too is merging into lanes. Vehicles closing in with a 5-10km/h speed difference is easier to anticipate than one closing in with a 30-50km/h difference. 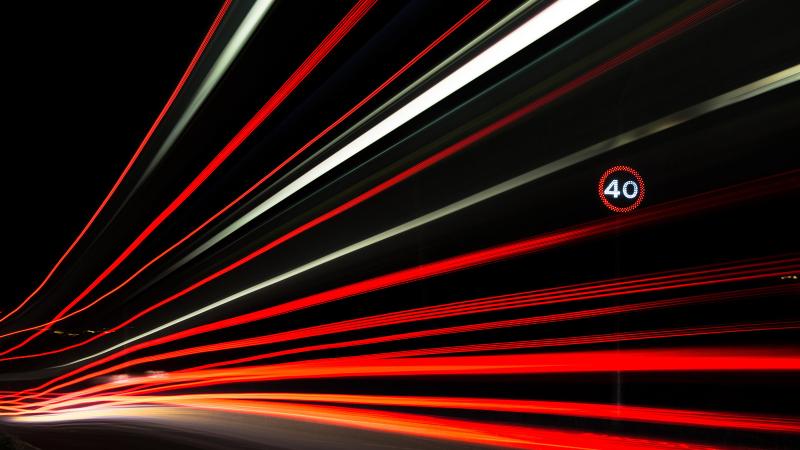 Photo by Paul Smith via Unsplash

Of course, petrolheads and automotive journalists would point to the autobahn as proof that we don’t need speed limits but minimum speed limits. They would argue that if everyone is free to drive to their ability, then everything will be fine and dandy, with crossed fingers behind their backs. This is why I don’t take their opinion on the matter seriously. 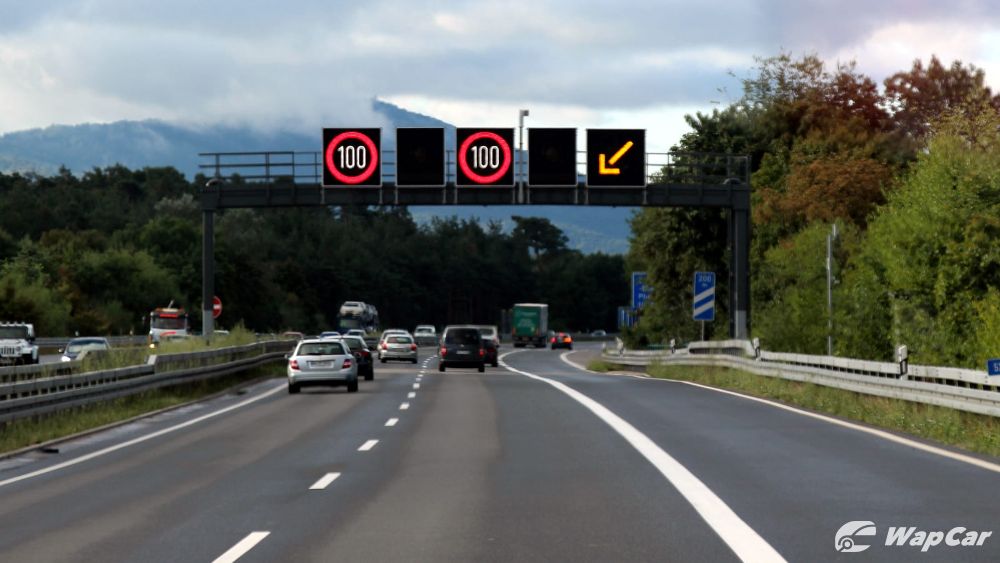 The truth of the matter is, the autobahn’s speed limit-free status is untenable, with speed limits already being implemented along most stretches. Many blame the environmentalist Green Party for wanting to keep a lid on emissions, but I believe the autobahn is getting too crowded. What’s more, there are a lot more cars on the road capable of silly speeds than ever before, and its driver demographics is not getting any younger. 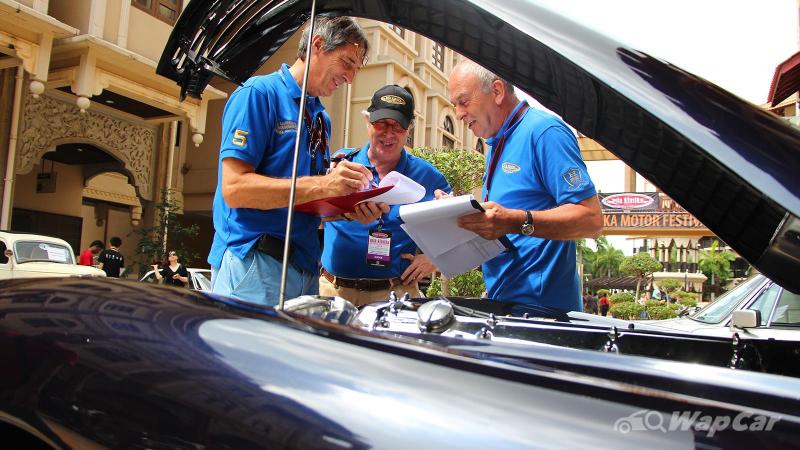 Contrary to what my talking points might lead you to believe, I consider myself to be your average petrolhead. I am the sort of person who would get in my first-gen Mazda MX-5, tackle some mountain roads, get home, and jump on Assetto Corsa to spend a few laps on track in a virtual version of it. This is because I enjoy driving, I enjoy honing my skills, but I am also aware that not everyone is like me. 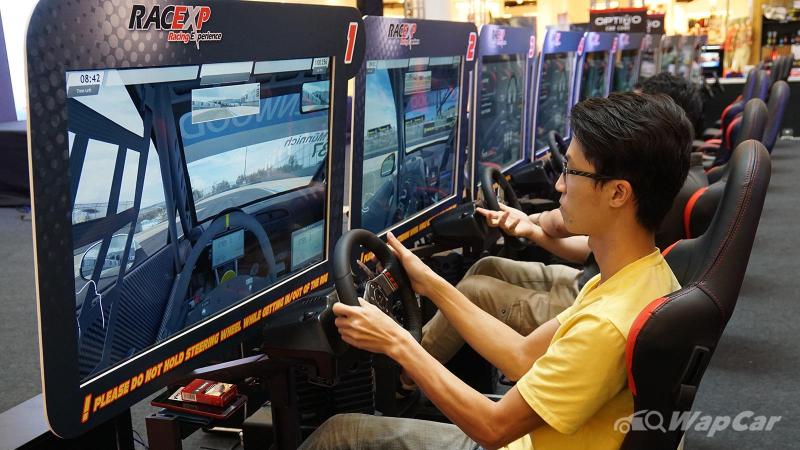 Likewise, most petrolheads and automotive journalists have the interest and passion to build their skills. But they represent a small minority of road users. Not everybody can conduct themselves well at high speeds. Many don’t even have an interest in improving their skills or even practice proper seating positions. To them as long as they get to their destination with their NCB intact they are golden. 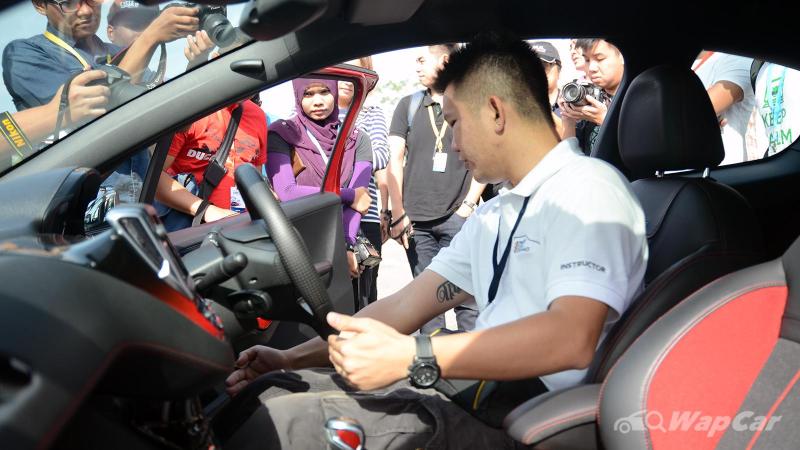 Here is a fun little experiment to demonstrate my point. Get your parents to play a multiplayer game like Fortnite. If the fast pace and colours don’t disorient them, the cursing from more experienced and passionate players certainly will. Sounds like what you would get on a Friday night on the LDP to me. 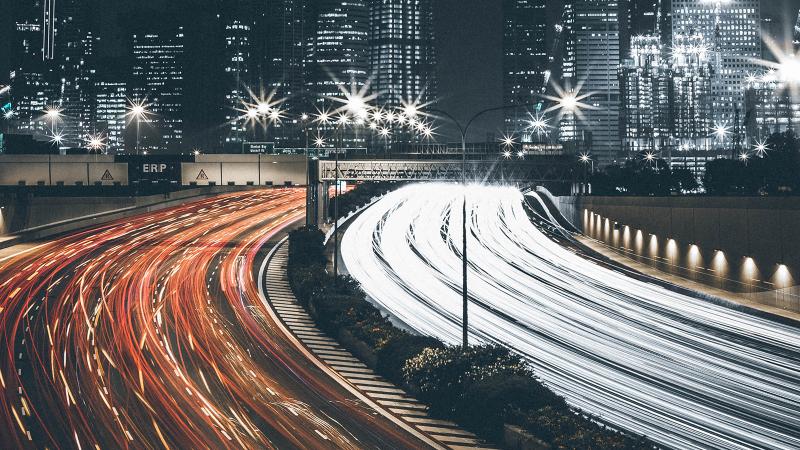 Photo by Thaddaeus Lim via Unsplash

Mandatory advanced driving classes would be useful, though it would require routine retraining to be effective. Habits are hard to break and advanced lessons can’t go far without the innate desire and drive to improve oneself. The average pakcik and makcik will be wondering how on earth learning about applying opposite lock in their trusty old Kancil is going to get them to the pasar? They just want to pick up some kangkong for goodness sake. 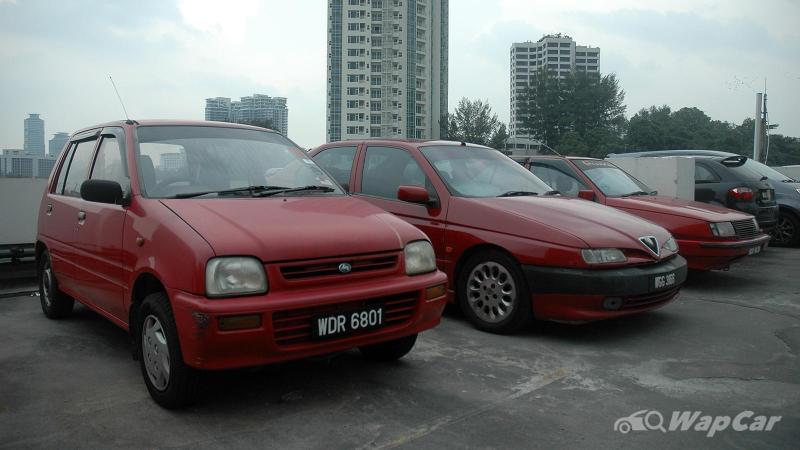 Since we are on the subject of advanced driver training, the first thing an advanced driving instructor will tell you is to drive at a pace you are comfortable with, and not try to impress anyone, especially the instructor. There is nothing worse for an instructor than an over-confident driver looking to play stupid games and win stupid prizes. 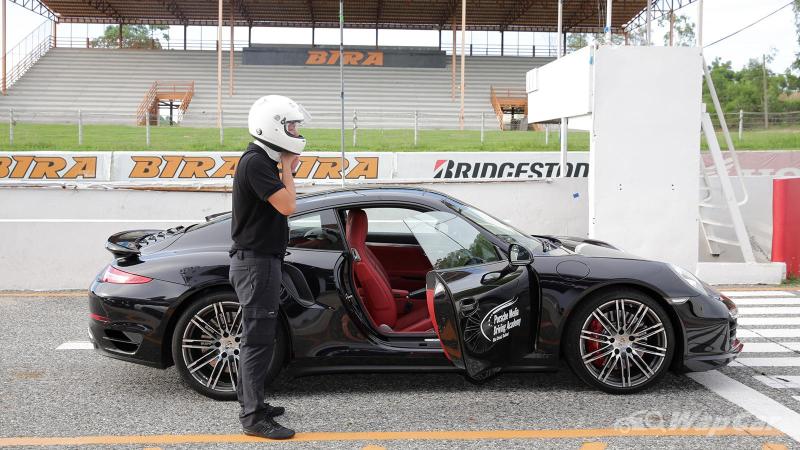 Just as driving skills vary from person to person, not everyone has a car that feels comfortable travelling at high speeds. A Mercedes-Benz at 140km/h feels like it is just getting into its stride, while a Perodua Axia gets rather lively.

So in a limit-free environment, the Axia driver is naturally going to keep below 140km/h, while the Mercedes-Benz driver will be cruising past 160km/h easily with a few Myvis in tow, probably. Once again, that 30-50km/h speed difference is there. This time at higher speeds with much greater consequences. 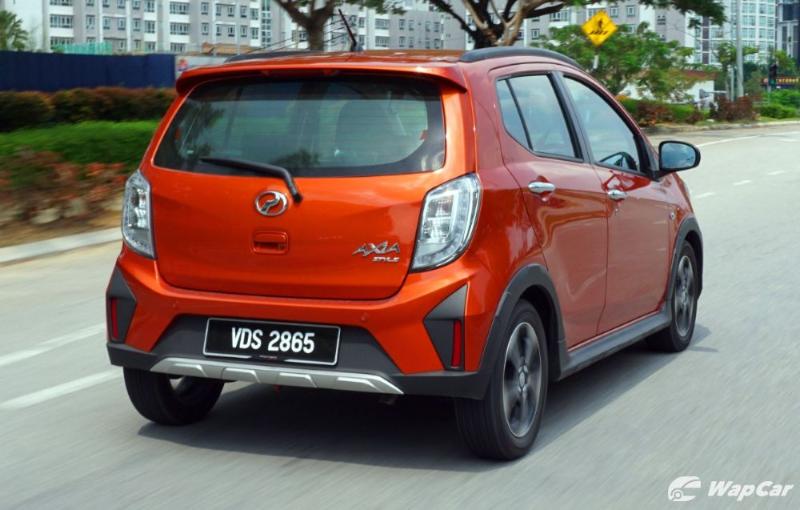 The minimum speed limit in an unrestricted environment is still a recipe for disaster. There is a limit to what the average person will perceive as fast, depending on their level of skill, confidence, and the condition of the car they are in. However, like stupidity, there seems to be no limit on one’s own confidence behind the wheel. Everyone overestimates their driving capability to a degree. 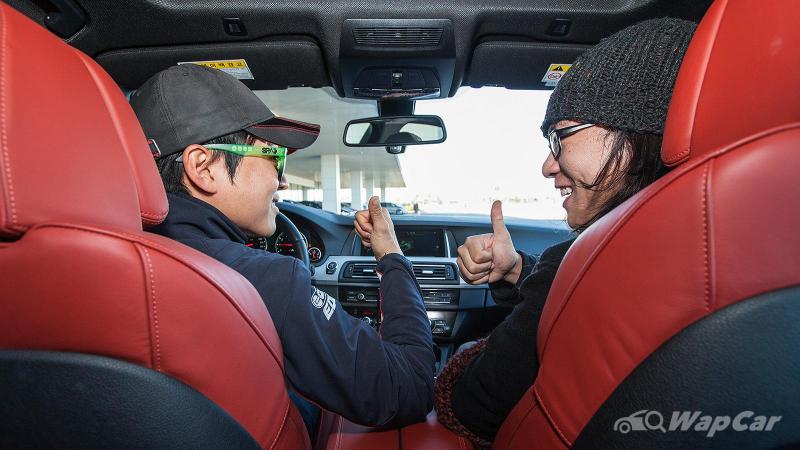 Australia’s highway speed limit of 110km/h is what I would deem as a universally manageable speed limit. Everyone from me in my little Honda Jazz to the veteran trucker in the 18-wheeler and the elderly C63 driver can comfortably share the same road. Ideally, a 10-20km/h increase would be good, but that would risk others tangling up with heavy goods vehicles or drivers who are towing. 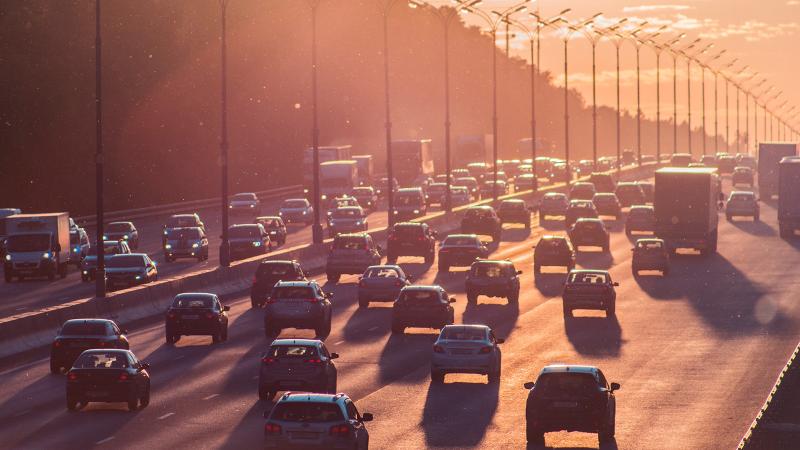 Photo by Alexander Popov via Unsplash

Yes, that C63 must be seething in impotent rage at the audacity of keeping to the speed limits. I know, I have had a go in the sedan and coupe and those cars break the speed limit the moment you take your eyes off the speedometer or sneeze. Then again, you should buy a car to suit the conditions, not hope that conditions would suit your car. 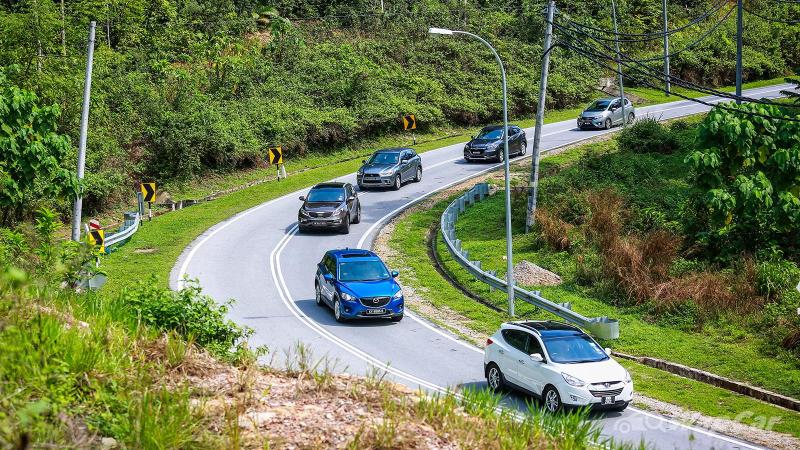 Arguably, these speed limits are blatantly accommodating the slowest common denominator, and that is correct. In a Darwinian sense, we are letting the old and feeble-minded dictate how fast we should be going. Well, cars in unskilled hands have devastating potential in the same way a screeching monkey with a gun is still capable of ruining your day. 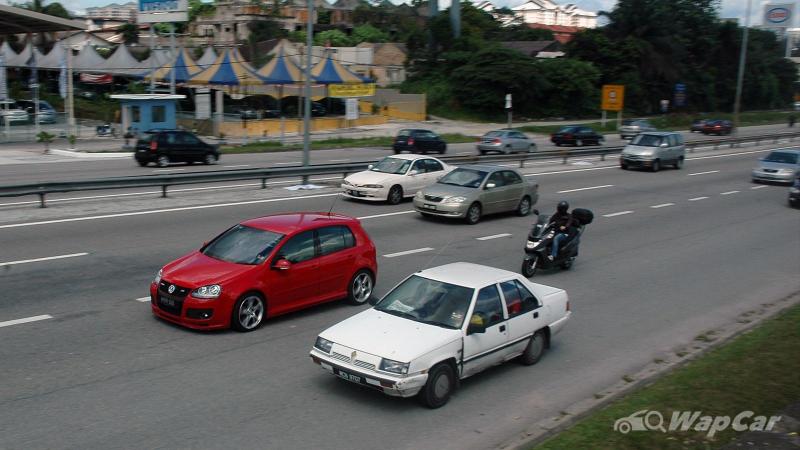 What I am certain of is that unrestricted speed limits won’t ease our driving grievances. Roads are a shared public space where users need to be mindful of one another. It is certainly not meant to be treated like some Thunderdome where the law of the jungle reigns and the meek are destined to be Lord Humungus' gimp. That is the basic rule of a functional society. 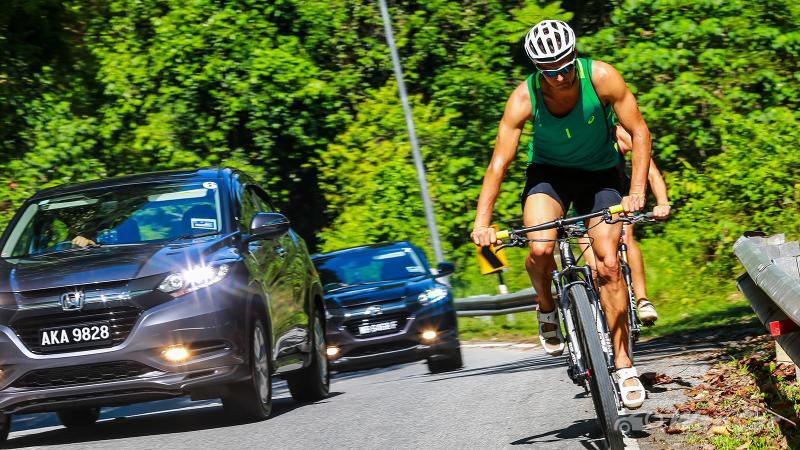 People are going to be inherently unequal in certain talents and unique in their needs, so to expect everyone to handle themselves well at speed is unreasonable. We have to accept that. Roads don’t become a better place when everyone is as quick as Hamilton or able to hold slides like Djan. Roads become safer with consistency and predictability.

The Motor Muse claims he is a fan of speed, he swears. Just don't read too deeply into his reasoning on why Bugatti's decision to stop speed record attempts is a good thing.