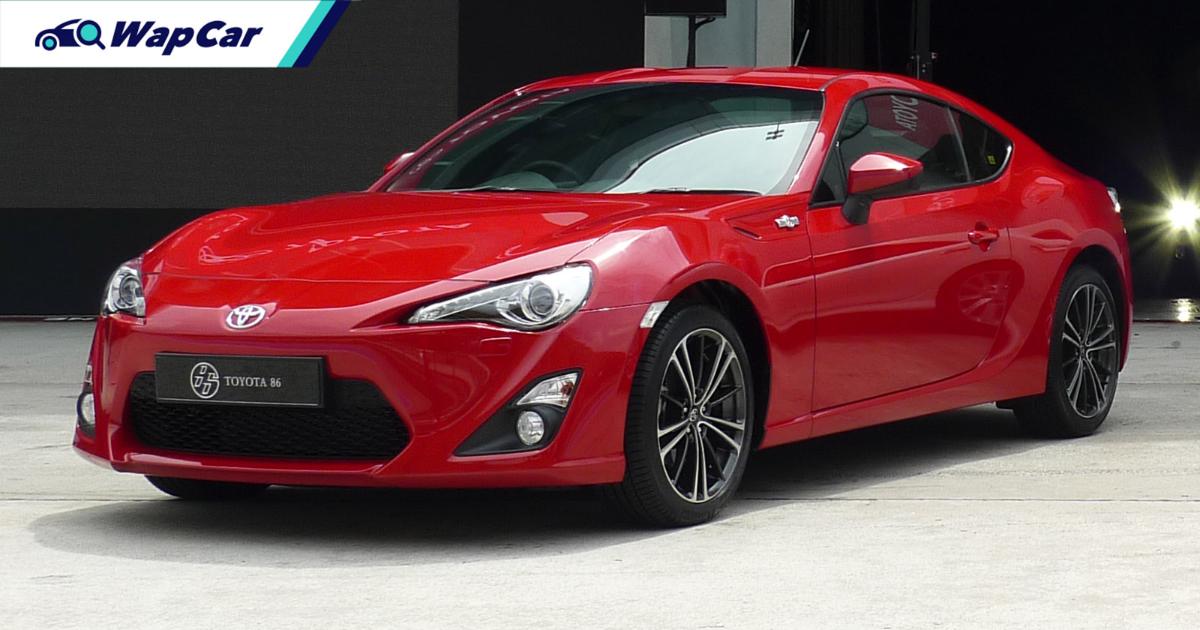 When I bought my reconditioned 2013 Subaru BRZ, it was a four year-old car. I paid around RM 148k for it. Similarly, my colleague Ethan, paid about RM 166k for his - also reconditioned - 2018 Toyota 86 (I might have had something to do with that). His is a three year-old car. RM 18k gap for a year's difference seems a little excessive, doesn't it? 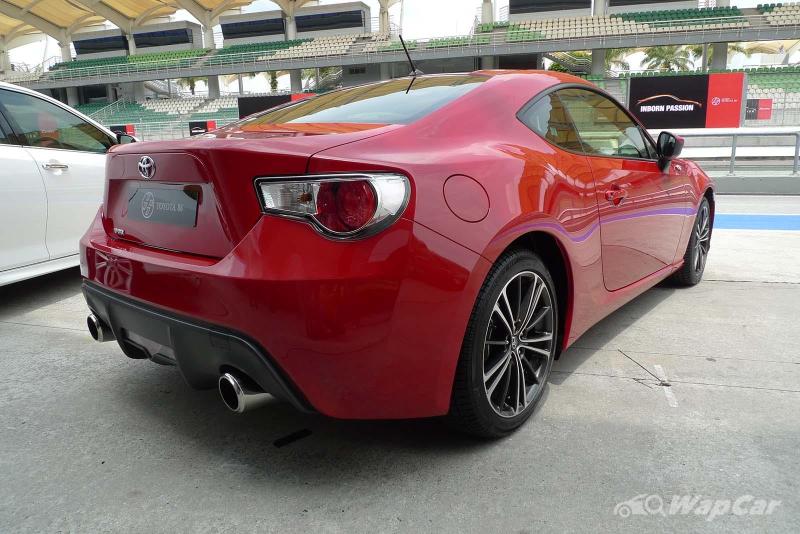 Far from dropping to the low RM 100k range (which I expected years earlier), prices of reconditioned Toyota 86s and Subaru BRZs have stayed robust and are going up. They're now venturing into the high RM 160k mark, some even touch RM 180k. 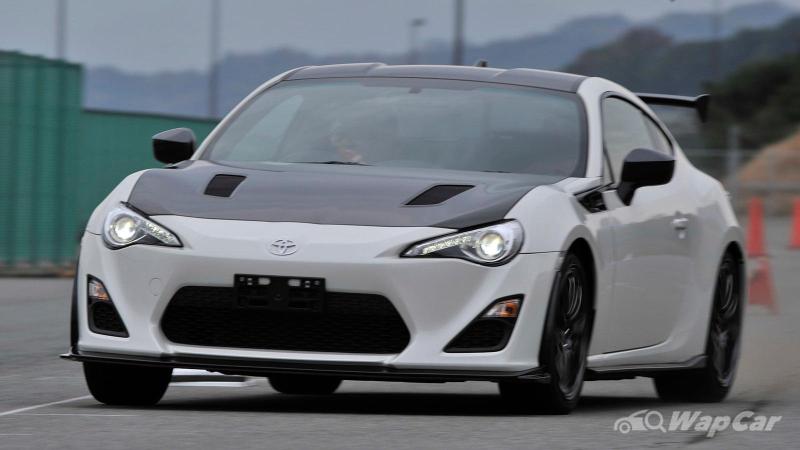 At RM 130k - RM 160k, you could make a case for it, as a sports car within reach of people looking for one. Beyond RM 170k, it starts to lose its value proposition as a sports car for the masses. My colleagues have even argued that beyond RM 170k, you're looking at a used BMW 428i money for cars of the same vintage (circa 2016, 2017 models).

Well, my colleagues are usually wrong, but in this instance, perhaps they're right. The question is, why this phenomenon? Let's attempt to make sense of it.

Yes, the all-new Toyota GR86/Subaru BRZ gained something that many people were clamouring for, extra power and torque. The FA24 unit now makes 235 PS and 250 Nm (35 PS and 45 Nm more than the FA20), but in a Malaysian context, that might be a problem to some. 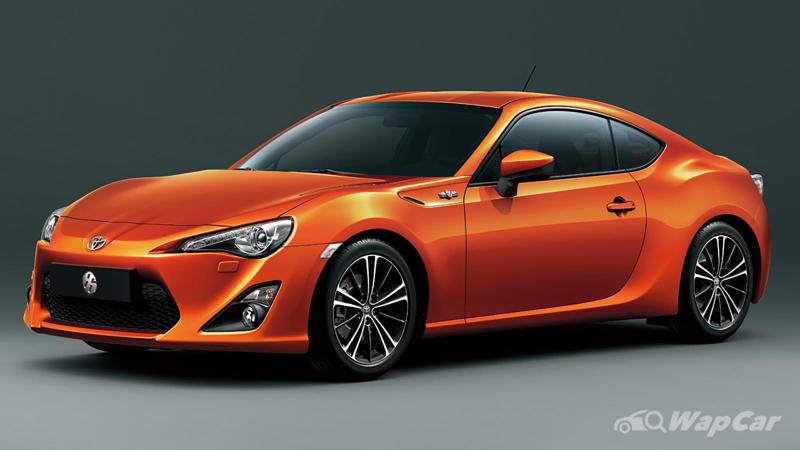 Furthermore, cars with higher engine capacities will also incur more excise duty and import taxes. To jog your memory a little, UMW Toyota sold the outgoing Toyota 86 here, for RM 243,000 (manual), in 2012. That was over nine years ago. Factor inflation into the equation, and realistically the pricing for the new GR86/BRZ twins would edge to almost RM 300k. 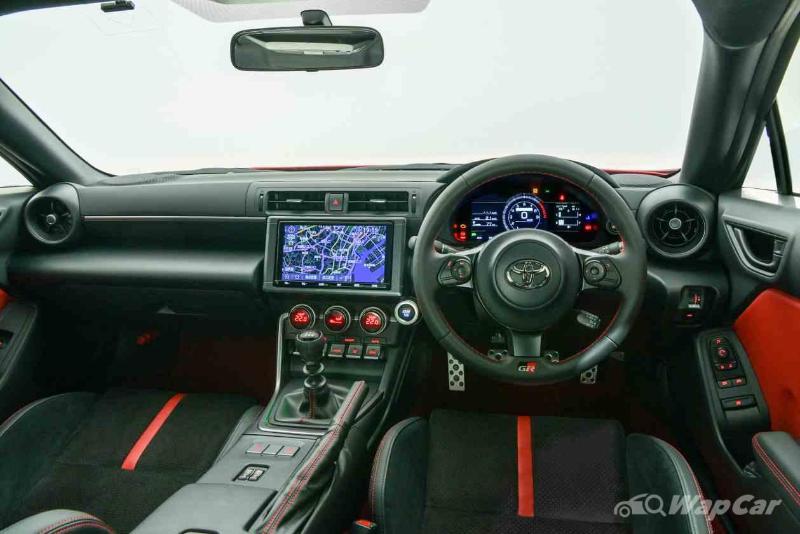 Therefore, while the prices of reconditioned outgoing 86s and BRZs are on the up, they are still relatively more affordable to its audience: someone who wants to buy an affordable (relatively) two-door sports car. It'll be a while before the all-new model becomes that, in our country at least. 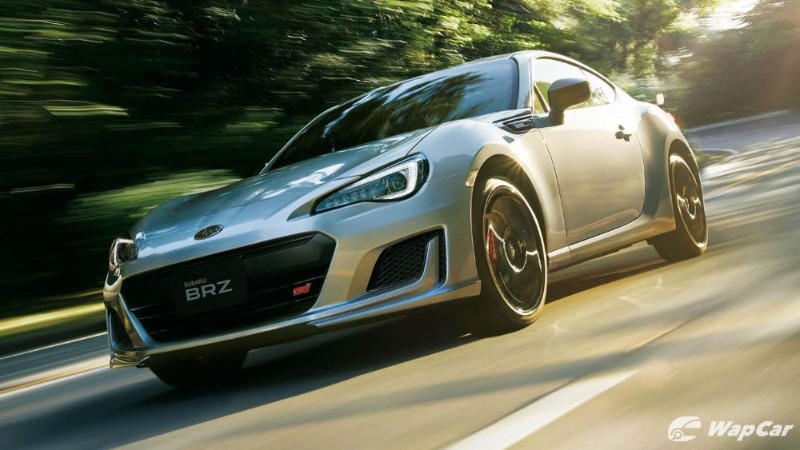 Undeniably, the market for two-door, rear-wheel-drive sports cars is dwindling by the day, and not everyone can afford to buy a Ferrari, Porsche or Lamborghini. Therein lies the appeal of the Toyota 86/Subaru BRZ, they're financially-attainable sports cars that deliver 70 - 80% of the thrills, for a fraction of what a supercar costs. 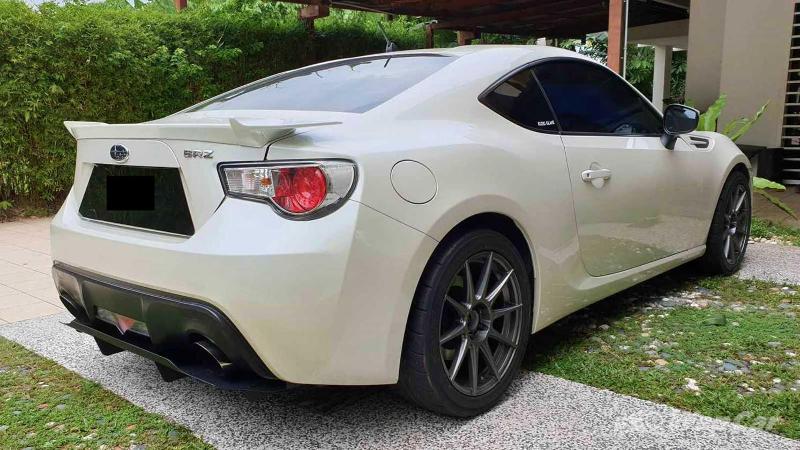 In saying that, the demand for such cars in our country saw a spike around 2017 - 2018, when grey importers started bringing the 86 and BRZ in at prices previously unheard of. If you had RM 120k - RM 140k to spend, and didn't want a new Honda Civic FC or Mazda 3, this was the de facto choice. 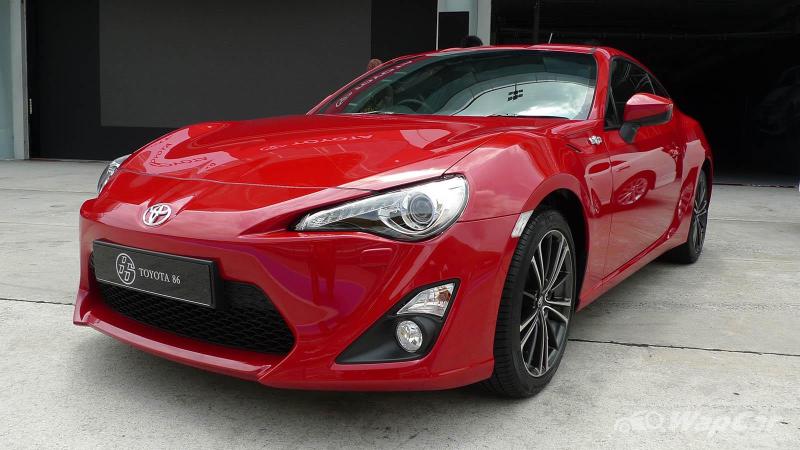 In my time owning my BRZ from 2017 till now, the number of people buying both the twins have been consistently strong, for what is ultimately a low-volume product (relative to Toyota and Subaru's line-up of cars). It would be safe to surmise that demand for this model is still at very healthy levels, even today. 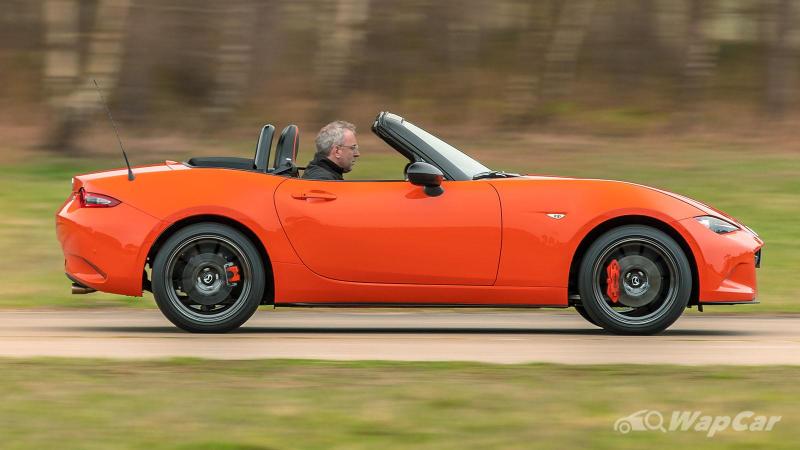 Think about it, what are the other options on the market for such a car? The Mazda MX-5/Miata, and that's pretty much it. It's very simple economics. When demand outstrips supply, it's a sellers' market, which means the grey importers and, - of wider significance -  Japanese sellers get to dictate prices.

They don't make these anymore, obviously 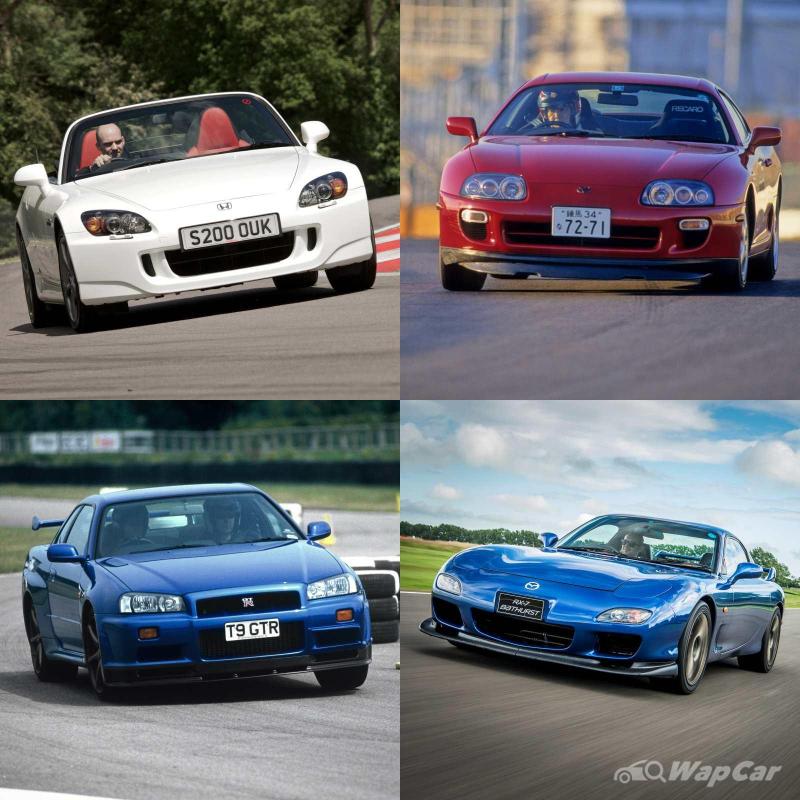 There seems to be a consistent narrative with Japanese sports cars. Once they're out of production, the market, and carbuying public will suddenly start pining/yearning for one. We've seen this with many models before this: Honda S2000, A80 Toyota Supra, R32 - R34 Nissan Skyline GT-R or even the FD Mazda RX-7 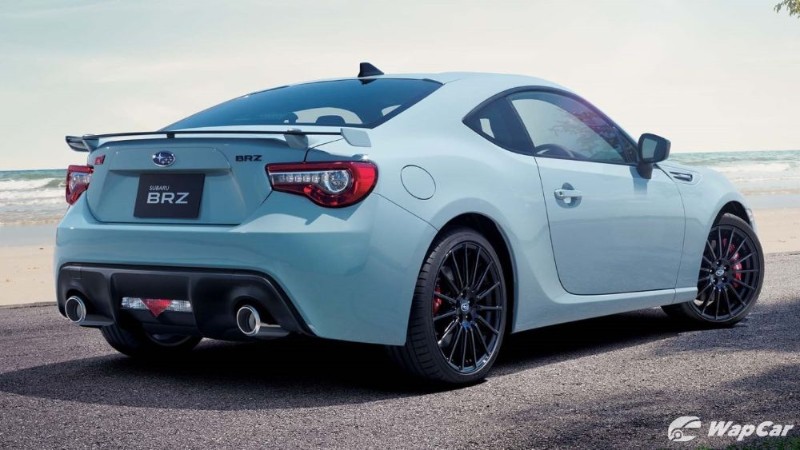 None of them did well when you could buy one new off the showroom floor. But once it was out of production (ergo, no more supply of new ones), the secondary market just went bananas. Bunch of hoarders. 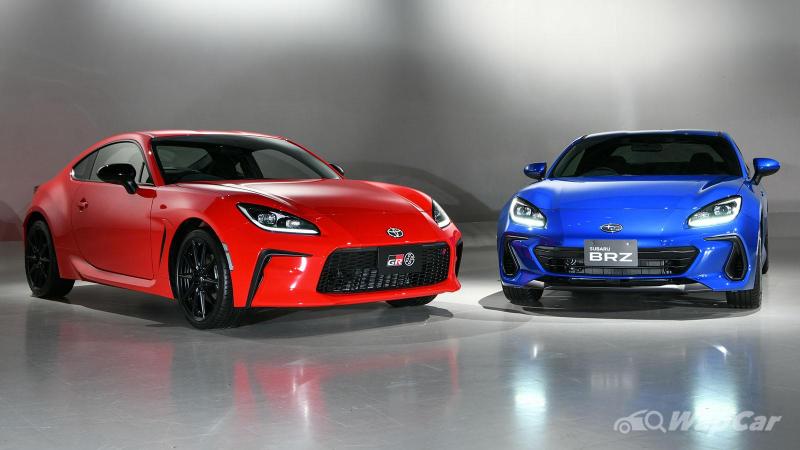 Never mind that there's the all-new GR86/BRZ, for one can always rock up to the dealership and buy one. They want what they can't have, which is to have one of these outgoing models in mint condition. 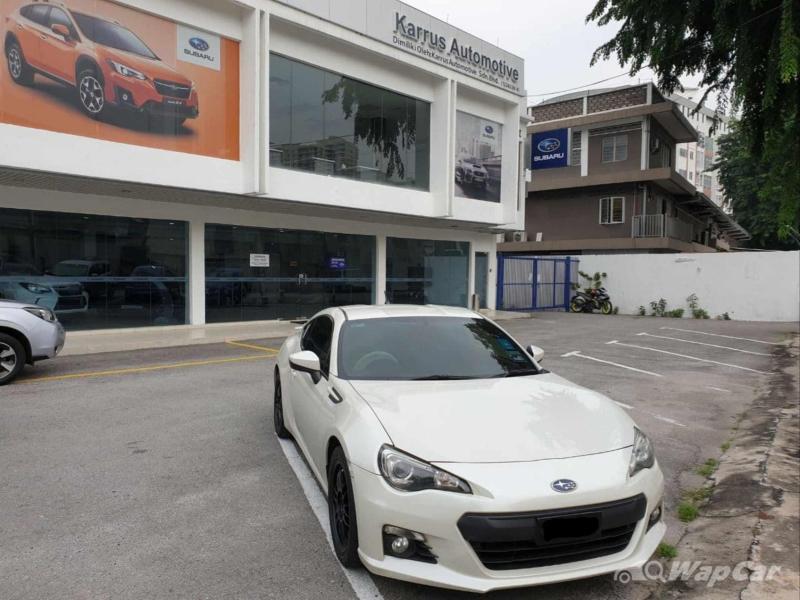 For now, the secondary market for the outgoing 86/BRZ is still pretty well-stocked, so it's very presumptive to think that the 86/BRZ will attain the nostalgic status of the cars above, given its age. Perhaps, the secondary/reconditioned market prices will stabilize once the all-new GR86 and BRZ becomes a more common sight in the roads.

It's no secret that I adore the Toyobaru twins. After all, I wouldn't own one if I didn't. Despite the prices going upwards, I would still happily recommend (with a caveat) buying one of these if you're looking for driving purity and rear-wheel-drive thrills. For the money, few can match it. 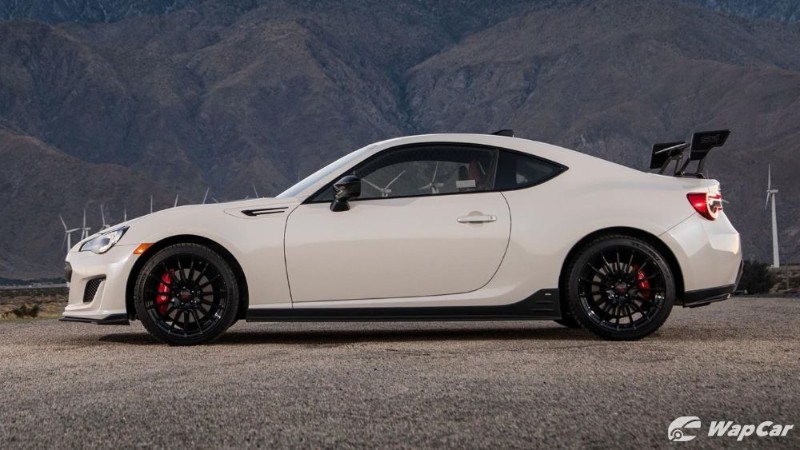 Said caveat would be that, stick to your budget, and don't overpay. If you have RM 140k - RM 160k, take your time. But when you finally do get your hands on one, it'll all be worth it. Almost five years in, I still love every minute of my time with this car.